Athletic Bilbao burst out of the gates with a high-octane press that unsettled Real Madrid’s seasoned technicians and raised the game to a frightening tempo. Julen Lopetegui embraced the chaos in the second half by bringing on Casemiro, Isco and Lucas Vázquez, but it only proved enough to salvage a 1-1 draw.

Real Madrid arrived in Bilbao with a starting eleven full of first team regulars. The one exception was Dani Ceballos, who got the nod ahead of Casemiro in order to rest him after he played heavy minutes in the international break for Brazil. This pushed Toni Kroos into a defensive midfield role behind the aforementioned Ceballos and the recently crowned UEFA Player of the Year Luka Modrić.

Eduardo Berizzo took the game just as seriously as his counterpart Julen Lopetegui and managed to select a strong lineup despite missing three players due to injury: goalkeeper Iago Herrerín, who was replaced by the 21-year-old Unai Simón, and fullbacks Mikel Balenziaga and Iñigo Lekue, who were succeeded by Yuri Berchiche and Óscar de Marcos respectively. These players, along with the rest of their teammates, lined up in what was a 4-2-3-1 in theory.

Raúl García played as the number ‘ten’ behind striker Inaki Williams and was flanked by wingers Markel Susaeta and Iker Muniain. Behind them sat Beñat Etxebarria and Dani García in a double-pivot, who protected a back four consisting of fullbacks Óscar de Marcos and Yuri and center backs Yeray Álvarez and Íñigo Martínez. 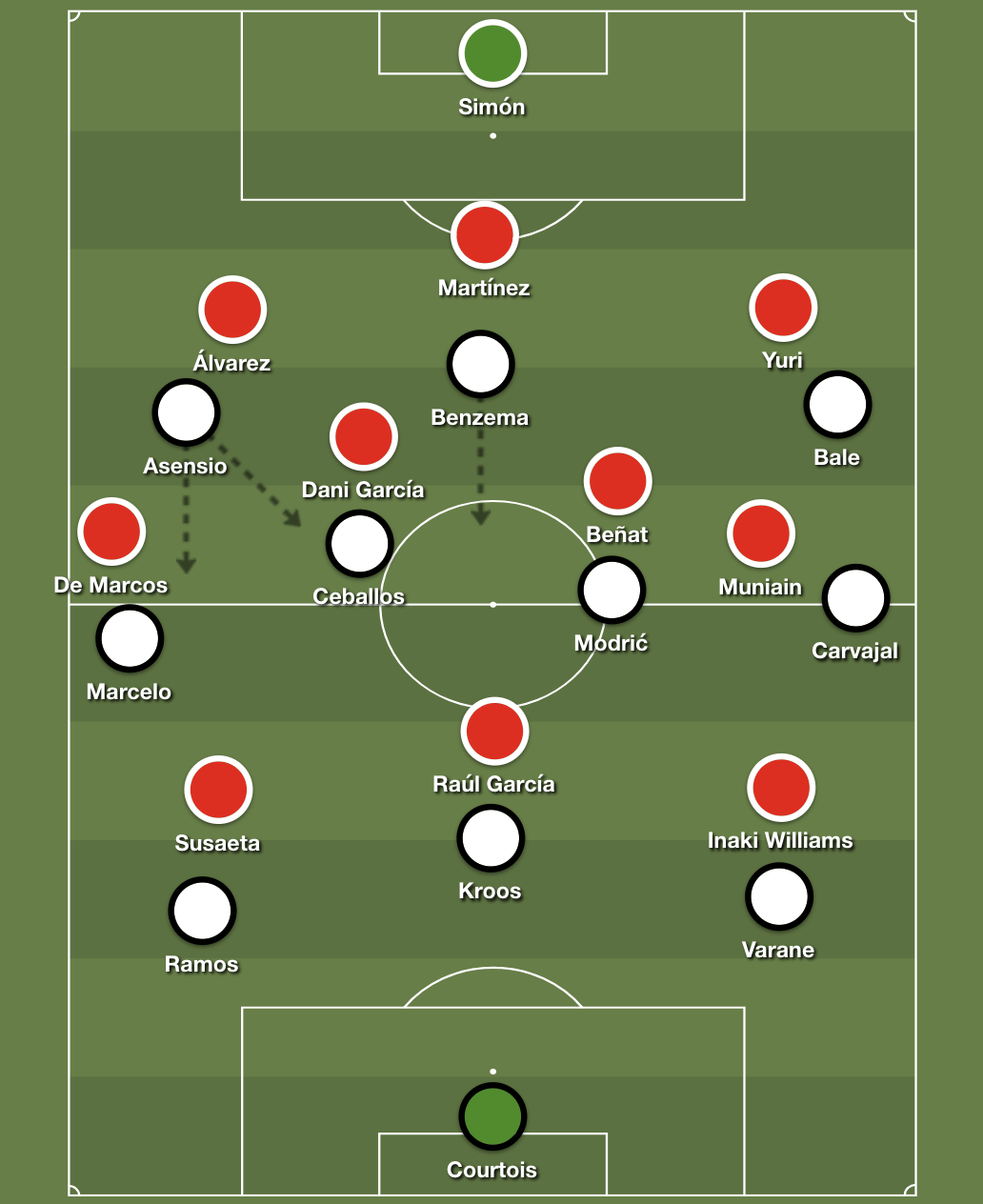 Athletic’s man-to-man press unsettles Madrid’s build-up
However, as can be seen in the lineup graphic above, Athletic Bilbao’s shape was often very different than the 4-2-3-1 they started out with on paper. When they decided to press high, one of Susaeta or Muniain would abandon the flank to rush forward depending on which side Madrid decided to build from. This sparked a reaction from the fullback behind them (and then the center back behind the fullback), as they hedged forward to cover the space on Athletic’s wings. The resulting chain reaction created a shape more akin to a 3-4-3, with every single player marking man-to-man.

As part of this marking system, Berizzo required his men to stick close to Real’s players and follow them wherever they moved. This meant that the likes of Modrić and Ceballos had no breathing space in which to operate. They were constantly closed down and fouled, with the Croatian surprisingly suffering more than anyone else. He was dispossessed four times in the first half and was eventually subbed off in the 61st minute.

Due to the Bilbao press, the tempo of the game rose to obscene levels very early in the game. Real Madrid’s one-touch play had to be quick and decisive in order to sustain their desire to build out from the back and Athletic’s defensive movements and tackles had to be fast and furious to stop them.

Lopetegui’s men actually held onto the ball well all things considered – Real kept completing passes at a high rate before Athletic could make a defensive action. A lot of this was thanks to Karim Benzema and Marco Asensio’s fluid movements. The two consistently offered themselves as outlets to relieve their besieged midfield and defense and were willing to move across the full width of the pitch to receive the ball.

But, while this helped Madrid dominate possession, it did not allow them to slow things down. Athletic’s defenders dutifully followed the two attackers wherever they moved, ensuring that Madrid’s passing had to stay sharp and quick.

Iñaki Williams provides a serious threat on the counter-attack

With Lopetegui’s men working at full capacity just to keep the ball, they lacked the energy and structure to deal with Athletic Bilbao’s counter-attack. This was especially true down Real Madrid’s left-hand side, which was exploited ruthlessly by Iñaki Williams.

The center forward took advantage of the space left behind by Marcelo and made numerous off-the-ball runs into the channel next to Sergio Ramos. Athletic accessed the pacey Inaki with direct balls or quick combinations down their right flank. In order to support him after the ball was played, Susaeta, Muniain, and Raúl García would all make supporting runs.

Though this action caused Madrid plenty of trouble and created the majority of the home side’s shots, Athletic ironically scored in a slower possession-based move. The pace of the game also helped Athletic here too, as the tired and weary Madrid players declined to press Berizzo’s back line. This gave center backs Yeray Álvarez and Íñigo Martínez plenty of time and space to play the ball into midfield, forcing Madrid to shift their defensive line backwards.

Then, just as if it was another counter-attack, Iñaki Williams made a run into the right channel. Scarred by similar moves from Williams beforehand, the entire Madrid defense turned their attention to him, allowing De Marcos to charge forward on the underlap undetected. By the time the Real players had figured out what was happening, the Athletic right back received a smart pass and played a cross into the box for Williams to tap home off of Muniain. 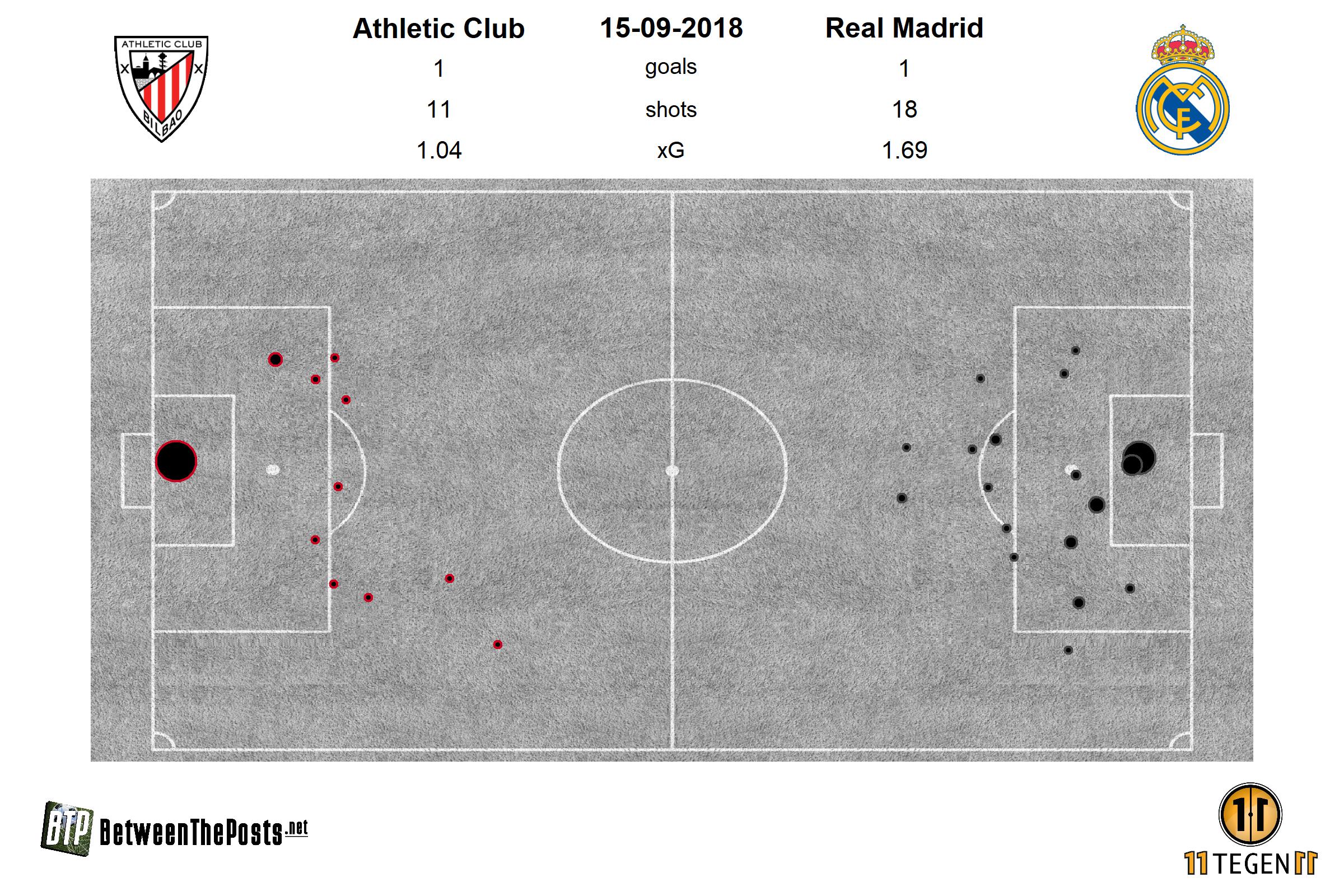 Lopetegui embraces the chaos in the second half

Overrun and unnerved by half-time, Julen Lopetegui threw his playbook in the dustbin and abandoned his usual tactics. Calculating that it was close to impossible to control the match with the slower and more deliberative football he was used to, the Madrid manager brought on Casemiro for Dani Ceballos.

Almost immediately, the Brazilian defensive midfielder brought more defensive stability and offensive chaos to Real’s game. He took up Kroos’ position in front of the defense and shielded the left flank well against the threat of Inaki Williams. Additionally, Casemiro matched Athletic physically, squaring up to Raúl García and plowing through scuffles that drove the referee insane. This allowed Madrid to speed up their tempo and go more direct, as Ramos and Varane knew that Casemiro would use his physicality and skill in fifty-fifty duels to protect against quick losses of possession.

Lopetegui further embraced this tactical shift by bringing on Isco for the underperforming Modrić in the 61st minute. The Spanish playmaker’s dazzling close control and press resistance allowed him to break through Athletic’s lines with long-winded ball carrying movements, something Asensio began to replicate as the half wore on.

But first, Isco contributed to the madness with a headed – yes, headed – goal. Two minutes after his substitution, Casemiro won an aerial duel before bringing down the ball for Kroos. The German playmaker looked up and saw Bale running off-the-shoulder of the defense. A long ball soon arrived, which the Welshman controlled and curled into the box. Isco, of all people, met the delivery emphatically and tied the score up at 1-1.

These two trends – more direct play from Madrid and lots of ball carrying – continued for the rest of the contest, with the former strategy providing a great chance to win the game when Ramos hit a lofted pass into the path of Asensio. Unfortunately for him and Madrid, Simón stood tall and pulled off an impressive 1v1 save to ensure things ended as a draw.

Conclusion
The 1-1 result left many Madridistas disappointed, as their team dropped points on a day when Barcelona escaped their own tough encounter versus Real Sociedad with a narrow victory.

But there is reason to be optimistic. Lopetegui’s half-time changes demonstrated his tactical flexibility and willingness to react to different game situations, something that will undoubtedly be valuable in the future.

Furthermore, Madrid are still not fully accustomed to their manager’s philosophy, meaning that their potential peak level is very much above what their fans witnessed in Bilbao.

As for Athletic de Bilbao, they too have reasons to feel good about themselves. They held the mighty Real Madrid to a draw thanks to extremely impressive tactics and a strong individual performance from Iñaki Williams. This bodes well after an extremely disappointing 2017/18 season where they finished close to the relegation zone in sixteenth place.

Nevertheless, they must keep themselves grounded, as the international break afforded them a long period to prepare and rest up for the intense game plan they executed this weekend. They will not have that benefit too many more times this season. 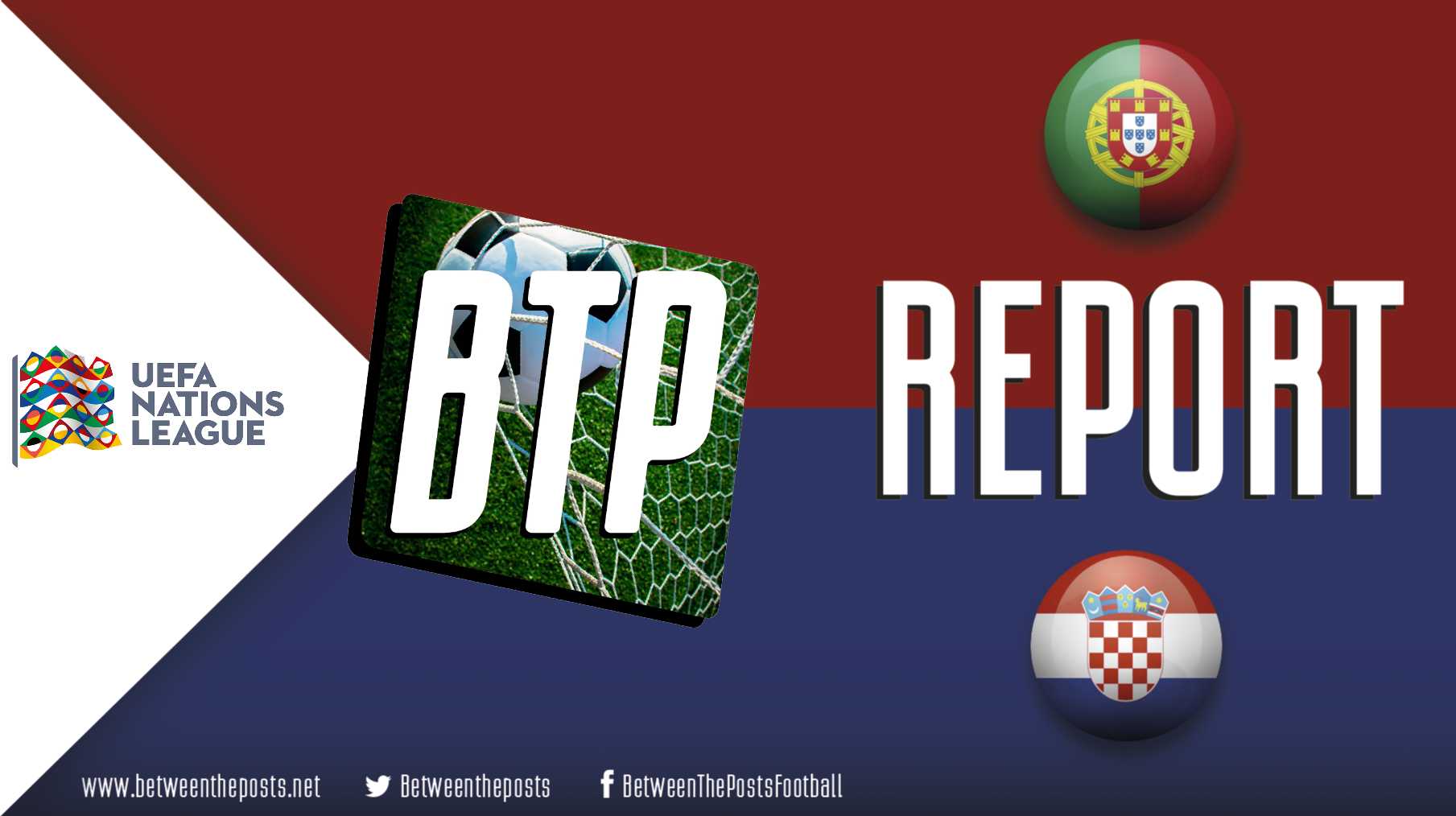