Barcelona-Girona: visitors take a point at Camp Nou after congesting central areas defensively and encouraging Portu to stretch his legs (2-2)

Eusebio Sacristán knows Barcelona both as an opponent and from within, having spent part of his own coaching journey with the club’s B team. While managing Real Sociedad, he had plenty of success against the Barça, especially at Anoeta, with his high press and technical midfield always a combination that caused Barça plenty of problems.

Eusebio’s approach stole more points from the Catalan giants on LaLiga’s fifth match day, as Girona scraped a 2-2 scoreline at Camp Nou against an Ernesto Valverde side that had to battle for the best part of an hour with ten men. 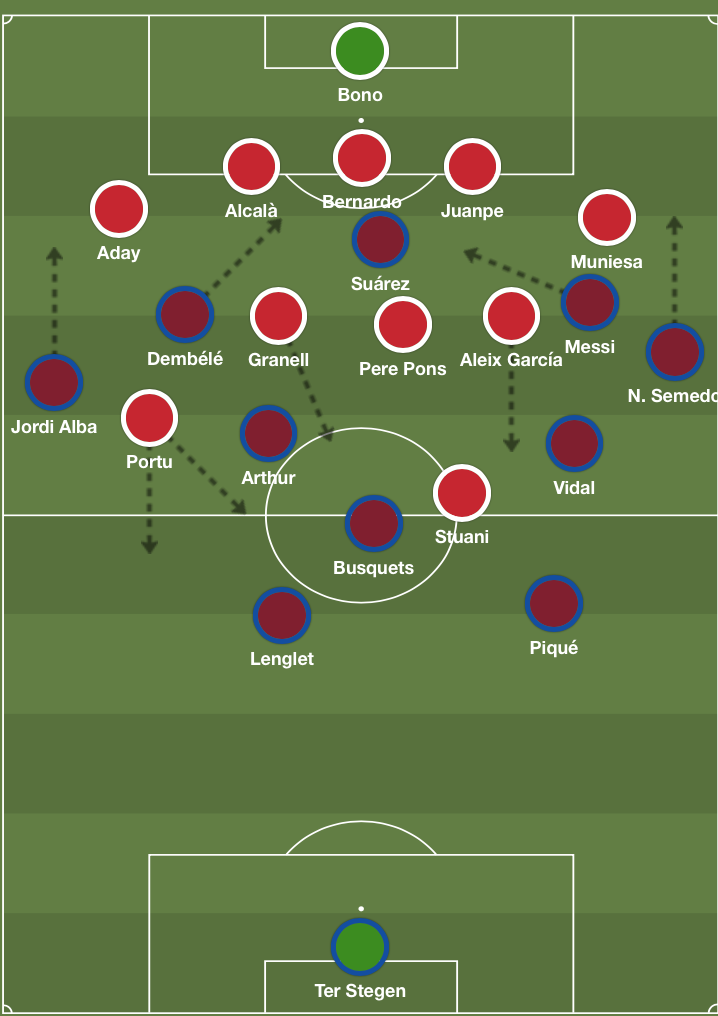 Girona staying narrow and congesting the edge of the box to frustrate
Girona set up to frustrate, deploying their usual central defensive three of Juanpe, Pedro Alcalà and Bernardo Espinosa. All three can be combative, go man-for-man and hold their own in the air, as the away side made the usual presumption of trying to funnel Barcelona wide to encourage crosses into a penalty area that they were confident protecting aerially against the likes of Luis Suárez. Their only aerial concern in open play could have been a roaming Arturo Vidal.

Marc Muniesa and Aday Benítez lined up at wing back, with 19-year-old Pedro Porro not flung in at the deep end after a strong start to the campaign. Instead, Eusebio opted for more experience and options that were better versed on the defensive side of things.

Right wingback Aday remained fairly narrow, while still keeping an eye on Jordi Alba’s movements, but did offer the quality required to swing in a cross for Cristhian Stuani’s equaliser. Muniesa, on the other flank, was reluctant to pull too far from his left-sided central defender unless Girona had settled in possession themselves.

By keeping fairly narrow, Girona sought to ensure that the in-form Ousmane Dembélé did not have the chance to show his one-versus-one prowess. The Frenchman rarely got up to top speed, and was not afforded the time or space to show his close control and obvious talents. After Clement Lenglet’s first-half red card, it was his compatriot Dembélé who was sacrificed for Samuel Umtiti to come into the game and make up a back four.

Providing a united front along the edge of their own penalty area, Girona often limited Barça to mid-to-long range shots, or banking on some magic from Lionel Messi opening up some space with some of his mazy dribbling from the right-hand side.

The presence of Nelson Semedo on Barça’s right flank did give Messi the license to roam and try and create something from nothing, and the away side’s central defenders were guilty of being cynical at times. Juanpe committed two fouls, Alcalà managed one and Bernardo recorded two, with all three picking up bookings across the course of the game.

The defensive trio played in close proximity and ensured that, with their wing backs tucked in fairly narrow, Barça were reliant on a bit of magic to unlock the door. In reality, their approach both frustrated the hosts and also awarded Messi the chance to try his luck from various free-kick scenarios, but goalkeeper Bono was equal to any that found their way on target.

Dembélé’s form comes at a collective price
Dembélé arrived in this game with five goals across Barcelona’s early competitive games. The Frenchman offers the dribbling ability, drive and, most importantly, pace that Valverde was missing at times last campaign. However, due to his inexperience and style of play, the Frenchman is guilty of sometimes taking the wrong option, losing possession and therefore destabilising what was a tight-knit unit in the 2017/18 season.

Valverde has kicked off this campaign with Barça utilising a 4-3-3 system to try and accommodate Dembélé in the best way possible, having already tried to get the Frenchman and Philippe Coutinho featuring in the wide areas of a 4-4-2 shape with limited success in the second half of last season.

The ex-Dortmund starlet’s recent form is simply a direct result of giving him consistent minutes, as his quality has had more chance to show, but against a potent counter-attacking outfit such as Girona, his natural mistakes can pose more danger than in other contests.

Even after the dismissal of Lenglet around ten minutes before the half-time break, Valverde chose to persevere with Dembélé in attack and drop Sergio Busquets in at centre back. It was little surprise that a half-time reshuffle, which saw Umtiti come into the fray at the expense of his compatriot, immediately helped Barça regain control in possession once more.

Girona congested the center of the field well, nullifying the threat of a player who likes space to glide into, or the opportunity to isolate defenders and beat them in separate duels. Dembélé can be both a blessing and a curse. That is part of his charm as a young player.

Portu playing with one foot out of the front door
Even in the first half, when Girona were yet to be encouraged by poor defending from the hosts, Portu’s first thought was always on the offensive. The ex-Valencia forward has shone as part of a dangerous trio on his side’s right this season, linking up with captain Alex Granell and young wingback Pedro Porro nicely. In this clash, he did not have the close support of the latter, but shone thanks to his incredible athleticism.

Portu looked to drop just about deep enough to not give Jordi Alba the confidence to think that he could play against Aday Benítez in a one-versus-one situation whenever Barça moved the ball to the left-hand side of the field. Simultaneously, he sniffed for any opportunity to get forward.

Should Barcelona move the ball out wide to the right, he would step up in anticipation of mopping up any risky diagonals, or potentially putting pressure on an opposing defender who was having to take a cross-field pass down carefully as Barcelona shuffled from flank to flank. Portu’s lightning pace is enough to worry any player that is coming under pressure, with the Girona wide man closing huge distances in a couple of seconds.

Despite pulling to the right when Girona were off the ball for a long period, Portu operated most prominently as a second striker as soon as his side turned possession over. Pere Pons and Aleix García provided the legs alongside Granell, as the away side’s midfield three was somewhat lopsided with Aleix ensuring that Muniesa got plenty of help against the advanced presences of Semedo and Messi.

The left foot of Granell is a vital weapon for Girona in the center of midfield, and Eusebio’s captain has the ability to weight through balls very invitingly for Portu, boosting by seasons of understanding how to place passes for his incredibly quick teammate to benefit from them.

Unsurprisingly, this combination sought to stretch a Barcelona defence that receives less defensive cover since their switch to a 4-3-3. The sheer threat of Portu’s pace forced Alba to sit deeper than he would prefer in the second half, as Lenglet’s red card left Valverde a little more concerned of Girona’s potential to find a spare man over on the break.

It was a scampering Portu run that made the difference to allow Girona to make it 2-1, with the Spaniard’s pace enabling him to coast beyond Piqué and be brought down when entering the opposition penalty area. Rather than staying down, he quickly got back to his feet and struck a poor finish against Marc-Andre ter Stegen – but Stuani was there to rifle home the rebound in thunderous fashion. Incisive pace kills against Barça’s central defensive partnerships that have looked shaky so far this campaign.

Luckily for the homeside, Piqué could restore his mistake by scoring 2-2 in the 63rd minute. After their equaliser, the outnumbered Barcelona kept pushing for a winner against Girona’s tight defense. This did not amount to loads of chances however. Because Girona’s counter-attacking was controlled well, Piqué’s header turned out to be the last goal of the match.

Takeaways
Ernesto Valverde’s Barcelona offer a more direct threat this season and Messi is always dangerous, but Girona showed what can be achieved by setting up well against a team that have just one profile of striker.

Safe in the knowledge that their three central defenders would only be tested in the air in dead-ball scenarios, Girona plugged the gaps centrally and trusted their lightning-quick forward Portu to help cause disarray in behind enemy lines, knowing full well that Valverde lacked the options on the bench to force them to change tack.

Girona make the short journey home with a point in hand, ending Barcelona’s 100-percent record in 2018/19 and showing that they are no pushovers following the exit of former coach Pablo Machín in the summer. 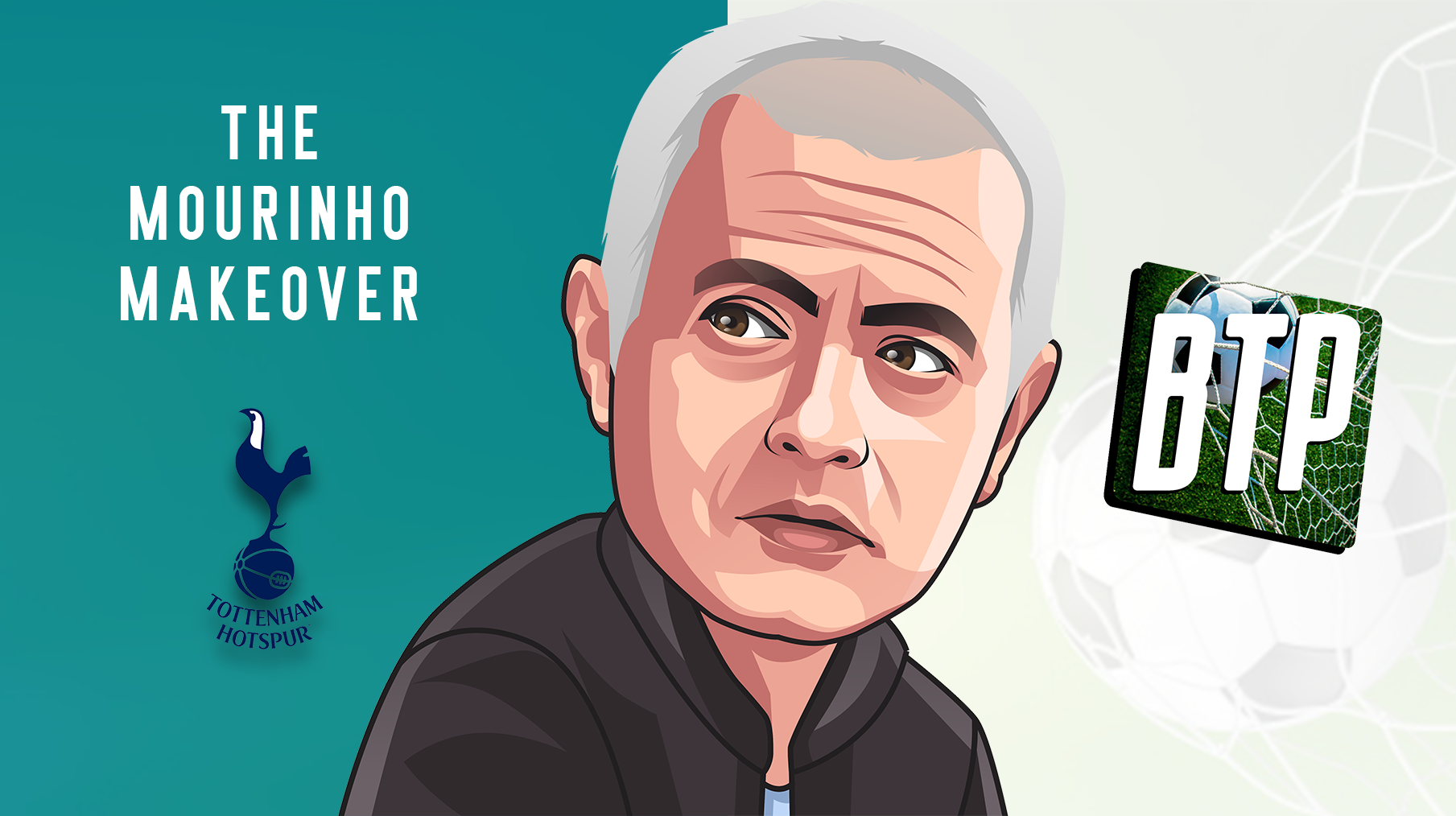 Why The Mourinho Makeover Is Failing At Tottenham 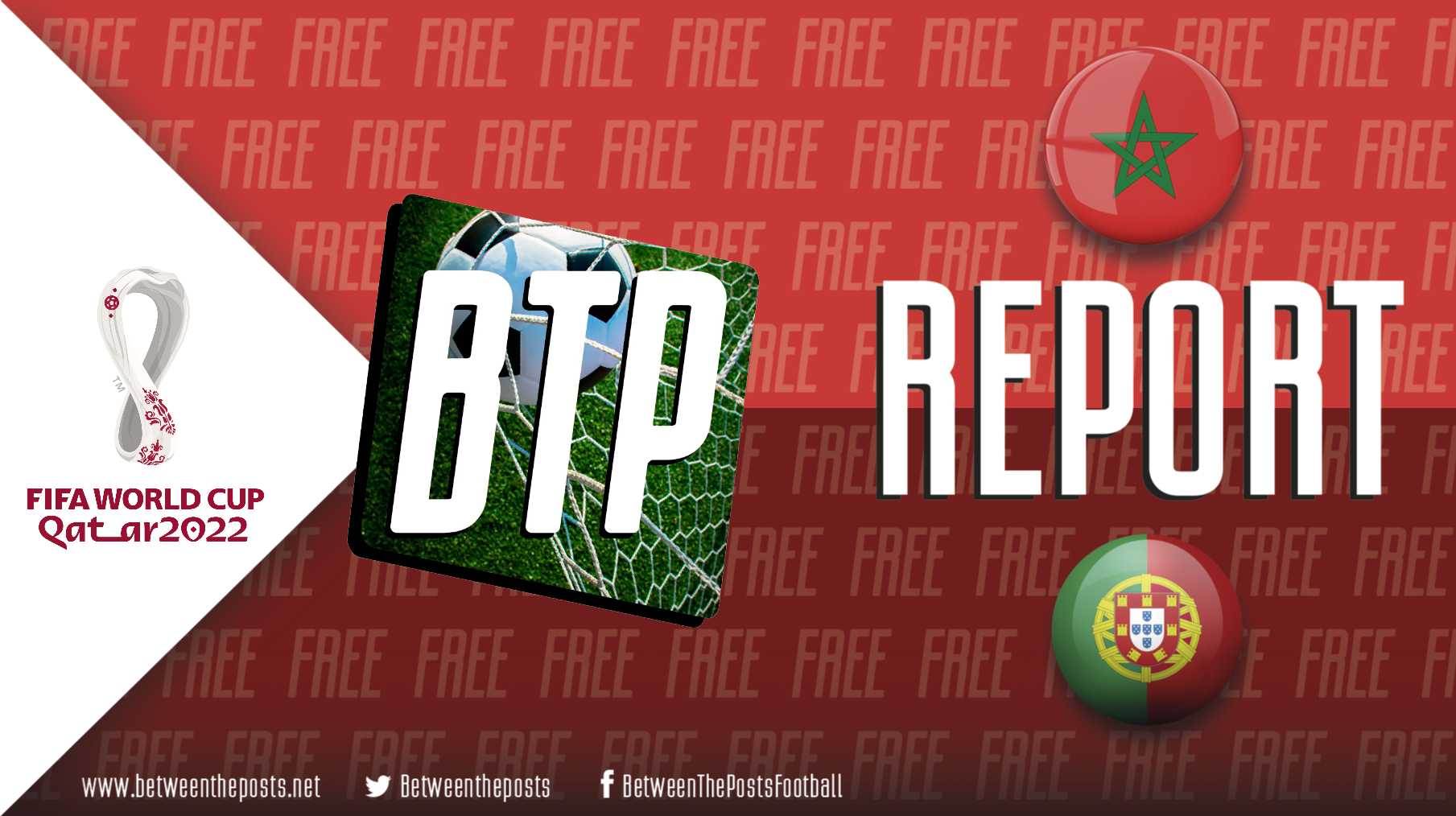