Welcome to the weekend primer of Between the Posts. In this article, you can find out which games are going to be featured on our site during the weekend, including a little preview of these matches. Nine games will be featured, go check them out!

We don’t have to elaborate about how fantastic Manchester City still are, do we? Even though they lost their first game last week against Chelsea – a match in which they looked the better team for large parts – midweeks Champions League action saw them win against Hoffenheim. Everton play in a modern 4-2-3-1 shape in possession, but will probably retreat in this match and form a 4-5-1 or 4-4-1-1 formation when Manchester City has the ball. Everton’s Expected Goals conceded from open play is fifth best in the league, as Marco Silva is perfectly able to organize his defense. It might be the perfect formula to unsettle City, as Everton have the physical Brazilian attacker Richarlison playing up top, who loves going in behind the defense. One of the few Premier League matches City did not win last season came against Everton, so that serves as a warning for Pep Guardiola’s team. 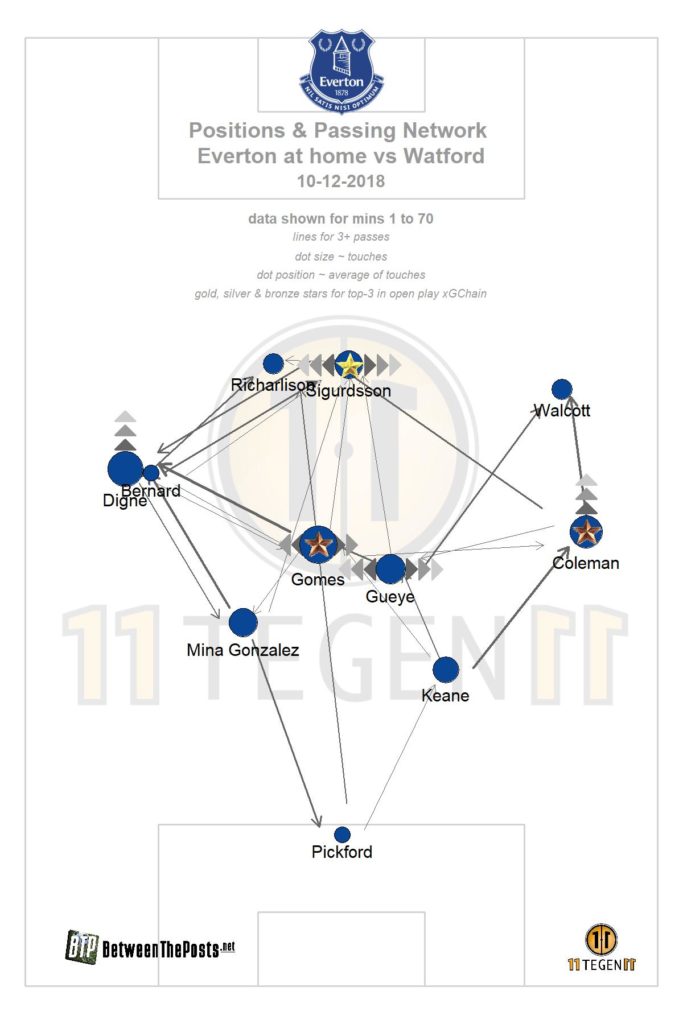 Are Bayern Munich in crisis? Well, only when you define ‘crisis’ as not being on cruise control towards another league title. The gap to league leaders Borussia Dortmund has grown to an impressive nine points. In underlying numbers, though, Bayern impress with by far the best shot differential and Expected Goal differential. And just this week, a tumultuous draw with Ajax secured their win in the group stage of the Champions League.

Hannover, meanwhile, seem to suffer from ‘second season syndrome’. After finishing in a relatively comfortable 13th spot in their first season back in the Bundesliga, things look more problematic this season. With 29 goals conceded, defense has been a problem this season. Their open play defense looks a reasonable tenth in underlying numbers, though. It is set piece defense that looks particularly susceptible, dragging their overall defensive numbers down.

It has been a horrible season so far for both these clubs. Rayo Vallecano are 19th in LaLiga and together with Huesca, they have conceded the most goals so far this season (30). Real Madrid are fourth. In December. Not good.

Losing 0-3 to CSKA Moscow last Wednesday adds to what has been a strange and very inconsistent season. Solari’s surprising decision to implement a high press – which was certainly not one of Real’s tactical traits under either Zidane or Lopetegui – is one of the few things going well so far for Los Merengues. The defense looks incoherent, chance creation is far from elite, there is talk of unhappy players and Real’s counterpress is non-existent. Rayo Vallecano should still be an easy target to gain some confidence, but so was CSKA Moscow, right?

Okay, Real Madrid played some sort of a B-team…
And CSKA proved very efficient in their finishing…
But this still begs a lot of questions. pic.twitter.com/7Al2vrAry7

More foreign influences in the Premier League! Southampton have appointed German manager Ralph Hasenhüttl as the successor of the dismissed Mark Hughes, who this just summer had earned a three-year contract extension after avoiding relegation. Underlying numbers had been nothing short of terrible, though, and it came to show this present season, with a severely worrying 19th place and the club still waiting for its first home victory of the season.

The only way is up then, for Hasenhüttl. Nicknamed ‘The Klopp of the Alps’, he is known for a particular brand of high-energy football that should appeal to fans. But, as the Austrian manager aptly stated “if you want a guarantee, buy a washing machine.”

After two consecutive defeats against Manchester City and Chelsea, Unai Emery’s Arsenal have gone on a fourteen match unbeaten run. The Gunners are firmly part of the top four race in their manager’s first season. Looking at it from a slightly more analytic side, though, there is room for concern. Emery has shown he can turn things around mid game, but the fact that Arsenal still haven’t led a single game at half-time fuels concerns about the basic approach. Underlying numbers are also somewhat behind their main top four rival, Tottenham Hotspur. 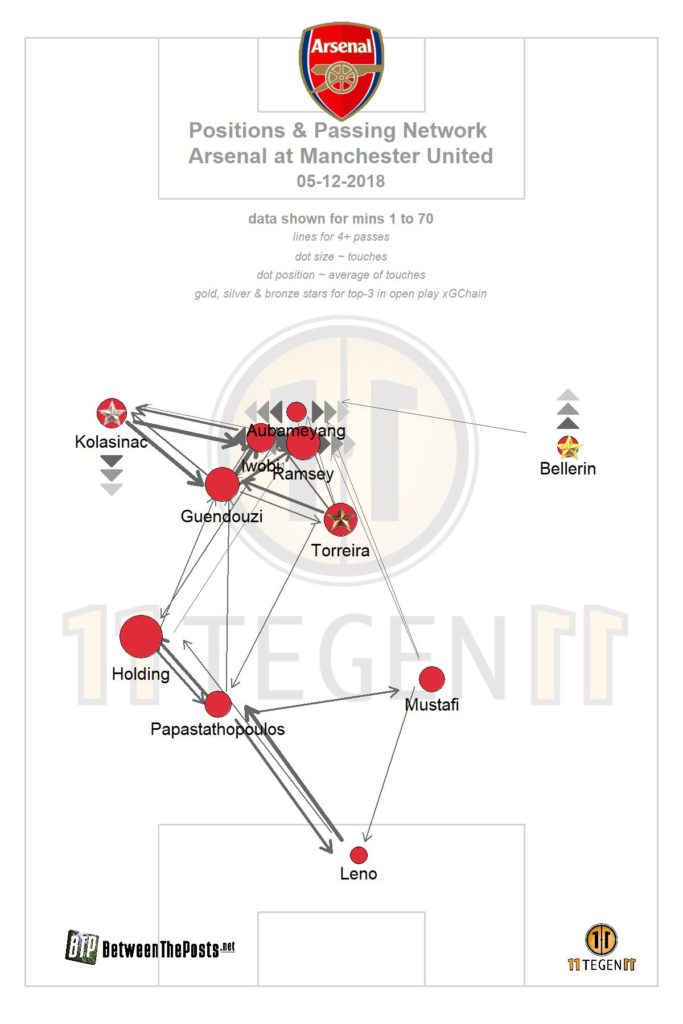 Once upon a time, José Mourinho was known for his trademark killing of games. Setting up in a very defensive manner, he had his team grind out 1-0 home wins and 0-0 away draws against the fellow top teams. Those days seems long gone now, with Manchester United among the most open teams in the Premier League, if total goals scored in their matches is something to go by. Defending had been a particular problem, with just five teams conceding more goals than United.

Enter Liverpool, the team with by some margin the best open play offense – bar the extraterrestrial performances of Manchester City, that is. After some slight offensive concerns over the past month, Liverpool have once again reminded us of their offensive prowess in the impressive defeat of Napoli this week.

Liverpool – Manchester United is as much a clash of two clubs moving in opposite directions, as it is a clash between two managers that seemingly belong to two different generational classes.

Genoa feature Serie A’s top scorer, young Polish striker Krzysztof Piatek, who has managed to score fifteen league goals, one more than Cristiano Ronaldo and Ciro Immobile. His nifty conversion numbers do not stop Genoa from being fifteenth in the league, and a look at their underlying statistics – which you can explore on our stats page – show they are deservedly camping in the lower half of the table. The last Serie A game Genoa won was in late September.

Their opponent AS Roma – Champions League semifinalists last year – have simply not been able to string together a spell of good results. Their last three Serie A games have yielded two points and they lost against Viktoria Plzeň in their last Champions League group game. Chance creation especially is a problem, which makes Genoa an annoying opponent, because they are expected to camp back in their defensive 5-3-2 formation.

Don’t sleep on Levante. They won against Real Madrid – in the Bernabéu, mind you – and have some players that can seriously hurt you on the counterattack, like José Luis Morales. Defending has been a problem on the other hand, as Levante are one of the worst teams when it comes to conceded Expected Goals. Their 4-4 draw against Eibar pretty much some them up as a whole.

If Lionel Messi plays against a shaky defense, you have to watch, right? Well, you have to watch Messi every time you can, but the point is: this could be a spectacular game. Barcelona sometimes have a hard time stopping counterattacks, which is exactly Levante’s forte. Of course, Barcelona will probably win, but don’t be surprised if Levante score a goal or two because of the space in behind Barcelona’s defense. 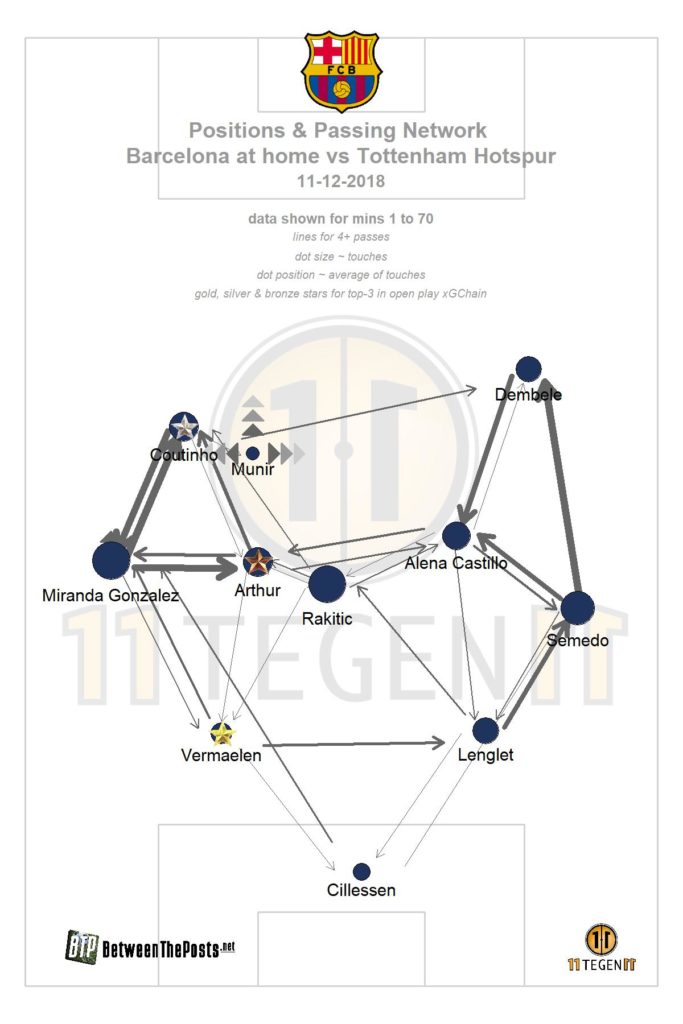 Emmanuel Macron’s set of economic reforms has provoked anger among a part of the French population, culminating in demonstrations by a group called les Gillets Jaunes. Multiple matches in Ligue 1 were postponed because there was not enough police at hand, because of violent demonstrations elsewhere in the country.

Maybe after Macron has rejuvenated France, he can do the same with AS Monaco, who are in a similar crisis and in dire need of leadership. Even though Thierry Henry makes sure players tuck in their chair, Monaco have not been able to tuck in goals so far, scoring only six times in eleven matches under his reign. The glory days with Bernardo Silva, Benjamin Mendy and Kyllian Mbappé are over, but this is still a squad with enough quality to make it out of the relegation zone.

Lyon have been Lyon this season. At times breathtakingly dynamic and spectacular, at times a defensively fragile unit. More often than not, this instability is on display during different phases of the same match.
The vast amount of young talent on the pitch Sunday Evening– Youri Tielemans, Benjamin Henrichs, Benoît Badiashile, Tanguy Ndombélé, Hossem Aouar, Farland Mendy, Memphis Depay – make this a very watchable game anyway, whatever the result may be.

Atalanta Bergamo are one of the best teams in the Serie A. Bear with me here (or simply take a look at our stats page). They have created just as many Expected Goals as Juventus. Defensively, they clock in as number eight, which explains their current seventh place in the league. Opponents Lazio Roma – currently fifth – play in more or less the same formation as Atalanta, also deploying three center-backs in a 3-4-3 / 3-5-2 hybrid shape. This often means the build-up is three-versus-two, the midfield is three-versus-three, the wing-backs mark each other, and the attack is two-versus-three. Where to find the space if the center of the pitch is so congested? The answer to that question will be the key in winning this match, for sure. 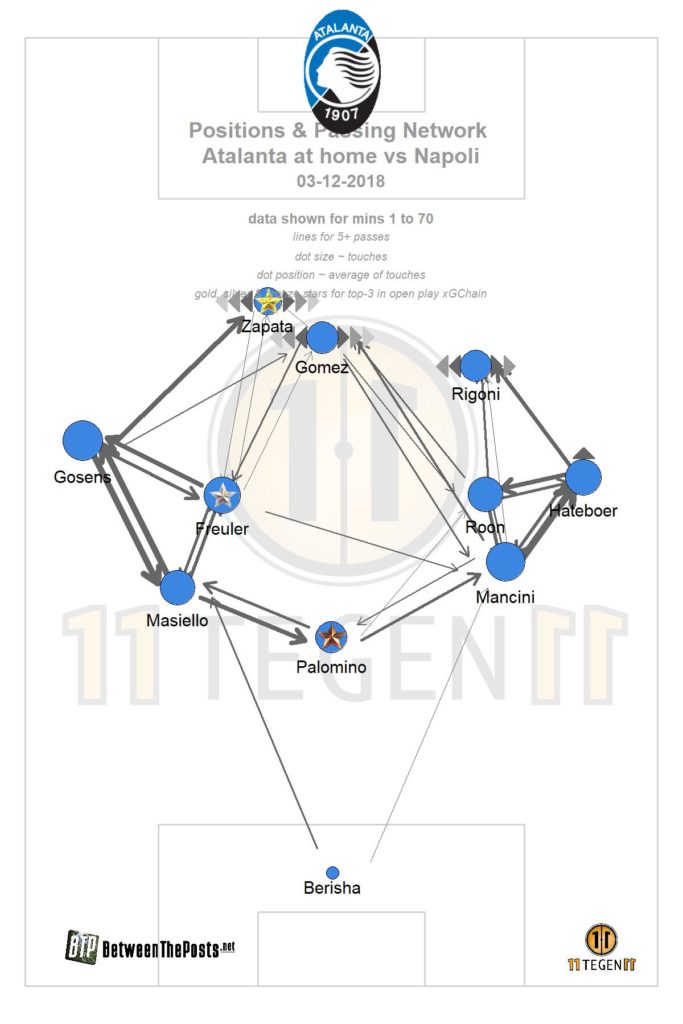 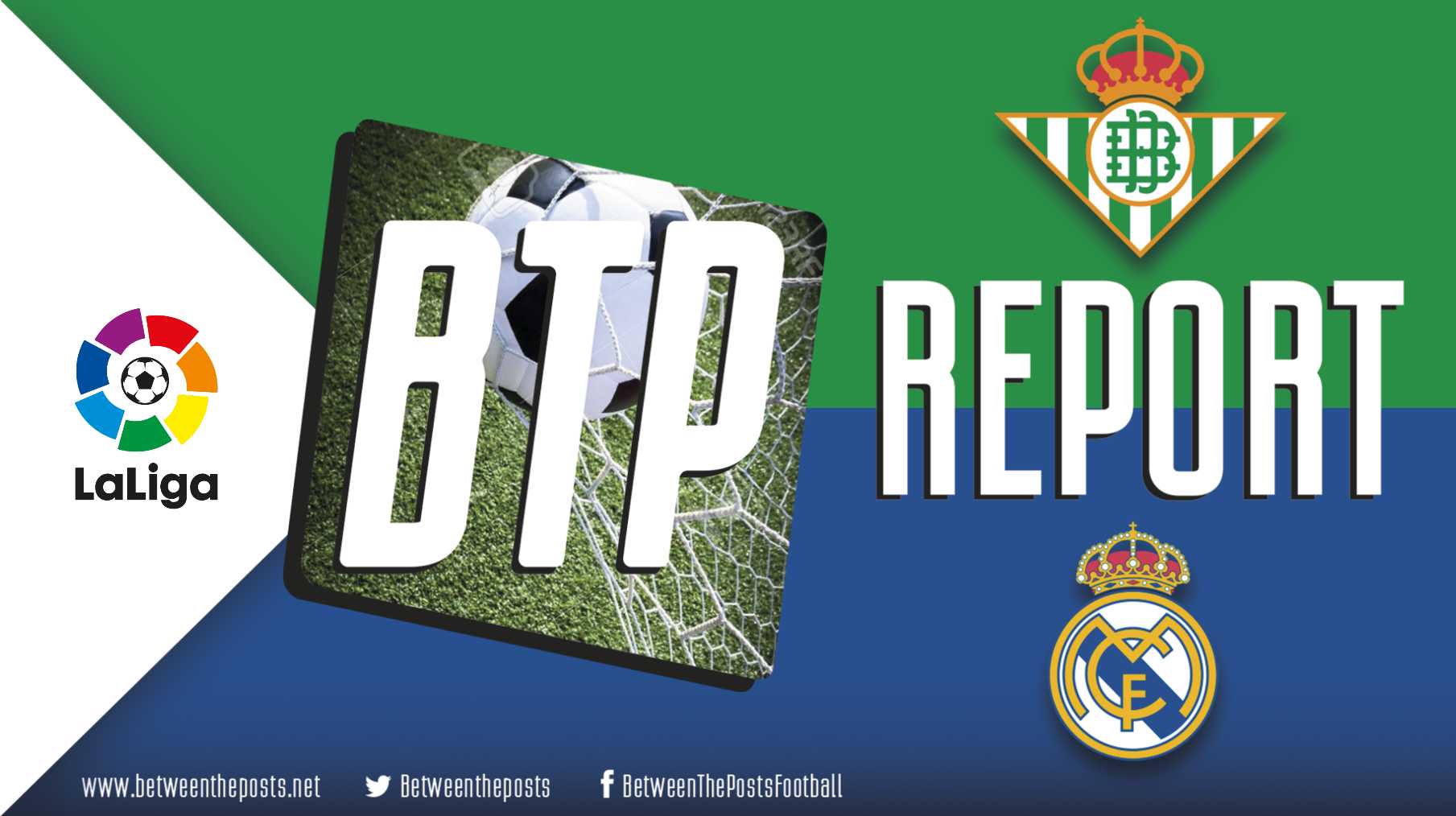 Between the Posts weekend preview: a look at the games we will cover in the upcoming weekend