Down by one goal after five minutes, and trailing by two at the end of the first half, the game seemed to have slipped from Borussia Dortmund’s hands. However, in the second half, Favre’s men increased their intensity and suffocated Inter, until they eventually scored the three goals necessary to collect a deserved win. Incisive crossing, pressing, and counterpressing were the key ingredients for a spectacular comeback.

When Inter won against Borussia Dortmund at San Siro in what was described as an efficient display, many of the forecasts that were down after Inter’s slow start to the group saw a quick turnaround. Borussia Dortmund still enjoyed the upper hand that came with a home match, but the erratic nature of Lucien Favre’s men shed a dim of hope to which Inter could ignite the ardent flames that Antonio Conte always unleashes when his team steps onto the field. The same raging fire that uncontrollably consumed Dortmund’s attacking flair in Milan, reduced to none as Inter’s flames fed off their opponent, growing in magnitude until Favre’s defense could bear no more.

In the away match, Favre had to do with Marco Reus’ and Paco Alcácer’s absences, which propelled the Swiss manager into diverting away from his classic 4-2-3-1 shape in favor of a 3-4-3 formation that, theoretically, should have coped with Inter’s strikers’ movements better. Julian Weigl featured in the center of defense, with Manuel Akanji and Mats Hummels by his side while Thomas Delaney and Axel Witsel sat ahead in midfield. For this home encounter, however, Favre reverted to his standard lineup, adding Mario Götze to the mix in place of the aforementioned Thomas Delaney. Alcácer, meanwhile, made his return to the bench.

Dortmund shaped in a 4-2-3-1 that saw Julian Brandt occupy the striker position, although the German’s movements were quite fluid, so he often dropped between the lines to receive the ball.

Five minutes in, though, before either team could settle into the game, Inter took the lead after a poor header from Manuel Akanji played in Lautaro Martínez behind the defense, in a race with Mats Hummels that was no challenge for the young Argentine.

Given the early stage of the match, Dortmund carried on with the classic Favre pre-game plan, building calmly by drawing opponents out of position for players to receive behind the line of pressure. Inter’s pressing was not too aggressive, which eased the buildup happenings. From their 5-3-2 shape, Inter’s strikers pressed the center-backs and the midfielders marked the double pivot, 4-2-3-1 is one of the most frequently occurring formations in football. The two most defensive midfielders are called a ‘double pivot’. but the wing-backs initially stayed deep, which allowed Dortmund to switch the play A pass from one side to the other. continuously and find free fullbacks out wide. Inter only pressed aggressively on backpasses, but even in such cases, Antonio Candreva and Biraghi’s deep starting positions gave the wide men time to select their options. From the flanks, the hosts either played through the sides, attempting to invite the center-backs to step out, or switch the play.

The home side’s first chance originated through a cross from the right, which met Götze in the middle of the box. However he unable to slot the ball past the goalkeeper.

Favre’s strategy was generally successful, but due to a mix of crucial saves from Samir Handanovič, and predictability in the final third The one-third of the pitch that is closest to the opposition’s goal. due to the ball being moved too slowly from side to side, Borussia Dortmund were unable to score.

The hosts pave the way for Inter’s breakthrough

Throughout the first half, Dortmund pressed high from their defensive shape, but they failed to pose a threat to Inter’s buildup, which could easily find a free man by passing the ball from one half-back to the other. This was the consequence of Brandt being the only attacker who pressed Inter’s back three – occasionally aided by the attacking midfielder, or the winger on the ball side – while the ball-far winger marked the fullback and Götze stayed tight on Marcelo Brozović.

Similarly to Inter, the fullbacks’ deep positions prevented Dortmund from immediately pressing every member of the opposition backline, gifting time to the visitors’ procedures. As a consequence, Inter bypassed Dortmund’s press without breaking too much of a sweat, mainly through long balls to Lukaku, who would lay the ball off to Lautaro Martínez or one of the midfield runners. Subsequently, Inter could play the ball wide to the wing-backs in space, as a result of Dortmund’s narrow backline. 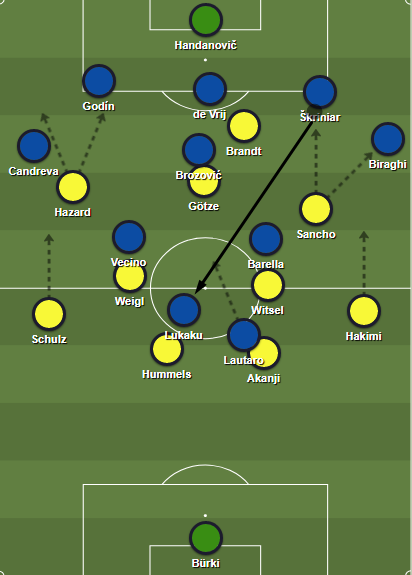 Borussia Dortmund’s pressing against Inter’s buildup and the attackers’ movements.

Inter’s second goal came from the same situation described above. After Brozović elegantly glided past Weigl and laid the ball off to Lautaro, the Argentine striker accurately played a diagonal ball to Candreva on the weak side, The side of the pitch where the ball is not. The term is related to defenses usually being weaker on this side, since the immediate threat is on the ball side. who drilled a low cross into Vecino’s shot on the edge of the box.

Five minutes into the second half, Dortmund found the goal they long craved during the first half from a dynamic that had already led to a few dangerous shots. After receiving in the left halfspace, If you divide the field in five vertical lanes, the halfspaces are the lanes that are not on the wing and not in the center. Because there is no touchline like on the wing, players have the freedom to go everywhere. But this zone often is not as well-defended as the very center. This makes it a very valuable offensive zone to play in and a lot of chances are created by passes or dribbles from the halfspace. Brandt passed the ball to Weigl, who played Götze in-depth for a cut-back Achraf Hakimi pounced onto like a poacher.

What followed was a siege that Inter only escaped once, several minutes later, when the ball went out for a goal kick after Axel Witsel could not stretch his leg enough to hit an in-swinger from the opposite corner of the edge of the box.

Whenever Inter had the chance to buildup from the back, Dortmund’s pressing could not cope. This was partly because of the backline’s inability to deal with Lukaku and Lautaro’s movements. If the visitors did not have the ball, they were completely at the hosts’ mercy. The fast-paced possession and sustained crossing from deep turned Inter’s central defenders helpless. The counterpressing After losing possession, a team immediately moves towards the ball as a unit to regain possession, or at least slow down the pace of the counterattack. and pressing, too, progressively improved as Inter were trapped in their box, with no breakthroughs available to them on the counter.

Inter’s passing started getting increasingly sloppy, vastly because of Dortmund’s intensity without the ball, to which the lack of an option in attack when the ball was regained also contributed greatly. Lautaro could not provide the physical dominance his partner Lukaku offered, so when the Belgian was subbed out for Matteo Politano, Inter struggled to play out of their own half.

With the substitute winger, Inter defended in a 5-4-1 shape that should have guaranteed better defending of wide areas. However, the new defensive structure was no match to Dortmund’s rampaging assaults.

Shortly after the hour mark, Brandt scored the equalizer from a tight angle after picking up the ball from a quick throw-in. Fifteen minutes later, after Dortmund took the lead through Hakimi, who rounded off after a slick one-two combination right through Inter’s deep 5-4-1 defensive block. A defensive block is the compact group of defenders that defends a particular zone, either their own half in a medium defensive block, or the zone around their own box in a deep defensive block. Conte quickly switched back to a 5-3-2 shape off the ball and 3-5-2 in possession. 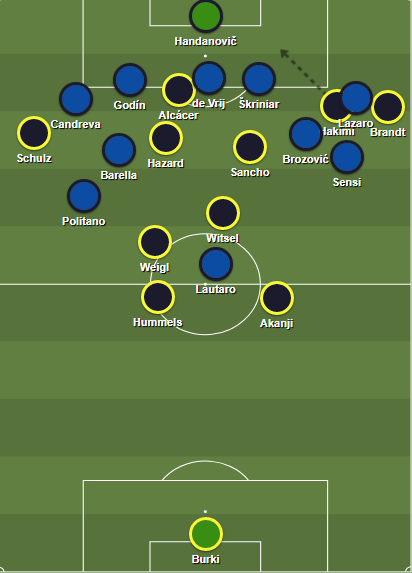 The switch almost paid off when one of Inter’s standard opposite movements between the attackers freed Lautaro just inside the box. Moreover, Dortmund’s intensity out of possession dropped, allowing Inter to grow back into the game and attempt a final assault in the last ten minutes. The last organized attack came when a slick central combination gave Sensi the chance to shoot from a good position, though, after which both teams’ lines started stretching.

Eventually, the game ended with Paco Alcácer missing a sitter in front of Handanovič and Lautaro challenging Hummels when, just seconds later, Candreva whipped in a cross on the opposite side of the field. 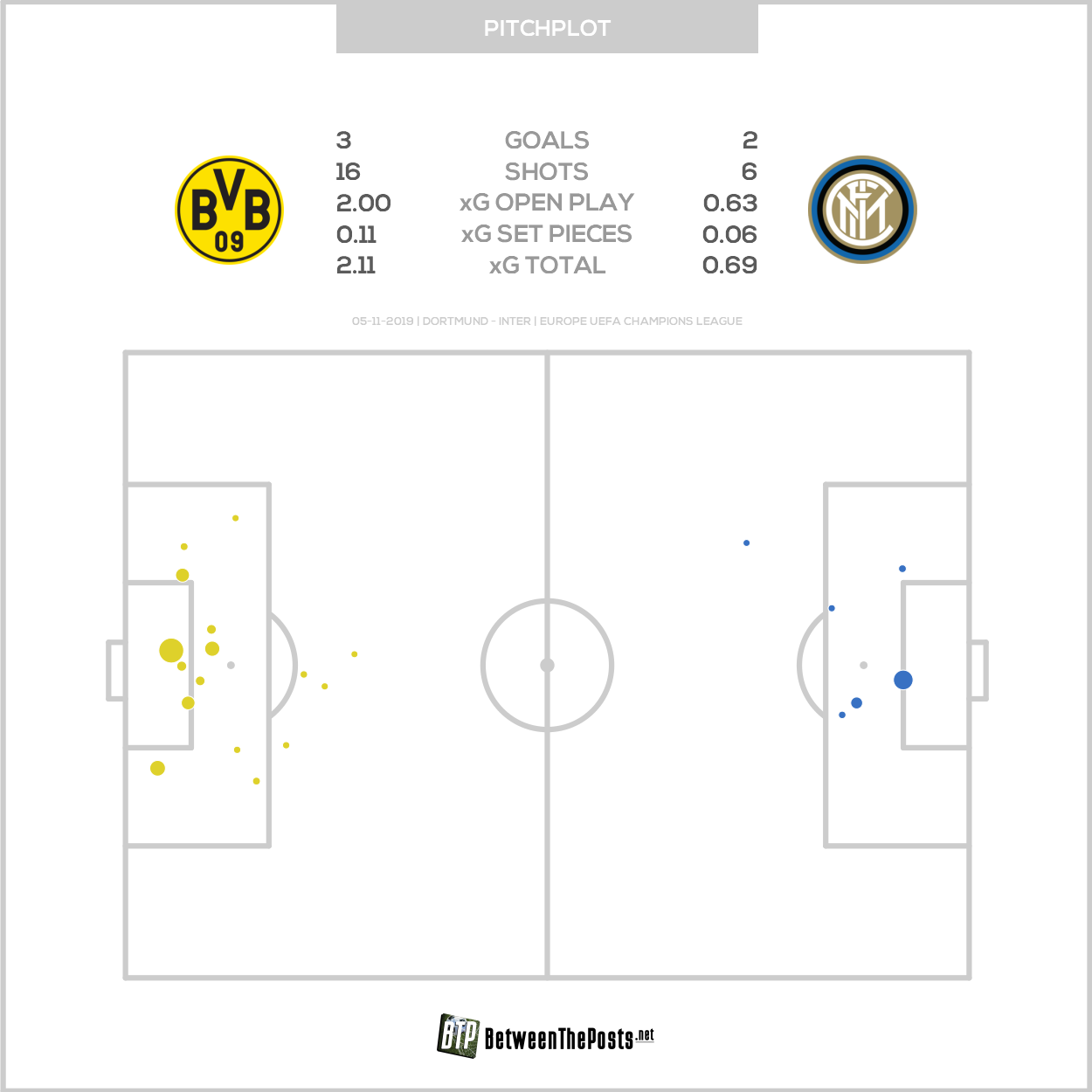 Inter’s good first-half was countered and outdone by a second-half during which Borussia Dortmund’s superiority appeared evident in every aspect and game situation. From the pressing, ineffective during the first-half, yet insurmountable after the break, to the possession, playing faster and more incisive. As a result, the counterpressing also grew in efficiency, leading a comeback that Inter never seemed able to repair.

Ultimately, the draw to Slavia Praha in the opening game of the group stage looks like it will haunt Inter for long, as they must now win against Barcelona and hope for a slip from Dortmund. A difficult task, but if there is one thing this group has taught us, it is that no scenario can be excluded, as Barcelona’s earlier draw to Slavia Praha proved once again. 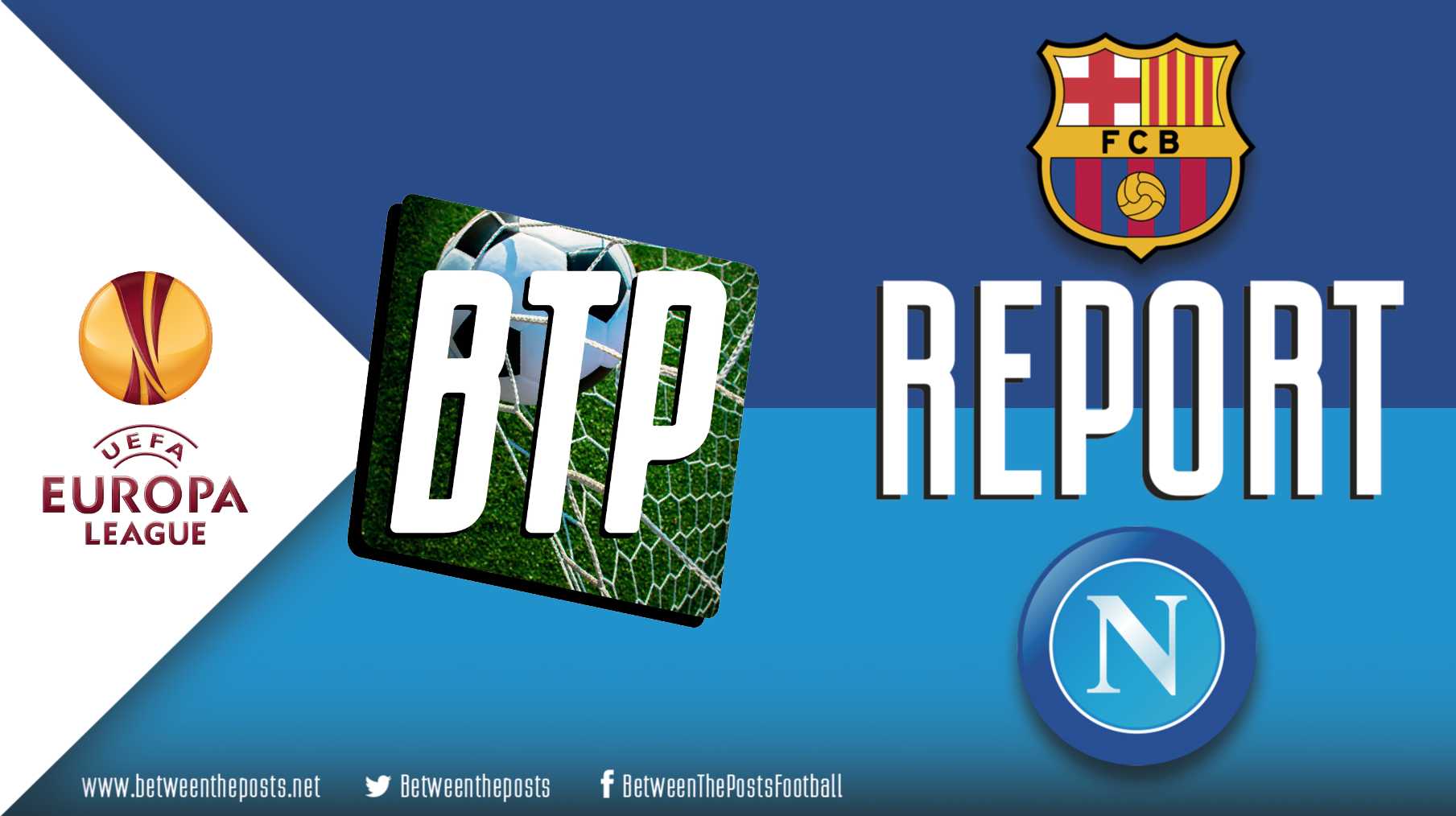 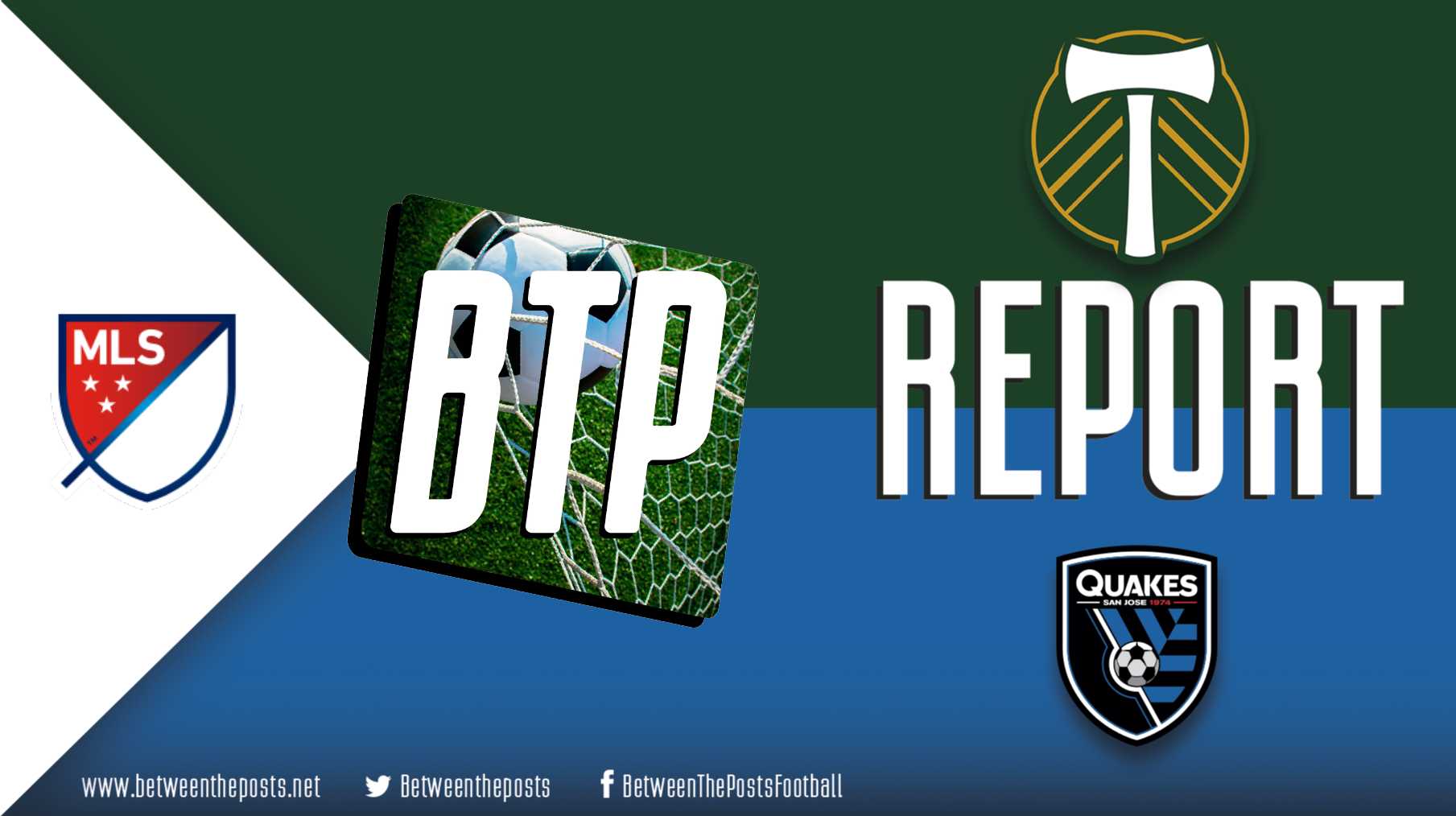