While Dortmund will probably argue they deserved much, much, more from this game, they did not take advantage of their opportunities in the first half because of good goalkeeping from Hugo Lloris as well as bad luck. After scoring the opener, Tottenham easily defended the lead and casually walked into the quarter-finals.

Both Borussia Dortmund and Tottenham Hotspur entered the first leg of this encounter riding a high, as they were flying in the league and exceeding expectations. That was three weeks ago however, and in Europe’s top leagues, three weeks is a lot of time.

Tottenham, who were seen as potential outsiders to gatecrash the “two horse race” between Liverpool and Manchester City, failed to pick up all three points in their last three matches, forcing them to look over their shoulder as opposed to ahead of them. Harry Kane’s return to the team has not had the desired effect for the London club, and the lack of spending in the summer was looking more and more problematic, especially in midfield. For Dortmund, four points out of a possible nine in the league has seen their advantage on Bayern Munich turn into nothing more than mere goal difference.

Regardless, the second-leg encounter of the Round of 16 match between Borussia Dortmund and Tottenham would still be a battle between two exciting and tactically astute teams, recent form aside. The home side had the unenviable task of turning over a heavy aggregate deficit, while the away side simply needed to put together a respectable enough performance: even a defeat would likely see them progress.

Dortmund started the match in their usual 4-2-3-1 shape, one which they have very rarely shifted away from all season, and continued to deploy the versatile Abdou Diallo at left back due to Łukasz Piszczek’s continued injury issues. There was a pre-match surprise however, as Marius Wolf played in the other fullback role instead of young Real Madrid loanee Achraf Hakimi. Due to the obvious need for goals, Dortmund were happy to have Paco Alcácer back in the team, who missed the first leg due to injury. Quite nice to have a striker that scores 1.5 goals per 90 minutes in the league this season up top when you need to score a lot of goals. The Spanish poacher was supported by captain Marco Reus, Jadon Sancho, and Mario Götze.

Tottenham are still without the injured Dele Alli, while wing-back Kieran Trippier was rested for the match. Eric Dier and Harry Winks made it back into the squad in their steads. Manager Mauricio Pochettino did not surprise, picking the players who are usually selected whenever Tottenham have opted to play three at the back. Harry Kane partnering Heung-min Son up front, Eriksen in the ten position behind them, and having a huge focus on getting width from their wingbacks (Ben Davies and Serge Aurier). As Spurs would turn out be soaking up pressure the entire match, it might have been more accurate to describe their base formation as a 5-4-1 shape.

Spurs ride their luck through Lloris

Understandably, due to the deficit they had to overcome, Dortmund started the match very much on the front foot, looking to move directly into Spurs’ final third.  The one-third of the pitch that is closest to the opposition’s goal. In order to move Tottenham’s defensive back five around, Marco Reus often joined Alcácer in the center of the pitch, popping into areas of space in front of the defense and combining with Axel Witsel and Julian Weigl in the midfield. As well, the fullbacks pushed on to pin back Tottenham and create numerical superiority. Without possession, Dortmund applied high pressure up the pitch to win it and quickly counter. Weigl and Witsel were key for Dortmund breaking the lines with passes through the center and the likes of Götze and the aforementioned Reus were constantly attempting to slip in advancing players. 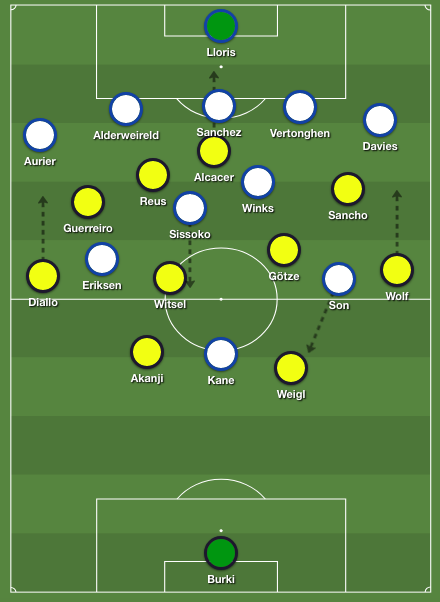 The asymmetric shape Dortmund adopted to try and turn the tide: attacking players flooding forward and overloading the central areas.

Tottenham on the other hand, switched between moments of high pressure and soaking up Dortmund’s attack, “pulsing” between the two systems of defensive organization.  Whenever they did win possession, due to Dortmund’s numbers in the attack, Moussa Sissoko was often Tottenham’s best outlet with the ball. Driving forward often isolated, he combined well with Harry Kane and Heung-min Son, who both positioned themselves high and wide to try and hurt Dortmund.

In terms of the momentum, Dortmund were by far the superior side, which was not entirely surprising: combined with Spurs issues of their own making, like poor passing and other sorts of unforced errors.

Spurs were left sitting deep and very compact for the vast majority of the match, their formation largely resembling a back five or even a back six, when one of their midfielders dropped in to fill gaps. Making headers/clearances/saves deep in their own box, these numbers were a necessity. Hugo Lloris was making an early case for man of the match award as the match entered the half-time break; The Spurs stopper was simply sensational. The numbers backed up the superiority Dortmund held in the match as well: 15 to 1 in shots, and 402 to 177 in completed passes.

Spurs get their goal, and Dortmund continue to attack to no avail

It was noticeable that Spurs started the second half with the intention of disrupting Dortmund’s fluency more often whenever Die Borussen entered their half. This change, just minutes into the second half gave Spurs the tie-clinching goal which they flatly had not deserved. Thanks to higher pressure in Dortmund’s half, a misplaced pass from the back was pounced on by Sissoko who slipped in Harry Kane to finish with aplomb. Despite the alarm bells ringing for the majority of the match, Tottenham were essentially home and dry.

As the old adage goes, Kane’s goal changed very little for Dortmund; they needed to press forward anyway, because they still needed goals. Because of this, Lucien Favre did not make any immediate tactical changes. Pochettino made a change with Eric Dier replacing Harry Winks. Dier would sit deeper than his contemporary and provide increased coverage alongside Sissoko in the central zones that Dortmund were getting so much joy from.

As the half wore on, and Tottenham became even more compact and unwilling to cede ground, Dortmund’s attacks became increasingly dependent on their wing-backs. Raphaël Guerreiro and Wolf (before he was substituted for Jacob Bruun Larsen) constantly looked to pass the ball  from wide positions beyond Spurs’ defense. While this style of play clearly made the midfield of Spurs – who lined up in a flat four-man set-up – work incredibly hard to slide across the pitch, it was effective in denying clear-cut chances on goal.

Around the 70th minute, as desperation set in for Dortmund, Spurs began to counterattack heavily and become dangerous at stretching their lead. Combined with runs from deep with Sissoko and Harry Kane’s hold up play, for the first time in the match, Tottenham very briefly showed some glimpses of ambition. However, they would not need to, as the remaining stages of the match were largely uneventful with little in regards to chances, and Dortmund becoming increasingly frustrated. Despite overloading When one team has more players in a certain area or zone than the other team.the central areas and getting crosses from wide areas, Lloris was not nearly threatened in the same way as the first half. 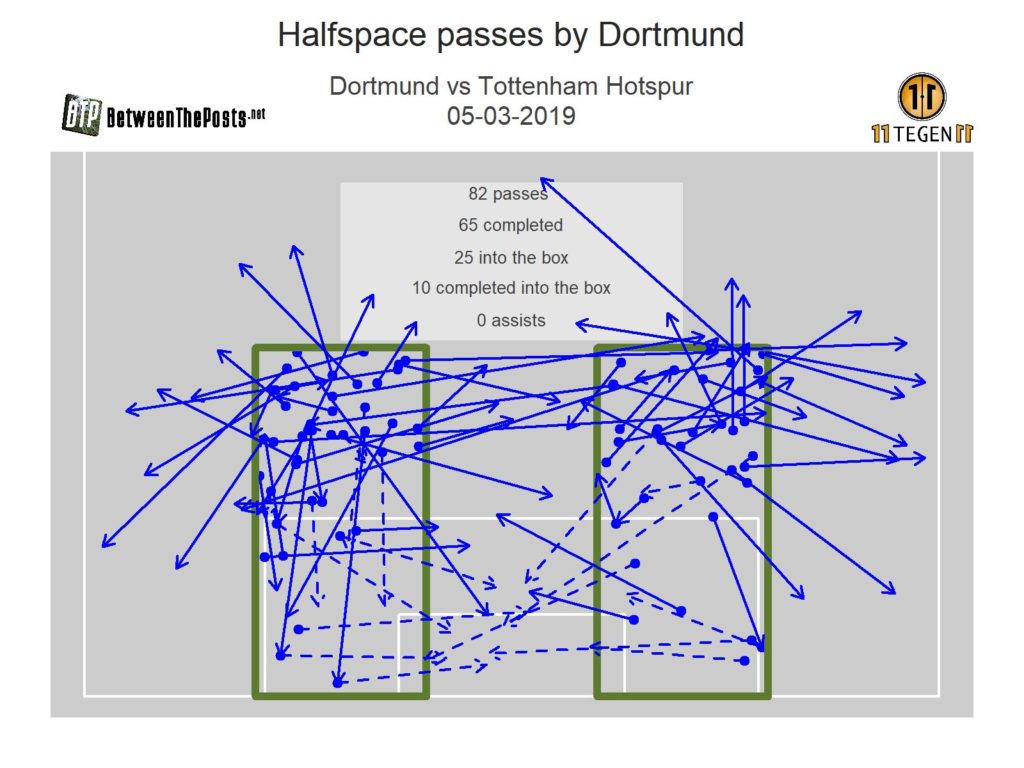 The 3-0 defeat at Wembley was terminal for Dortmund’s chances in this tie. Lucien Favre stuck with what he knew: high pressure, engaging, and protagonistic football, but to score three goals against a team with a considerable margin to defend (not to mention an ability to score goals) was a tough and unenviable task indeed, even though we did get to see some vibrant attacking football because of it.

The game plan drawn up by Pochettino and his team was probably not much of a surprise to Dortmund: come at us, and try and break us down. Staying incredibly compact and not giving space for the home team’s considerable talents going forward, Spurs were able to hold on. The team’s ability to grind out a result and take advantage of Dortmund’s one major mistake has seen them progress.

As for the rest of the season, Spurs could surprise a number of big sides in the quarter-finals depending on who they draw in the next round. Few teams will relish the task of holding the likes of Harry Kane, Son, and Christian Eriksen scoreless. 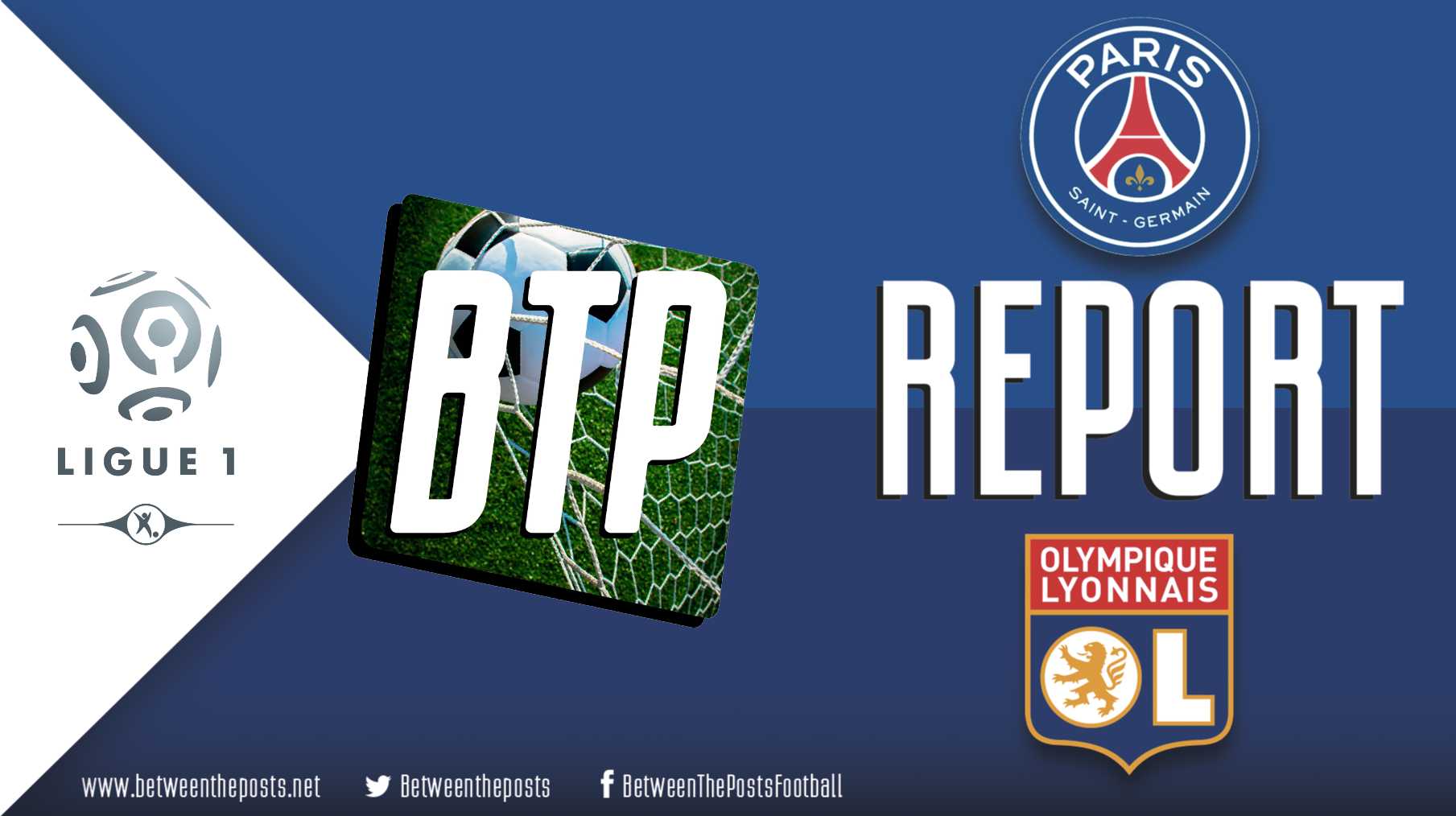 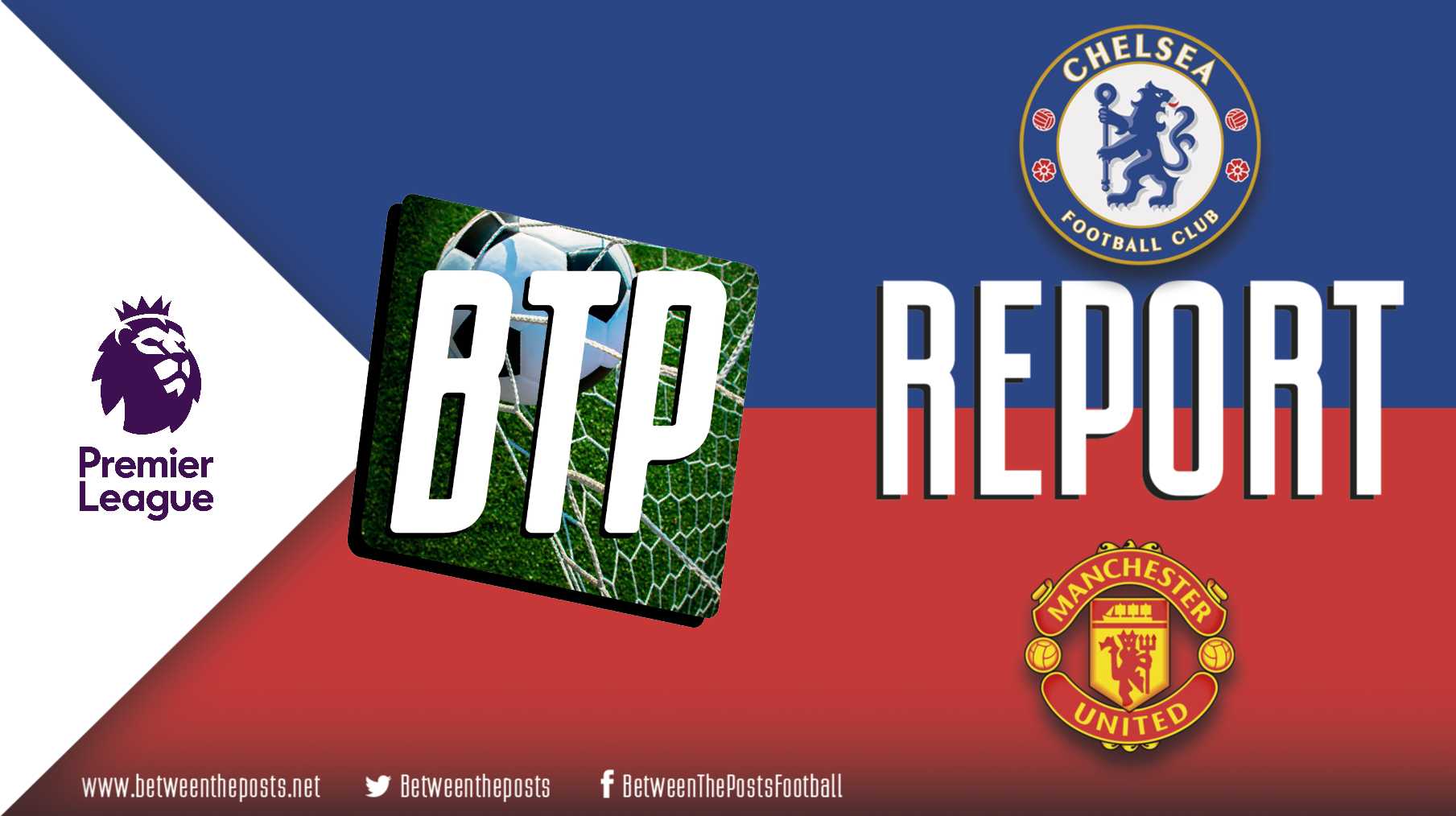