Gabriel Jesus, Roberto Firmino, and Dani Alves carried Brazil past an Argentina that had their chances in the second half.

Due to time constraints and a dearth of quality managers, it is quite a rare occurrence to see a well-drilled and tactically advanced team in international football. Nevertheless, a certain level of competence is expected – especially when a coach has worked with one particular national team for years.

Tite is one of those individuals who has had a relatively lengthy amount of time to impart his philosophy to his side and, yet, Brazil have looked structurally inept all Copa América. They papered over the cracks against the far inferior Bolivia and Peru but failed to score a single goal in normal time against Venezuela and Paraguay. That was related to Arthur and Casemiro’s struggles with progressing the ball upfield – their qualities diminished by the jumbled structure of attacking players ahead of them.

In past scenarios, Neymar took care of this issue by dropping between the lines and progressing play through his dribbling and ball-carrying ability. Without him, Brazil have looked toothless in attack against decent opponents despite possessing elite attacking talent in the form of Roberto Firmino and Gabriel Jesus.

Brazil, at least, have always looked solid defensively under Tite. The same cannot be said of Argentina, who not only have big defensive issues, but looked worse offensively for the first two games of the tournament. Then, Lionel Scaloni made a key formation change against Qatar by moving from a 4-2-3-1 / 4-3-3 formation to a 4-4-2 diamond shape. The shift provided Argentina with occupation between the lines and created a clear network that Lionel Messi could combine with to penetrate the opposing defense.

Despite their tactical struggles, both managers stuck to their game plans and deployed their usual elevens for the Copa América semi-final. Tite fielded his typical 4-2-3-1 formation, with Firmino up top and Jesus out wide on the right. Scaloni kept the exact same eleven that beat Venezuela 2-0, again declining to bring in Ángel Di María for one of Rodrigo De Paul or Marcos Acuña.

The game opens with lots of combative pressing

The longstanding rivalry between the two teams and the stakes of the game produced a very intense opening twenty minutes. The ball pinged from back to front in the blink of an eye; brief spurts of possession were determined by hard-won fifty-fifty duels. These duels extended to all areas of the pitch, where both teams counterpressed After losing possession, a team immediately moves towards the ball as a unit to regain possession, or at least slow down the pace of the counterattack. rather chaotically in an effort to gain the upper hand in proceedings.

Argentina tried to up the ante by implementing a regular press when Brazil built out from the back. 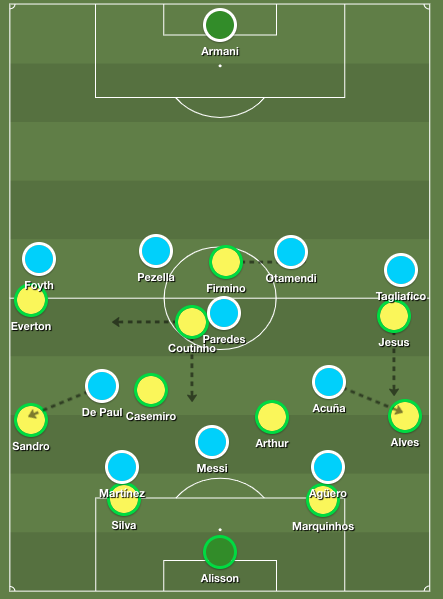 Martínez and Agüero would step up aggressively on center-backs Thiago Silva and Marquinhos while De Paul and Acuña would rush to the flanks and do the same on fullbacks Alex Sandro and Dani Alves. Messi did not do much to help, leaving the center conspicuously open, but Brazil struggled to move the ball up the field, anyway.

Casemiro – often the freest man – is a poor ball progressor and Martínez’s and Agüero’s intensity was enough to make the pass to Arthur difficult. Thus, Brazil were forced down the flanks, where De Paul and Acuña did an admirable job harassing their assignments.

Argentina’s press made the game even more chaotic and end-to-end, something Brazil capitalized on, first, thanks to their potency in transition. In the 16th minute, Jesus was slipped in-behind the defense before only just being stopped by last-ditch defending. 180 seconds later, Dani Alves won a fifty-fifty duel in Argentina’s half, played a sombrero over a defender, and dropped another to the floor, before sliding a pass out wide to Firmino. The Liverpool striker promptly squared the ball to Jesus, who tapped home the opener on Brazil’s first shot of the game.

Messi had been non-existent up until this point, something that had shockingly become a pattern, considering his last two performances in this Copa América. His passes were erratic, he needlessly dribbled into trouble, and he dropped ridiculously deep only to play a square or backwards pass. But, in the 30th minute, Messi finally found his touch; he lofted a deep free-kick onto the head of Agüero, leading to a shot off the bar.

Rejuvenated, Messi went on a tremendous run five minutes later that once again benefitted Agüero, who had his powerful effort blocked. Messi soon danced past his markers again but slipped just before releasing a shot from range.

The renaissance ended in the fortieth minute, when Brazil started to surge forward again, and Argentina’s off-the-ball energy began to expire. Messi had managed to produce his moments of genius, but in a much more limited span of time than we have become accustomed to. Argentina’s attacking was summed up by his sudden bursts of inspiration, as no chance was created by a form of organized team play. 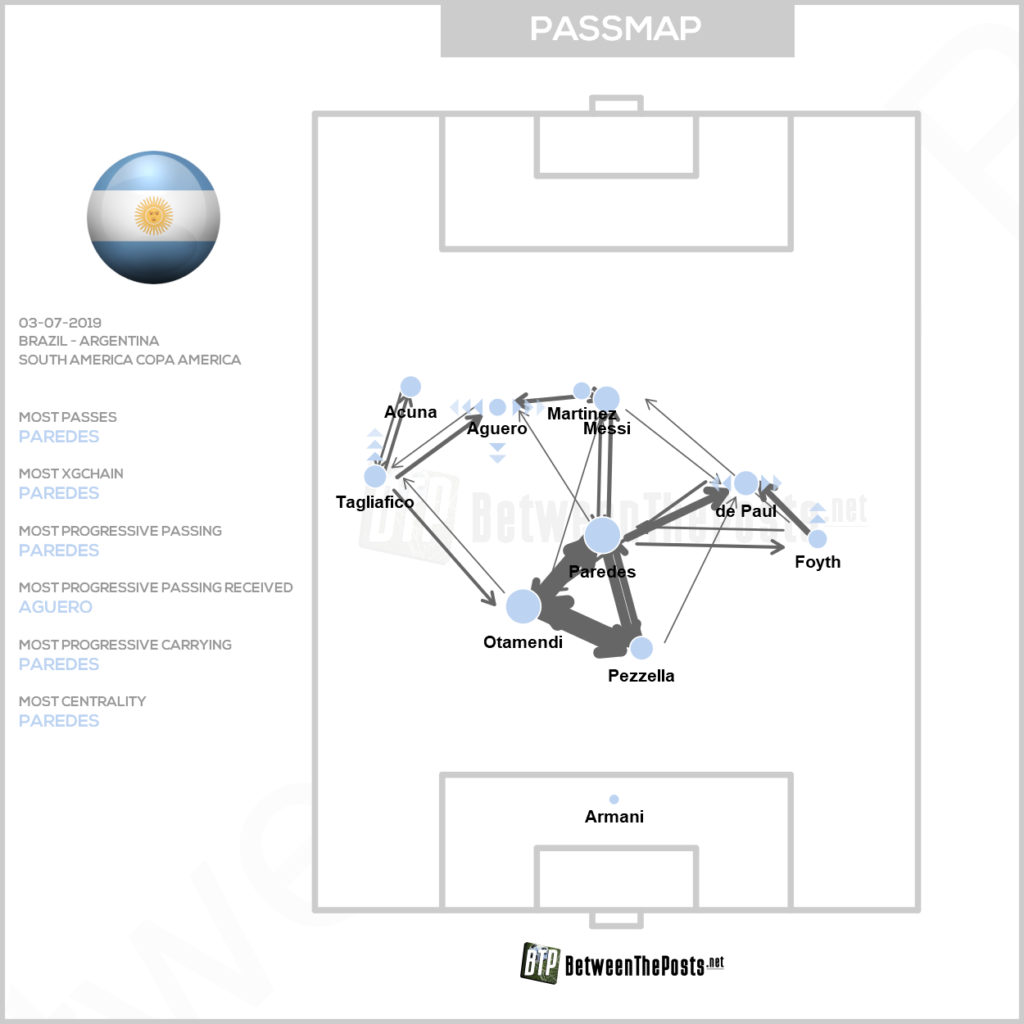 This is what you get when a team that does not press high up the field (Brazil) plays against a team that has a hard time passing the ball forward (Argentina).

Argentina miss their chance to level the game

As one would expect, the high-effort, end-to-end nature of the game began to give way to a less intense environment as proceedings moved into the second half. This change limited Brazil’s counterattacking opportunities in comparison to the first forty-five minutes and gave Argentina more chances to build their attacks against their opponent’s set defense.

A 49th minute giveaway by Casemiro started things off, releasing Agüero down the left. The Manchester City forward used his advantageous position to chip in a pass for Martínez, who put a shot on goal. Mere minutes later, the positives of Scaloni’s diamond truly began to show itself. Messi received the ball, turned, and played a vertical pass to the proximate Agüero, who dribbled past multiple defenders and played a pass to the center. Martínez latched onto it and redirected the ball back to Messi, who laid it off to De Paul. Unfortunately, for Argentina, the resulting shot went over the bar.

But Argentina’s best chance was yet to come. In the 56th minute, Messi turned past a couple of defenders, roared forward and created a shot for a fellow teammate. After a number of rebounds, the ball fell to Messi, who found himself in space in the box. Summoning all his concentration and power, the diminutive maestro cannoned a volley off the post.

Argentina never created an opportunity like that again, even though Scaloni subbed on Di María for Acuña to provide his team with more dynamism and balance on the left side. They were made to pay for their profligacy in the 70th minute, when Firmino scored on a Brazil counterattack and effectively ended the game. 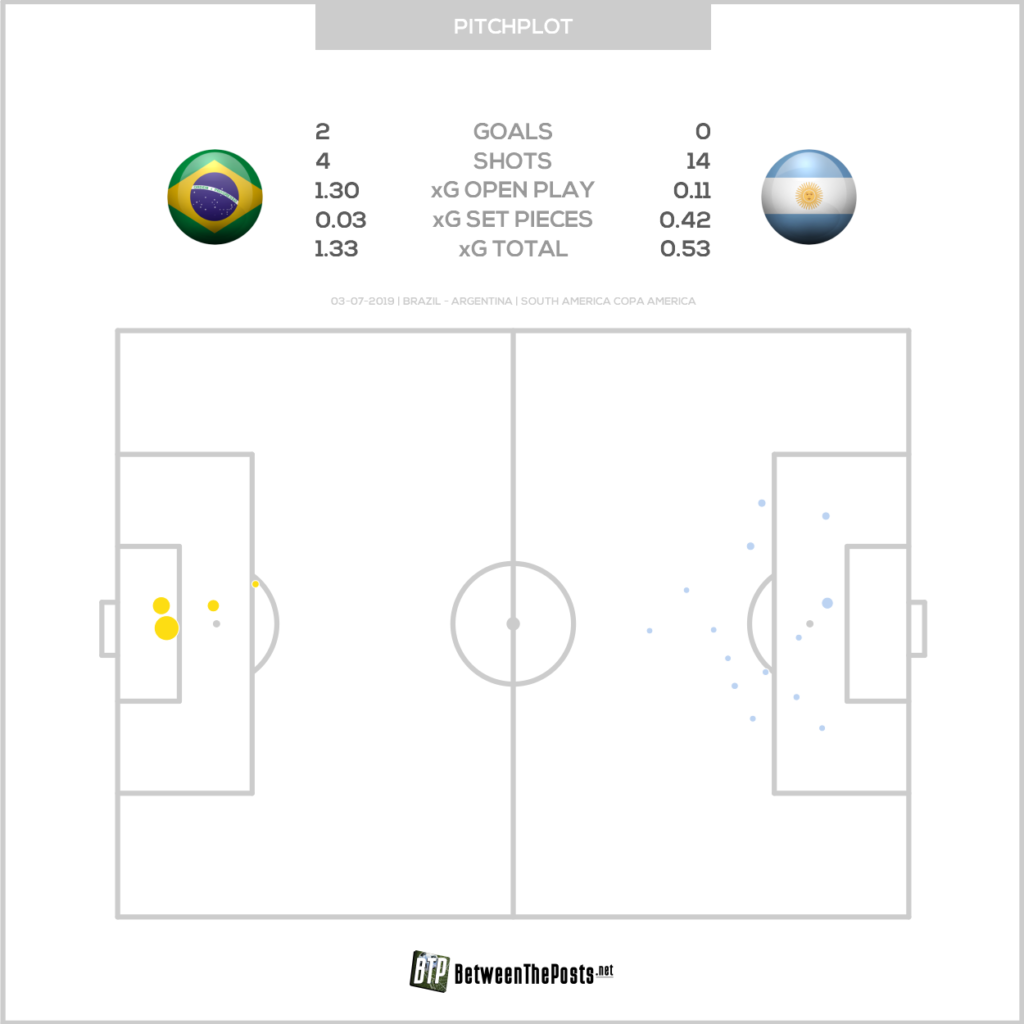 The time where Messi could carry Argentina all by himself is over. He managed zero open play goals (he scored one penalty) and zero assists this tournament and played quite poorly in Argentina’s crucial third group stage game and in the quarter-final. That is only natural given that he is 32-years-old and is playing with a mediocre team.

Most mediocre teams are mediocre because of a lack of talent. Argentina are not. They are no Spain, Brazil, or France in terms of pure depth of quality, but they still possess the likes of Agüero, Paulo Dybala, Di María, Leandro Paredes, Giovanni Lo Celso, and more. The true spotlight must be placed on the tactics, which have fallen short for far too long now. Without a system that enhances Argentina’s attacking talent and shores up their transition defense, they are doomed to repeat this type of exit in next year’s edition of the Copa América.

Brazil, too, are lacking in the tactical department, but possess a more balanced distribution of talent that can better make up for that deficiency. A victory in the final is not guaranteed, however, even though Uruguay and Colombia have already been sent home. As much as Argentina have been criticized, they were the better team in this semi-final. They outshot Brazil 14-4 and may have moved on if they were more clinical. This continues a trend of Brazil underperforming versus capable opposition, meaning that an upset by Chile could be on the cards if they beat Peru. 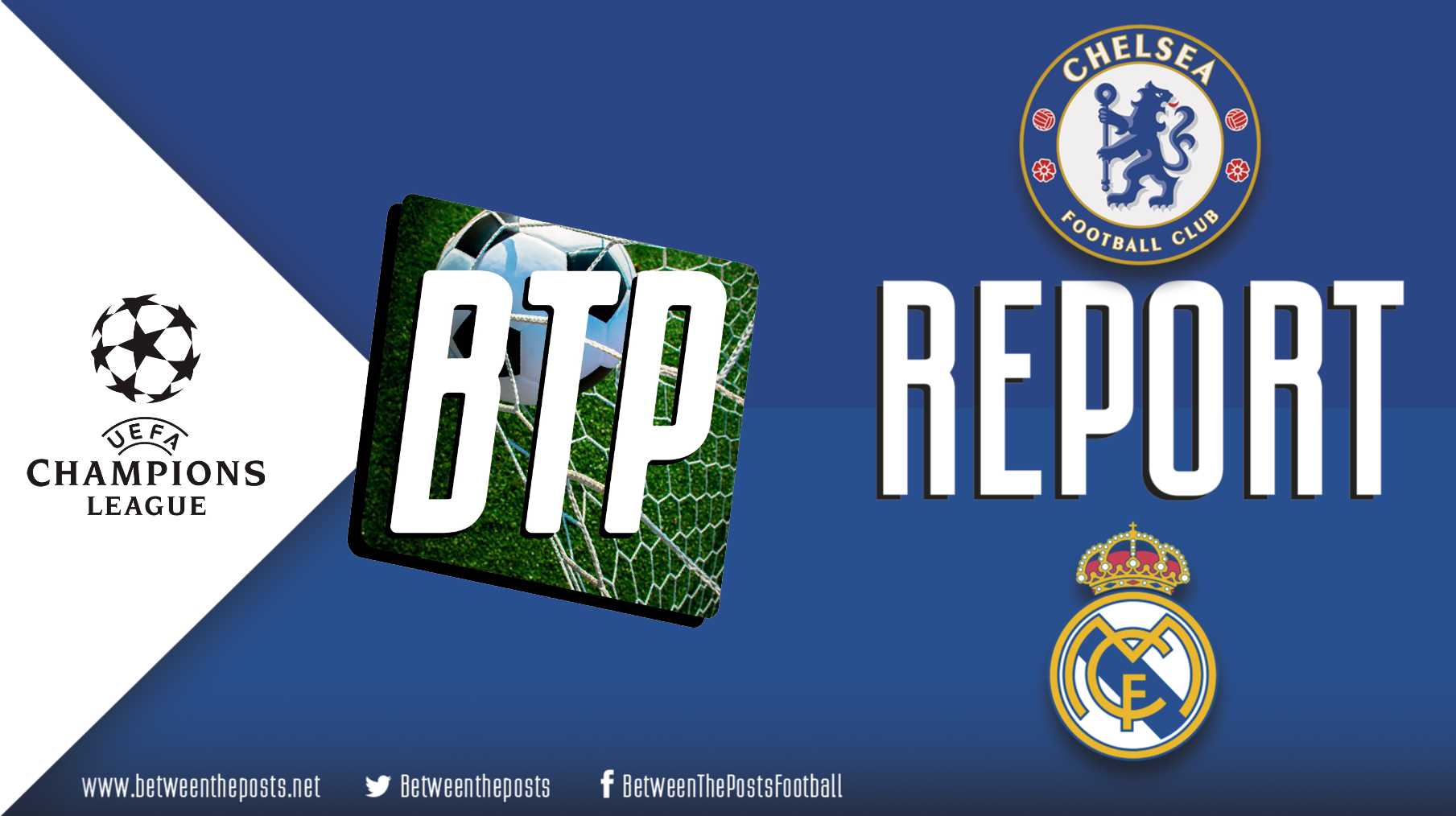