Club football has entered its decisive phase, with lots to play for in every competition. Last week we previewed the first four matches of the knock-out stage. Today we focus on Tuesday’s ties of the most important tournament in club football: the Champions League.

Frank Lampard has a problem.

At their very best, Chelsea are a side capable of blitzing an opponent, utilizing a devastating combination of cleverly worked passing triangles and fast transitions. But at their worst, it is easy to see them for what they are – a young and inexperienced side still learning its craft, still trying to establish the kind of trust without which no team can ever hope to succeed.

The issue is that after a start to the season where the former shone through, in recent weeks it is the latter that is becoming apparent, and the pressure is slowly but surely growing on Chelsea’s young manager.

Given this situation, Saturday’s victory at home over José Mourinho’s Tottenham Hotspur was celebrated in understandably vigorous fashion by Lampard, and the manager will be hoping his side will demonstrate the same attitude when Bundesliga champions Bayern Munich visit Stamford Bridge on Tuesday. There are lessons to be drawn from the 7-2 humbling that Chelsea’s opponents on Saturday suffered at the hands of the team they will face on Tuesday, and at the very least Lampard will hope to reach the Allianz Arena with a fighting chance to progress to the quarter-finals.

Although Bayern Munich’s Bundesliga form was far behind expectations, earlier on in the season their European form was completely the opposite. Six matches, six victories and averaging four goals scored per game. Only Paris Saint-Germain have scored more goals in the group stage in the history of the Champions League.

Bayern began the campaign in dominant fashion, recording 32 shots in a 3-0 win over Crvena Zvezda. They followed this display by bulldozing through last season’s finalists, thrashing Tottenham Hotspur 7-2 in which they showcased elite levels of finishing. Olympiacos were next in line to lose against the German champions, before Bayern scored six away to Crvena Zvezda. They finished the group stage with a comfortable 3-1 victory over Tottenham at the Allianz Arena.

Following the departure of Niko Kovač, their form in the Bundesliga has thoroughly improved under Hans-Dieter Flick, former assistant coach of Germany’s World Cup winning squad in 2014, as well as the national teams’ sporting director. Flick has often deployed Bayern in a 4-2-3-1 formation, with a versatile and exciting midfield trio. Joshua Kimmich and Thiago Alcântara make up the double pivot, a duo whose passing output is unmatched in Europe. 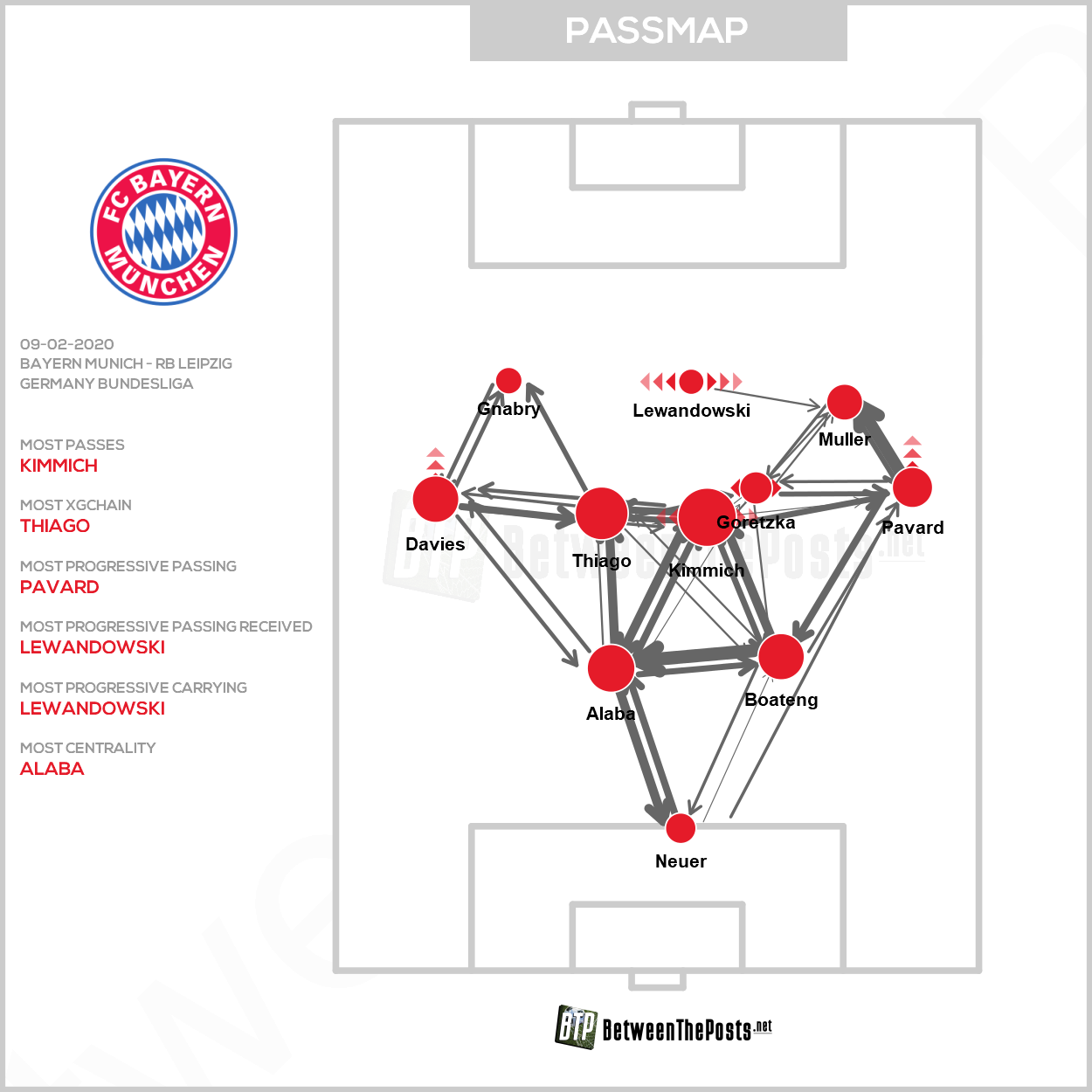 Leon Goretzka often plays as an offensive midfielder, who can sit next to the goal scoring machine that is Robert Lewandowski or drop deeper alongside Kimmich and Thiago. Flick has established a balanced and dynamic system, a midfield which are capable of adapting their shape, whilst both wingers play narrow to pin the opposition fullbacks and provide better support to their lethal number nine. This has created some of the most dominant football seen at Bayern since Pep Guardiola was in the dugout, so how do you derail the destructive Germans?

Bayern’s threat from the flanks and the injury to N’Golo Kanté means we are likely to witness the 3-4-3 shape deployed by Lampard against Spurs, albeit with Willian in place of Ross Barkley and Tammy Abraham replacing Olivier Giroud up top.

Given Bayern’s lack of raw pace on the right flank, Marcos Alonso is set to reprise his favoured role as left wing-back, and Reece James will likely continue as the right wing-back. Further, Lampard’s trust in Mason Mount makes the midfielder a near certainty to start on Tuesday, and might also be the key to Chelsea winning the midfield battle against Bayern Munich.

Hans Flick’s side is almost unfairly talented: not only do they have Europe’s best passing midfield duo in Thiago and Joshua Kimmich, but they can also call on the wing threat of Serge Gnabry and Thomas Muller and the goalscoring prowess of Robert Lewandowski. When the intelligence of Leon Goretzka and the pace of Alphonso Davies is added to the mix, it is a wonder whether Chelsea can be reasonably expected to take anything from the German champions. However, there are a few things Lampard can do to unsettle the 4-2-3-1 shape favoured by the league leaders.

In all likelihood, Chelsea will switch to a 3-5-2 shape off the ball, with Mount dropping alongside Jorginho and Mateo Kovačić. This allows Lampard to make up for the loss of the extra man in midfield that a 3-4-3 shape entails, and Mount and Kovačić will likely be tasked with hounding Thiago and Kimmich when Bayern are in possession.

Additionally, Lampard will aggressively press Bayern’s left flank and force them to switch play to the right wing, since their offense primarily comes from the combinations between Davies, Thiago, Gnabry and Lewandowski, who regularly drops off from his center-forward position. In Reece James, Chelsea have someone who can match Gnabry stride for stride and dispossess him of the ball, and with Mount marking Thiago, Jorginho cutting off passing lanes to Goretzka and Abraham tracking Davies’ runs, Chelsea have a readymade template to blunt Bayern’s heavyweight offense.

The switch to Bayern’s right sees Muller, Pavard and Kimmich handed the keys to the offense, and the trio’s lack of dynamism means Chelsea – in particular Marcos Alonso – will find it easier to cope with combination on that side. Kovačić is a dynamic player capable of defending Kimmich, and it would not be a surprise to see Rüdiger step out of the defense to dispossess Muller and launch a pass for Abraham to chase.

Chelsea will not have a plethora of options against Bayern in terms of offense, but Kovačić’s dribbling, Willian’s pace, Abraham’s hold up play and Mount’s ability from distance all give Lampard’s side a reasonable chance to score against Bayern’s wobbly defense. Given Davies’ pace on Bayern’s left, it would not be a surprise to see Lampard play him against Pavard on the right, and Chelsea will have a chance if Willian is able to get a head start against the right-back. Abraham’s return provides a big boost to Chelsea in that regard, as the center-forward’s ability to create and feed off of others will come in handy against the likes of Alaba and Boateng who are likely to start in defense.

Depending on the games that James and Mount will have, Chelsea could snatch a draw. Even though that would likely not be enough to advance.

Napoli’s spell under Carlo Ancelotti was difficult, and in the end, it was bound to fail. As much as the first months under Maurizio Sarri’s successor seemed to foresight promise, the appointment in itself always echoed more of an image-related decision to convince – and deceive – Napoli fans of the board’s ambition rather than a thoughtful one.

When Gattuso arrived to replace Ancelotti in mid-December, Napoli was on the verge of implosion in Serie A, but even in the club’s complete chaos, the former Bayern and Real Madrid manager was still able to leave his heir something to look forward to.

With a second-place finish in Group E having been secured by Ancelotti, Gattuso inherited a round of sixteen tie against Barcelona with two months to shape Napoli according to his ideas.

What has changed fundamentally are the intentions against superior sides. Napoli no longer challenge the possession’s control by pressing high but prefer to sit deeper and congest spaces, awaiting the chance to counter. On the other hand, Napoli also intend to buildup calmly through the opposition’s lines.

Barcelona also parted ways with the manager that kicked off the season. Ernesto Valverde’s departure was long overdue, and it still feels strange that he was sacked after losing out on a relatively unimportant Spanish Super Cup tie, as opposed to the fiasco in Liverpool. The board erroneously stuck with a manager the team allegedly and practically – given the results – did not place faith in anymore, almost compromising yet another season with prosaic group stage performances and inconsistencies in LaLiga.

Quique Setién’s prerogative from his first day in Barcelona was to restore the frequently clichéd “Barça way”. Substantially, the manager imprinted Barcelona with an identity they intensely cried for, laying the blueprints for possession and combinational-centered football. Initially in a 3-5-2 shape, and subsequently in a 4-3-3 to meet the individual profiles’ needs.

From a 4-3-3 possession shape, Napoli like to build up steadily out of the back, remaining true to the ideas Gattuso first displayed at Milan.

Through their buildup structure, Napoli lay the foundations to attract their opponents by overloading deep areas with intention to stretch opposition defensive lines, after which they will seek for a midfielder or striker behind the midfield.

However, against strong pressing sides, Napoli have often struggled to build up consistently, with the play often ending wide, where the lack of diagonal options in the center constrains the possession down the wing, where it is structurally easier for the opposition to block progression. Conversely, the medium block defending in a 4-1-4-1 system has vastly improved ever since Diego Demme’s addition to the squad, giving Napoli a degree of solidity unheard of both under Ancelotti and in Gattuso’s first few matches.

The defensive system’s compactness could present Barcelona with a few issues when attempting to break through, especially given their highly focused central progression which has often been the cause for offensive sterility. This has been caused by the lack of dynamic width and depth due to the lack of runs in behind.

The midfielders usually position themselves between the lines, almost on the same line as Messi and Griezmann, who occasionally perform drop-ins. This behavior tends to create a flat staggering which not only eases the opposition’s defensive tasks but also requires a high passing intensity from Barcelona, something Napoli will not be willing to allow. On the other hand, Napoli’s offense has been far from creative and efficient, relying on individual intuitions for chance creation and Callejon’s runs. While the latter’s movements are always unpredictable, especially against fullbacks not particularly strong in defense – which may be the case with Junior Firpo – it remains a limited solution to solely rely on. Therefore, despite Barcelona’s issues when falling back into a medium block due to unsuccessful pressing actions, it looks unlikely for Napoli to be able to trouble Barcelona’s defense due to their lack of movements and runs in the offense.

A low scoring game wherein Barça should be able to edge even if they encounter difficulties at breaking down Napoli’s defensive structure, through their mere individual superiority.

The epitome of history.
Past & Present.
Napoli & Barça.
Back on Tuesday. 🍿 pic.twitter.com/P1sw9vvLvG 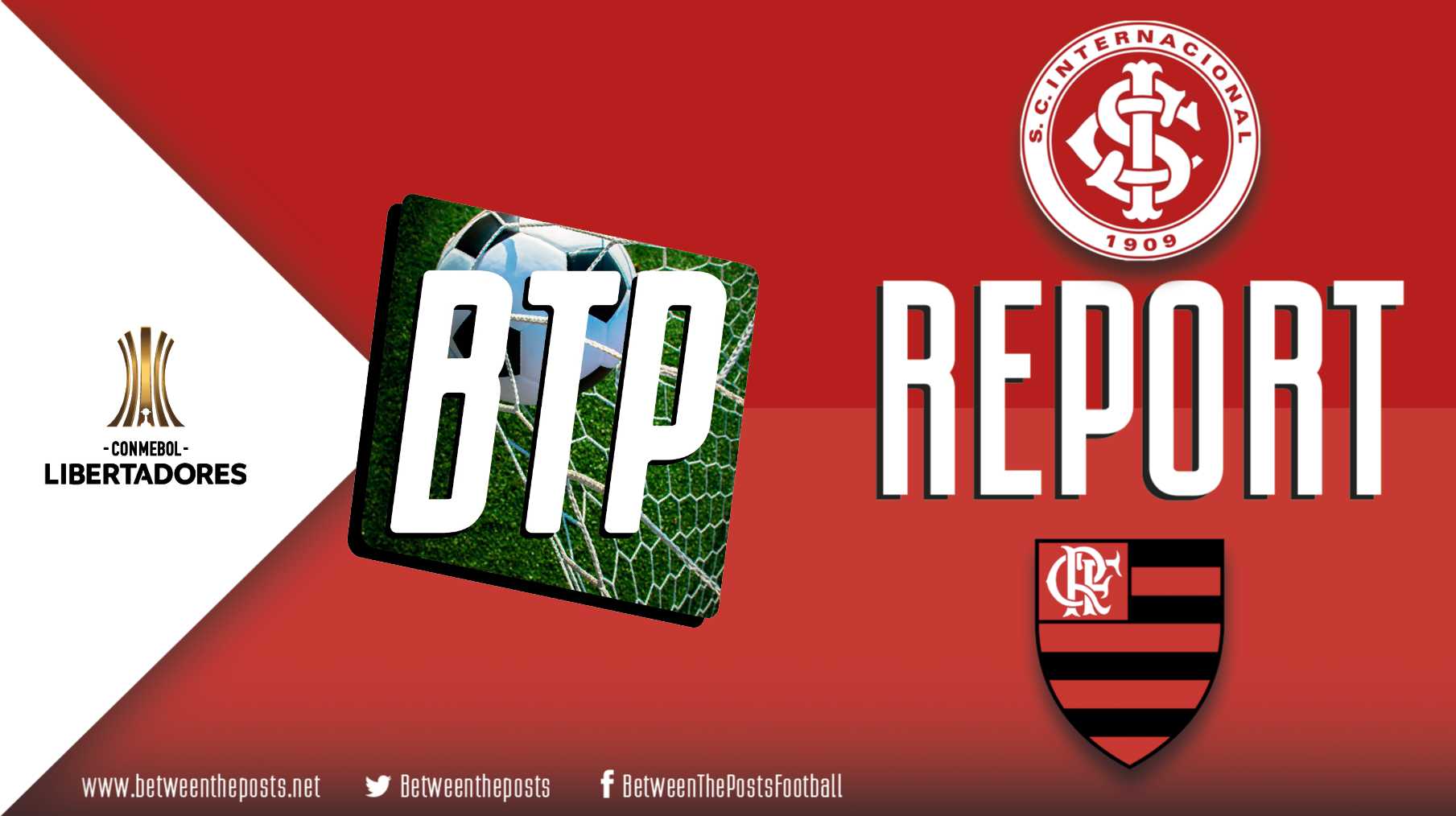 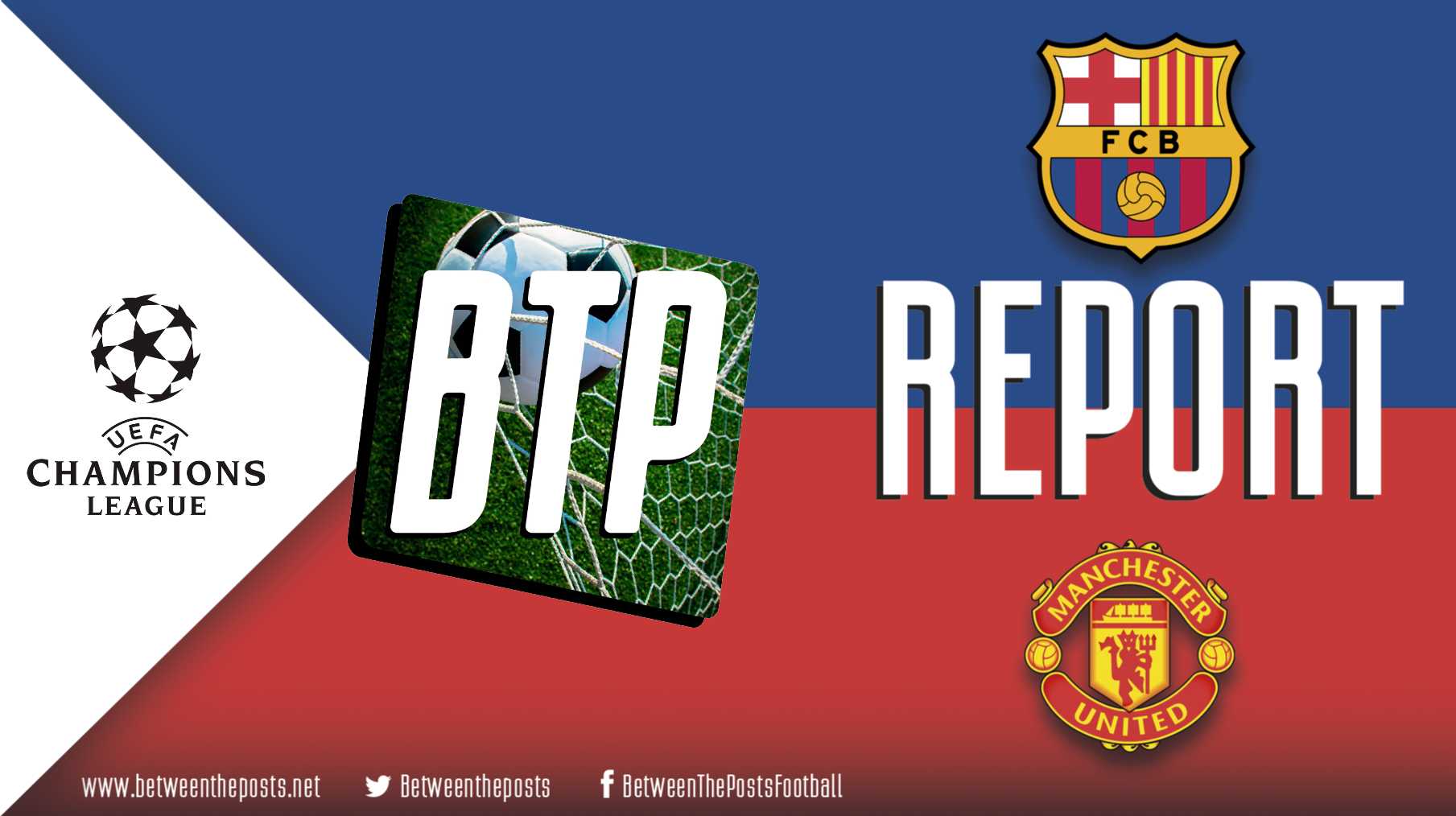