Either Ajax or Tottenham Hotspur will play the Champions League final. It is a huge opportunity for both clubs, and considering recent form and missing players on both sides, it looks to be a proper coin toss. A tactical preview on an unexpected Champions League semi-final matchup.

Pochettino has fielded about every formation possible this season. Two central defenders, three central defenders. A single holding midfielder with two attacking midfielders, a double pivot, a box in midfield, the diamond has featured a lot, a flat line of three central midfielders and one number ten… Two central strikers, one striker with a number ten in support, a striker with a winger and an open right side. The list goes on and on.

Formations are telephone numbers anyway, the key point here is that Spurs are about as flexible – and unpredictable – as it gets. Pochettino himself has turned from a purebred Bielsa disciple into a more flexible manager that changes styles and formations within matches. Ajax can hardly know what to expect from them, as Tottenham are able to defend deep and can be extremely dangerous on the counterattack, as well as apply a counterpress After losing possession, a team immediately moves towards the ball as a unit to regain possession, or at least slow down the pace of the counterattack. and embrace a more positional style of play.

The fact that Tottenham are still in the Champions League come May is commendable. They knocked out Borussia Dortmund and Manchester City, and after a group stage with FC Barcelona, Internazionale and PSV, Spurs have had their fair share of competition. Deloitte rank them as the tenth club of the world in terms of revenue, ahead of Juventus, Borussia Dortmund and Atlético Madrid. The thing is, these clubs spend their money on players, while Spurs have splashed a ton of money on their new stadium and have added only one player in the last three transfer windows.

As a result, Tottenham do not have a lot of squad depth, and boy, is it haunting them going into the most important match of the season. Harry Kane, Serge Aurier and Harry Winks are out injured, Heung-min Son is suspended and both Jan Vertonghen and Moussa Sissoko are in doubt for this clash. That’s four nominal starters missing right there, if Sissoko cannot play. Spurs do not come into this match in good form. They lost seven of the last thirteen matches they played.

From a tactical point of view, this Ajax is best described as Cruijffian, as they play with two midfielders in defense, two playmakers in the double pivot, a false striker and three technicians as offensive midfielders. They try to get on the opposing half with short passing, and after losing it, they press vigorously to get it back.

Pep Guardiola once said that without the ball, his legendary Barcelona team were among the worst in the world. More or less the same can be said about this Ajax team. They have to press and counterpress well to win matches, which they have done brilliantly on six occasions this season against some of Europe’s powerhouses, in Bayern Munich, Real Madrid and Juventus.

Ajax do not have a plan B, they have a plan A that they consistently carry out to a tee. Speaking frankly, no other team in this season’s Champions League – barring Liverpool, perhaps – has so consistently carried out their style of play and has been successful with it.

Ten Hag is no one-trick pony, however. He changes details in the way his teams attack and defend. For instance, in the home game against Juventus, left back Nicolás Tagliafico played as an extra midfielder in the final third, The one-third of the pitch that is closest to the opposition’s goal. whereas he is usually tasked with keeping the width. This gave the left winger more one-versus-one opportunities against João Cancelo, who had probably been pointed out as a defensive liability by Ten Hag.

In the away game, Ten Hag positioned Lasse Schöne a lot deeper after the interval, dragging out Juve’s midfielders, thus opening up spaces for other players to play in, resulting in a much better second half. Ten Hag is a manager of small tactical details that most casual fans don’t pick up on.

He is not a Cruijffian and idealistically driven manager, however. When Ten Hag coached FC Utrecht – a mid-table side – he set them up as a compact and closed unit, a side that hoofed the ball long whenever they were remotely pressed. Akin to Ronald Koeman at the Dutch national team, he has added directness and vertical transitions to Ajax, something that had gone missing in Dutch football for some time.

Except for the long-injured playmaker Carel Eiting – who was never expected in the starting eleven anyway – Ajax have a fully fit squad. Mazraoui is expected to return at right back, meaning Joel Veltman returns to the bench. The Dutch FA cancelled an entire round of fixtures to ensure seven days of rest for Ajax, meaning they enjoyed four more days of rest than Spurs.

We know how Ajax will play, meaning Spurs is the team that decides what kind of match we will get to see here. When facing Ajax, there is a risk that if you attempt to press, they will play right through you and enjoy the spaces you have left. There is also a risk that if you defend in a low block, A low block refers to a team that retreats deep in their own half out of possession, generally only disrupting their opponents around their own box. you will never get out of your own half because of the excellent counterpress. If Tottenham indeed attempt to break up Ajax’ buildup early, they will have to neutralize Frenkie de Jong, whether through man-marking or by blocking passes into him.

Considering the overall form and state Spurs are in, it is more likely Pochettino will opt for a low-to-medium block when Ajax have the ball, and the possession battle will go slightly Ajax’s way.

Given the 2-2-5-1 formation Ajax attack in, there is huge potential for Tottenham if they are able to break the press with a dribble or a pass to the far side. Lasse Schöne, Daley Blind and even Matthijs de Ligt are not elite in terms of raw speed. They rely on good positioning and stepping out as a unit to prevent counterattacks altogether. If Eriksen can bypass one of his former teammates with a dribble and launch Lucas Moura for example, Ajax could be in serious trouble.

Without the ball, Ajax set up in a zonal 4-2-3-1 shape. They make use of several different pressing triggers and pressing varieties. The question here is whether there will be a lot of pressing, or if Spurs will utilize the long pass more often. Ajax do leave some room for center-backs, often starting to press when a pass to the fullback or midfield is given, meaning there is always some time to hoof the ball away from pressure.

In terms of personnel, every choice of style for Tottenham comes with its own profile of players required, and there are too many variables to write all of them down. One logical note to make is that if Spurs indeed look to take a leaf out of Mourinho’s Europa League final book with Manchester United and bypass Ajax’ pressing with long, aerial balls, Fernando Llorente might have an important part to play, and Moura might be put on the wing, or play as a second striker.

A possible way to deal with Ajax’ line of five attackers is to play with five defenders. Surprisingly little teams – both domestically and in Europe – have tried a 5-4-1 formation off the ball against Ajax. Maybe Poch will go for a 5-3-1-1 formation, with Alli as De Jong’s marker, positioned shortly behind Llorente?

Spurs start the match extremely cautious, both in and out of possession. After Ajax play through the thirds easily and go up 0-1, completely dominating the first half, Spurs are braver in both pressing and in possession, get a deserved equalizer and miss some chances to finish the game in the first leg. 1-1 draw. 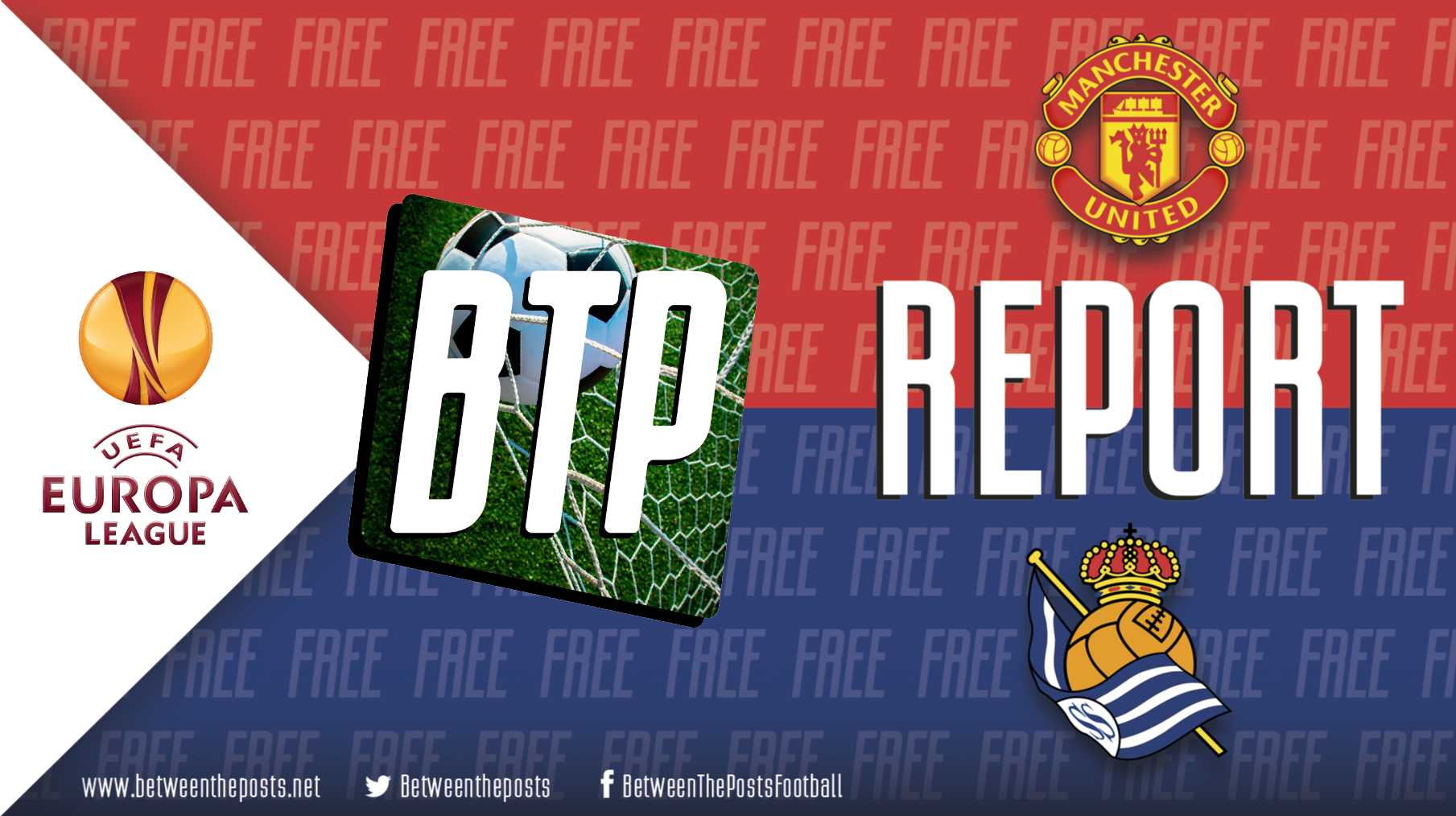