May 15, 2022 Emmanuel Adeyemi-Abere No Comments

Keep your friends close and frenemies even closer. The two managers in the dugout, hailing from similar paths, have overseen three draws this season. Changes from both men could not split the two teams here, leading to a dramatically bitter finale that keeps alive a fabled dream.

Old habits die hard in west London. Chelsea dreamt of a fruitful season building on the foundations of Thomas Tuchel’s work at the start of 2021. What has manifested in the last nine months has been far more chaotic. In the absence of stability behind the scenes, this outfit have also swung too wildly from peaks to troughs. Neither in the race for the Premier League title nor able to hold onto their crown as kings of Europe, Chelsea seek to console themselves the only way they know: with more silverware.

Life has rarely been better at Liverpool. Club, Klopp, and the city are singing from the same hymn sheet, sustaining their assault on four fronts into the final weeks of May. Though the league is in the hands of Manchester City, to have a chance of achieving a quadruple at this stage of the season shows how skillfully they have navigated this year. Keen not to fall short at the final hurdle, the ‘mentality monsters’ strive to repeat history, inflicting more cup final heartache on their opponents at Wembley.

Tuchel has trialed many solutions in the new year, but he has mainly chosen a 3-4-3 system in top tier clashes. He picked that shape here. Thiago Silva was the only man to step into the side off the back of a 3-0 win over Leeds United, coming in for Andreas Christensen. So, Mateo Kovačić, a doubt before kickoff with a swollen ankle, was fit to play next to Jorginho. Romelu Lukaku kept his spot to lead the line in front of Mason Mount and Christian Pulisic, while Kai Havertz was not in the matchday squad.

Klopp’s rotation policy prompted five changes to the starting eleven that edged past Aston Villa last time out. The primary absentee was Fabinho, whose hamstring strain has ruled him out for the rest of the league season. Jordan Henderson came back into the fold at the base of midfield, sitting to the right of Thiago Alcântara. Elsewhere, most eyes were on the front three. Diogo Jota dropped to the bench, so Klopp went for the same trident that had tormented City in the semi-final of the FA Cup.

In contrast with their first two clashes this year, Liverpool flew out of the traps to gain tactical superiority. Chelsea had adapted their 5-2-3 pressing scheme from their most recent duel in the Carabao Cup final. Havertz swept across the backline to prompt Liverpool to build the play from their right, keeping the ball away from Virgil van Dijk. No such duty laid with Lukaku, who covered Henderson. Marcos Alonso moved higher to the left of Jorginho, letting Pulisic close down Konaté. On the other hand, Reece James invariably held back in the chain of five from the right flank. 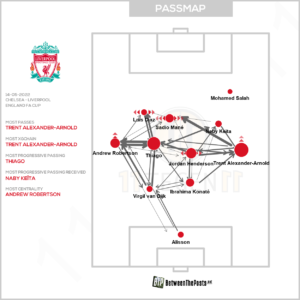 Among the factors that played a part in this dynamic was Liverpool’s structure on the ball. Thiago dropped deeper on the left next to Henderson, while Naby Keïta was higher between the lines to the right of Sadio Mané, who drifted left of center to create a box in the middle of the park. The threat of Mo Salah and Luis Díaz kept Chelsea on their toes at the back. Central overloads let Liverpool thread passes through the front three, while patterns of play isolated Díaz to work magic with his dribbling. 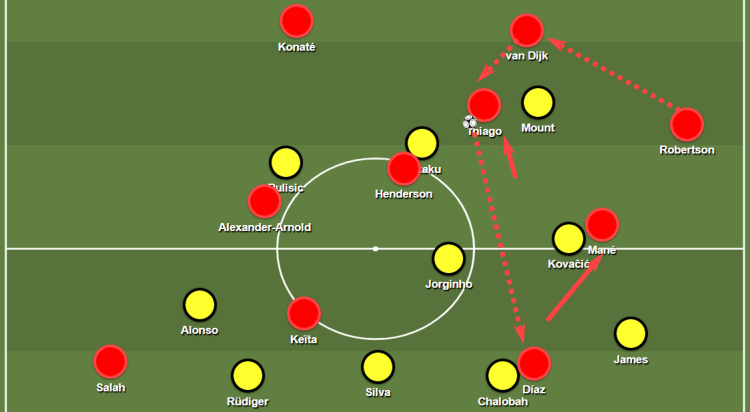 6th minute: offensive sequence from Liverpool. Mané drop to create a box, generating a free man in Thiago since Kovačić covers the forward. Thiago then finds Díaz, who skips past Trevoh Chalobah.

The other reason why Liverpool had the better share of the opening stages was their pressing. As ever, Klopp’s men relied on a higher 4-3-3 block. The shape offered them access to close down Chelsea’s buildup options in the middle of the pitch. Keïta and Thiago could jump forward to cover the double pivot, while the front three could press the back three ahead of them. Their intensity, aggression, and clear triggers almost stopped Chelsea from building play out from deep at all in the first 15 minutes. 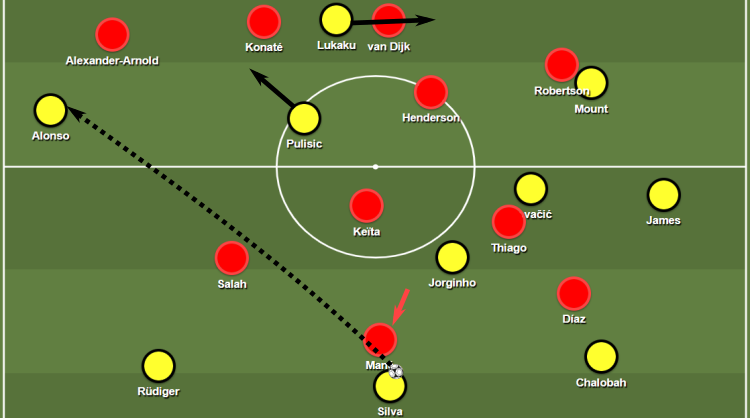 16th minute: offensive sequence from Chelsea. Thiago Silva diagonally switches the play to Alonso, Pulisic underlaps, drawing out Konaté, and Lukaku moves to the right of van Dijk, forcing Henderson to drop into the last line. Recirculation of the possession lets defender find James with another switch.

The basis for Chelsea’s growing foothold was a familiar plan. One of the wing-backs, James, dropped off on the right flank. Offering a lateral option near the ball on the wing to Chalobah, he usually drew Díaz backward. Mané dropped back to shadow Jorginho, waiting for a lateral pass as a cue to jump from his covering role, while Salah moved back to cover Antonio Rüdiger. The asymmetry in the back five gave Thiago Silva space to find the free man in Alonso, higher than James on the left flank.

From here, underlaps were central to their attack. Once James moved up the flank, Tuchel’s men were in a 5-on-4 superiority. The wing-backs, and the front three, offered one more man in the final third than Liverpool’s back four. Key was finding the right solutions to beat the high line and offside trap.

James’ deep position, and Mount’s role in the halfspace, forced Robertson to decide how much he ought to push out and pick up the wing-back. If the inside forward broke down the right flank, the other three defenders were wary of Alonso roaming freely into the box from the ball far side. Indeed, underlaps on the ball near side behind the fullback forced the rest of the back four to drop off and shift laterally. Switches of play and a box midfield helped Chelsea stitch together several threatening openings. Alas, to the misfortune of Tuchel, the classic flaw of final third wastefulness was costly. 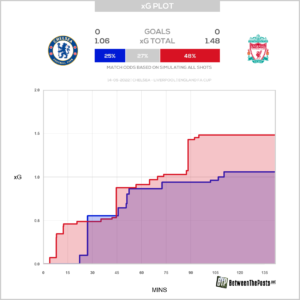 Chelsea began the second half in the same way Liverpool started the match. Tuchel’s changes to the press denied their opponents from making easy headway into the final third. Lukaku made arcing runs to press the center-backs, while Pulisic came inward to block passes to Henderson. Kovačić moved out to close down Thiago, while Mount offered man-oriented cover for James on the right flank.

Chelsea’s pressing structure after the break.

Liverpool, in turn, adapted. James Milner came on for Keïta, making many deep runs to the inside of Rüdiger to break away from Jorginho and exploit the gaps around the wide center-backs. But for all the chances and changes, neither the second half nor extra time managed to break this deadlock.

Like the Carabao Cup final, penalties would have to separate these two outfits. In February, Tuchel had brought off Mendy to put on shootout specialist Kepa Arrizabalaga. The first choice goalkeeper guarded his net to the end this time around, but Tuchel had yet another intriguing ruse up his sleeve at the death. Only on the field for a quarter of an hour, Ruben Loftus-Cheek came off for Ross Barkley.

Barkley scored from twelve yards, but it seemed his contribution would be futile after Azpilicueta hit the post. Mendy spared his blushes, parrying Mané’s strike to bring on sudden death. Mount would be the one to miss the decisive effort, setting the stage for Kostas Tsimikas to secure Liverpool’s triumph.

TSIMIKAS FOR ALL THE GLORY!!!!

Though fatigue told in the latter stages of the contest, this final offered similar tactical duels to the Carabao Cup final. Chelsea’s solutions to defend a box midfield and their ideas to stress the offside trap of Liverpool’s 4-3-3 block showed how Tuchel and Klopp partook in an intriguing war of minds.

For Tuchel, another loss in a cup final reflects the disappointment of this campaign. While not perfect in his work, he will hope the fine details in both boxes begin to his way next year. For Klopp, injury concerns are the only matter that can only dampen his mood as the push for more trophies continues. 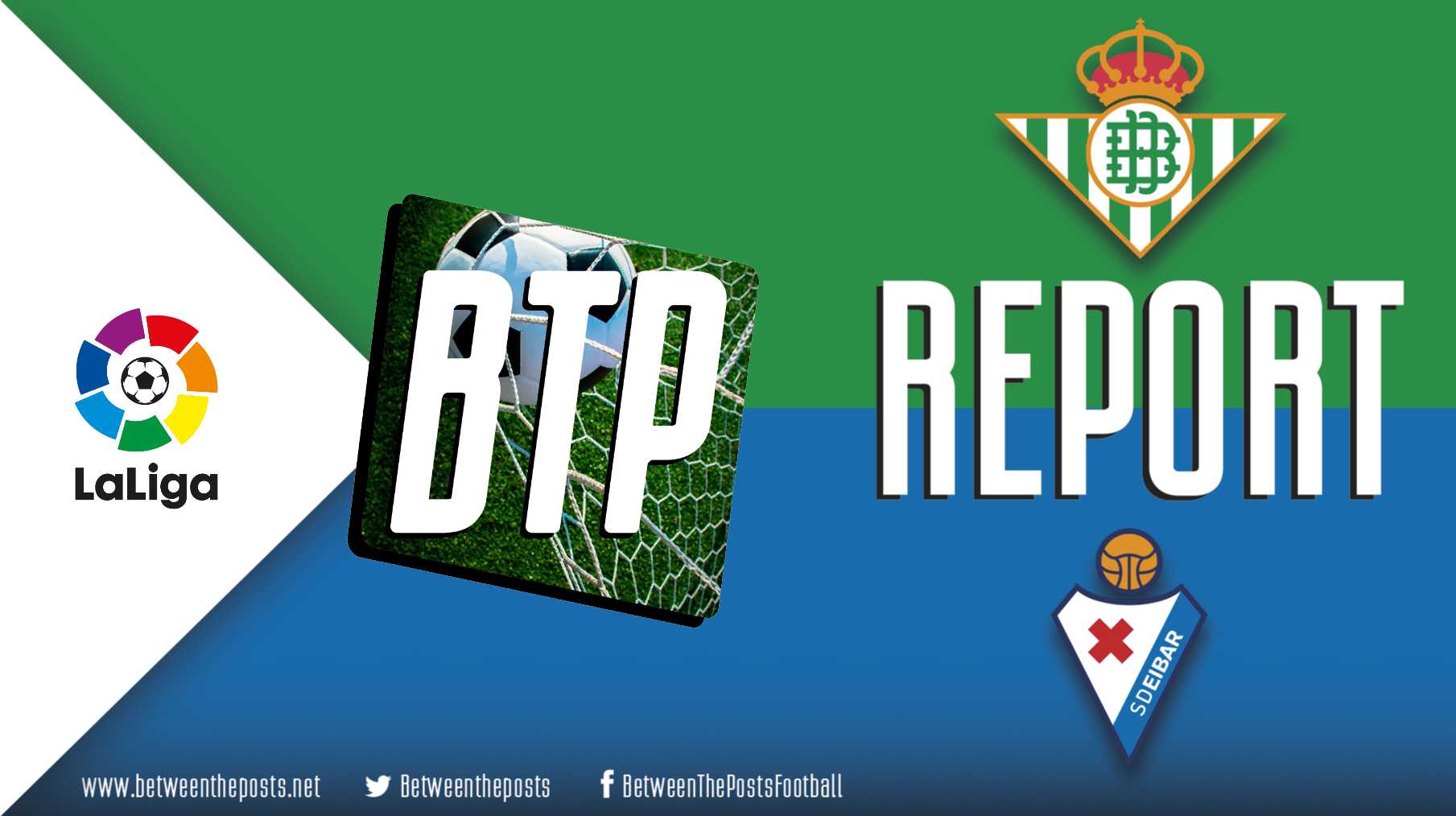 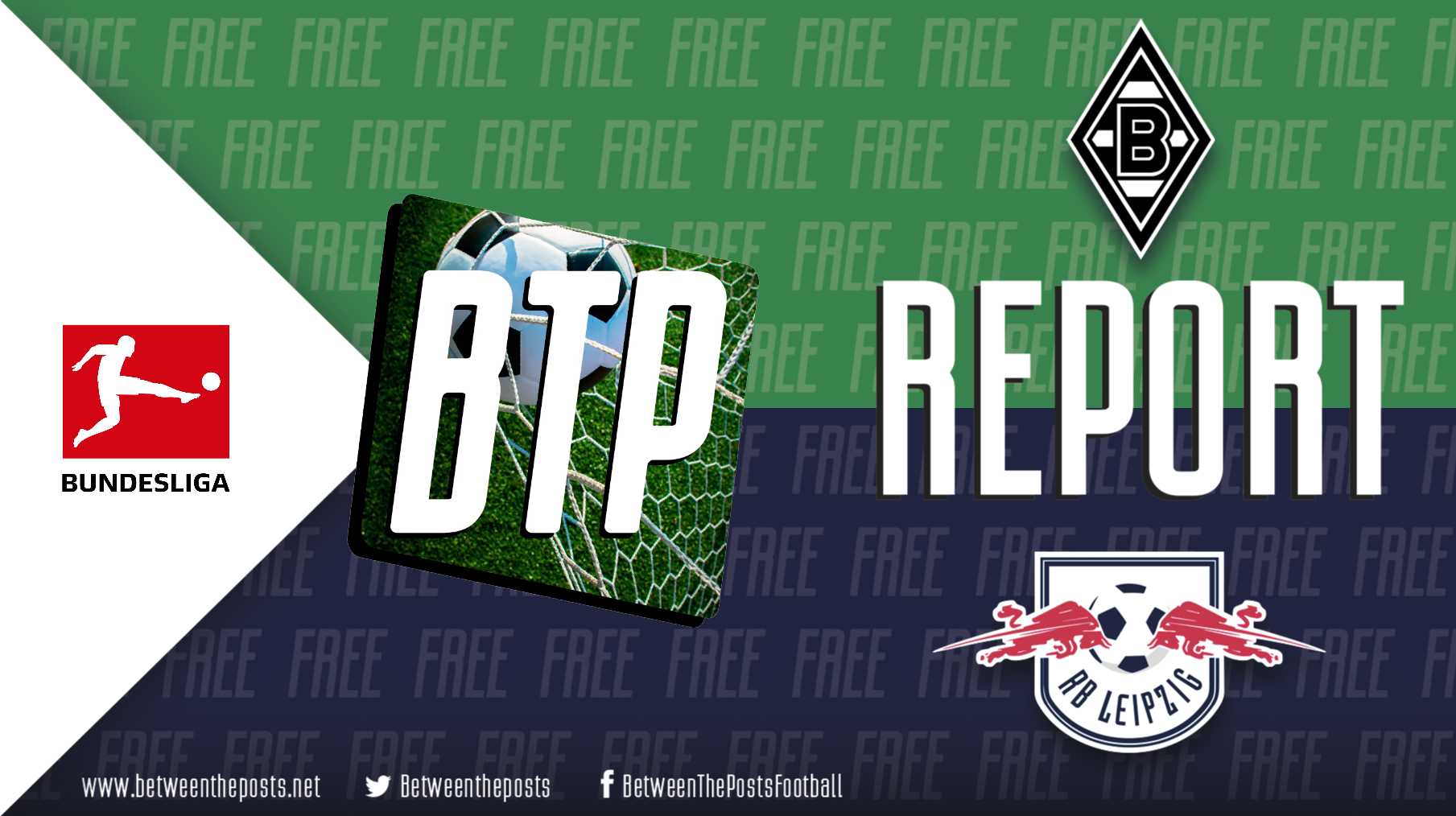