Belgium’s struggles continued, and although they showed improvement from their last two games, Roberto Martínez’s side are knocked out from the group stages for the first time since 1998. Croatia took a cautious approach, but it paid dividends as they progressed to the round of sixteen at the expense of a devastated Belgian side.

After a shock defeat against Morocco, Belgium arrived into this game fully knowing that anything other than a victory would mean curtains to their World Cup dreams. The Golden Generation’s last hurrah in Qatar has certainly not gone to plan, with poor performances against Canada and Morocco further highlighting their recent struggles. A win over Croatia, on the other hand, could instill hope and revitalize an otherwise dull camp.

Roberto Martínez once again lined up in a 4-2-3-1 formation with Thibaut Courtois continuing in goal. The back four remained the same from the last game, but Leander Dendoncker replaced Amadou Onana in midfield and played alongside Axel Witsel. Kevin De Bruyne, Dries Mertens and Yannick Carrasco were given the nod in front of the double pivot, while Leandro Trossard started his first World Cup game.

Meanwhile, Croatia only needed one point to progress to the next round. Following a draw against group leaders Morocco, Croatia completely dominated Canada in their last game, winning by four goals to one, with several of their key players in attack showing some much-needed form.

Zlatko Dalić stuck with his preferred 4-3-3 formation. Dominik Livaković started in goal, while Josip Juranović, Dejan Lovren, Joško Gvardiol, and Borna Sosa formed the back four. Their midfield is arguably the best in the tournament with Luka Modrić, starting alongside Mateo Kovačić and Marcelo Brozović. Andrej Kramarić and Ivan Perišić operated as wingers, and Marko Livaja played as the center forward.

Similar to the last game, Belgium’s 4-2-3-1 formation on paper shifted to an asymmetrical 3-4-2-1 shape in possession, with Meunier holding the width on the right and Carrasco on the left. Kevin De Bruyne slotted into the right half space, whilst Mertens was more central, often acting as a second striker behind Leandro Trossard. Both sides were seemingly cautious in the opening minutes, as the stakes were very high.

Belgium, however, had a couple of early chances on the transition, but ultimately fluffed it. Croatia, meanwhile, formed a 4-3-3 shape out of possession, adapting a medium-block and their trigger to press was when the ball moved wider to the wing-backs. The center-forward, Livaja did not look to press the center halves but instead marked Witsel, while Perišić picked the far-sided player in the pivot (Dendoncker) when he looked to drop deeper to facilitate the buildup.

On the flanks, Kramarić pressed Castagne by using his cover shadow to block the passing lane to the Carrasco, with Juranović pushing forward to Belgium’s wide outlet. However, this also had a variation as the game went on, as Trossard and Mertens started popping up in the left half space and received possession between the lines. As Belgium started applying pressure, Croatia ultimately reverted to a 4-5-1 block, with their wingers stranded on the opponents’ wing-backs. 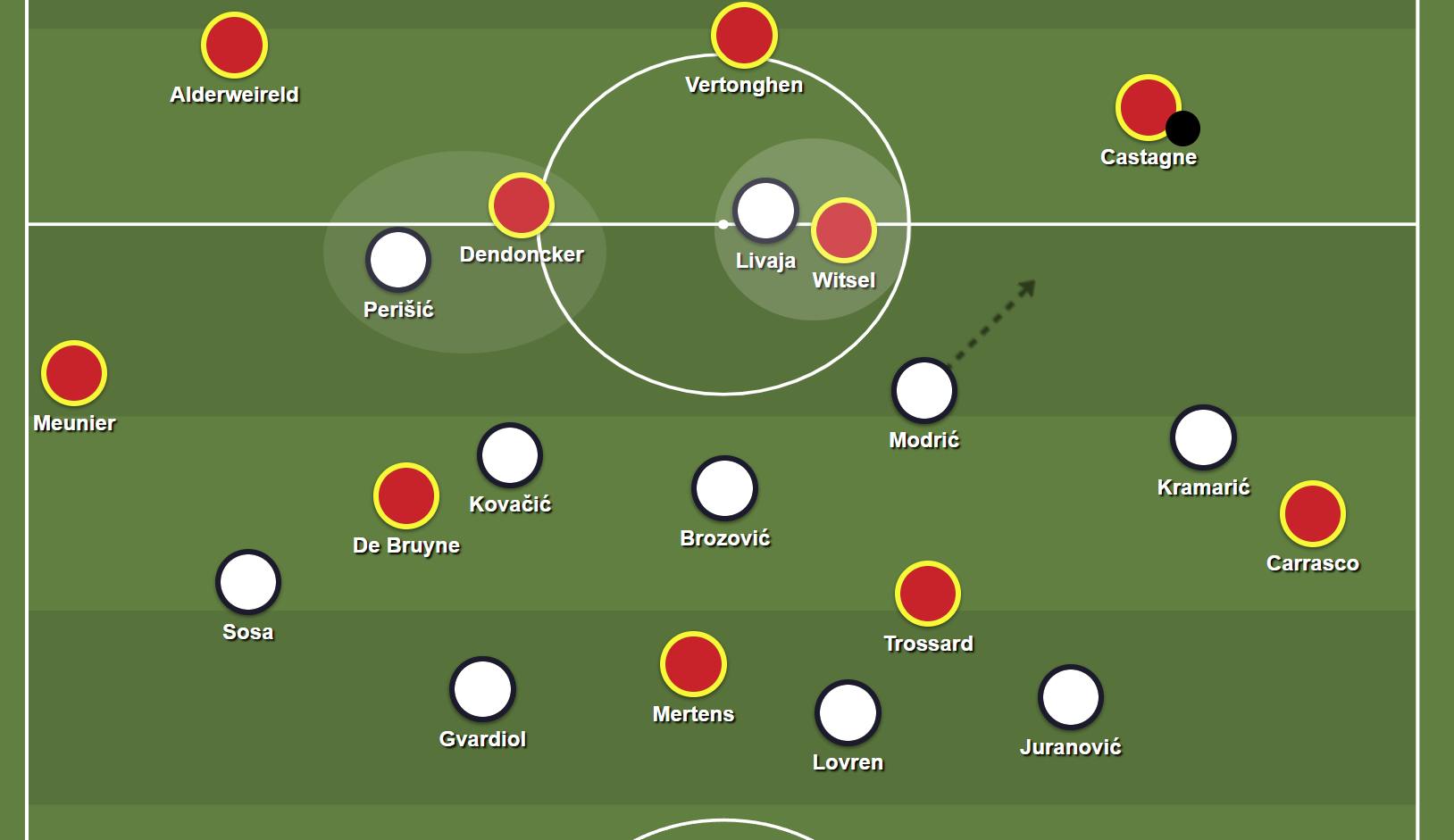 Croatia’s 4-5-1 medium block. As Castagne receives possession, Modrić advances to press Castagne. Croatia also looked to maintain numerical superiority in the wide areas, with Juranović and Kramarić stationed on Carrasco. Perišić and Livaja marked the pivots and stopped them from receiving possession, so Belgium ultimately had to move the ball from side to side.

Belgium, on the other hand, changed their shape out of possession once again and aimed to match Croatia and neutralize their midfield. Starting in what looked like a 4-3-2-1 shape, Mertens picked up Brozović to prevent him from dictating the play. Meanwhile, Witsel and Dendoncker were tight on Modrić and Kovačić. The full-backs were the free-man in possession and as the ball shifted to them, the near-sided player in the double pivot advanced to the flank while the ball far winger moved inside to mark Croatia’s central midfielder, therefore making it a three-man midfield.

The game was certainly cagey in the first half, with both the sides nullifying the central threat and forcing each other to buildup through the flanks. Croatia were awarded a penalty early in the game, but, as Modrić stepped up to take the spot-kick, it was overturned because of an offside.

Martínez knew that his side had to score, so he replaced Dries Mertens with his wildcard – Romelu Lukaku. The Inter Milan striker was unquestionably a big miss in the opening two games, but the manager hoped that his presence can bring the likes of De Bruyne and Trossard into play. Nevertheless, it was Croatia who started the half on the front foot as they created several chances only for Courtois to intervene.

Unlike the first half, De Bruyne and Carrasco stayed higher up the pitch to create trouble on the transition, but this ultimately exposed Belgium’s right flank. As Sosa received the ball on the left side, Dendoncker was forced to press him, and as a result, it created a three-versus-two situation. Dalić’s side found joy through Kovačić, Perišić, and Sosa. 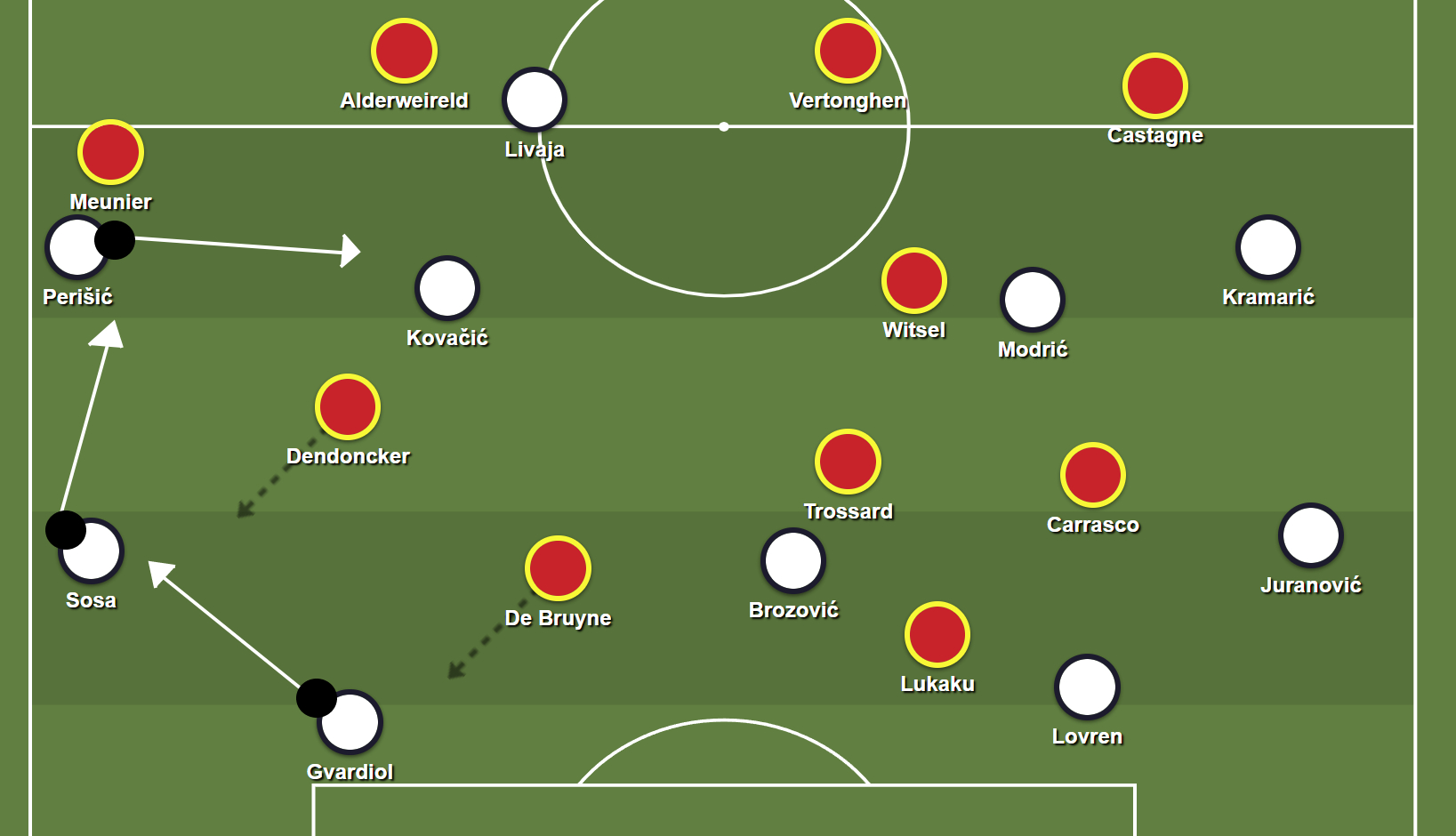 Minute: 50 – Croatia’s overload. De Bruyne presses Gvardiol and this, in turn, forced Dendoncker to engage Sosa, therefore creating a numerical superiority on the left side. Perišić and Kovačić link up as Croatia drag Belgium’s double pivot across the pitch.

Belgium’s double pivot were stretched throughout the first twenty minutes in the half, so Martínez once again turned to the bench. He brought Youri Tielemans and Jeremy Doku and changed Belgium’s shape to a 4-4-2 diamond formation. With fresh legs on the pitch, Croatia were restricted, as they started sitting back and allowed Belgium to dominate possession.

Jeremy Doku made an instant impact from the bench and his team looked threatening when he had the ball. However, Lukaku, who has been an integral part of Martínez’s tenure, missed several clear cut chances towards the end of the game, which ultimately played a huge part in Belgium’s elimination. In the end, the game ended in a stalemate, with Belgium looking distraught as Croatia progressed to the knockout stages along with Morocco. 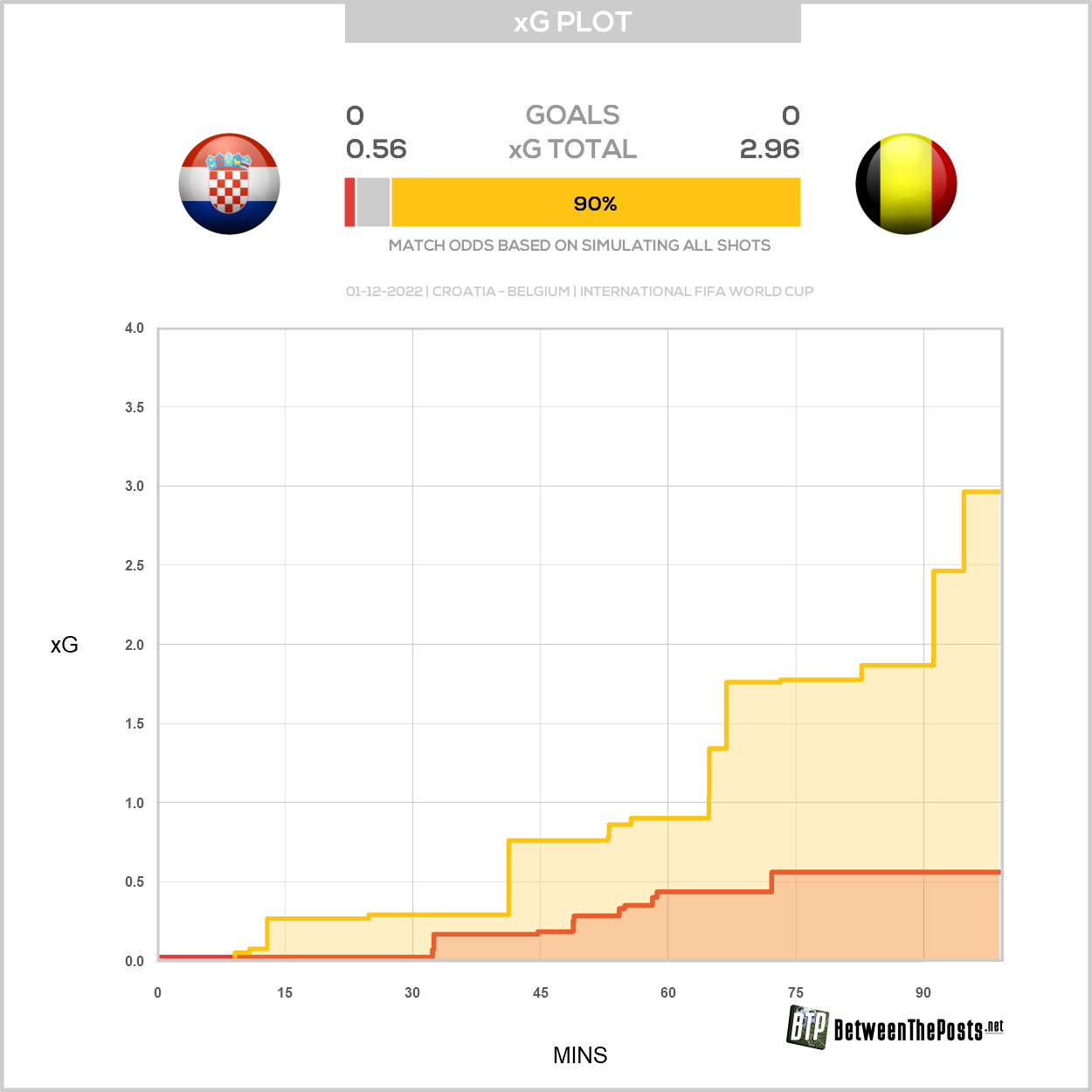 The Golden Generation’s last dance ends in disarray. Belgium were the top scorers during the 2018 World Cup in Russia, but they only scored once this time around. In the aftermath of a humiliating exit, Roberto Martínez announced his departure from the national side. What Belgium have accomplished under his leadership is admirable, but the nation will feel hard done in the end with a sense of underachievement.

A group stage exit is unacceptable, but it provides an opportunity to look into the future and move on from this talented generation. A fresh set of youngsters have already shown promise and maybe it’s time to integrate them into the team.

Croatia, on the other hand, have proved their worth and despite their struggles against Belgium and Morocco, they are provided with another opportunity in the knockout stages. The 2018 World Cup’s runners up will face Japan in the round of sixteen in what is poised to be an interesting match up. Joško Gvardiol stole the limelight versus Belgium, and Croatia will hope that he can rise to the occasion once again to allow their talented midfield and forward line to perform their magic in the knockout rounds. 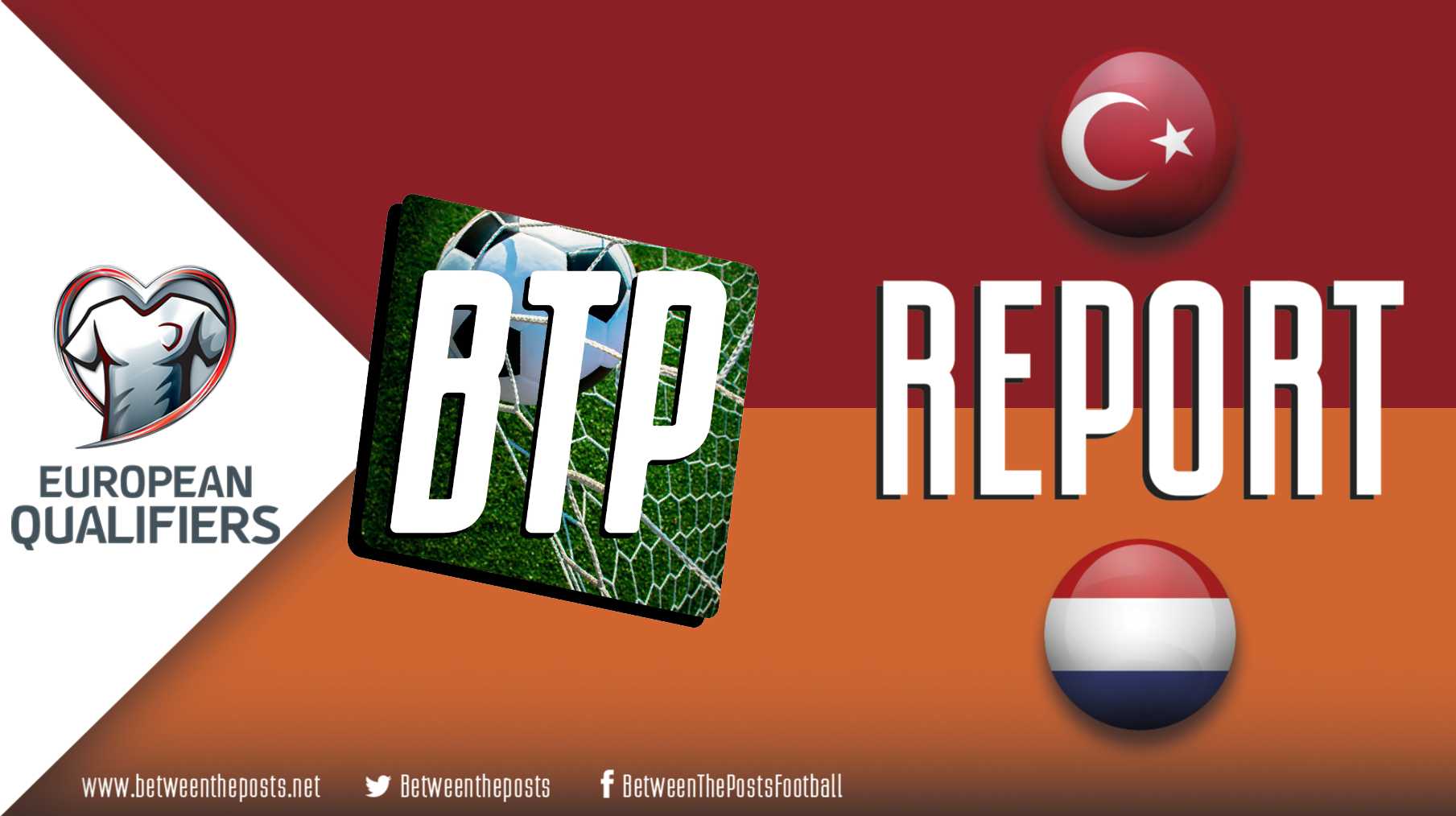 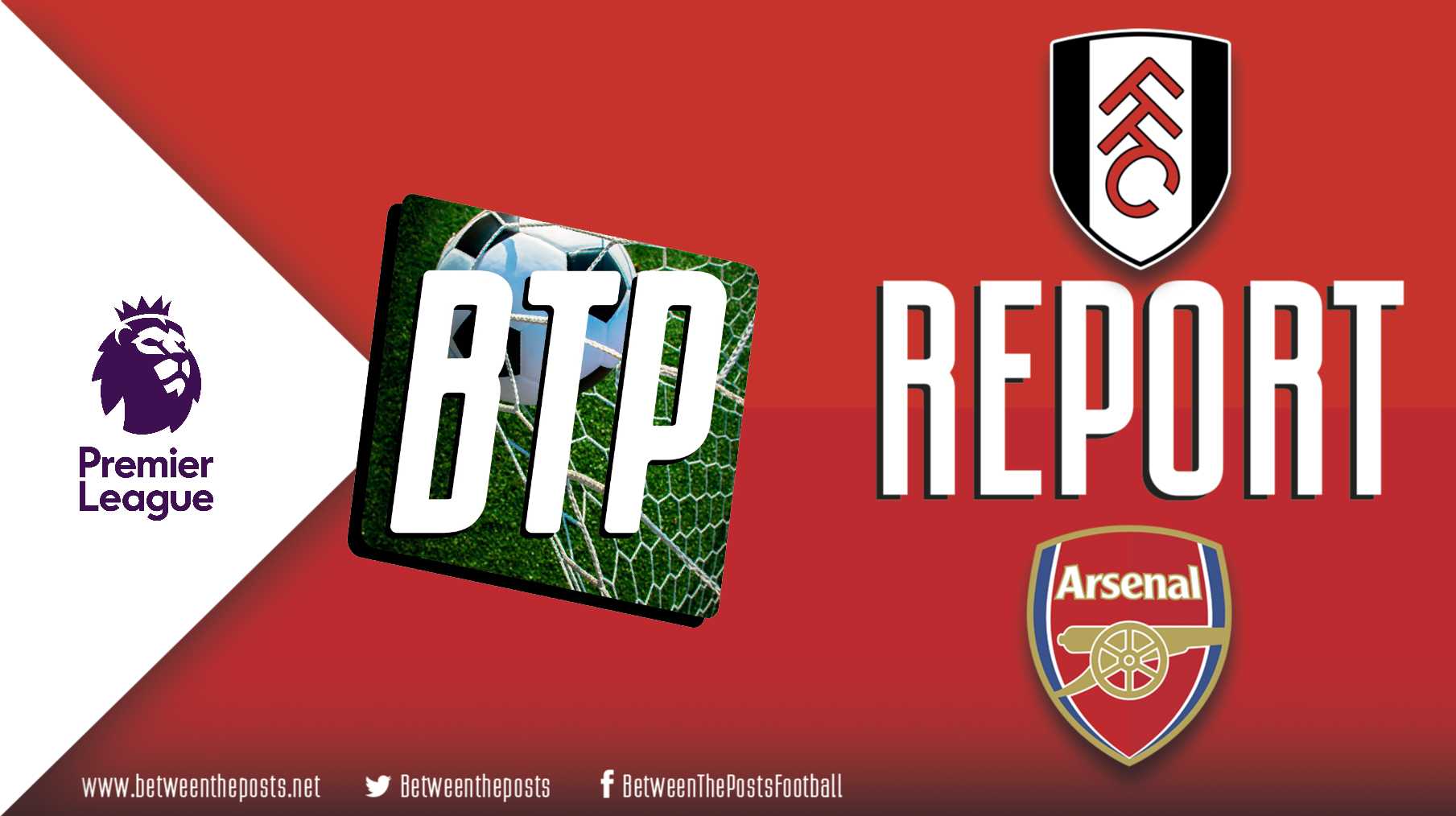