Jürgen Klopp’s side came away with a win, but this was a game that could easily have gone the other way if Leicester City had their shooting boots on. The Cody Gakpo transfer deservedly took the headlines, but the problems for Liverpool have less to do with their collection of forwards and much more to do with a complete inability to impose their will on other sides.

This season, Liverpool and Leicester City have found themselves at a crossroads: while Jürgen Klopp deals with the overturning of the only hierarchy he has known, Brendan Rodgers is contending with the fact that he no longer has control over his team. Last season’s grueling campaign seems to have sapped Liverpool of their usual vitality this time around, but the attacking numbers still hold Klopp’s side in good regard. The signing of Cody Gakpo – an interesting decision given the Reds’ midfield issues – only bolsters the offensive options, particularly against a Leicester side that was pistol whipped in the league by Eddie Howe’s Newcastle United.

Klopp picked his usual 4-3-3 formation, with all the names one might expect. The one change was Harvey Elliott coming on in place of Fabinho, which saw Jordan Henderson take over as the holding midfielder. Leicester City made two changes to the side humbled by Newcastle, as Ayoze Pérez and Wilfred Ndidi replaced Youri Tielemans and Dennis Praet respectively.

Given Thiago’s ability in buildup, the Spaniard featured heavily in that phase, which benefited Henderson who played as the holding midfielder. With Robertson playing deeper, the hosts built with a line of three defenders, with Thiago higher than Henderson in the left halfspace. Leicester pressed with a 4-2-3-1 structure, with the wingers playing close to the fullbacks. 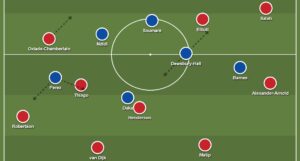 For Barnes, this meant covering the passing lane to Trent Alexander-Arnold, whereas Robertson’s deeper position meant that Ayoze Pérez could push on to him. With Patson Daka pressing the ball-carrying center-back, Leicester dispatched the rugged Boubakary Soumaré to push up on Henderson in a bid to generate turnovers. Ndidi then shadowed Thiago, with Kiernan Dewsbury-Hall playing deeper to cover the lane into Elliott and help fullback Luke Thomas when he was up against Mohamed Salah.

Leicester did reasonably well to press out of this formation, though Thiago, Salah and Darwin Núñez’s ability meant that they could retain the ball despite pressure. Elliott’s smart positioning – either dropping deep or receiving on the outside of Dewsbury-Hall – meant that Liverpool’s right-sided combinations were always available.

Unsure about Harvey Elliott's profile but enjoyed his positioning in #LIVLEI — constantly received outside Drewsbury–Hall which pulled #LeicesterCity towards the right→made it easier for CBs to access Thiago on the left. A player who speeds the game — #Liverpool have a good one

Additionally, the gravity of that triangle on the right meant that a back pass to the center-backs allowed them to access Thiago and Robertson more easily, though Leicester did well to shuttle across and prevent a breach within the defensive block.

While Liverpool did get pressed deep on a few occasions, the first half was dominated more by gradual progress up the pitch as the hosts would recycle the ball through the center-backs to creep up the pitch. 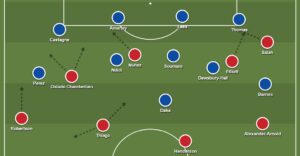 Leicester’s block was compact and largely restricted movements between the lines.

This saw Leicester fall into a 4-5-1 medium block, where the idea was to allow deliveries from the fullbacks but crowd out the forwards so that Leicester could counter with Barnes, Daka and later, Jamie Vardy. Naturally, this created a superiority in midfield, since Leicester could simultaneously cover both players and ball.

With Núñez not being the best at receiving to feet and turning and Salah under constant supervision, Liverpool used a third player to combat this overload. Oxlade-Chamberlain began dropping from the forward spot into midfield (particularly, in the advanced left halfspace) – this allowed Robertson to continue running the wing, while Núñez utilized his speed to spring forward runs into the space between Timothy Castagne and Daniel Amartey. This gave Liverpool the opportunity to ping the ball in midfield and find the advancing fullbacks more easily, with crosses that could be attacked by the forwards as well as the midfielders. This tweak indirectly led to the first goal, as Thiago found Alexander-Arnold in space on the wing for the right back to deliver the cross. While the ball did not find a Liverpool player, it did find Wout Faes, who inexplicably sliced the ball into his own net.

Out of possession, Liverpool pressed out-to-in in an attempt to funnel Leicester into the middle of the field. This was because Ndidi and Soumaré dropped deep to collect the ball, which led to Thiago and Elliott pushing up as well. The thinking seemed to be that if the fullbacks were given the ball, they could be pressed along the touchline, leaving a long ball to the forwards as the only option. Such attempts are easier to deal with when a team can claim both Virgil van Dijk and Joël Matip in defense, although the center-backs’ eagerness was used against them in the buildup to Leicester’s opener.

Daka received a header which van Dijk and Matip both attempted to cover, leaving a gaping hole through which Dewsbury-Hall shot through as the third man. The youngster was able to beat Alisson for a composed finish, though Liverpool would soon overturn the deficit through another Faes error.

Similarly, Leicester had opportunities to score, as balls in behind the midfield left the defense exposed due to the typical high line. Vardy, Pérez and particularly Barnes made sure to have good positions during the rest offense period for Leicester, leading to moments where they received the ball with only the center-backs and Henderson to beat. Some last-ditch defending by van Dijk and van Dijk saved the Reds, who continue to demonstrate that their lack of midfield personnel is the biggest inhibitor on the team.

The game state largely stayed the same for the remainder of the game, with Liverpool having more and better opportunities but Leicester always offering the threat of a counter. A golden chance for Salah early in the second half would have sealed matters for Liverpool, though this was also day when Núñez’s woes in front of goal continued.

More than any Liverpool player, it was Barnes who seemed likeliest to make something happen, particularly when darting to the outside of Matip towards the goal. The introduction of Youri Tielemans saw a switch to more of a 4-3-3 shape, with Dewsbury-Hall shifting to the right of the midfield. This saw Pérez get more involved in the game, with Barnes lurking away from the ball for a dribble or shot. Were it not for Dewsbury-Hall misjudging his header, Liverpool might have had a much tougher game on their hands, particularly with their own forwards misfiring badly and their midfield unable to impose the control we have to come to associate with a Klopp team.

For now, Liverpool escaped unscathed – they may not be as fortunate in the future if the midfield does not receive immediate upgrades. 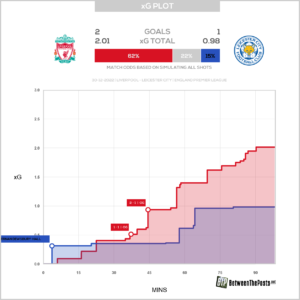 The win marks a fourth straight Premier League victory for Liverpool, but the fundamentals are rickety and capable of being exploited by a more talented/fortunate side. Leicester did what they could and got close, seeing as they did not allow the hosts to score. Were it a better day for their forwards, we might be talking about a potential Leicester turnaround, while condemning Liverpool for their failings in the transfer market. 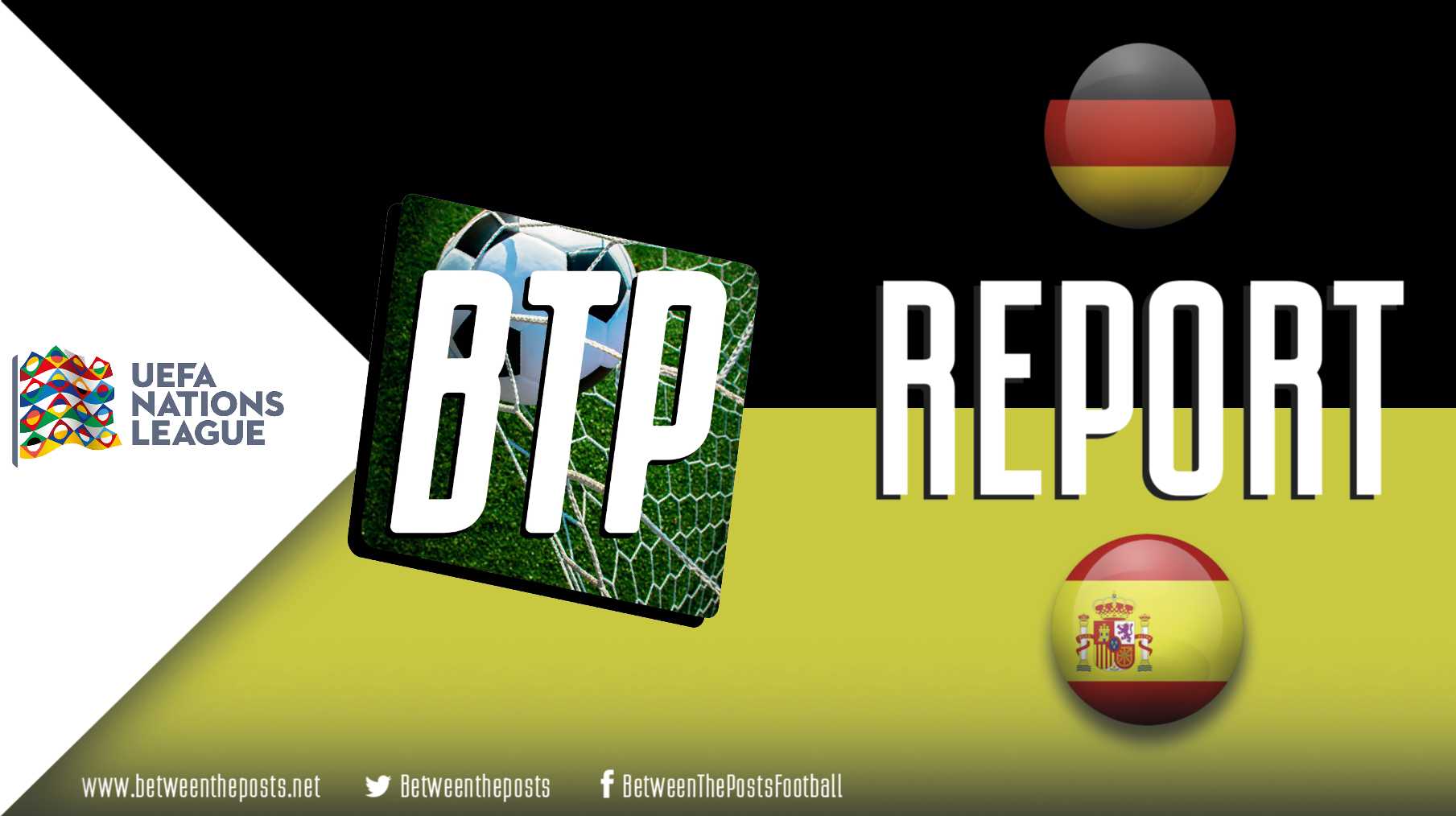