In a tumultuous campaign, breaking through a window of opportunity into fourth place offers Manchester United the chance to salvage some pride. But the gulf in class to their rivals was too much to close on away turf in this derby. A masterclass in midfield and clinical counterpressing strangled the guests in a clash that highlighted the brilliance of the incumbent league leaders.

Liverpool’s hopes of a quadruple grow week on week. Fresh off a 3-2 win over Manchester City in the semi-final of the FA Cup, they have now booked a return trip to Wembley Stadium to have a chance to seal their second domestic cup trophy of the campaign. The outcome broke the eight goal deadlock between the two outfits in 180 minutes of action, but the Mancunians still hold a point lead at the top of the Premier League. No time for emotion: Liverpool required a victory to stay in touch with City.

Manchester United ought to be fighting for trophies, but the club has never been further away from success. The identity of the best two teams in the land will dismay a fanbase whose powerlessness to affect the elite speaks to the disharmony plaguing the club. Meekly bowing out from Europe, their premature cup exits have not offset the routine disappointment of toilsome displays. Meandering to the tail end of their fixture list, their bid to end up in fourth place is a paltry source of consolation.

Sticking to his usual 4-3-3 formation, Jürgen Klopp keeps rotating pieces in and out of his automaton. Ibrahima Konaté dropped to the bench, making way for Joël Matip. Jordan Henderson also came back into the fold to lead the team, taking the place of Naby Keïta. The other nine men that the Liverpool manager fielded were the same to feature in the FA Cup: Diogo Jota began as a substitute once more to concede the three starting spots in the frontline to Luis Díaz, Sadio Mané, and Mohamed Salah.

On the contrary, the pragmatic pursuit of results at the business end of the season has prompted Ralf Rangnick to stray from his ideal vision. The classic 4-2-2-2 Red Bull system he deployed at the end of 2021 has given way to structures that were the norm under former manager Ole Gunnar Solskjær. But Rangnick was intent on using a destructive block for this fixture. Phil Jones and Aaron wan-Bissaka filled in to form a back five, while Nemanja Matić played with Paul Pogba in the middle of the park.

Red Devils condemn themselves to the inferno

If United’s objective was to hold firm and quieten the raucous Anfield crowd, their plan had fallen apart within five minutes. Already free from the access range of the back five, Mané drew out Harry Maguire, slipping a through ball into the path of Salah. His teammate then squared the play to Díaz, whose emphatic finish put Liverpool ahead. They were not in the mood to be merciful to the weak.

Echoing the 5-0 rout at Old Trafford, Pogba also departed the field prematurely. In the 10th minute, a calf injury had forced off the midfielder. Therefore, Jesse Lingard entered the fray on the right of the four in midfield, and Fernandes duly filled the hole in the double pivot. Was this contest already over?

That could be the last time we see Paul Pogba in a Manchester United shirt pic.twitter.com/RMFbsLWeV2

Liverpool were dominant in all phases of the contest. Hoarding more than 75% of the ball in the first half, they barely faced buildup sequences to exert a high press. In these moments, their 4-3-3 system shut down the play. Mané closed down passes to Jones as a pressing cue, gaining help from the pair of central midfielders to control the room inside their shape between the front two lines of defense. The wingers oriented themselves to Harry Maguire and Victor Lindelöf, stifling constructive progression from the back. Long balls to Marcus Rashford or Anthony Elanga sought to stress the typically high line and offside trap, but it was to no avail: their attack ended up producing 0 xG before the break.

15th minute: defensive sequence from Liverpool. Van Dijk covers Rashford, and Robertson steps up to maintain the offside trap with a high line, so Alisson can advance to steal the ball ahead of Lingard.

With the ball, they relied on their normal asymmetries. Thiago Alcantâra dropped deeper to dictate the play next to Fabinho. Opening halfspace pockets between the lines to the left gave space for Mané to roam, exchanging with Díaz if the winger loaded the right side. Trent Alexander-Arnold repeatedly rotated into the halfspace on the right, where Henderson’s outward runs freed Salah to come inward.

Liverpool made excellent use of the width, played suitably into and out of pockets to stretch play, and often tested the last line with deep runs. The second goal expertly summed up these aspects of their attack. An up-back-through sequence pried the way to Mané, whose reverse pass found Salah. 2-0. Clever use of the ball, a domineering display from Thiago, and pristine counterpressure choked the life out of United. The guests required an adjustment if they were to try and avoid humiliation.

Salah first and our second

“players at their absolute zenith” 🐐 pic.twitter.com/RYll5hjrVt

Rangnick returns to Plan A

In an attempt to change the flow of the game, Rangnick went back to Plan A at the start of the second half. He brought on Jadon Sancho in place of Jones, returning to a 4-2-3-1 formation. Sancho operated from the left flank, Elanga moved over to the opposite side to play as a right winger, and Lingard was now the attacking midfielder behind the lone central forward Rashford. The exit of Jones also set in motion a few positional alterations. Fullbacks Dalot and wan-Bissaka had traded places with each other, while Maguire had returned to the usual spot of his ‘wrong’ left side in the heart of the defense.

46th minute: pressing sequence from Manchester United. A pass to van Dijk triggers a dropping movement from Thiago. Elanga prepares to close down Robertson, Lingard picks up Thiago from his teammate, and Rashford blocks Fabinho. United’s zonal exchanges of covering duties force a lateral pass to Matip, cuing the press from Rashford and an eventual turnover high on their right flank.

Liverpool lost their rhythm in the quarter of an hour after the break. From their first buildup sequence, the higher press and coverage of Lingard prevented them from finding free men to turn between the lines. United’s threat in the final third was marginal, but Klopp’s men were yet to kill off the duel.

Alas, Liverpool culled off the little resistance the away team could muster just after the hour mark. Robertson jumped out from the last line ahead of Elanga to steal the ball, driving at speed to set off his team on the break. The left back found Díaz on his outside, teeing up a drilled delivery to the edge of the box. Mané peeled away from Maguire, placing a shot past David de Gea in the 68th minute. From here, better connectivity and timing of dropping movements put the home team back in charge.

Both of the managers turned to their bench. Díaz came off for Jota, and Thiago received a standing ovation as Keïta replaced him. Rangnick gave Hannibal Mejbri his first league minutes of the season, but the youthful prospect soon fell foul of the same stench plaguing the rest of the team. Failing to open up the pitch, Maguire clipped a loose ball to the substitute, who lost the ball to Robertson. Jota picked up the pieces, assisting Salah’s second goal of the night. United’s suffering was finally over.

🗣 "It's clear that there will be six, seven, eight, maybe ten new players."

This win was as simple as it seemed on paper for Liverpool, whose struggles against Rangnick’s adaptation were brief. Most telling of their authority was Thiago, a cut above on the night, whose excellence in the middle of the park has added another dimension to this side. Sitting back on top of the table, they have laid down the challenge to City to defeat a tricky Brighton outfit. In a mood to embarrass their historic rivals, Klopp’s men must now be relishing the weekend’s Merseyside derby.

Losing 9-0 over two league matches to your rivals is a painful reminder of the gulf between United and the modern elite of English football. The absences of Fred, Scott McTominay, and Raphaël Varane forced the hand of Rangnick, but no one can doubt a reboot is in order. For all the critiques of the German in the dugout, he is not blind to the poor planning endemic in the board room. Whether or not they finish fourth, the Mancunians’ route back to the summit appears more complicated than ever. 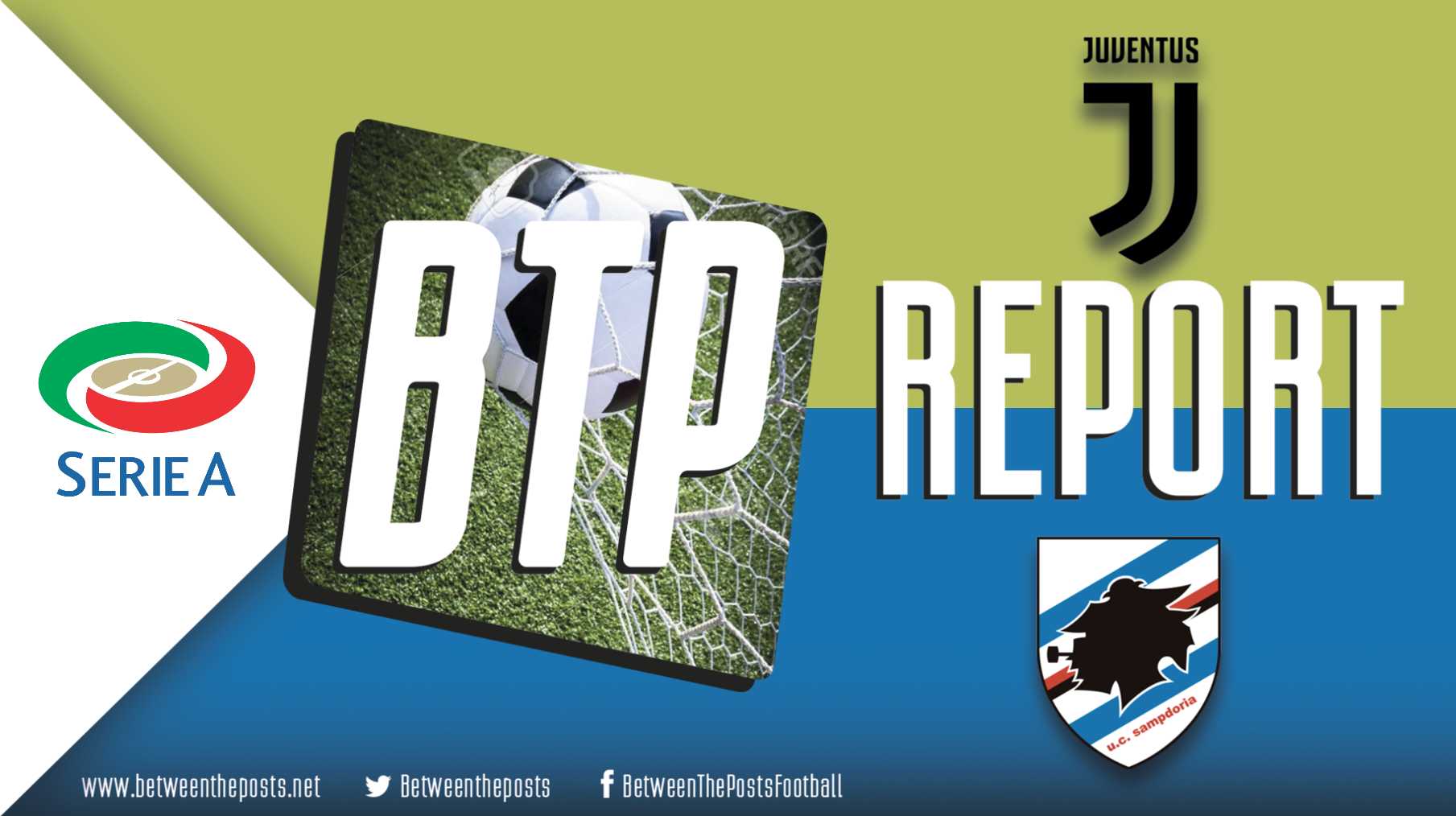