A late Roberto Firmino goal sends Liverpool to the top of group C with a 3-2 win in a game they dominated against a PSG side that is still far from their peak.

The thirteenth game between Jürgen Klopp and Thomas Tuchel – and the first clash in the Champions League’s history between German managers without German teams involved – was won by Klopp, beating Tuchel for the ninth time, including three times with very late winners.

The two teams got to this game without dropping a single point thus far this season, but with very different vibes surrounding them. Liverpool are on the back of a trophyless yet positive season, thanks in no small part to their impressive Champions League campaign. They moved very well during the transfer window – including finally signing a top-class goalkeeper in Alisson Becker, and strengthening the midfield depth with Leipzig phenom Naby Keïta and Monaco anchor Fabinho – and looked very solid in the first games of the season, threatening to be even better than last season.

Paris Saint-Germain are on the back of a treble-winning yet somewhat disappointing season, because of another round of 16 exit in the Champions League. They had an underwhelming transfer window by their lofty standard, and have looked unimpressive at times against inferior opposition in Ligue 1. Optimism surrounds Liverpool; PSG’s season will be judged by whether or not they deliver in the Champions League.

Liverpool, still without Adam Lallana and Dejan Lovren, both injured, started with Daniel Sturridge in Roberto Firmino’s position. The Brazilian started on the bench following his eye injury, a result of Jan Vertonghen taking the threat of Firmino’s “great vision” too literally. The only other change from the lineup that beat Tottenham was the inclusion of Jordan Henderson instead of Naby Keita. Henderson, Georginio Wijnaldum and James Milner formed a very dynamic midfield with constant changes of sides, all alternating between pressuring and covering depending on the situation.

For PSG, Marco Verratti and Gianluigi Buffon were suspended and Dani Alves and Layvin Kurzawa still injured. Marquinhos and Neymar, who were rested last Friday against Saint-Étienne, and Kylian Mbappé, who had been suspended, returned to the first XI. 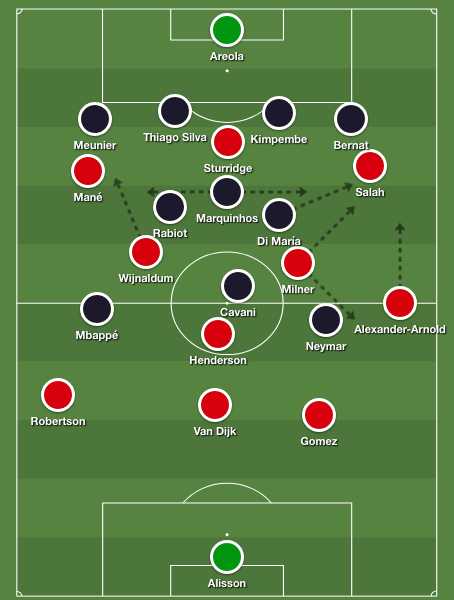 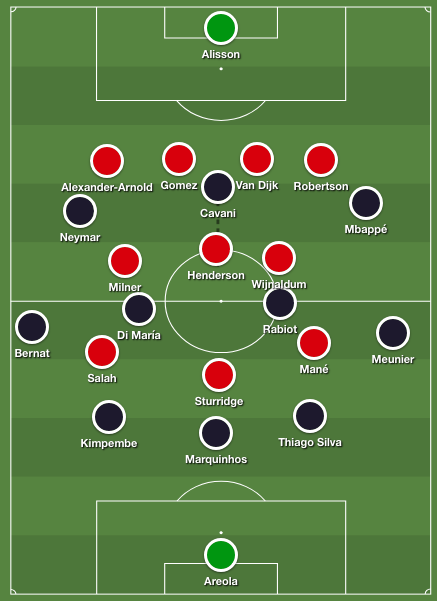 It was a game where terms were dictated by the home side. Although Tuchel is the one most known for tinkering with tactics, tonight Klopp was the one who tweaked his team perfectly for this game. The shape was the usual 4-3-3, but the dynamics were adapted to both contain PSG’s main threat in transition, Mbappé, and explore the away side’s weakness: their left side.

First, the full backs were given very different roles. In their build-up, Liverpool had Trent Alexander-Arnold go way up, while Andrew Robertson stayed back more than usual. It would be a midfielder, usually Milner, who’d drop back on the right if help was needed to play out of defense. Alexander-Arnold positioned himself further up as an outlet. Robertson, on the other hand, played a very defensive role all game, holding his position to be ready to deal with Mbappé’s super power-like skills in transition when possession was lost.

The right side, then, was the main focus of Liverpool’s attacks. Di María is not great defensively and Neymar barely defends at all, so PSG were always vulnerable there. At least one of Milner or Wijnaldum would drift to the right to create numerical superiority.

PSG started in a 4-3-3 with Neymar back to the left inside forward position and Di María as an interior midfielder. In the attacking phase, Marquinhos dropped back in between the center-backs to help in the build up and PSG looked for their front trio as quickly as possible, especially Neymar. The Brazilian then looked for central areas, but struggled to find space between the lines and mostly ran into congested areas due to brilliant work by Liverpool’s midfield trio.

Defensively, PSG played a containment style in a low block, trying to minimize the threat of balls sent behind the defense and hoping to hit Liverpool hard with fast transitions. According to some people before the game, with that fearsome trident up front, that’s how PSG would win the game. Those people probably did not see PSG struggle against the pressing of Nîmes. Those who did were less optimistic and wondered how PSG would do against a world class counterpressing side like Liverpool. As it turns out, not well. Not well at all.

Liverpool’s midfield impresses in first half
Liverpool started with a very high tempo and the first fifteen minutes were practically played in PSG’s half. Corners followed corners and from one of them Virgil Van Dijk forced Alphonse Areola to a difficult save. PSG’s attempts at countering, always through Neymar, were short-lived, with both Milner and Henderson earning ovations from the crowd for dispossessing the Brazilian in the first ten minutes.

It was not until the fifteenth minute that PSG had a decent spell of possession resulting in a chance. Meunier crossed from deep, and the ball was cleared towards the left of the away team’s attack. Liverpool’s defense was slow to re-organize and Di María found Neymar with space just outside the box. Alexander-Arnold arrived late, Neymar got past him with a nice touch and fired a vicious shot that his Seleção teammate Alisson could only block forwards and Edinson Cavani nearly got to the rebound.

In the following fifteen minutes, PSG enjoyed considerably more possession, but struggled to get the ball forwards. Rabiot in particular seemed to hide himself too much in the center of the pitch when the ball was with the center-backs or Marquinhos.

Liverpool, like PSG, understandably feared leaving too much space behind the defensive line and sat deeper than usual. It ended up being during this period that Liverpool reached the opener. Alexander-Arnold’s cross met nobody and was picked up by Robertson on the other side, the new Scotland national team captain delivered another cross and Sturridge, on his first Champions League start since 2012, headed it in nicely.

Five minutes later, things went from bad to worse for the Parisians as Juan Bernat needlessly gave away a penalty. With Wijnaldum completely outnumbered inside the box and running wide, the Spaniard came from behind him and tripped the Dutchman. Areola guessed the side, but James Milner’s penalty was hit too well to stop, 2-0.

PSG’s reaction was nervy, missing passes, and looked to be begging for half time. However, on the fortieth minute, a cross by Di María hit Robertson after Cavani could not connect an overhead kick and the ball fell for Meunier who finished with a brilliant volley. PSG were back in the game, somewhat unexpectedly. 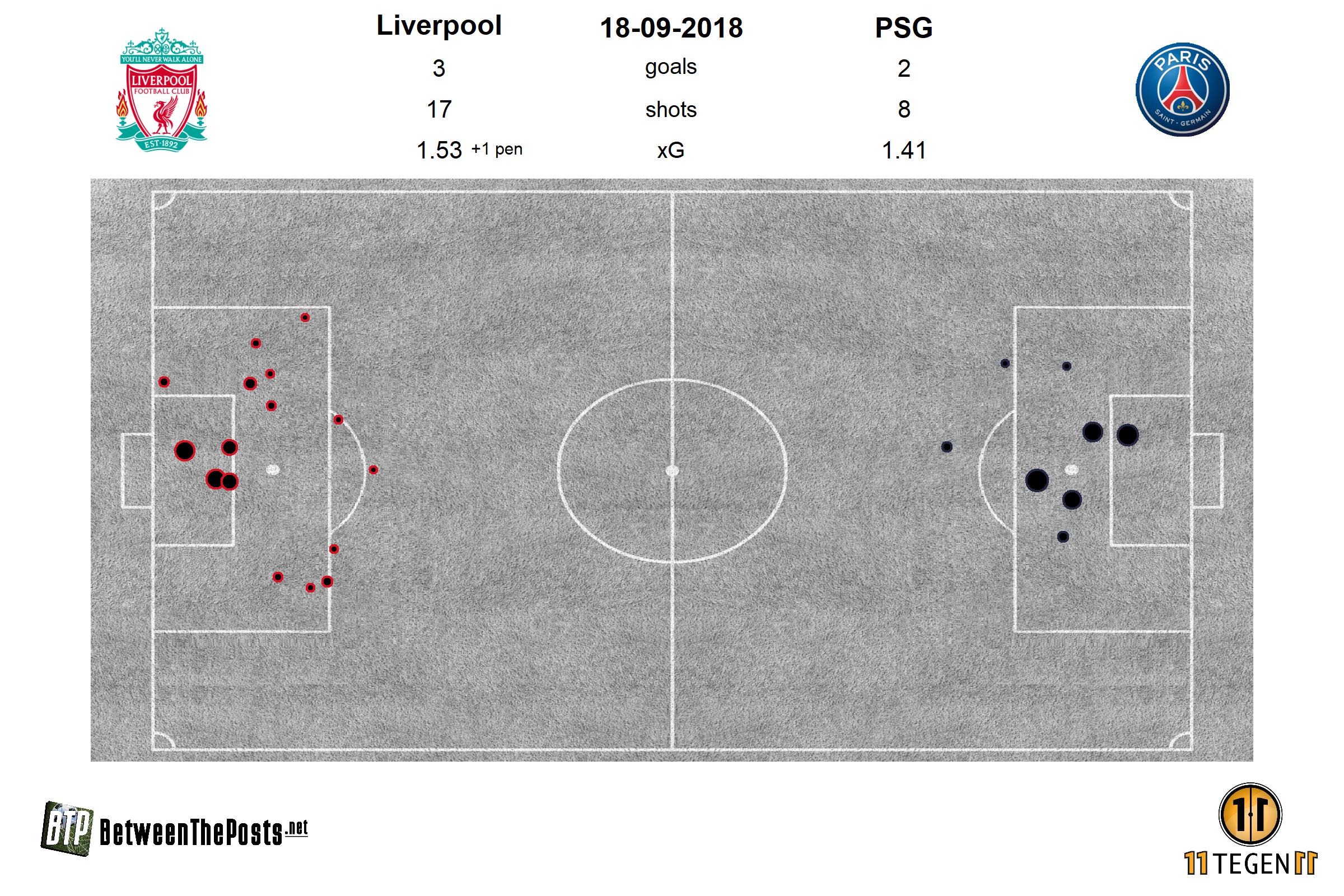 Liverpool dominates second half, but needs late-game magic from Firmino to seal win
The two teams returned for the second half without major changes and Liverpool managed to control the game with apparent ease for large periods. Even without the intensity seen in the beginning of the game, the ball spent most of its time in PSG’s half and Liverpool were the only team creating chances.

The first was on the 58th minute, when a deflected Wijnaldum shot from the edge of the box ended at Sadio Mané’s feet, but his poor control allowed Areola to get to the ball. Salah still put the ball in the net, but Sturridge had fouled the keeper.

The trend continued, with Liverpool creating small chances and PSG missing too many passes to be able to set up counterattacks. In the 71st minute, Klopp brought Firmino on for Sturridge, ‘Eye of the Tiger’ playing in his head, restoring the usual front trio with the Brazilian in the false 9 link-up role.

Nine minutes later, Tuchel introduced Julian Draxler and Maxim Choupo-Moting to the game, bringing off Di María and Cavani, and switched to a 4-2-3-1 with Draxler on the right, Choupo-Moting on the left, Mbappé as a striker and Neymar given a free role at the ‘10’ position. Shortly after, Salah, who had a disappointing performance throughout, missed a square pass in midfield, Draxler launched Neymar, the Brazilian carried the ball forward, fed Mbappé and the World Cup winner, possibly the worst performer of the night up to that point, made the equalizer in convincing fashion, 2-2.

The game had one more twist reserved for us, though. In the second minute of added time. Mbappé tried to dribble forward following a defensive corner, and was dispossessed by Milner. The ball eventually reached Firmino on the corner of the box. The Brazilian worked well in front of Marquinhos to find space and showed an eye for goal – okay, this was the last one out of the surprisingly deep segment of eye-related jokes – putting the ball inside the far bottom corner with a precise, clean strike, causing a collective roar of relief at Anfield.

Takeaways
In the end, it was a deserved win for Liverpool. Klopp’s tactics were on point, but all goals had more to do with mistakes than with tactical approaches. Still, this was another impressive performance by Liverpool, who have shown in this beginning of the season a solidity and tactical flexibility that perhaps was not there in previous seasons. Depth is there too, so they have everything to be serious contenders for any competition.

For Tuchel and PSG, it will definitely get easier when Marco Verratti returns, but there is plenty of work to be done if they are to be considered among the elite, and can compete for a tournament win in this year’s Champions League – which is, of course, the goal of the very expensive and ambitious Parisian football project. 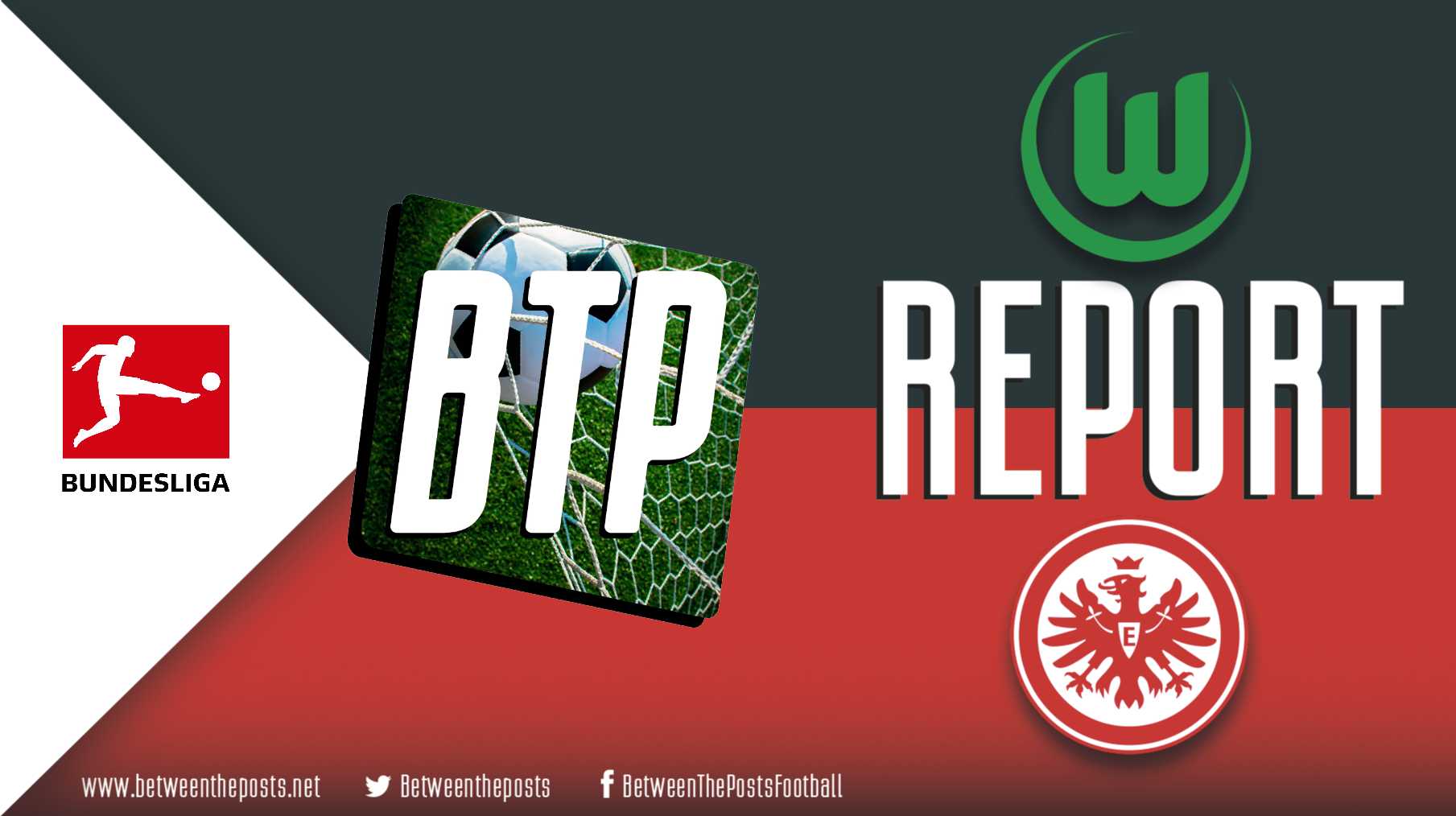