Manchester City put in a once-in-a-blue-moon performance, as they were defeated 2-1 at home by Olympique Lyon in their opening Champions League fixture of the season. City’s lackadaisical possession and Lyon’s quick transitions led to the Premier League side’s fourth defeat in a row in the Champions League.

City lined up in a classic 4-3-3 formation (as shown below). Up front, Gabriel Jesus replaced Sergio Agüero, who was on the bench after picking up a minor ankle injury in the weekend. Longer term absentees include Kevin De Bruyne, Danilo and Benjamin Mendy. Pep Guardiola was watching the game from the stands, because he was sent off during their second leg versus Liverpool in last year’s Champions League quarter final.

Meanwhile, Lyon set-up in a dynamic 4-4-1-1 system, with Nabil Fekir playing just in behind Memphis Depay. The French side made three changes from their slightly weakened team that played against Caen on Saturday, drawing 2-2. Pape Cheikh Diop replaced Lucas Tousart in central midfield. On the right wing, the more defensively solid Maxwell Cornet came in for Bertrand Traoré. Memphis took over striking duties from Celtic-signee Moussa Dembélé. 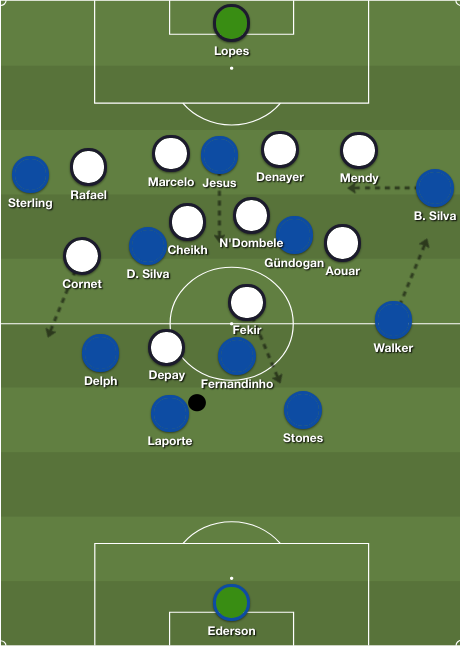 Both team’s positioning when City was building up. The ball is displayed at the feet of Aymeric Laporte.

Shoddy City
This was one of the worst Manchester City performances in the last year. Without trying to sound like a TV pundit, City were just really careless and sloppy on the ball. They made some very poor decisions, such as Aymeric Laporte’s pass to an under-pressure Fernandinho which lead to Nabil Fekir’s goal just before half-time.

City’s build-up was, particularly in the middle third of the field, rather slow-paced and aimless. Passes from the center-backs or Fernandinho into crowded central areas were often picked off by the extremely hard-working Lyon central midfield duo of Pape Diop and Tanguy Ndombele.

When playing out from keeper Ederson, City’s structure and technical quality allowed them to play around Lyon’s initial press well. However, they continually struggled to find an out-ball. Striker Gabriel Jesus was positioned far too deep towards midfield in the build-up, which meant City had no way of stretching the pitch, and nobody to run into behind to.

In possession, it is important to always look to play to the furthest forward or furthest away player. This causes the opposition to be stretched vertically and horizontally, therefore giving your midfield players and fullbacks more pockets of space to play in. City really struggled to stretch Lyon in this way.

As mentioned, Jesus was always looking for the ball to be played short, into his feet. City found Jesus’ feet well at times via left-back Fabian Delph, who would pick the ball up on the touchline and look to drive infield before punching it in to the Brazilian.

However, City did not have anyone running in behind and therefore could not look to trigger vertical movements with passes into Jesus that broke down Lyon’s last line of defense. This was mostly due to the choice of City’s two wingers. Raheem Sterling and Bernardo Silva were playing on opposite wings to their preferred foot. Which meant that they never had any interest of running behind and always looked to cut inside, in the direction of the ball in midfield.

Meanwhile, fullback Kyle Walker would make some well-timed over and under-lapping movements when the ball found Bernardo’s feet on the right side. Walker could have made these movements more often, and City may have had some success if it focused purely on building up on the left side before trying to isolate Bernardo Silva and Walker in a two versus one situation on the right.

Transition opportunities for City
Many of City’s erroneous passes often occured when there was an opportunity to transition into attack. Kyle Walker in particular looked to pass the ball back into the pressure area, rather than get the ball out into space or back to Ederson.

Although Lyon’s defensive shape was well-organised, they did not really look to counterpress City and instead were fairly passive when they lost possession of the ball.

Manchester City therefore looked most dangerous in transitions from defense to attack, or at least moments where they could attack at speed and run at a retreating Lyon defense. Manchester City could have been more positive from the off, playing forward quicker before Lyon had a chance to get into their very organised 4-4-1-1 defensive block.

City’s only goal of the night game came from such a moment, when Bernardo Silva bursted forward with the ball in the left central zone of the pitch, before laying off to Leroy Sané, who beat two players and set up Silva for a good finish.

Impact-sub Sané
The key substitution in the game for City came in the 54th minute, when Leroy Sané came on for Ilkay Gündogan. With Sané now on the left wing, Sterling was allowed to play on the right, helping City to stretch Lyon’s defense more. Bernardo Silva moved into the ‘ten’ position, which provided City with more creativity in attacking midfield. David Silva dropped deeper to be involved in the build-up more.

This set of positional changes did change the game and City was much more dominant in the second half, as you would expect. However, Sané’s starting position was still a bit too central, and did not provide City the chance for an attacking midfielder to make a blindside run through the channel into the ‘cutback zone’. David Silva tried this in the first half, but with left winger Sterling being right-footed, this meant the logistics of the first time bounce pass into the cutback zone from the flank was tricky. Ironically, City’s assist for the goal came from Sané in the ‘cutback zone’. 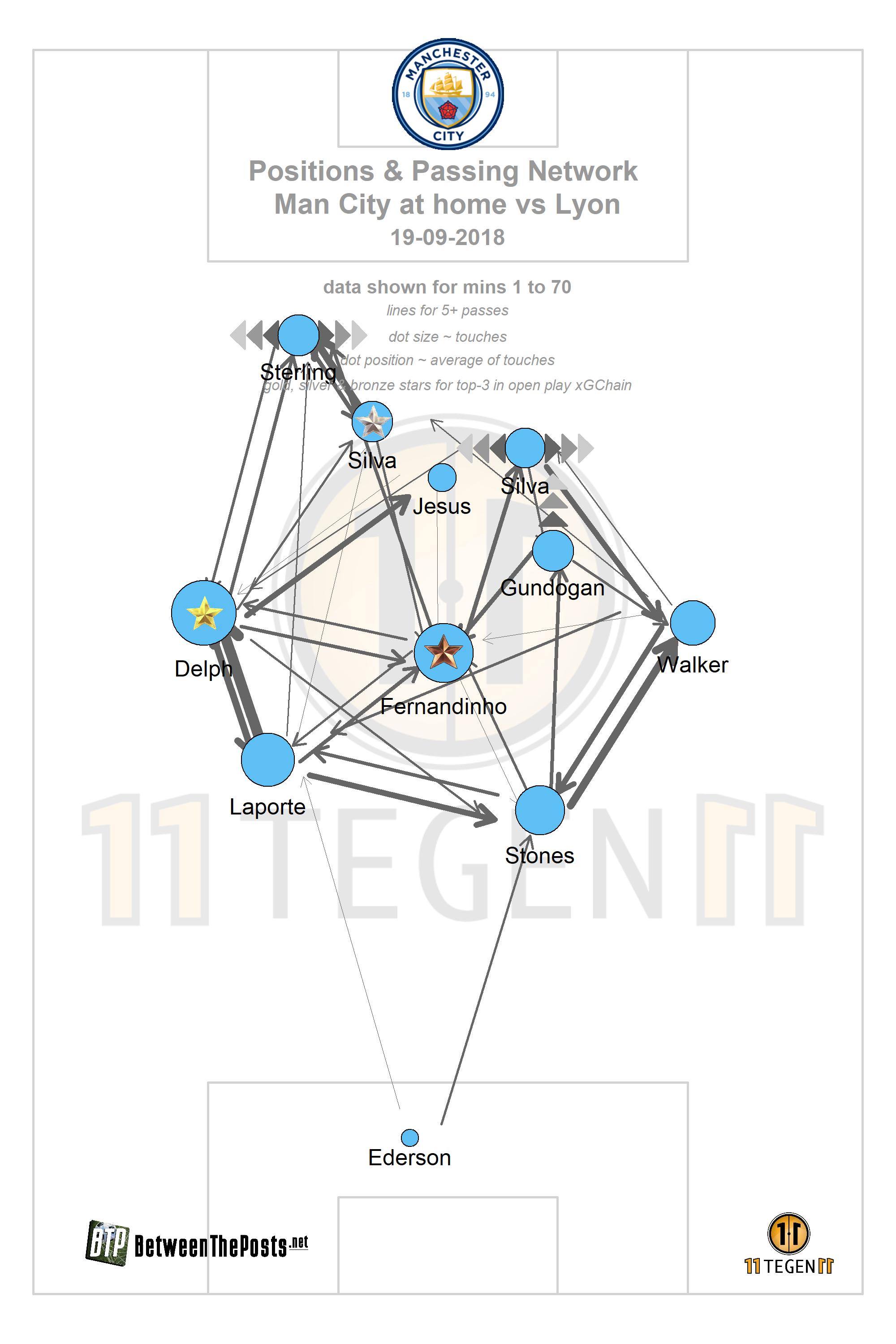 Lyon pressed City’s build-up from the back very well. Depay would move to cut the pitch in half, often backwards-pressing Stones or Laporte to prevent them playing back to the goalkeeper. The French visitors reacted well when there was a pressing trigger, and tracked City’s dropping midfielders and forwards very tightly to prevent them from being able to turn into space. City is very well-drilled when playing out, so Lyon did not manage to create any chances from the sort of schoolboy errors when playing out we would see in Guardiola’s first season at City.

Despite this, Lyon won the ball in the middle third very well, and this certainly is an important part of the aforementioned blueprint. Manchester City are extremely well organised in defensive transition when losing the ball on the edge of the opposition penalty area. The fullbacks tuck in, and counterpress along with Fernandinho very well. This is where many teams have gone wrong against Man City, dropping to the edge of their own box and letting City have attack after attack. If you manage to win the ball in the middle third however, it is a very different story.

Lyon had a very specific plan for winning the ball back in this area. They pressed in a 4-2-2-2 shape with the central midfielders tracking Silva and Gündogan almost man-for-man, while the wide men and forwards were positioned more zonally. They were horizontally compact however and tried to force passes into Fernandinho before collapsing on the Brazilian midfielder.

When they won the ball, Memphis Depay, Nabil Fekir and Maxwel Cornet were quick to react. Memphis and Cornet in particular would look to make diagonal runs in behind Stones and Laporte, and Fekir would try to slide them through. Fekir’s good dribbling ability, brilliant weight of passes and strong finishing means he is a perfect fit for the ‘ten’ role in this Lyon system. 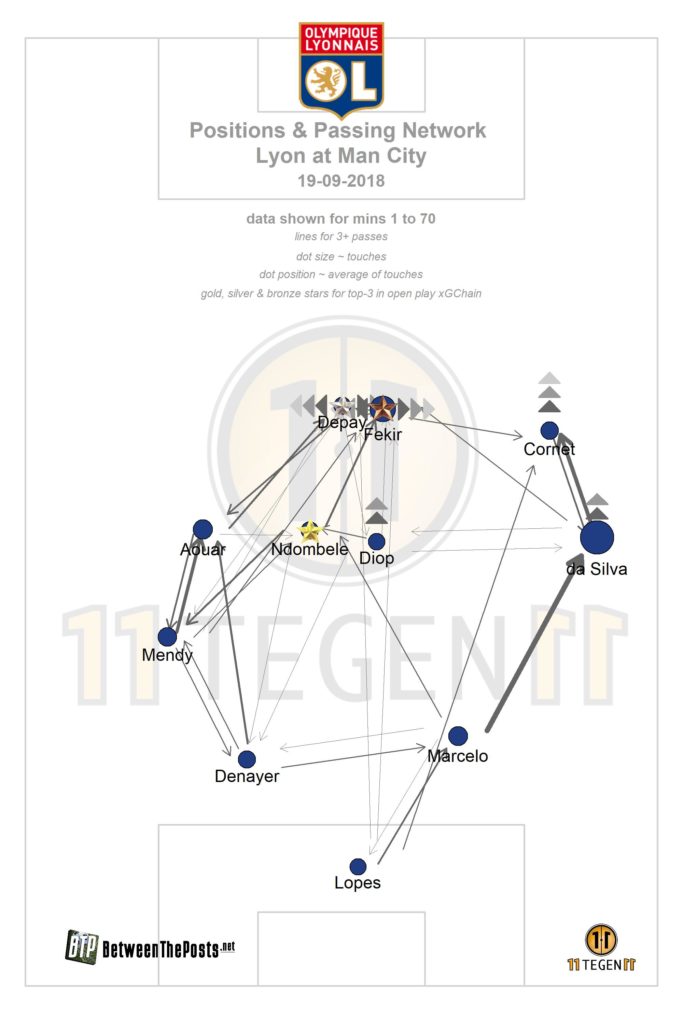 In their own half, Lyon defended in a very horizontal compact 4-5-1 shape with almost no space in between the lines. Midfielders would drop into the backline if a defender was pulled out while tracking a City forward tightly. Although they were not completely impenetrable, restricting Manchester City at the Etihad Stadium to an Expected Goal total of less than 1.5 is a job very well done by the French side.

Takeaways
Manchester City looked sloppy on the ball, and one-dimensional in attack. In contrast to the other games City played this season, their lacklustre performance was very similar to how they played at times in the 2016/17 season, Guardiola’s first in charge. They badly missed Agüero in the first half, a player who always looks to run in behind and stretch the opposition.

Olympique Lyon have the makeup of a giant-killing team. Solid in defence, and strong on the counter-attack. It remains to be seen how they will adapt their game plan versus Shakhtar Donetsk and TSG 1899 Hoffenheim. However, this Champions League group is certainly shaping up to be one of the most intriguing this autumn.

Passmaps, Expected Goal plot and pitch plot can be found in the slider below. 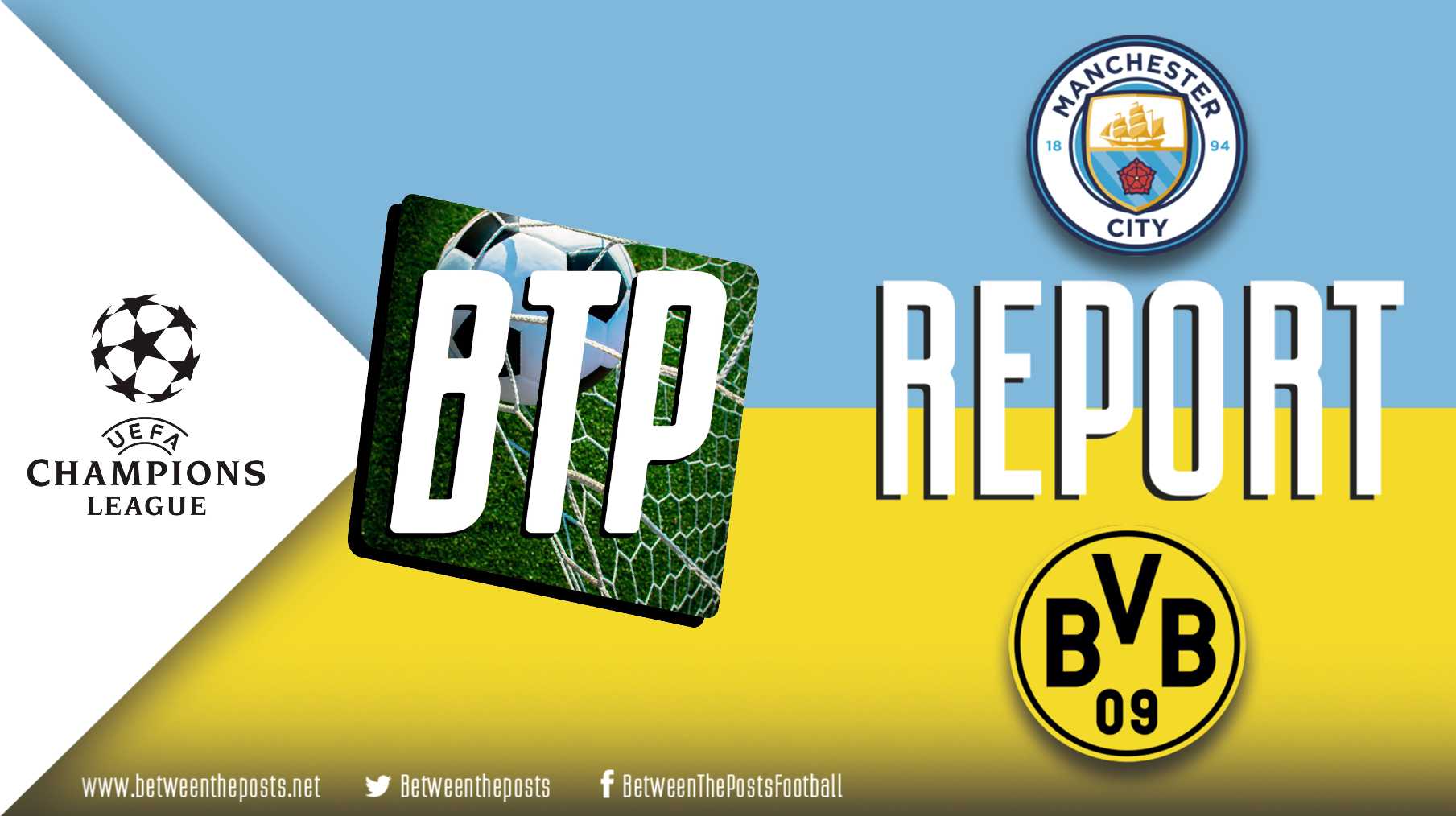 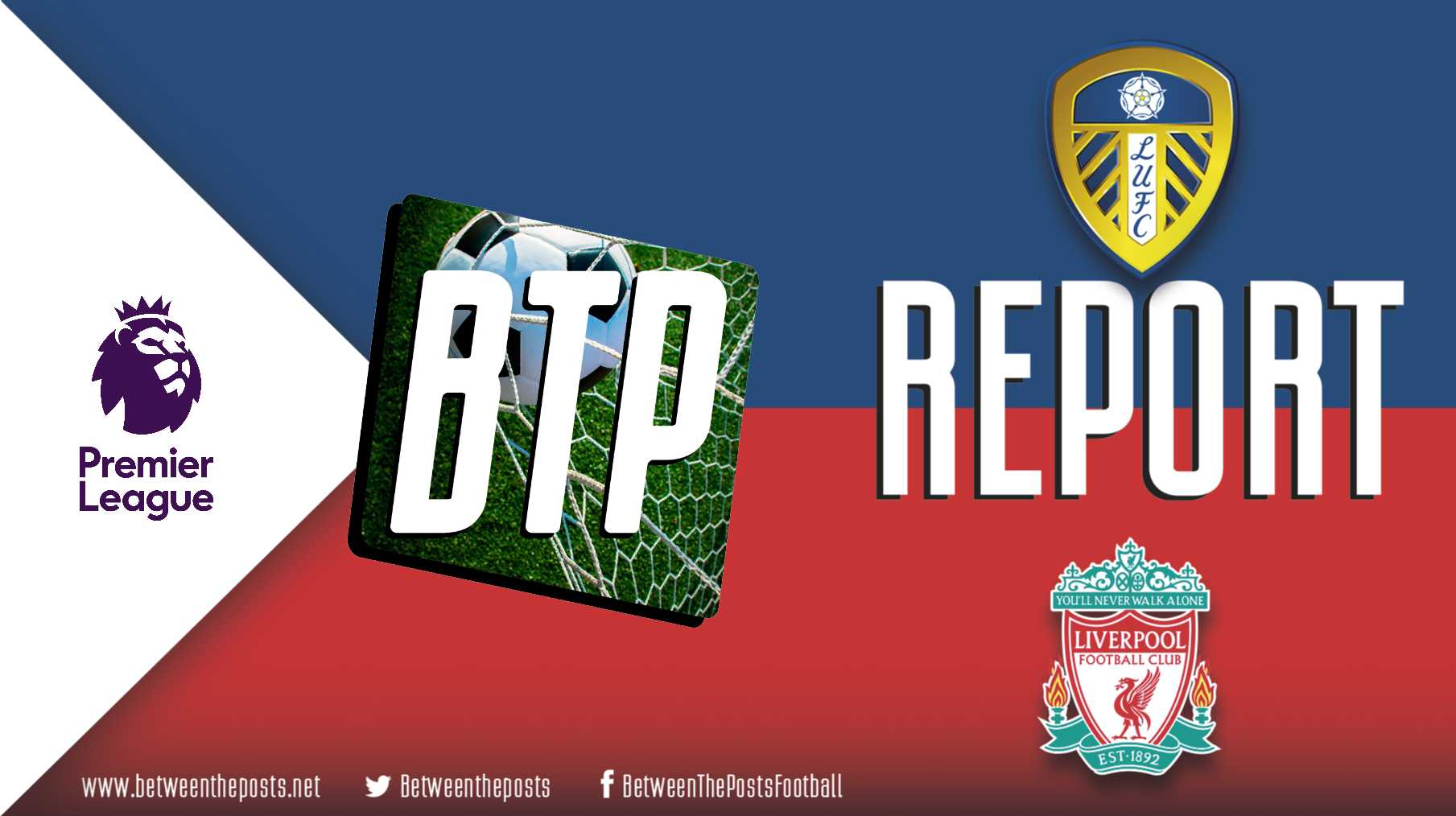