Bring your blueprint but fail to tackle old issues can see very little development. This is the risk Erik ten Hag faces and couldn’t be highlighted better by a brutal Brighton display. The work of an ex-United striker ran the center-backs ragged, whilst a familiar face provided the finishing blows.

A 4-0 bashing on the south coast was an indication of just how deep Manchester United had plunged into the rabbit hole.

Erik ten Hag has been chosen to install his interchangeable style, rather than see your favourite Ajax associates come to die. Tyrell Malacia, Christian Eriksen and Lisandro Martínez can drastically improve the passing style, but gaping holes in the midfield and right-back could kneecap the progression. Add a coax of player and backstage politics, United are always a few games away from a storm.

Brighton and Hove Albion are commonly referred to as the Premier League’s model club. A recruitment plan is closely stitched to the coach’s style, but Graham Potter has to deal with two major departures in one summer. Yves Bissouma and Marc Cucurella leave with a huge spot to fill. Levi Colwill comes on loan, a player accustomed to playing as a left center-back, but how Brighton improvises will be a defying test.

Debuts were given to Martínez and Eriksen, but questions arose about who would fill the central attacking spot as Cristiano Ronaldo was left on the bench. Marcus Rashford, Jadon Sancho and Bruno Fernandes completed the attack.

Potter’s side was aligned in a 3-4-3 diamond shape, but their formation varied as the game went on. Leandro Trossard started at the left wing-back position, whilst Alexis Mac Allister sat next to Moisés Caicedo and Pascal Groß.

United enjoyed 80% of the ball possession within the first ten minutes, an ideal platform for the passing plans to be laid out. This saw limited fixation from the full-backs from deep, as well as the forwards further ahead. Wide pinning from Rashford and Sancho aimed to stretch the last line, with underlapping or third man runs in the halfspace to give access to the box. From deep, this United structure appeared to be lined up in a narrow 4-3-3 formation, with Fred as the single pivot and receiving close to the center-backs.

The sixth minute produced the best constructive chance that United offered against the visitors’ press. Brighton gave United individuals problems, but space was afforded for the wingers on a few occasions. Rashford switched to Diogo Dalot and Sancho found Scott McTominay in a lot of space with the center-backs pulled. Fernandes received just inside the box but sent his shot well above the crossbar.

Brighton tilted their pressing shape to accommodate this and made sure that they could meet the fullbacks quickly on the press. Adam Lallana and Danny Welbeck remained central, Trossard and Solly March moved up high on the fullbacks, whilst Pascal Groß occupied Fred. Although these positions did differ between phases, their 3-2-3-2 shape off the ball remained and this disrupted the hosts’ buildup unless a switch or long ball connected. 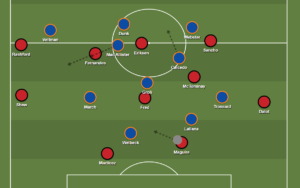 12th minute: Example of adjustments made by Brighton center-midfielders. As Maguire switched to Luke Shaw, Brighton’s 3-2-3-2 shape moved as Mac Allister moved wide to congest the wide channel, whilst Caicedo dropped into the last line to enable Adam Webster to occupy Sancho. The phase ended with Mac Allister taking the ball off Rashford.

Nonetheless, it was clear that United was going to stumble into problems early on. Eriksen dropped out of the nine position, towards Fred’s space, whilst buildup plans had no idea how to fit McTominay into the fold. Although Brighton wing-backs sat high, their structure didn’t become unbalanced due to Mac Allister and Caicedo remaining very close to the center-backs. As the hosts attempted to switch the ball, the wide center-back could meet the winger, whilst the center-midfielder could patrol the inside option or even move into the last line – which was more prominent with Caicedo.

After missing out on a few transitional moments, Brighton started to get more of the ball and their shot productivity was much more effective. Robert Sánchez’s long balls encouraged runs off Danny Welbeck, but this was far from a classic target man performance.

Welbeck caused chaos with his runs on the shoulders of the center-backs, something neither Harry Maguire nor Martínez was able to stomp out. Add a midfield which is highly reactive towards the ball and space would open for Lallana and Groß. Welbeck was able to get on the end of a Groß pass, who ran into the space behind Martínez, but was unable to keep his balance beyond the first touch.

Much of Brighton’s success can also be accredited to the visitors retaining the ball in the attack’s second phase. Lallana supported Welbeck on the transition, whilst Trossard was supported by Caicedo if the attack had slowed down. This enabled the Belgian to aim a pass back at Welbeck or feed the underlapping midfielder. 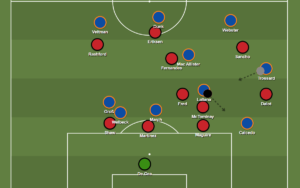 19th minute: Welbeck headed chance on the second phase (Grey ball, first pass: black ball, second pass.) As a heavy pass sent Trossard towards the touchline, Caicedo supported with a vertical run behind the pressing Dalot, as neither McTominay nor Fred followed his run and chose Lallana to press. His wall pass put the midfielder in space to cross, but Welbeck couldn’t find a strong enough connection.

United struggled to deal with Brighton’s counterattacks, as the team slid back into age-old problems. Looseness in possession leads to the midfield not being supported, whether it is Fred or McTominay in the central spot, both men can leave each other isolated. Neither center-back could be properly supported and David De Gea’s tendency to stay rooted to his line would prove costly.

Brighton bagged just on the half-hour mark, through a quick transition from the center. Caicedo fed Trossard, who patiently waited for Welbeck’s run between the center-backs. This left Shaw with a two-versus-one at the back post and as the ball ran through, Groß was left free for an easy finish from close range.

The second counterattack was developed from a much deeper setting, with Dalot failing to stop Trossard from playing out and leaving Caicedo free to turn and drive the ball away from McTominay. Fred attempted to press the player down the right channel, which left so much central space for Brighton to execute once again. As the ball was fed from left to right, March’s drive towards goal was parried from the keeper, but straight into the path of Groß, who appeared on the other side.

Defensive transitions still haunting #MUFC as I’ve previously mentioned – it was still an issue during pre-season.

Fred jumps to press ball carrier with no cover behind him. Centre is left open and there’s a multitude of options for the opponents. Principles 101. pic.twitter.com/R34o9tj5Ar

Initially, the second half started in a very similar fashion. United remained unremarkable and unbalanced, whilst Brighton held the offensive weaponry. Whilst United changed to force chances, Brighton switched shape to suppress it and the axis on the game was altered as a result.

Ronaldo was brought on, but not for the player you would anticipate. Fred was taken off, which led to Eriksen move from the false nine spot into a defensive midfielder, with Ronaldo performing much more differently. At a similar time, Potter moved March off the right to slot in at left-back, as they appeared more in a 4-2-3-1/4-3-3 system, with Joël Veltman at right-back and Trossard still high on the left.

The Brighton shape was staggered, as Groß was closer to the double pivot, whilst Trossard was on the same line as Lallana and Welbeck. This change saw more wide interaction come from the midfielders off the ball. When United switched this stopped the risk of a wide center-back from being dragged out of position and allowed them to remain more compact on crosses with a lead intact. 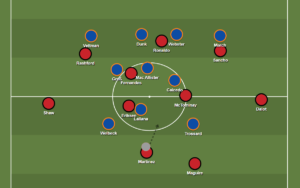 58th minute: Brighton’s scattered 4-3-3 shape required the last line to stay closer to one another. In this play, the ball funnelled out towards Dalot, but Trossard tracked back to stop the overload and enabled March to stick on Sancho. The visitors won the ball back through a loose infield pass.

Potter’s team were able to cool down attacks through their organization and connect through their passing play, which did not change. However, United was able to test their metal just after the hour mark, thanks to finding Rashford in space. The first goal in the Ten Hag era couldn’t have been scored in greater fashion, a scrappy, messy corner, put in the net by an opposition player. As the ball bounced off Dalot, an attempted recovery from the goalkeeper saw Mac Allister get the unfortunate last touch.

In an attempt to get more inside movement, McTominay was replaced by Donny Van de Beek but United failed to threaten much after the goal. Brighton moved back into the shape they started with, as Tariq Lamptey came on to sit in the right wing-back slot and Enock Mwepu was moved onto the left side of the front three. With less urge to press, fewer openings were made for United as they continuously moved the ball towards the left, with no solution.

A bad start for Ten Hag, as a convoluted plan failed to hide problems which have clamped onto this United team. A set-up so flexible, it forgot to include a midfield, especially when the ball was lost. Ten Hag needs to address such issues, but even the potential inclusion of Frenkie De Jong wouldn’t entirely solve all of their central concerns.

Brighton adds another impressive scalp away from home. Potter’s team have travelled to Arsenal, Tottenham and Man United, beating all three of them in 2022. They finished the season strong, now a healthy fixture list could see them start the new campaign in a similar fashion. 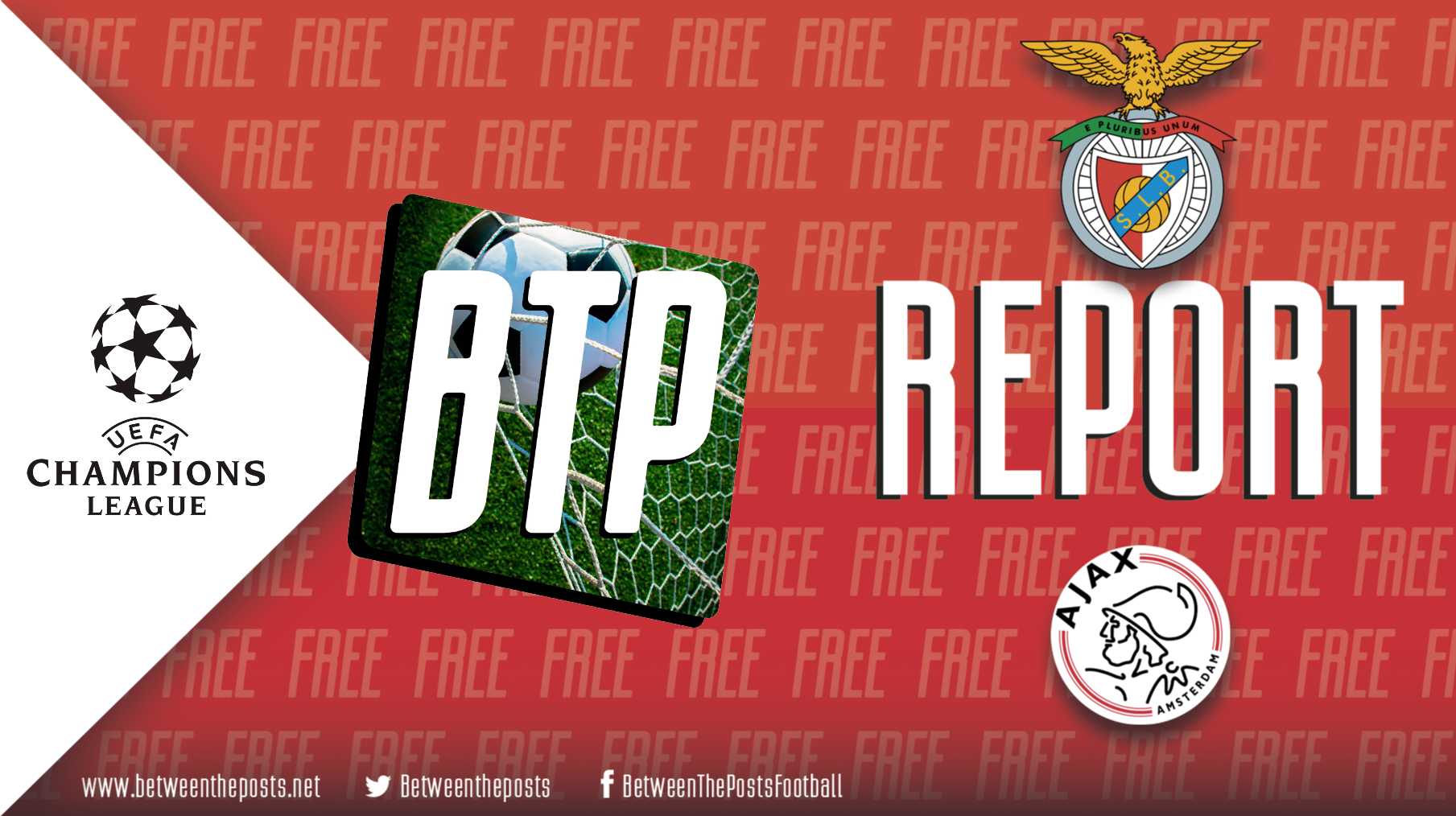 Benfica – Ajax: Eagles Ascend From Adversity To Keep The Contest In The Balance (2-2) 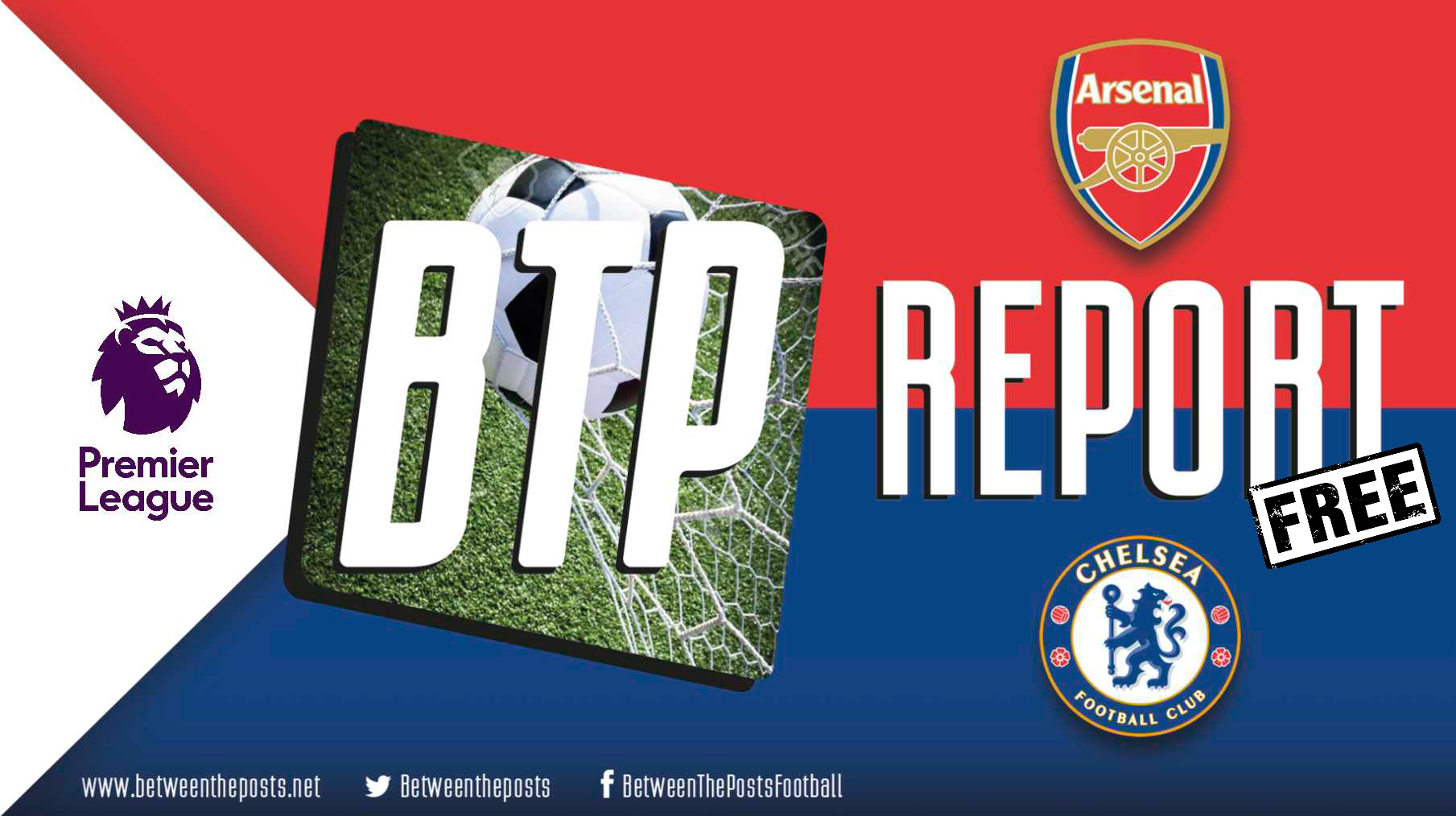