A repeat of the 2018 final did not disappoint. Chelsea’s versatile 3-4-3 system gave Frank Lampard’s team superiority down the channels, both on and off the ball. Manchester United did not get a sniff, as Chelsea confirmed their place in this year’s FA Cup final.
Tactical analysis and match report by Joel Parker.

Though these two teams were not scheduled to meet since the restart, tensions have grown among Manchester United and Chelsea in the race for the Champions League spots. Victory in this semi-final would provide a bitter sweet taste over their opponents. An FA Cup final against Arsenal would await, and present an opportunity for two promising managers to make their first addition to their club’s illustrious trophy cabinets.

Ole Gunnar Solskjær is undoubtedly a post-lockdown winner, extending a nineteen-match unbeaten run that had been building before football’s standstill. Though criticized for his lack of tactical acumen, earlier on in the season he has proved that less can produce more out of younger players, setting them free rather than pinning them down to strict tactical instructions. The addition of Bruno Fernandes has sparked a ruthless United attack, with the Portugese playmaker given license to roam where he wants, while a trio of Marcus Rashford, Mason Greenwood and Anthony Martial all provide goal scoring ability.

Manchester United’s Champions League hopes have been boosted by Chelsea’ incapability of securing their position. Though Frank Lampard has provided fresh dynamism to their attack, a lack of structure in defensive phases has been exploited in recent fixtures. Their 4-3-3 system has the personnel to constantly adjust and rotate, but compact defenses have had . . . 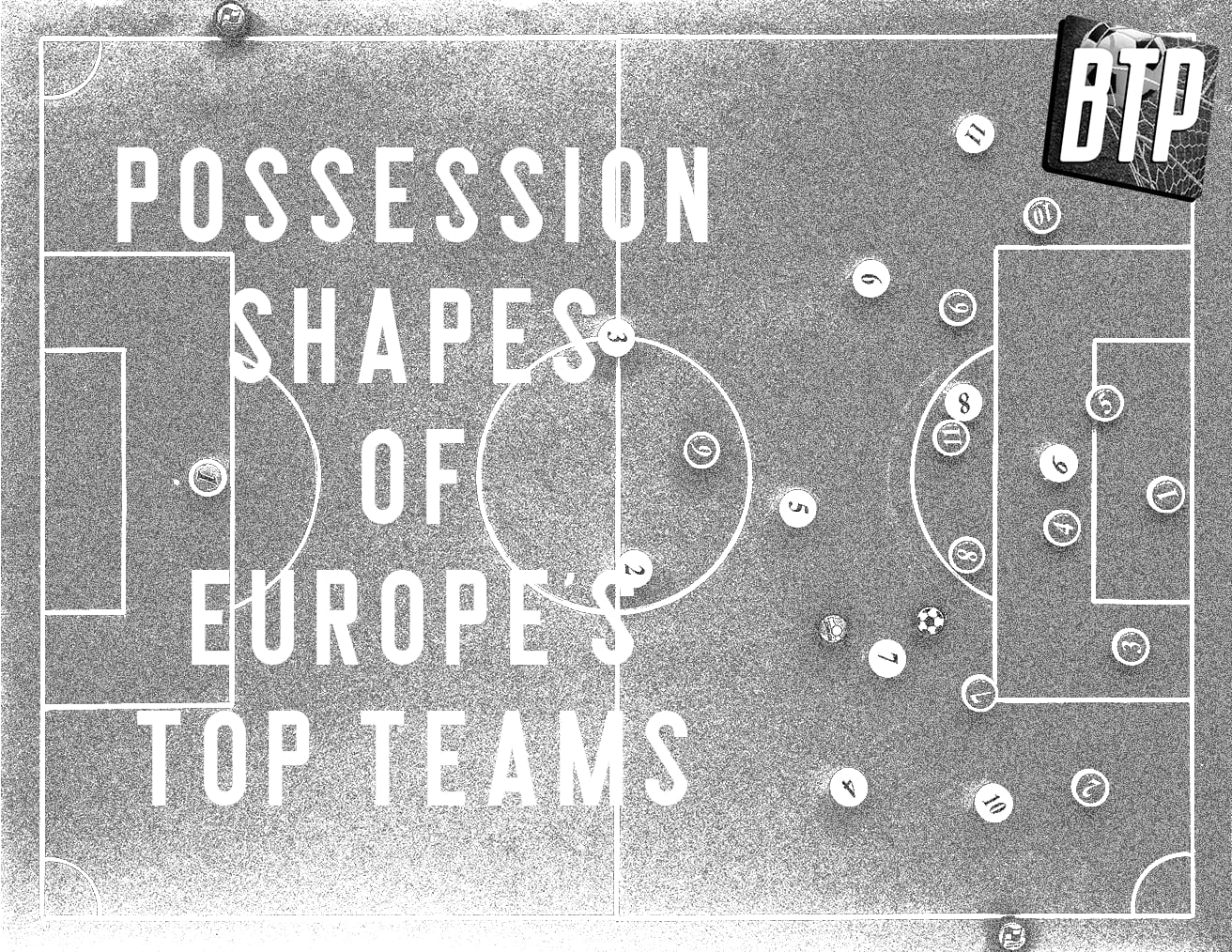 What Possession Shapes Do Europe’s Top Teams Use?