Questionable officiating has hogged most of the headlines from this clash, but this derby was a taut duel worthy of the occasion. City forged forward paths, but Erik ten Hag has a statement victory to his name that raises hopes of what his outfit can achieve over the rest of the season.

Manchester City have scored the most goals of all 20 clubs in the Premier League, the top scorer in the division, and only suffered two losses within their first 17 games. Yet, this season threatens to fall short of their impeccably high standard. Pep Guardiola’s men have dropped eight points in as many league fixtures, losing their grip on the summit to Arsenal. The unthinkable act of peering over their shoulder in fear of the best of the rest may take preeminence if their local rivals continue to progress.

The humbling of a 6-3 rout at the Etihad Stadium proved to be a baptism of fire for Erik ten Hag, but the manager has arisen with renewed strength. Since that loss, Casemiro has primarily been the man to sit at the heart of a Manchester United outfit that has kept climbing the table. Old Trafford, where they have not conceded a goal in the league for nearly 500 minutes, is slowly morphing back into a mythic fortress. Retribution on home soil would consolidate their bid for a position in the top four.

Ten Hag rotated the spine of his outfit. Luke Shaw, an able deputy as a central defender, held onto his spot next to Raphaël Varane in place of Lisandro Martínez. Fred also joined forces with compatriot Casemiro in the double pivot. This switch forced Christian Eriksen into the number ten role, Bruno Fernandes onto the right flank, and Antony onto the bench. Diogo Dalot was still not back in the squad, so Aaron wan-Bissaka filled in as the right back, but Anthony Martial was fit to feature.

Guardiola’s plan picked out a similar starting eleven to the one that defeated Chelsea 1-0 in their last league game. The match-winner in that clash, Riyad Mahrez, sought to continue his typical assault on the second half of a season for City from the right wing. Phil Foden was on the left wing, looking to feed Erling Haaland. Bernardo Silva, Rodri, and Kevin de Bruyne were the trident in the middle of the park, while Kyle Walker, Nathan Aké, Manuel Akanji, and João Cancelo held down the rearguard.

A central problem for United in the reverse fixture was the ease with which City could progress the ball into the final third. Rashford, as a striker in the game, seldom had access to the central defenders, and issues cascaded. Ten Hag’s men could not afford to let their rivals find spare men so comfortably.

10th minute: pressing sequence from Manchester United. Martial and Eriksen shadow Rodri, prompting Aké to dribble. Eriksen closes him down and the central defender hurriedly passes to Bernardo. The midfielder tries to switch sides, but Rashford is free to cover the ballfar central defender, Akanji, as usual in United’s pressing scheme, intercepting to initiate a transition.

The hosts rose to the occasion. Rodri was under the cover of Eriksen and Martial in the middle of the park. Both figures also more actively cut off dribbling paths for the central defenders while the wingers worked to either side of the pair worked back intensely to secure the block if third man sequences feed the ball into the path of the fullbacks. Along with the tracking of Haaland’s dropping movements and man marking from the double pivot, United’s forwards could prepare traps, rob Aké and Akanji of free men, and muddy the game. The guests were in for a thornier fight than in October.

The roulette of ideas from City was in motion. Haaland again dropped off to manipulate United’s defense, but Varane tracked him closely. Behind him, Bernardo and de Bruyne tried to break free from the Brazilian duo. Both roamed across the pitch, but the pair did so with different movement patterns. In his attempts to shake off, De Bruyne made his mark off the ball, while Bernardo’s fleet footed actions with the ball and fluidity render him a tool to progress in the middle third of the pitch.

23rd minute: offensive transition from Manchester City. Bernardo’s ball carrying had allowed Walker to advance from the right flank, triggering a classic rotation. He is free to drive inward diagonally without pressure, so Mahrez rotates out to the right flank. Haaland drops to provide a vertical option to link, and this cue triggers de Bruyne’s run off the back of Fred, pinning Luke Shaw more centrally.

Nonetheless, City’s output was meager. Once they began to break the lines and reach the final third, lengthy pressure was rare. Nor did they always manage to set themselves up aptly for the transition. Here, the hosts thrived. Fernandes’ raking passes, the hold-up play of Martial, and the dynamism of Rashford nearly opened the scoring. The left winger rounded Ederson before knocking a strike into Akanji and spurned a one-on-one before half time. So, stalemate reigned by the midway mark.

Other matters upset ten Hag’s plans ahead of the second half. Rashford soldiered on with a knock, but Martial’s afternoon was over. Antony took his place as the central forward. But the hosts had lost their defensive rhythm and a platform to set offensive transitions, allowing City to grow their stranglehold over the duel. As one would imagine, Pep contributed to this dynamic with modifications of his own.

58th minute: offensive sequence from Manchester City indicating their central superiorities. Walker inverts to the halfspace, sitting on the inside shoulder of Rashford. He opens up a third man passing combination into the path of Rodri, forcing Antony to rotate deeper to cover. Bernardo can then drop to receive directly from Akanji on the ballfar side before Cancelo advances to dribble as a free man.

Walker, who had broken free in the blindside of Rashford a few times before the break, began moving more permanently into central pockets. To his inside, Rodri had gained more freedom to break away from Eriksen, and ahead of him, de Bruyne was more decisive. On the cusp of the hour mark, his underlapping run in the halfspace left the Belgian free to pick out Jack Grealish at the far post. The substitute headed past de Gea, but the fullback’s different role was central to the hosts’ dominance.

Less than twenty minutes were on the clock for the energy of Álejandro Garnacho to try and break City’s control. He came on as a left winger, Rashford was the striker, and Fernandes moved into his usual central role. The pair soon ripped apart the visitors’ defense— in a highly contentious manner.

Casemiro threaded a pass behind City’s defense, but Rashford had drifted into an offside position. However, he had not touched the ball, leaving it for his teammate to latch onto and hit the back of the net. Complaints from blue shirts fell on deaf ears; within minutes, the complexion of the contest had flipped on its head. Fernandes broke open the field once more, feeding Garnacho to his left. On the second attempt, he drilled a low cross into the six yard box, where Rashford struck beyond Ederson.

Hear it from Pep

"Marcus Rashford is offside, Bruno Fernandes is not. Rashford distracted our keeper and centre defenders. I know where we play."
pic.twitter.com/ZxX4QMoY5p

Ten Hag no longer needed to force the issue. In injury time, three extra substitutes set out to secure the result. Harry Maguire and Martínez entered the fray. The pair operated with Varane, Shaw, and wan-Bissaka in a back five while Scott McTominay and Fred shielded them. City could not penetrate this low 5-4-1 block. The Old Trafford faithful gleefully accepted the three points at the final whistle.

While the role of a dubious call in Manchester United’s was plain, so was the stark contrast to their showing in the 6-3 defeat. Critics may crudely cite transitions and a stable defense as a blueprint for success in recent derbies under other managers. However, that appraisal would obscure the strides the squad is taking under ten Hag. The following four months are setting up to be exciting for the club.

The anguish is familiar to Manchester City, where good was not good enough. The loss of a lead for the second time in a few weeks from a comfortable position might have dumped them eight points behind the top spot by the end of the weekend. Indeed, their second half performance had patched up faults from the first, but their top form is elusive. Pep will be looking for a favor in the North London derby, but he will demand Spurs do not deliver a killer blow to their title ambitions next time out. 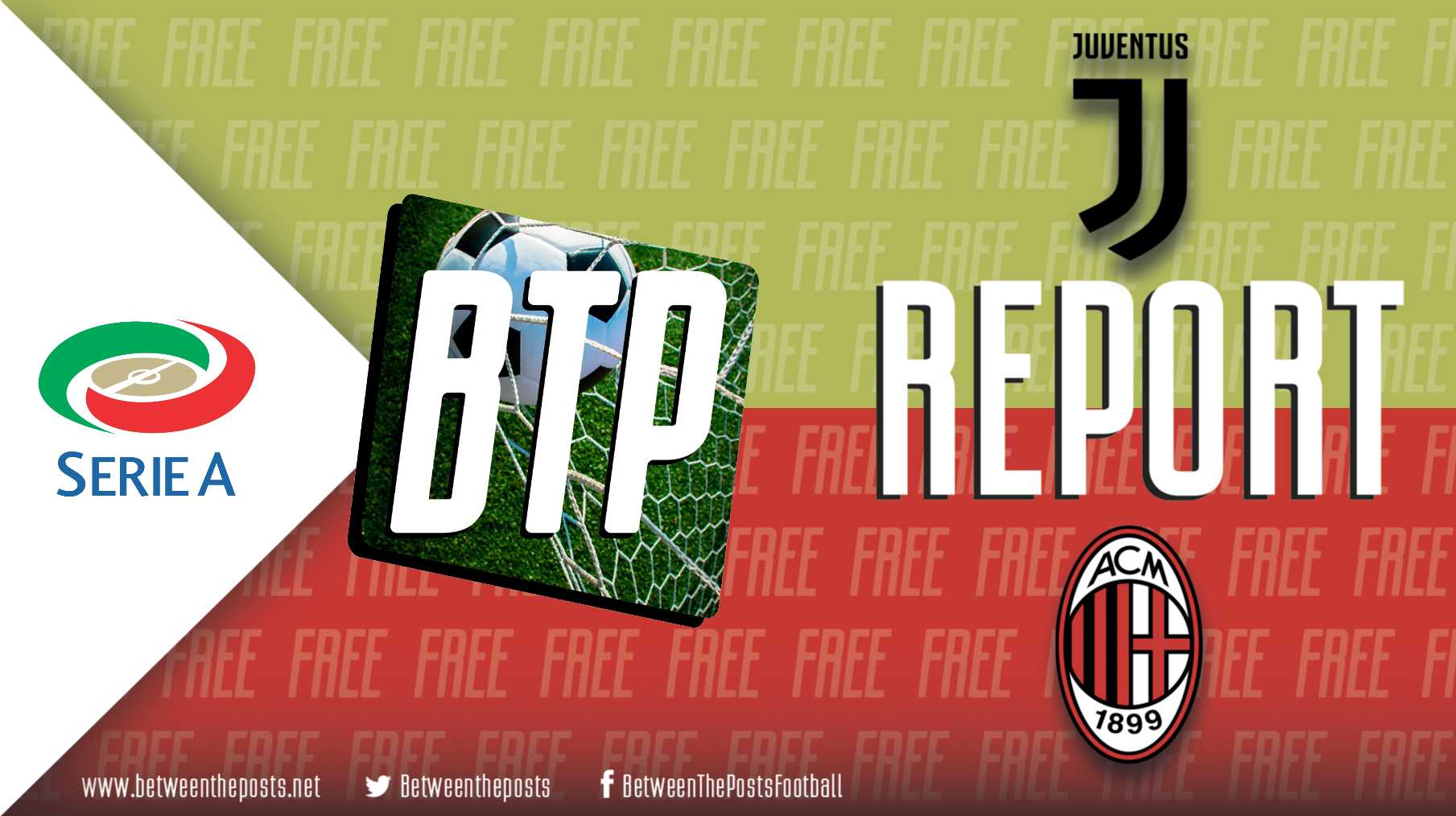