In the most entertaining game of EURO 2020 so far, the Netherlands’ tactical approach led to endless transitions, lots of individual players making their mark and five goals in one half. When the dust had settled in, The Netherlands had erased Ukraine’s commendable comeback to start the tournament with three points thanks to a late winner from Denzel Dumfries.

In what might be the nation most obsessed with football tactics, the national team’s way of playing is always heavily scrutinized before a tournament. Let alone in the run up to the first tournament in seven years, after two missed editions in 2014 and 2016. Seventeen million national coaches had discussed the pros and cons of 5-3-2 and 4-3-3 for weeks on end. An Orange nation in limbo indeed…

When the opener against Ukraine was on the cards, De Boer decided to stick to his 5-3-2 starting formation, with Matthijs de Ligt missing out on injury. This meant Daley Blind, Stefan de Vrij and 19-year-old Jurriën Timber protected veteran goalkeeper Maarten Stekelenburg. In midfield, Marten de Roon and Frenkie de Jong played behind Georginio Wijnaldum. Up front, Memphis Depay was given complete freedom while Wout Weghorst acted as a more traditional number nine. This meant the Netherlands’ formation could be seen as a 3-1-5-1 or 3-2-4-1 formation in possession.

Ukraine manager Andriy Shevchenko fielded a quite traditional 4-3-3 formation, with a talented youngster of their own in central defense in 18-year-old Illya Zabarnyi. In midfield, Serhiy Sydorchuk protected Oleksandr Zinchenko and Ruslan Malinovskyi. The most familiar Ukrainian names could be found up front: Andriy Yarmolenko, Roman Yaremchuk and Oleksandr Zubkov.

Most managers at EURO 2020 want to reduce the spaces in the middle of the pitch and want as little transitions as possible. Frank de Boer is not like most managers.

From the very fist minute, the Netherlands’ defended using man-marking, which made for huge spaces to play in when bypassed. As a result, the first half felt more like a game of basketball than a game of football. Both teams had their first dangerous moment in the box when the game was barely three minutes underway. 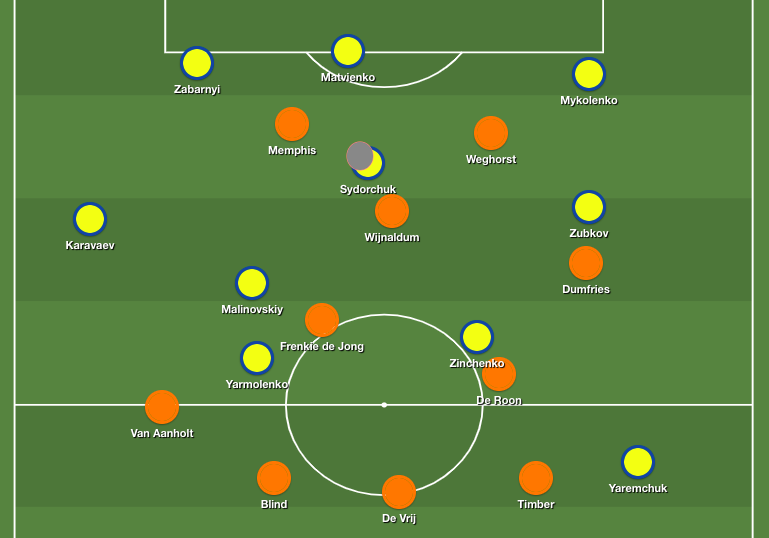 Because the Netherlands have a lot of players that thrive in these kinds of high tempo, open, end-to-end matches, they were the better team in the opening stages. As early as the fourth minute, the Netherlands could have scored the opener through Dumfries.

In transition or when Ukraine played through the Dutch first line of press, spaces would open up to attack. As a result no less than ten (!) shots were taken in the first fifteen minutes of the match.

Think we might be the easiest team in the tournament to play through when we press. pic.twitter.com/FK0H8tIIvh

The Dutch way of attacking can be seen as somewhere in the middle between a 3-2-4-1 and 3-1-5-1 shape. Once the ball was in the opposing half, Frenkie de Jong, Depay and Wijnaldum were given license to drift.

One of the more peculiar ways of building up included De Roon dropping next to the back three. This effectively created a five-versus-one overload When one team has more players in a certain area or zone than the other team. in the buildup. This might have been done to give Blind more space on the left side of field to push up. In most cases, it just led to sideways passes. 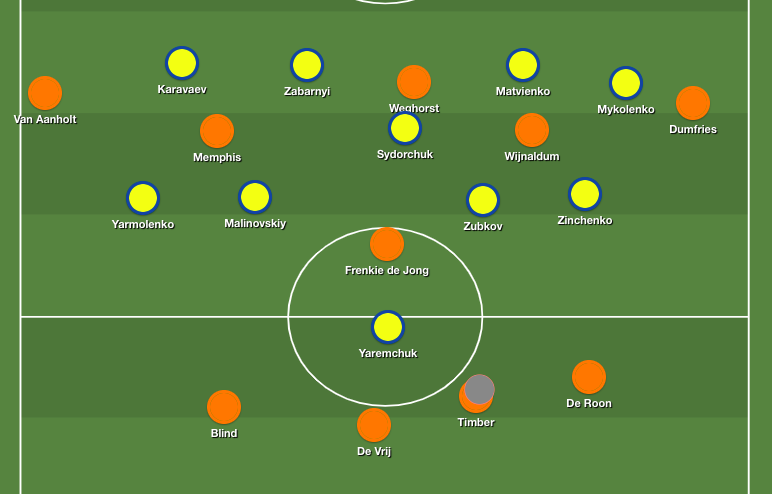 8th minute. Netherlands build up with a very narrow back four against Ukraine’s set 4-1-4-1 defense.

After the initial flurry of chances, the game somewhat slowed down. The biggest Dutch chance would come for Dumfries – again – as he was at the end of a great Depay cross in the 37th minute.

The agressiveness of De Boer’s 5-3-2 shape was symbolized by Van Aanholt and Dumfries, who were clearly instructed to play as high up the field as possible. As Depay naturally drifts left, Dumfries was often the only focal point for the Dutch on the right. Throughout the match, he would have the most touches in the box, create the most individual expected goals The amount of goals a team is expected to score based on the quality of the shots they take. and receive the ball closest to goal on average. 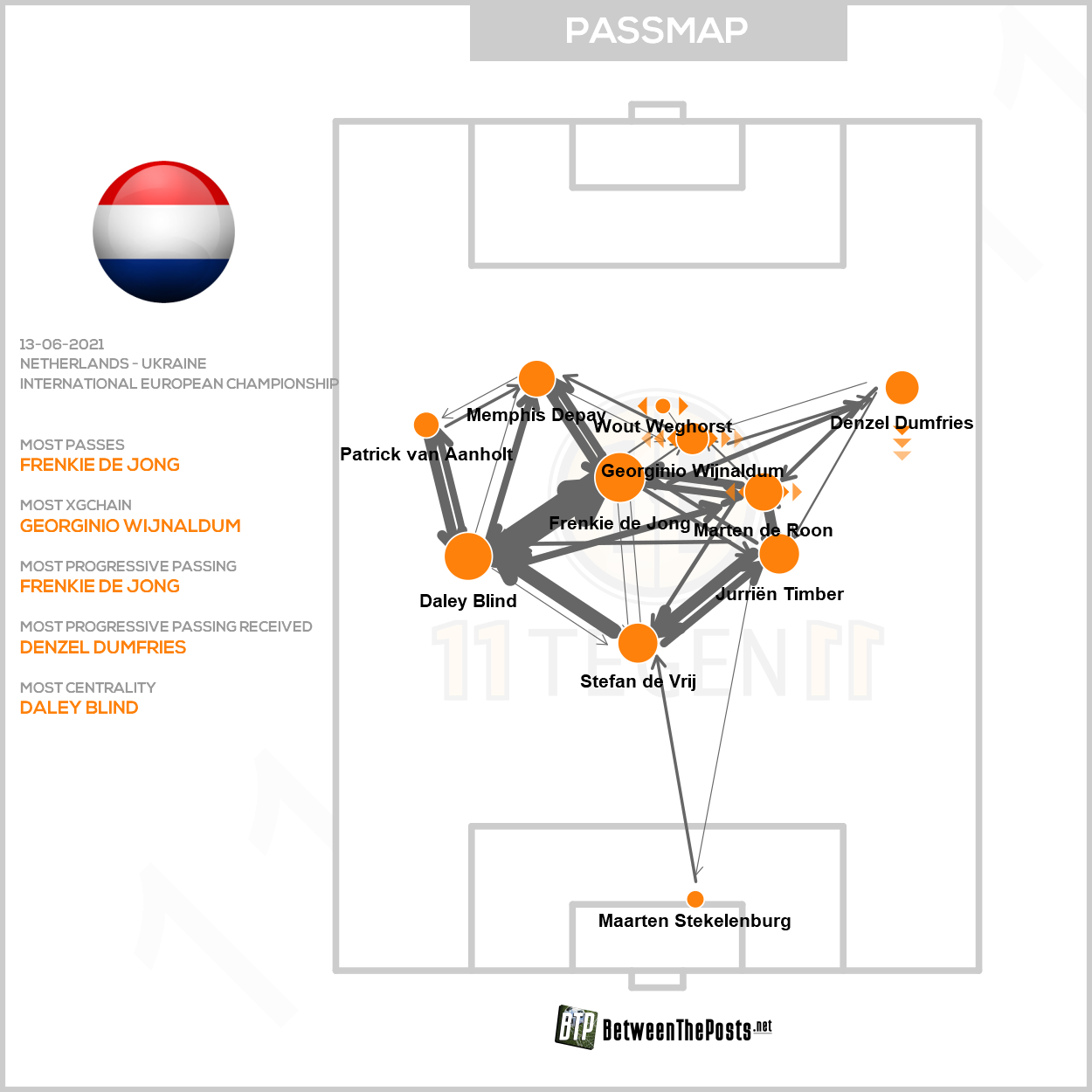 After a first half rich in chances but without goals, the Netherlands would open the scoring five minutes into the second half. Left back Mykolenko failed to deal with a pass from De Roon, giving Dumfries the opportunity to cross. As Ukraine goalie Heorhiy Bushchan dealt with this cross rather poorly, captain Wijnaldum was allowed a tap-in to score the first Dutch goal at a European Championship since EURO 2012.

The Dutch did not alter their approach much after this and kept attacking. Six minutes later, another late run from Dumfries resulted in another instance of clumsy defending by Ukraine. This gave Weghorst the opportunity to score his second international goal for the Netherlands and the second Dutch goal of the night.

The Dutch approach does not allow to sit back and defend in a zonal 5-3-2 or 4-4-1-1 shape. Wijnaldum, Frenkie de Jong and De Roon keep man-marking well into their own half. This creates unusually large amounts of spaces in front of the defense for the opponent.

Ukraine made good use of this to score their Anschlusstor. Yarmolenko – who had been anonymous up until that point – set up a one-two combination and drifted inside. Since there was no defensive midfielder to cover, Yarmolenko could easily receive, dribble inside and pick out the top corner. 2-1 with twenty minutes to go. 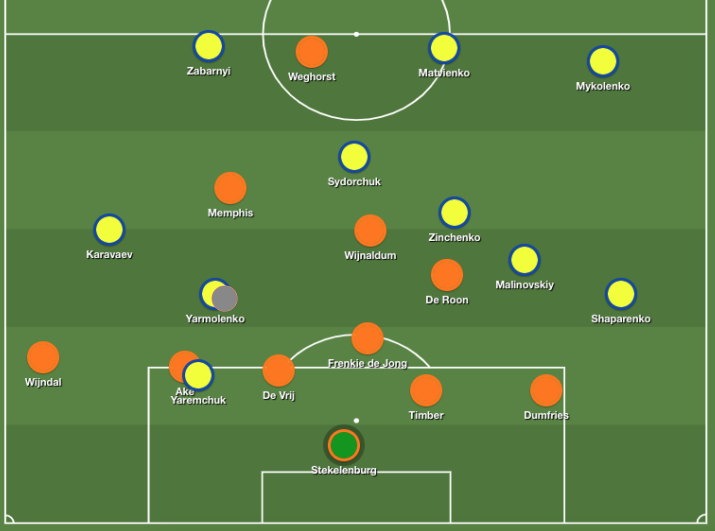 Five minutes later, Ukraine completed their shock comeback with a headed goal from Yaremchuk, after a great delivery into the box by Malinovskyi, silencing the Johan Cruijff ArenA. After creating next to nothing for over an hour, Ukraine had done the seemingly impossible and scored two goals from three shots.

As the Dutch setup is currently optimizing for the offensive production of Dumfries, it was only right he would take the stage and score the winner. After he had missed two big chances in the first half, he was on the end of a splendid Nathan Aké cross in the 85th minute. If there is one thing the PSV Eindhoven captain embodies, it is fighting spirit. He kept the Dutch hope alive here by not giving up after that first half and was rewarded for it in the end.

There is a lot to say about the Dutch way of doing things this tournament, but it is not going to be boring. Their approach is outdated, asks constant awareness of defenders and holding midfielders and seems very intensive, especially after a season like this. We might see them play a game of basketball instead of football for a couple of more games, but who’s against that?

Ukraine should probably progress from this group, but will scratch their heads over how they gave away their 2-2 draw. In the end, their 0.55 expected goals is not very impressive against a side as open as the Netherlands. A key game against North Macedonia immediately awaits. 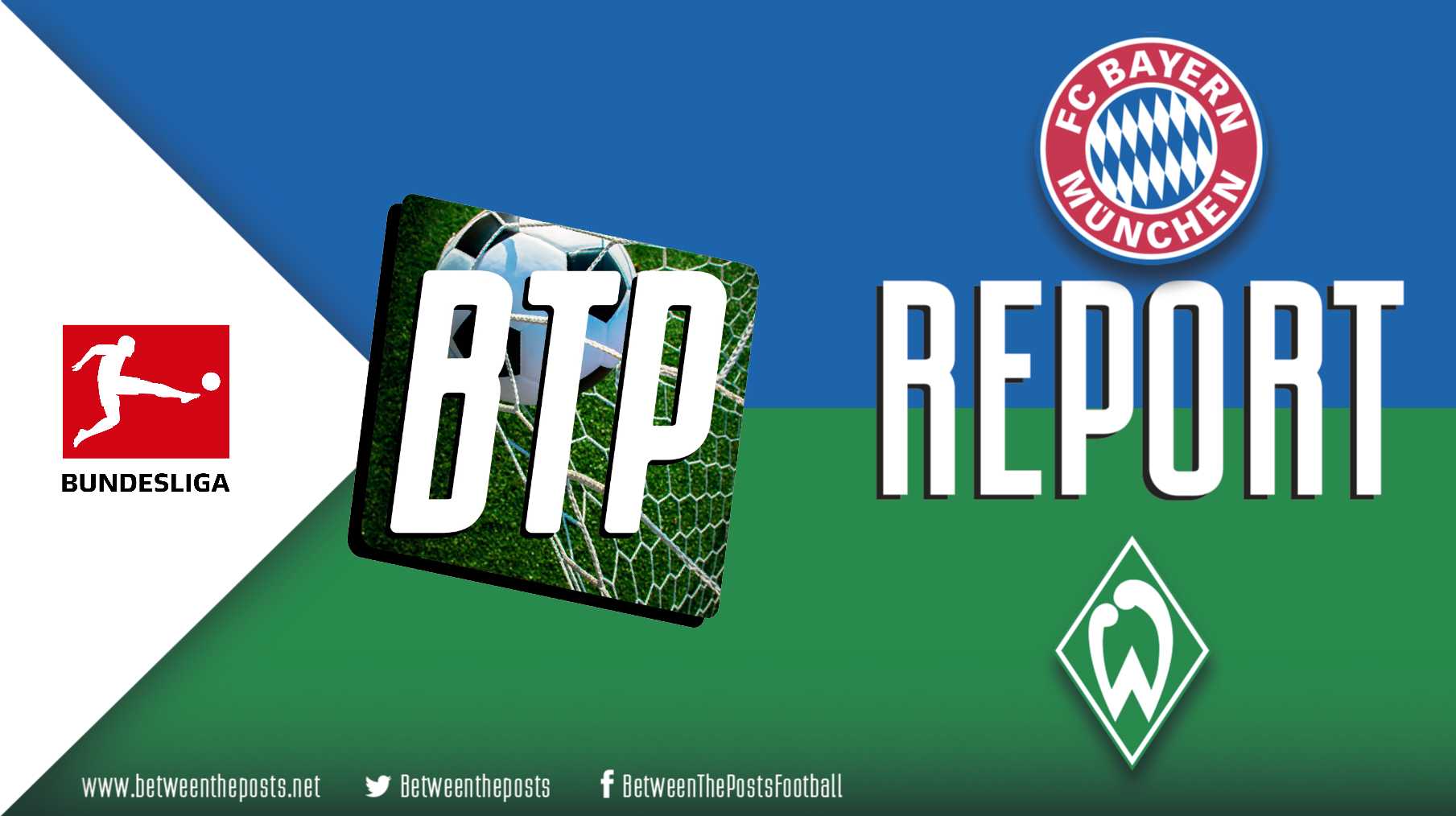