Coming to Qatar 2022 with a consolidated squad, Denmark aim to progress to the latter stages of the tournament. As their history suggests, they performed at their best when coming from well outside of the radar of the potential favorites. Would they now be able to confirm the status of authentic threat, using their spirit and intense style of football to their advantage?

This tactical preview has been written by Giovanni Cesaroni.

After a whirlwind Euro 2020, when Denmark achieved a remarkable semi-final spot, the squad coached by Kasper Hjulmand has all the credentials to continue the rise in Qatar 2022. If anything, what happened to Christian Eriksen on that dramatic day on the pitch of the Parken Stadium in Copenhagen reinforced the spirit and togetherness of this granitic group. With their talisman back in the squad after his miraculous return to football, the Danes are now tipped to compete at their highest level against Tunisia, France and Australia as part of Group D.

Denmark booked a place in this World Cup breezing through their Qualifying Group, ahead of Scotland, totalling nine wins and just one defeat – in Scotland, after the qualification had already been clinched – in the ten games played, scoring thirty goals and allowing only three.

Their good form continued into the following UEFA Nations League campaign, where Denmark trailed by just a single point behind group winners Croatia, beating the favorite France both home and away.

The Squad: Balance and experience at Hjulmand’s service

Denmark’s World Cup squad is among the most experienced and mature selections we will see in Qatar. The group is well cemented and most of the players are already accustomed to the style of play adopted by the team.

Barring few exceptions, the Euro 2020 squad has been confirmed: the experienced goalkeeper Kasper Schmeichel is one of the leaders together with the captain Simon Kjaer who has gone through injury woes in the past year but he is ready to lead his country in the biggest stage, with his impressive total of 121 caps. Other center-backs as Joachim Andersen and Andreas Christensen are the other established choices while Leeds United’s right-back Rasmus Kristensen has performed above expectations and could be tipped for a place in the starting lineup together with Joakim Maehle, on the opposite side. Victor Nelsson, Galatasaray first-choice center-back and Alexander Bah, Benfica’s right-back, are the new faces who can challenge for a place from the start.

In midfield, there is room for experience with Christian Eriksen and Pierre-Emile Hojbjerg as the key players alongside the emergent Mikkel Damsgaard and Jesper Lindstrom offering attacking quality and Thomas Delaney balancing out the team. Upfront, the options are various with each player having a different set of skills, with Kasper Dolberg as the leading candidate for the center-forward position and Andreas Skov Olsen as the main wide threat in the squad.

Plenty of options in the attacking department, with Kasper Dolberg the expected starter but possible alternatives as Andreas Cornelius and Yussuf Poulsen offer physicality and excellent linkup play abilities.

Kasper Hjulmand alternated different systems throughout the recent games: whether it be a three-men or a four-men defensive setup, his side has shown flexibility to adapt and change according to the opposition setup, with excellent results especially in big games against other leading national teams as France.

However, it is predicted that Denmark will predominantly operate in a 4-3-3 shape – with small variations; could also turn in a 4-3-2-1 formation – in the upcoming tournament, as the objective is to maintain the three midfielders, each one with distinctive functions and characteristics. Usually, Hojbjerg acts as the midfield pivot in a central position, while Eriksen has the freedom to either offer an additional option in the buildup or move up towards the halfspace. If you divide the field in five vertical lanes, the halfspaces are the lanes that are not on the wing and not in the center. Because there is no touchline like on the wing, players have the freedom to go everywhere. But this zone often is not as well-defended as the very center. This makes it a very valuable offensive zone to play in and a lot of chances are created by passes or dribbles from the halfspace. Finally, Delaney is usually not involved in the buildup as he offers stability, breaking potential transitions for the opponents in case of a lost ball. The two fullbacks can guarantee defensive coverage and are also able to drive forward with the ball, pushing down the flank with occasional overlaps as the two wingers frequently cut inside on their strong foot. 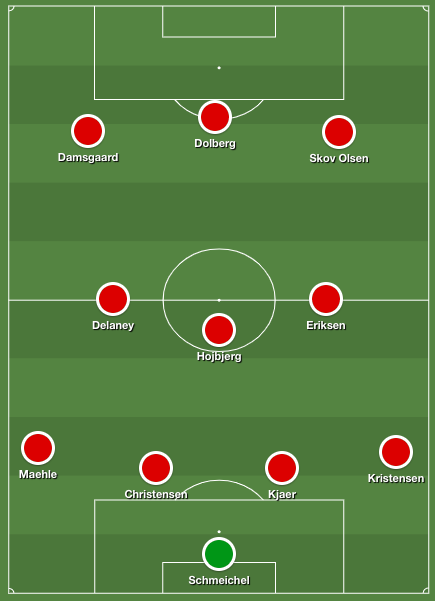 As for the attacking midfielders, it is more difficult to predict the expected impact as only few players have enjoyed a good run of form with their clubs in the current season. Perhaps, only Andreas Skov Olsen has performed well with Club Brugge in Belgium after an unimpressive spell in Serie A, at Bologna. Damsgaard has similarly struggled, as of late, to keep up his level after the extremely positive performances at Euro 2020, with just a handful of appearances in the starting eleven for Premier League side Brentford. Hence, Jesper Lindstrom could claim a place in Hjulmand’s eleven as the Bundesliga “Rookie of the Season” in 2021-22 brings that ability to score goals needed by his squad.

From a tactical point of view, Denmark are an exception to most international teams by apply a high-pressing system in the offensive half with the objective of disrupting the opposition’s buildup and win the ball high up the pitch. When the opposition lines up with a back three, Denmark’s three attackers apply individual markings on them while Eriksen usually screens the midfield pivot. The center-left and center-right midfielders cover the central space between the lines whereas the wide midfielders keep an aggressive attitude to intercept the ball going towards each side, creating individual duels with the opposing wide players.

While Denmark is quite aggressive in the first pressing phase, once the opposition progresses the ball towards the offensive half, Denmark adopts a much more cautious approach. They create two compact lines, forming a 4-5-1 shape with the two inverted wingers dropping alongside the three midfielders. The defensive line stays deep and tight, closing up the gaps to prevent the opposition players from penetrating with either runs inside or through balls. In this way, they are happy to concede crosses from wide as their aerial prowess allows the team to defend quite effectively in this aspect.

With the ball, Denmark’s strategy is based on verticality, intensity and width. The buildup starts centrally with the center-backs looking to lay the ball to either Hojbjerg or Eriksen who are involved in the buildup while the fullbacks stay wide, beyond the first line of pressure. Eriksen is allowed the freedom to roam around, looking for pockets of space where to receive the ball uncontested. The outstanding vision and passing skills of the Manchester United midfielder allow him to find passing lanes and serve the wide players who can then take on the opponents, in and around the penalty box.

On the wings, the Danes aim to create numerical superiority as the fullbacks overlap and, at the same time, one of the midfielders drifts into the half-space to help ball progression and play diagonal balls through the gaps of the opposition defense. Once in favorable positions, they are very effective at crossing the ball from wide as the center-forward is predominantly a target man with great aerial ability (excluding Martin Braithwaite, more of a false nine), but also the other players look to attack the box with pace and timing. In frequent circumstances, Denmark had progressed the ball from the center towards one side, before finishing it off on the opposite side, making it hard for the opposing team to deal with this type of action. As a result, Denmark’s best goalscorer in the qualifying phase was the left-back (or wing-back, depending on the formation) Maehle together with the right winger Skov Olsen, scoring five goals each.

Finally, it is worth mentioning that Denmark is one of the best performing national teams for set-piece effectiveness. As previously said, the high number of players with strong aerial skills lends a significant advantage to Hjulmand’s side; the likes of Kjaer, Christensen and Andersen are all authentic threats in the penalty box. Adding up the presence of various players able to deliver perfectly weighted ball into the box, Denmark could really look to profit from this aspect.

The Outlook: Make or break in the knockout stage

Making their debut against Tunisia on the 22nd of November, Denmark has the chance to start off on the right foot in a group where they are the clear favorite to progress alongside the reigning champions France. It remains to be seen whether Denmark can perform against weaker sides on paper like Tunisia and Australia, who could leave them ball possession, rather trying to hit with quick counterattacks.

History suggests that the Danes impressed when they were thought to be the underdogs or, even more incredibly, were invited to replace a disqualified Yugoslavia days before the start of Euro ‘92, concluded with an unprecedented victory.

The minimum objective for Hjulmand’s side is therefore going beyond the group stage. In the knockout phase, Denmark could be a serious threat even for the outright favorites, making their way through a potentially feasible path. 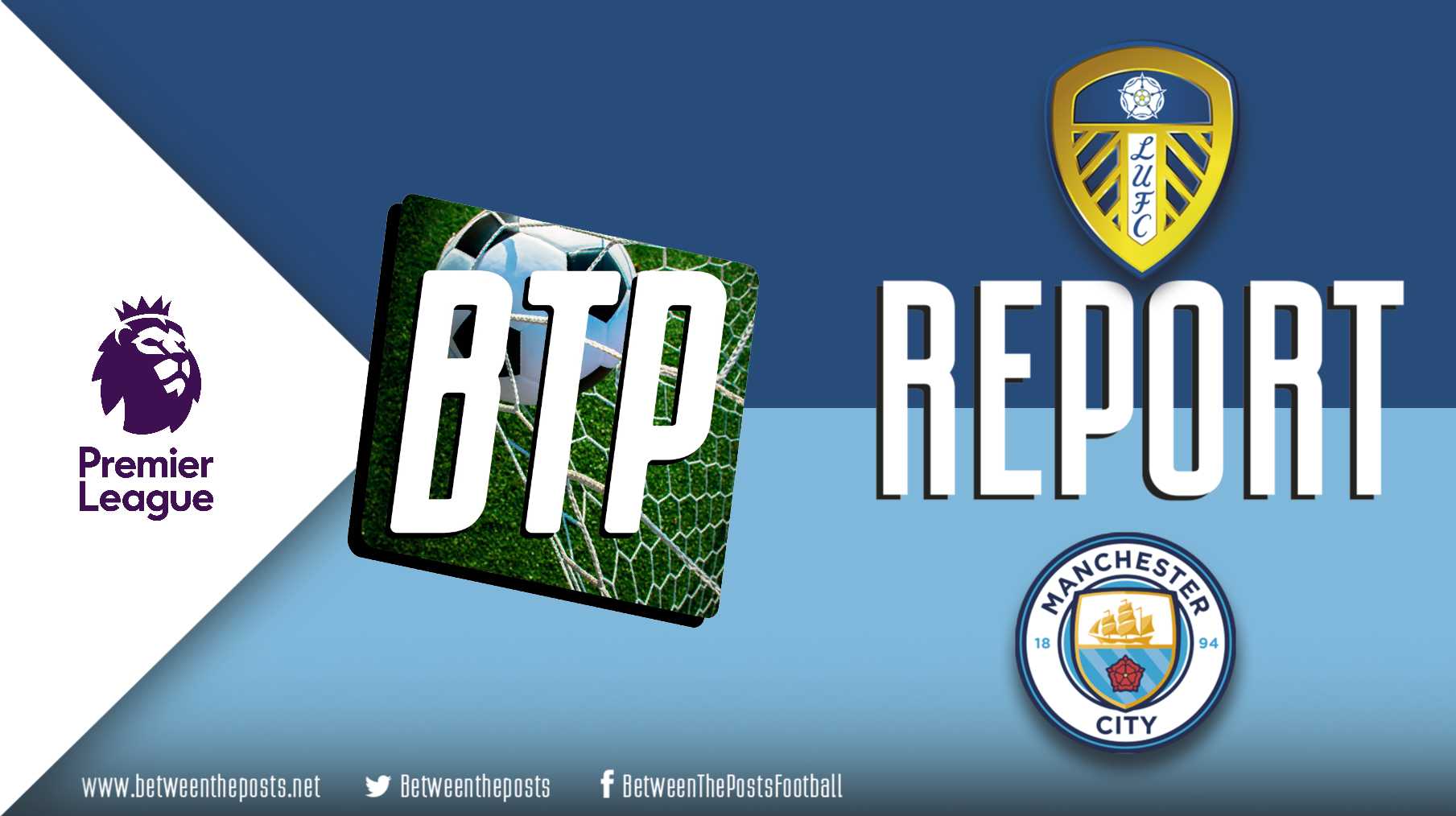 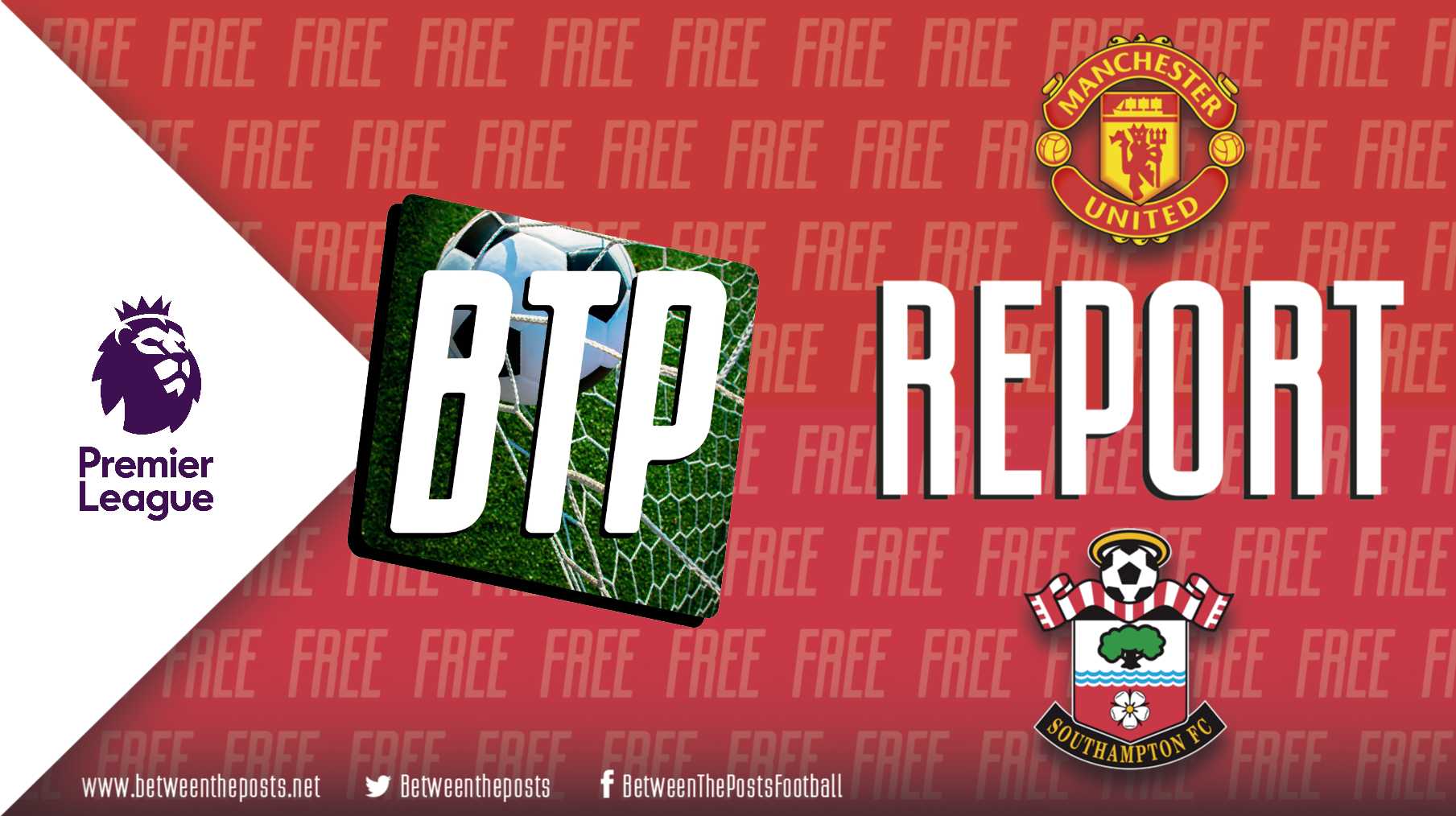