May 8, 2019 Siddharth Ramsundar No Comments

Lyon enjoyed over sixty percent of possession, yet Lille succeeded in making this a game of few chances. Goals from rare mistakes and circumstantial deflections led to a high scoring draw.

A fair criticism of Ligue 1 as a competition is that it misses a stable of clubs that, in terms of quality, fall in the category of, say, Valencia, Arsenal, Internazionale and Bayer Leverkusen. Due to a host of reasons – most poignant: finances –  every team behind PSG feels less than in the other four big competitions, making France the fifth-best league of Europe’s top five.

This match would serve up a nice clash between the two clubs that, together this season, have come closest to chasing PSG. Since Lyon have been horribly inconsistent this season, Lille entered this game six points ahead of them, looking to secure automatic qualification for the Champions League. Lyon have had a mixed season so far, getting worse in the league and going out to Barcelona in the Champions League. Manager Bruno Génésio is set to step down at the end of the season. Still, their attack is behind only PSG’s in France, creating the second most expected goals in Ligue 1.

Lille’s formula for success looks a little different. The side has been in second place since December, largely thanks to the efforts of winger Nicolas Pépé. The Ivory Coast international had a gigantic combined 31 goals and assists in the league going into the game, propelling a defense that has conceded the fewest expected goals in Ligue 1. 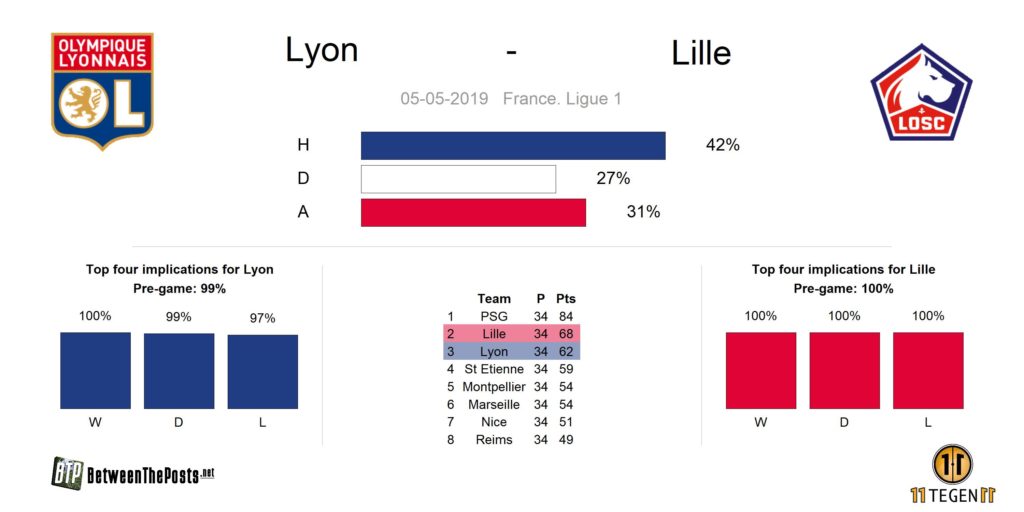 Génésio sent Lyon out in their typical 4-2-3-1 shape. Only missing rotation players Rafael da Silva and Fernando Marcal, he played Houssem Aouar and Tanguy Ndombélé in a double pivot, 4-2-3-1 is one of the most frequently occurring formations in football. The two most defensive midfielders are called a ‘double pivot’. along with an energetic front four, including Fekir and Depay. Attacking fullbacks Léo Dubois and Ferland Mendy started as well, striker Moussa Dembélé was left on the bench.

Lille lined up in a 4-2-3-1 formation as well, even though their version is way more robust. With central midfielder Thiago Mendes missing, manager Christophe Galtier handed young midfielder Boubakary Soumaré a start in a double pivot.

Both sides started this game with a similar defensive setup. Not only were their formations the same, but each and every player was assigned a direct positional matchup across the pitch, with both attacking midfielders in Fekir and Ikone pushing high and matching up with center-backs out of possession. Both sides largely pressed successfully, forcing the defenses to play long balls out of pressure.

In attack, the approaches varied slightly. Lyon largely preferred to build up slowly through their talented midfield and fullbacks. The press meant they were often forced long, but their intention very clearly was to be more patient and control the game. As a result, most of Lyon’s progressive, useful attacks came from out wide. 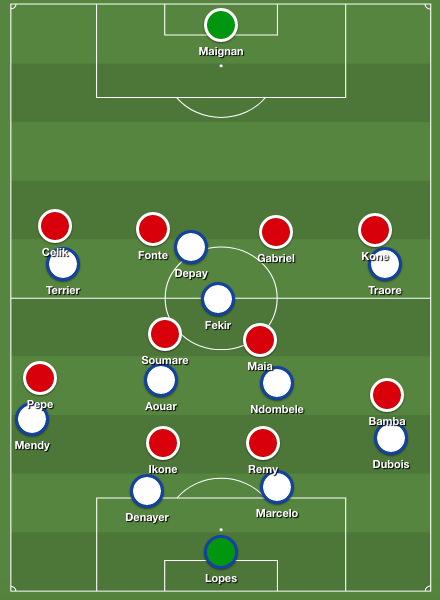 In the opening stages of the match, Lille opted to press Lyon man-for-man.

Lille, however, were extremely direct in possession. They tried attacking centrally, and largely relied on winger Pépé as both an outlet and as the player to produce a moment of magic. While Pépé was the team’s best outlet, he only got off the odd shot or key pass. The team struggled to create from open play.

Lyon attacked in their typical fashion of rotating attackers, upcoming fullbacks and deep dribbles by Aouar and Ndombele. As Lille are a very compact side that can defend well in their defensive 4-4-1-1 shape, nothing really happened in the first half. Lyon had ten shots, but most of them were of very low quality, except for the opening goal. It was scored by left winger Martin Terrier after only ten minutes. It came from a recoiling ball in midfield that fell for Depay. The Dutch attacker dribbled, calmly waited for a run by Terrier, slid him in and saw his teammate score the opening goal.

Lyon Grow Into Game, But Fail To Create In Second Half

The second half opened with an instant Lille equalizer, the first of three goals. Strikingly, once again, none of them really came out of too much danger. Lille’s equalizer was the result of Jason Denayer’s fluffed clearance from a cross, that happened to give Loïc Rémy an easy finish. Lille’s go-ahead goal was a combination of excellent set-piece delivery and a Lyon defender’s inability to clear the ball. Lastly, Lyon’s equalizer was only possible because of another, extremely fortunate deflection and a good finish through traffic.

Lyon spent more of the second half with the onus to score and failed to recapture the lead right after half-time. Lille – the more defensive outfit and six points ahead in the race for automatic CL qualification – retreated into a deeper 4-4-2 / 4-4-1-1 shape more often. They usually tracked their men diligently, giving Lyon plenty of possession without penetration, holding together their defensive block. 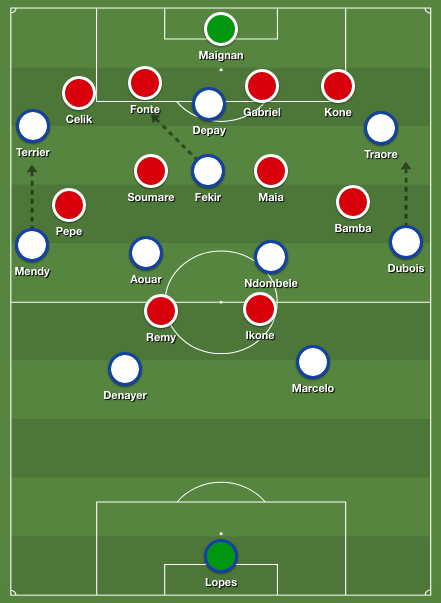 As the half went on, Génésio attempted to take the initiative with more attacking substitutions. Striker Moussa Dembélé came off the bench at 2-2 to provide a more dangerous presence in the box. Lyon grew into the game and put together some impressive spells of possession to play through Lille’s press. Make no mistake: when Lille sat back, it was not entirely intentional, it was down to Lyon’s impressive passing, dribbling and overall ball-retention. Ndombélé, Aouar and Mendy were especially impressive.

Lyon finally managed to access advanced areas more often during the final fifteen minutes of the game. Their width got them near the box consistently, and Dembélé posed a threat aerially. Even then, Lille’s strategy largely prevailed. The deep block prevented passes and progression through the middle in the final third. Lyon’s attack was ultimately more blunt than incisive, and Lille were happy to settle for a draw.

Lille’s tremendous organization in both high pressing and deeper defensive situations was highly effective. They played a fantastic game tactically and physically, always covering for numerical overloads and forcing the opposition wide. While all of the goals were a bit harsh, one can safely say Lille got what they wanted in a game of few chances away from home.

In comparison, Lyon’s approach in a must-win game failed. The attack was rendered toothless. Key defensive lapses played a role in both goals they conceded. Genesio’s decision to leave Dembélé on the bench – against arguably the best defense in Ligue 1 – largely backfired as Lyon went through long, frustrating spells of possession. Lyon are now only one point ahead of Saint-Étienne with three games to play. 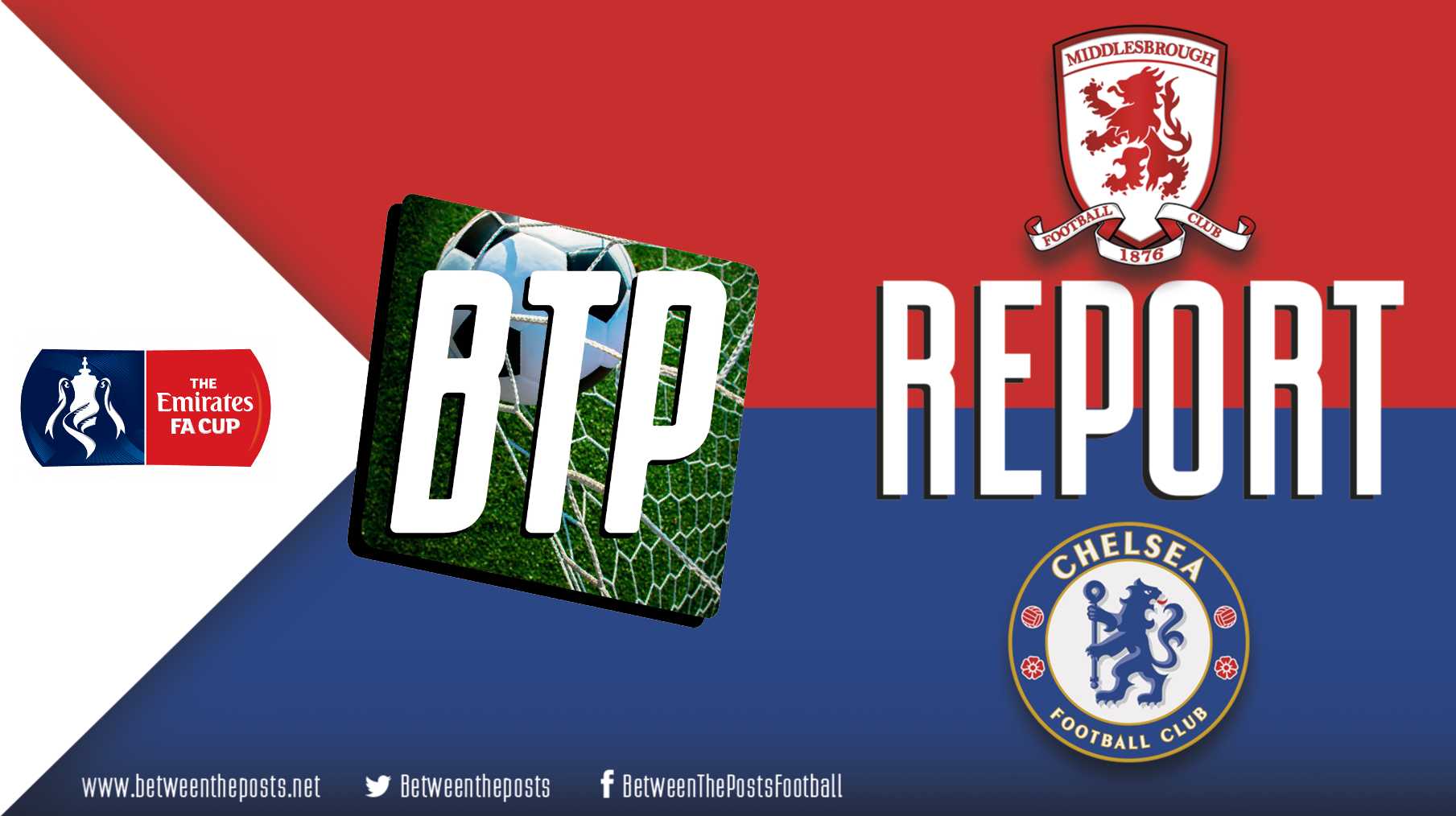