Lille showed some neat – though not especially dangerous – possession play throughout the match and eventually they got the lead through a Nicolas Pépé penalty, just before half-time. The second half was disrupted by both crowd trouble and a red card for Florian Thauvin. After those two incidents, the game became disjointed, and Lille took their time in killing the game off, which they successfully did.

Marseille are experiencing a horrible season. Despite potentially being the runners-up next to PSG in Ligue 1, going into this game, they had won just three matches in all competitions since late October.

But, of course during the transfer window, there are always signings to be made to boost some morale. And what an addition they have made to the squad! Mario Balotelli, of all people, will ply his trade at the Stade Vélodrome the next six months. The Italian forward could only make the bench for this fixture though. Manager Rudi García was also without star man Dimitri Payet due to injury, meaning Konstantinos Mitroglou led the line, as Marseille switched to a 3-4-3 formation in this game.

Lille’s season is quite the opposite of Marseille’s. They unexpectedly find themselves in second place, in large part thanks to the highly rated wide forward Nicolas Pépé. He started on his usual spot: on the right of a 4-2-3-1, alongside Jonathan Ikoné, Jonathan Bamba and Rafael Leão, making for a fast and skillful front four for Marseille to contend with.

Marseille had arguably their best spell of the game in the opening first fifteen minutes. Lille’s defensive 4-4-2 shape was compact enough, but Marseille did well to attack the wide spaces with their wing-backs and inside forwards in their 3-4-3 formation.

The inside forwards threatened with runs in behind Lille’s fullbacks, and the wing-backs were able to deliver crosses into the box. This led to the game’s first dramatic moment, in the third minute, as Bouna Sarr’s cross was nodded down in the box by Marseille’s center-back Rolando, who had stayed forward following a Marseille corner. The ball fell to Nemanja Radonjić, who poked the ball past the goalkeeper, into the back of the net. The goal was cancelled, however, after it was found that Konstantinos Mitroglou was interfering with play from an offside position by blocking the goalkeeper’s view. 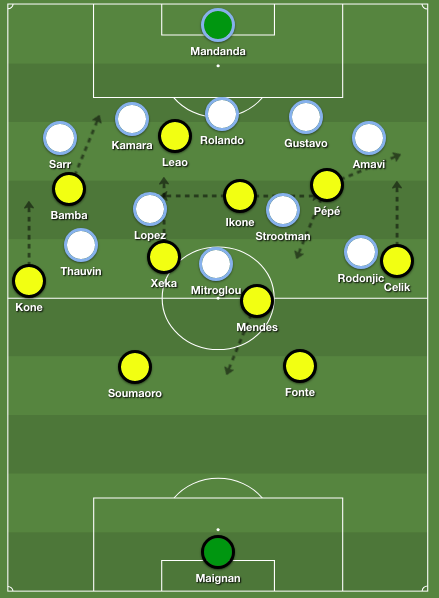 Lille were largely in control of the proceedings after this initial spell though. Their ability to establish possession was partly due to Marseille’s passivity. The home side was reluctant to press in their 5-4-1 organization. This meant Lille’s center-backs – and primarily Thiago Mendes in front of them – were able to set the tempo.

While Mendes would often be in deep areas to collect the ball from the center-backs, his central midfield partner Xeka had the freedom to move into higher areas to try and combine with the forwards. This meant that Lille could resemble a 4-3-3 rather than 4-2-3-1 at times, with Jonathan Ikone tending to drift to the right from his nominal position as the number ten.

With Xeka moving forward at times and the fullbacks holding the width, it meant that Lille often had a lot of players ahead of the ball at once, and central midfield areas could become rather empty. This could be filled by some nice dropping movements from the likes of Pépé, but the front four were more focused on making movements to threaten the space behind Marseille’s defense. However, with Marseille defending quite deep, it was difficult for Lille to exploit the speed of their front line in this way.

There were some nice fluid movements, with players moving towards and away from the ball to open spaces, and fullbacks overlapping When a wide player, most of the times a wing-back, runs outside to fill in the space left by a winger going inside with or without the ball, this is called overlapping. , but Lille struggled to find the killer pass to generate shots on goal despite their seemingly well-constructed possession game.

It took until just before half time for them to make the breakthrough, from a penalty awarded with the help of VAR. In real time, the tackle from Luiz Gustavo on right back Zeki Çelik’s surging run into the box may have seemed forceful, yet legal. But upon seeing the video replay, it was made clear to the referee that Gustavo’s tackle was not just forceful but dangerous, going over the ball in a tackle which would later force Çelik to come off. Pépé converted the resulting penalty, and Lille went in at the break 1-0 up. 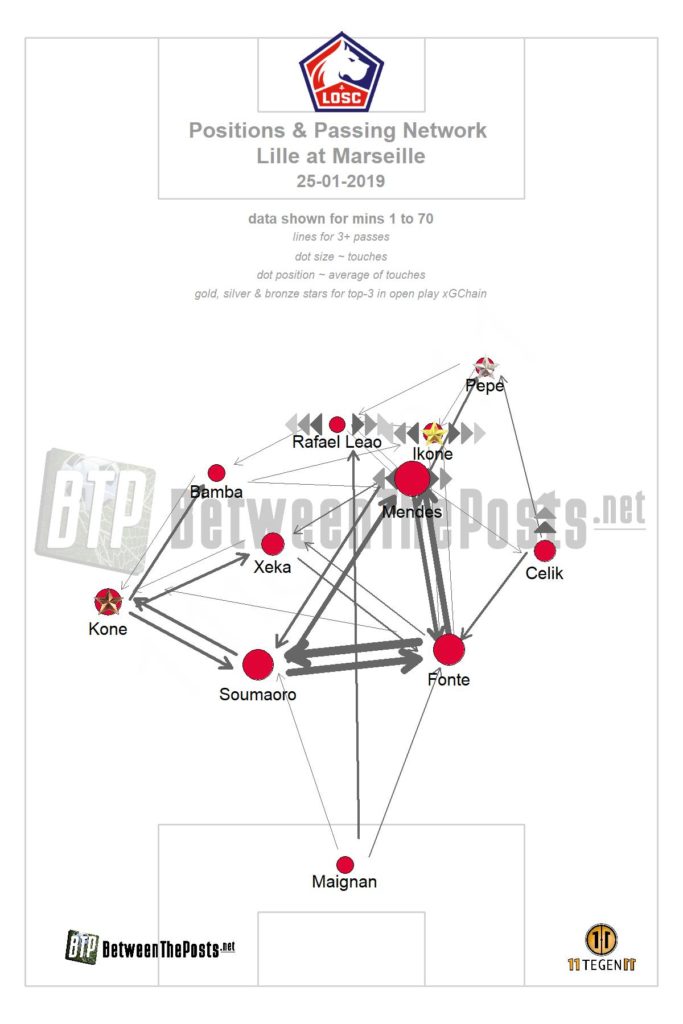 The home crowd had been agitated and hostile from the start of the game, especially once Lille grew into the game in the first half and Marseille found themselves doing little in the way of attack. Around ten minutes after half-time, a firecracker was thrown onto the pitch by a ‘fan’. This forced the referee to take the players off the pitch and temporarily suspend the game.

After over thirty minutes of debate over whether the game should continue, the teams resumed play. Shortly afterwards, there was more bad news for Marseille, as Thauvin needlessly got himself red carded for kicking left back Youssouf Koné.

With ten men, Marseille reverted to a 4-4-1 formation and the game became quite disjointed. The hosts tried to press higher and threw more players forward in possession to chase the game. This naturally meant larger spaces began to open up between their midfield and defense.

Now spending more time without the ball, Pépé and Ikone swapped positions, so that Pépé had less defensive work to do now, playing as a striker in a defensive 4-4-2, and could focus on being a counterattacking threat. Lille did get their counterattacks, but were actually slightly wasteful in getting their second goal with Pépé and Leão both missing decent opportunities.

It took until stoppage time for Lille to finally get their second. Predictably, it was Pépé who converted from another counterattack against a depleted defense. In the end, it proved to be a very important goal. When just about everyone thought the game was over, new kid on the block Mario Balotelli – who had earlier come off the bench – scored deep into stoppage time with a powerful header making it 2-1. 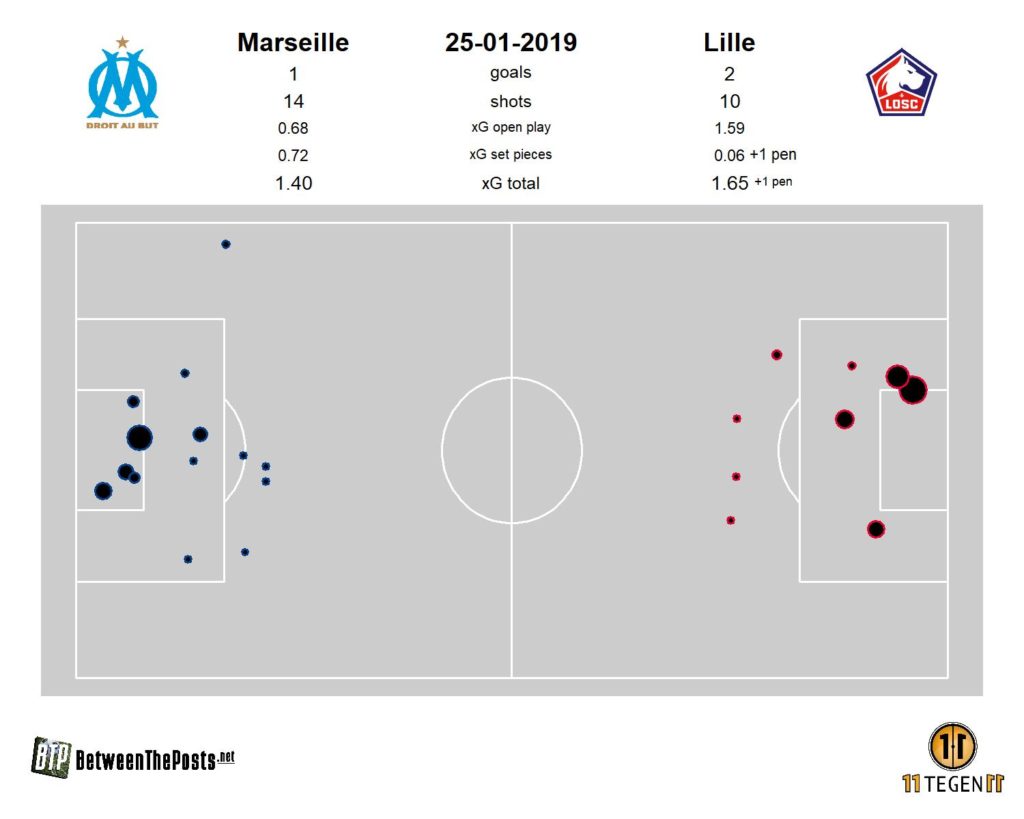 Although they should have been out of sight much earlier, Lille showed some signs of how they have managed to end up second in Ligue 1. They seem to be a well put-together team with and without the ball, with a standout forward in Nicolas Pépé who seems equipped to play for one of Europe’s elite teams one day.

Marseille, on the other hand, are in serious turmoil. Crowd trouble aside, they did show promise early in the game, but seemed to lose momentum quite quickly, and ended up on the back foot. One of the hopes they might have is that Balotelli’s late goal is a sign of things to come for a team in need of inspiration. 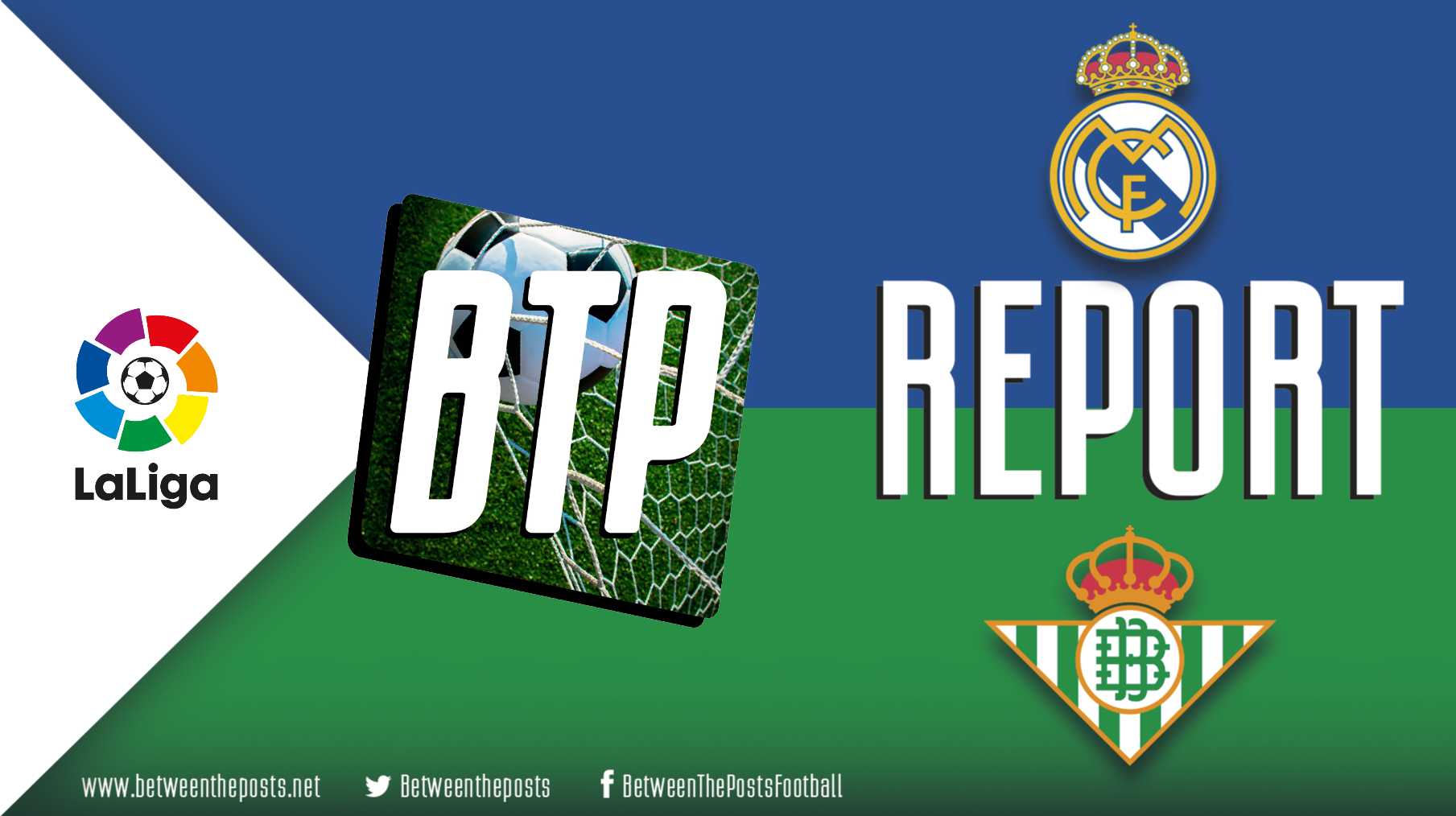