Despite both sides major defensive issues, neither team was able to create scoring chances. Ultimately, it was Grêmio, who managed the bulk of possession and upped their game at the right moment –  their performance rewarded with a goal. Palmeiras did manage to level the match. However a late strike in injury from substitute, Pepê, decided the game for Grêmio.

After winning the Copa Libertadores on Saturday night, Flamengo had the possibility of winning their second title of the season without even taking the pitch. To win their first Brasilerão since 2009, all they needed was for Grêmio to take at least one point from their match against Palmeiras However, this was a tall task as Palmeiras had not lost a game since mid-October – winning six of their last nine matches.

After their disappointing 1-1 draw at Bahia last week, Palmeiras’ manager Mano Menezes made three changes to his lineup. Luan, Gustavo Scarpa and Deyverson all missed out on the first eleven and were replaced by Gustavo Gómez, Lucas Lima and Miguel Borja in a 4-2-3-1 shape. Returning after more than ten years in Europe, striker Luiz Adriano was once again pushed to the bench.

With five points clear of seventh position and five games to go, Grêmio control their own fate in potentially qualifying for next year’s Copa Libertadores. However, they have a difficult run of fixtures in the offing, with their next three matches coming against teams also vying for a position in South America’s premier knockout competition. Renato Gaúcho stuck to his 4-2-3-1 formation – making two changes by bringing in center-back, Walter Kannemann and defensive midfielder, Matheuzinho. 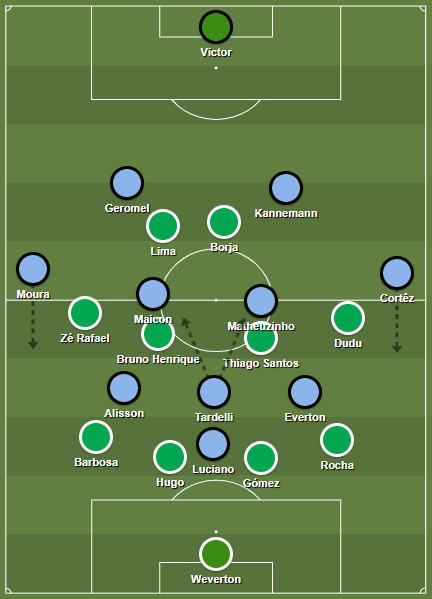 Grêmio tried to play into the holes of Palmeiras’ 4-4-2 formation.

Despite needing three points to remain in the title race, Palmeiras were happy to sit back and cede possession to Grêmio. In their possession phase, wingers Everton and Alisson moved inside and opened the wings for the advancing fullbacks. With defensive midfielders Matheuzinho and Maicon moving to the side, the buildup regularly began on the wing. From there, they looked to play into the holes of Palmeiras’ 4-4-2 formation. However, the wingers’ high positioning made it difficult for them to receive passes. Only striker, Diego Tardelli looked to drop back into the holes of their opponent’s midfield.

Although many players were positioned in the center of the pitch, Grêmio were not able to advance the ball through these zones. Nonetheless, the positioning of their wingers had a positive influence on their game, as it pulled Palmeiras’ fullbacks to the center and opened the flanks for their own advancing fullbacks. Grêmio were able to progress the ball along the wings, but failed to support, fullbacks Bruno Cortêz or Léo Moura. Instead, the tandem became isolated and had to opt for harmless crosses. 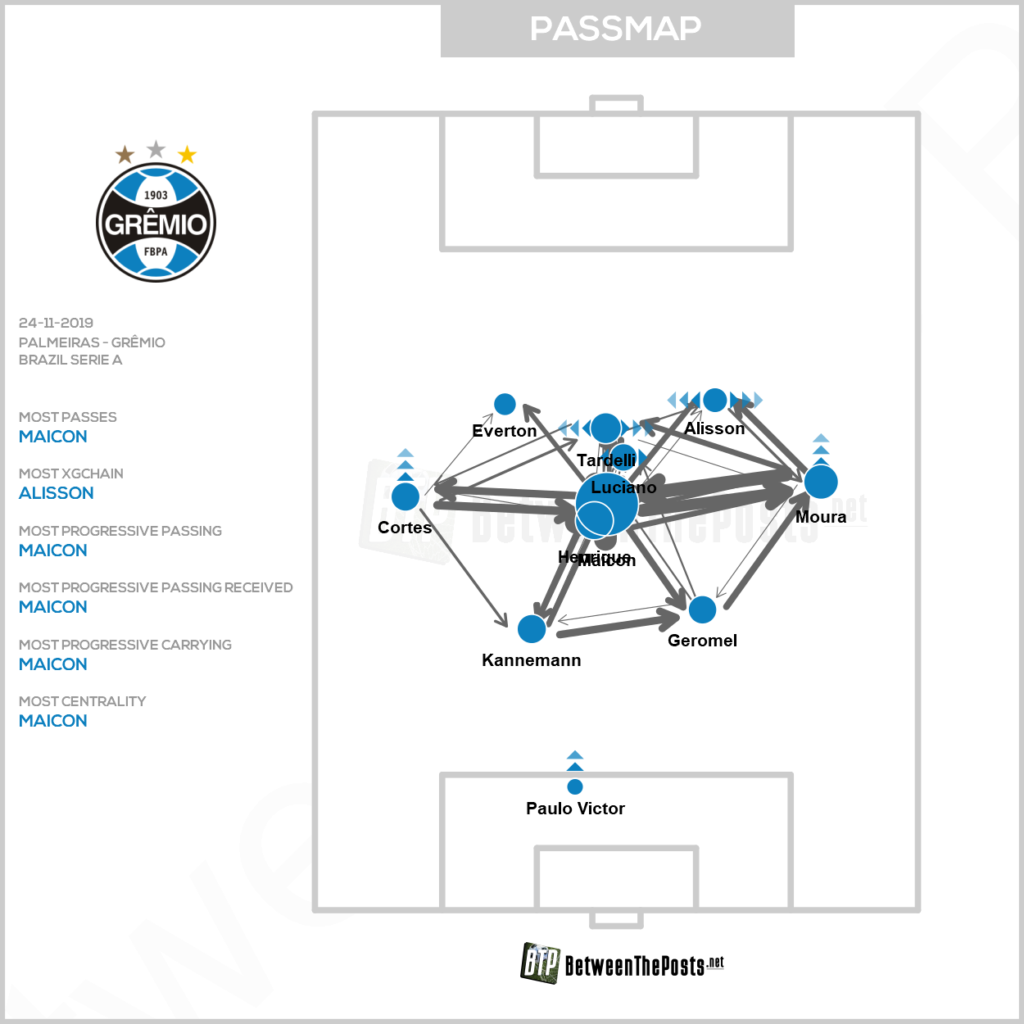 In possession, the wingers moved inside to open the wings for the fullbacks. The defensive midfielders were responsible for the buildup.

Nonetheless, Renato Gaúcho’s side showed positive signs in their buildup, managing to open up the center of Grêmio’s man-oriented, medium block A medium block refers to a team that retreats in their own half out of possession, generally only disrupting their opponents some way into their own half. by pulling away the central midfielders and in the process creating space for Tardelli. However, the off-ball movement was often static and therefore the attacking phase relied heavily on individual actions, which rarely came off. As a result, despite facing a largely disorganized defense, Grêmio only mustered two shots in 45 minutes.

Palmeiras looked to play in a 4-4-2 formation in a medium block, but lacked compactness in all phases. The back-line constantly positioned itself too deep, which created huge gaps between the lines. Meanwhile, the midfielder’s defense was very man-oriented -unable to provide cover to teammates. All in all, this resulted in substantial defensive gaps, which a more offensively adept side would have easily exploited.

After possession changed and Palmeiras tried to build up, the game looked fairly similar, as both teams mirrored one another’s strategy. Palmeiras’ wingers, Zé Rafael and Dudu, left the flanks and moved inside to overload the central spaces and open the wings for the advancing fullbacks. However, in contrast to their counterparts, they positioned themselves deeper and were therefore able to receive the ball behind the Grêmio midfield. This allowed Palmeiras to play a more fluid passing game and yet chances still only resulted from individual actions or set-pieces. 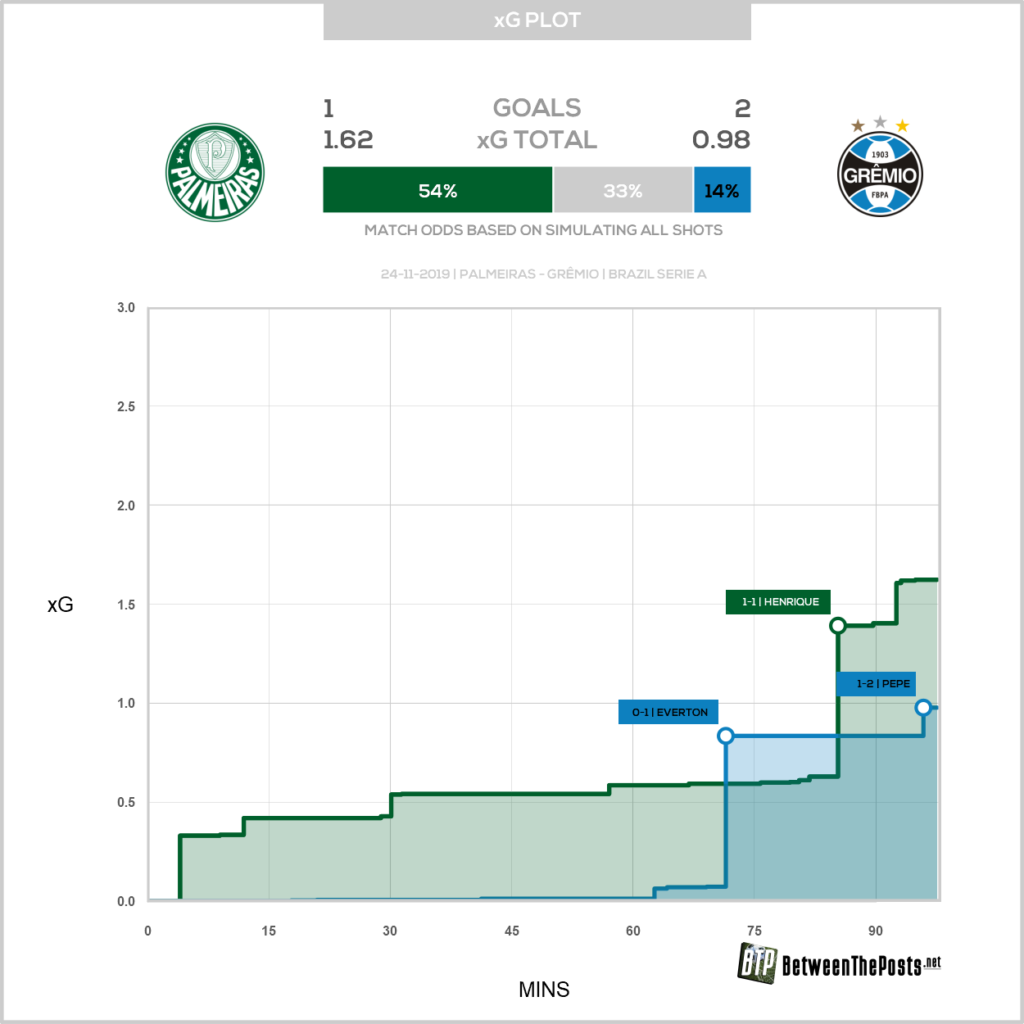 Both teams were unable to create big scoring chances in the first half.

Grêmio had more possession in the second half and most crucially, improved the quality of said possession. In buildup they often looked to switch A pass from one side to the other. the ball to Moura, who had a great deal of space on the right side. However, Grêmio now occupied the zones around the right-back so that he was not isolated and could progress the ball through the halfspaces.

Another important factor in Grêmio’s improved performance were the defensive midfielders, especially Matheuzinho.  The youngster’s ability to dribble past his marker was essential in overcoming Palmeiras’ medium block. What is more, he played progressive passes to Everton, who was able to separate himself from his marker – creating dangerous situations through dribbles, – although his decision making left something to be desired. Eventually, a fine individual action from Matheuzinho allowed Grêmio to bypass the Palmeiras press, at which point, the midfielder played Everton into the box where he drew a penalty and competently converted the spot kick.

Palmeiras try to turn the game around

After defending in their own half for the majority of the game, Pameiras now had to play more offensive. Faced with Grêmio’s incompact medium block, they focused on advancing along the left wing where Diogo Barbosa had taken up a higher position. From there, they looked to progress the ball into the center of the pitch. Against their opponent’s man-oriented defense they used opposite movements and positional changes. This proved useful as it confused the Grêmio defense and allowed the homeside more offensive freedom. 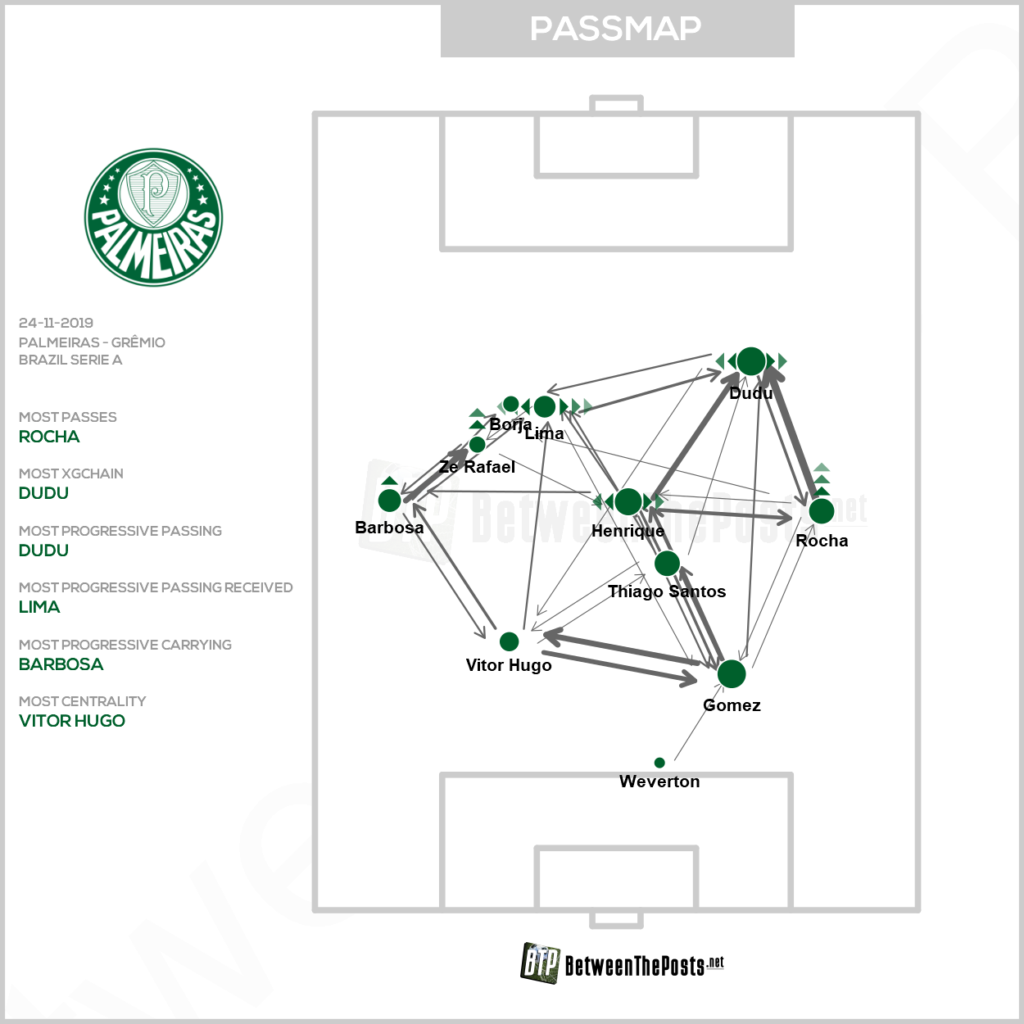 Many players moved to the left side to exploit Grêmio’s man-oriented defense.

Despite Palmeiras’ improved offensive outlook, it was a clumsy tackle by Cortêz inside the penalty box, which allowed Bruno Henrique to tie the match. Buoyed by the tying marker, Palmeiras looked poised to snatch the go-ahead goal. Unfortunately for the home side, they were shocked by an injury time winner from Pepê – handing three points to Grêmio and the title to Flamengo.

In a match where neither side were at their best, Grêmio managed to do just enough to claim victory. Both teams had similar problems in and out of possession with their man-oriented defenses causing the bulk of the issues – namely the huge spaces left between the lines.

Grêmio dominated the ball and had positive moments, but their structure in possession was largely inconsistent. Furthermore, they played a number of inaccurate passes and often fell victim to poor positioning. Nonetheless, they still managed to escape with three points, which factored significantly in their qualification for the Copa Libertadores.

For all of Palmeiras’ problems in defense and the promising signs they showed in attack, it is unclear why they did not try to exploit Grêmio’s problems more often but rather underlined their own. After a disappointing performance in front of their own fans, Palmeiras’ season is all but over – the last vestige a battle with Santos for second place. 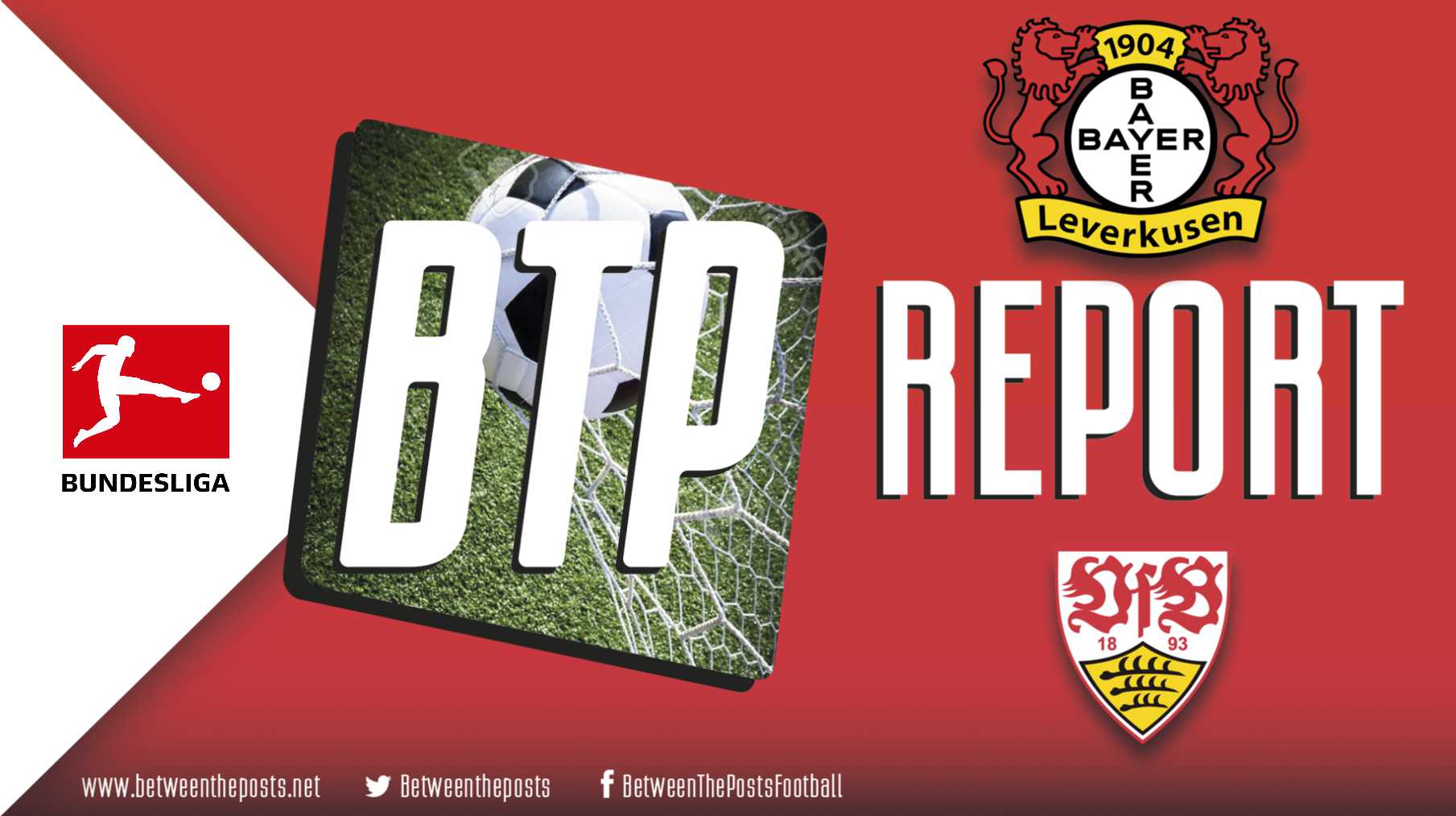 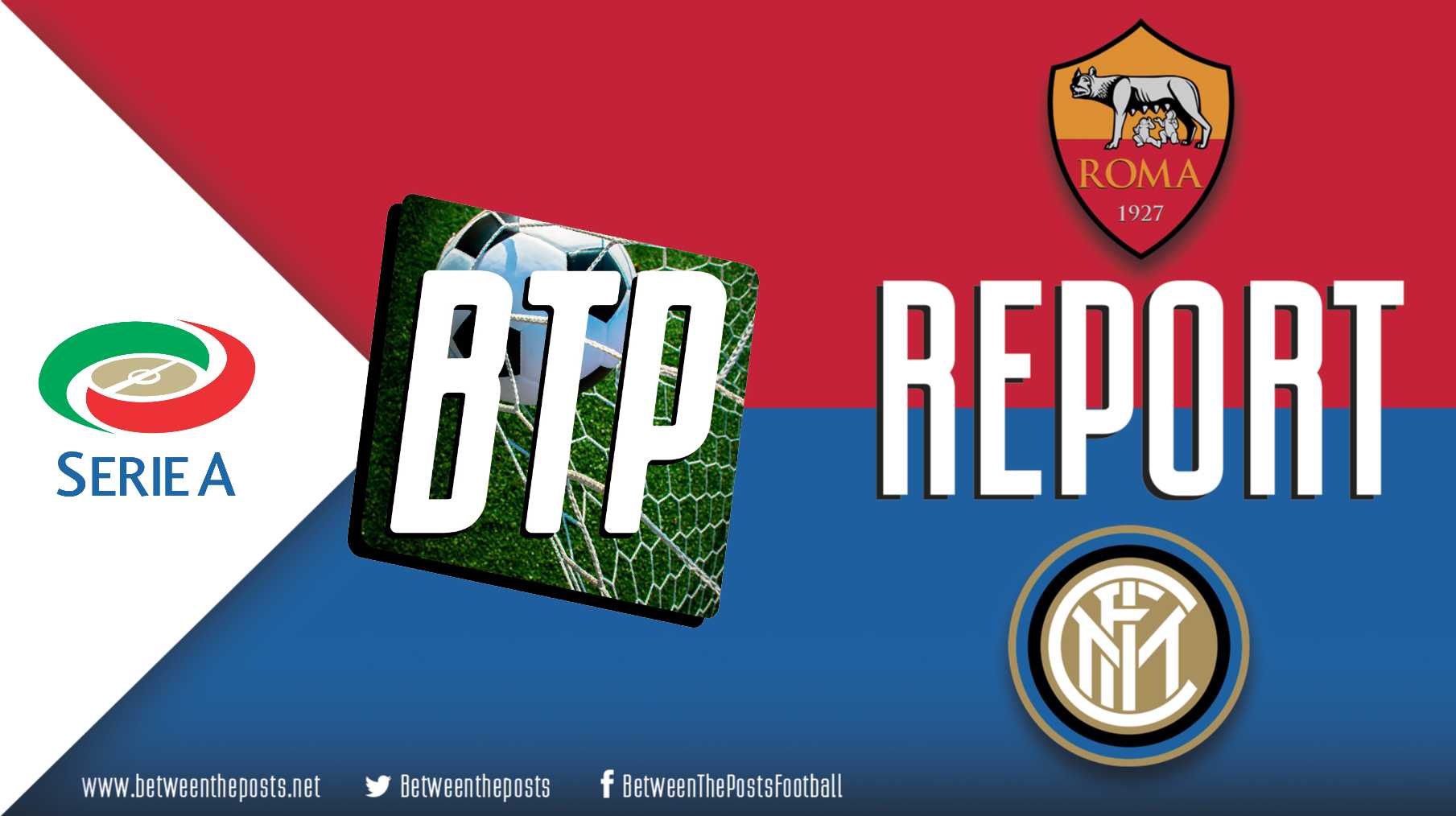 AS Roma – Internazionale: A Highly Tactical Show-Off Succumbs To A Late Blunder (2-2)