Bayern Munich knew they would need to pull off a ‘mini upset’ to defend their crown. But coming into this game off the back of a thrilling first leg, the tie was still on a knife’s edge, capable of going any which way. In truth, it did as the giants produced another enthralling spectacle, both winning, drawing, and losing on the night to see the home team through to the semi-final stage.

If collective effort trumped individual class in the Champions League Final last year, PSG looked determined last week to prove that narrative wrong. A mix of sharp creativity, final third efficiency, The one-third of the pitch that is closest to the opposition’s goal. and mutual grit saw them withstand a Bavarian onslaught, striking ruthlessly on the break to seal a precious win. They now came into this match with three away goals and a lead in the bag, looking to avenge that bitter loss by claiming a place amongst the last four once more.

The adage of a week being a long time in football has proved itself to be true once again at Bayern Munich. Drawing 1-1 with Union Berlin on the weekend, they have given RB Leipzig a slimmer of hope for the league title. But a more urgent issue has been the explosive fallout between Hansi Flick and sporting director Hasan Salihamidžic, casting the former’s future in doubt. As the off-field fracas loom large over the club, the visitors would need to prove their unity now more than ever.

Flick set up the away team in a 4-2-3-1 system. With Niklas Süle, Leon Goretzka, and Robert Lewandowski all out due to injury, he faced several key setbacks in terms of personnel. From the options at his disposal, he chose to pick the same side that played out the second half of the first leg, bringing Alphonso Davies and Jérôme Boateng into the fold.

Mauricio Pochettino deployed the hosts in a 4-2-3-1 shape. He would also have to cope with absence from injury, as Marquinhos was still missing after tweaking his groin in the first leg. Hence, the PSG manager went for Leandro Paredes in the midfield two with Idrissa Gueye while Danilo Pereira again filled in for the captain at the back.

From their 4-2-3-1 shape, Bayern used their usual focus on the flanks to move the ball into the final third. There was an emphasis placed on their right side, where Leroy Sané lurked high and wide. To his inside, Müller would stay in the right halfspace If you divide the field in five vertical lanes, the halfspaces are the lanes that are not on the wing and not in the center. Because there is no touchline like on the wing, players have the freedom to go everywhere. But this zone often is not as well-defended as the very center. This makes it a very valuable offensive zone to play in and a lot of chances are created by passes or dribbles from the halfspace. between the lines, pinning Abdou Diallo. As such, the winger’s teammates often looked to find him with diagonal switches of play.

However, despite his individual quality, Sané did not have the best of the evenings. At times, these switches were not optimal, hindering him from attacking the box directly. But, in cutting inside onto his favored foot, he also struggled once more to carry the same threat as he does on the left. 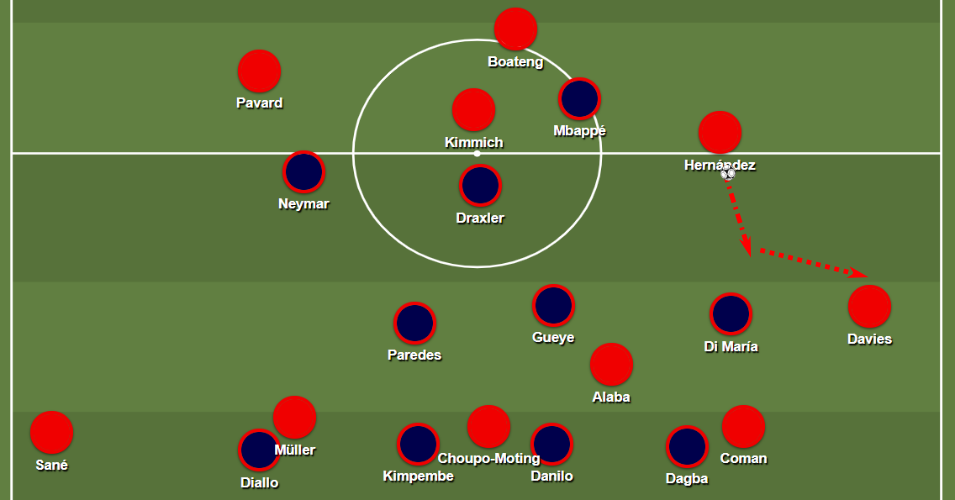 55th minute: typical offensive scene for Bayern on the night. Hernández drives forward with the ball from deep, with the front four in a flat line ahead of him and Sané wide on the right. Alaba pushes up to offer an extra vertical option, but none of these are accessible, forcing a sideway pass to Davies.

Otherwise, the absences from the attack limited the guests’ options. A common element of their attacks under Flick has been the front four starting off in a very flat line before one player drops between the lines to engage in vertical combinations with his teammates.

But without their talismanic striker or Serge Gnabry’s presence in zones near Müller, such variability alluded to the Bavarians. Eric Maxim Choupo-Moting stayed on the last line, rather than dropping off to hold up the ball. Meanwhile, the wingers lacked Gnabry’s comfort in pulling centrally and going deep.

Given the nature of the loss last week, Flick would need to tighten the backline to give his team hope of getting through to the next round. Bayern still pressed in a 4-2-3-1 setup, but the wingers did not jump high to close down the central defenders from outside. Instead, Müller and Choupo-Moting guided the play outside, where the wingers shifted out from the halfspaces. The double pivot Two central midfielders next to each other. would then heavily shift over to the side where the ball was, looking to trap the play.

However, PSG did not wilt to the pressure, making a more permanent mark on the play this time around relative to last week. The overall shot count came out far more evenly at 14 to 10 in Bayern’s favor, while the possession stats also showed they did not strangle control of the ball.

PSG owed much to Paredes in this regard. The central midfielder’s supreme technique and precision in executing short passes helped his side to evade Bayern’s counterpressing, After losing possession, a team immediately moves towards the ball as a unit to regain possession, or at least slow down the pace of the counterattack. escaping traps to tear away on the break. Neymar, too, was again at the heart of things for the Parisians. His dribbling, flair, and timing not only tormented Bayern’s defenders one on one but also helped to find the right moments to set away Kylian Mbappé in behind. 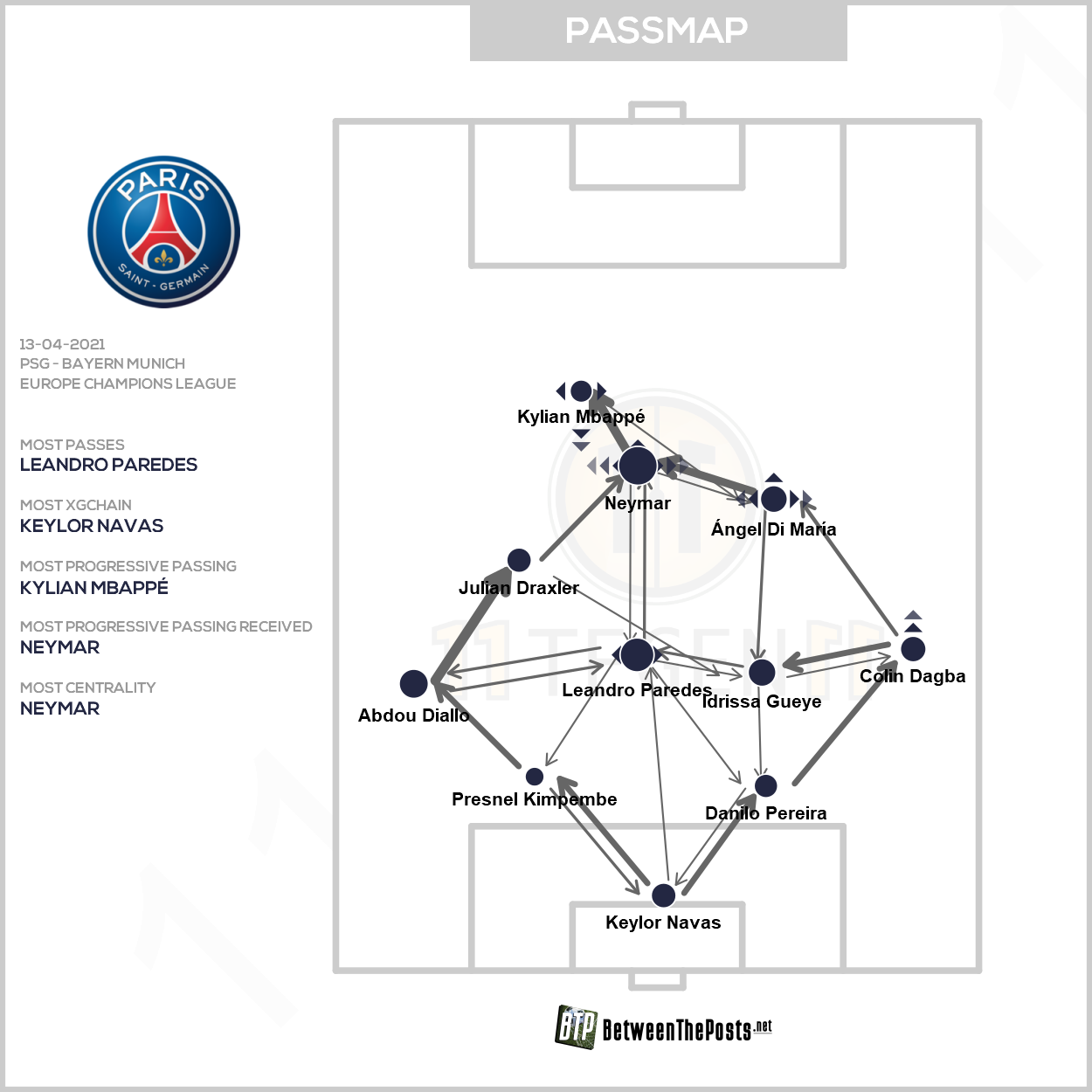 But Bayern close the deficit

Indeed, while PSG had more sustained phases on the ball, their danger on the break translated over into the second leg. While Ángel di María worked back deep into his half from the right, Julian Draxler often lurked higher on the left. As such, several of PSG’s transitions went down his side. In the 27th minute, Di María popped up on the left, sliding a through ball deep to Mbappé, who squared it across into Neymar. The star man looked to finish off the tie, but Manuel Neuer pulled off a save.

With Neymar hitting the crossbar and Mbappé grazing the post, a goal for PSG seemed imminent. Yet, in a cruel twist of fate, a role reversal from the start of the first leg saw Bayern crank up the pressure on their hosts. Drifting centrally, Neymar broke the lines before racing into the final third. Mbappé again squared him the ball, which he poked at goal, only for his effort to come off the post.

Moments later, Kingsley Coman drove down the left byline, drilling the ball into Müller, who in turn laid it off into the path of David Alaba to hammer a shot on target. Keylor Navas dived down to his left, palming the effort away from goal. But Choupo-Moting lurked on the rebound, leaping above Presnel Kimpembe to head the ball home. One goal down, one to go, and just over a half of football left on the clock. Game on.

The second half went in a similar vein. Bayern continued to probe in the final third but with too much imprecision. These offensive issues did not help the cause in terms of managing the pressure on their hosts well either, as PSG stole many second balls or loose crosses on the edge of the box, robbing the away team of their momentum.

As the minutes ebbed away, Bayern’s hopes were slowly fading. Keen to force the issue, Flick made his first change of the match. He took off Davies, putting Jamal Musiala on in his place. Musiala played in the double pivot with Kimmich, while Alaba moved to left back. The last substitution exemplified their desperation as Javi Martínez replaced Choupo-Moting through the middle.

PSG continued to hold on in their 4-4-1-1 block. Even more so than in the first leg, the Bavarians’ hunger for a goal meant that the transition was a viable option to offer relief for the backline. Di María’s ability to secure control of the ball in isolated wide zones came to the fore in this stage, while Mbappé and Neymar spurned several chances to kill off the tie.

But while the stars upfront could not finish off the job, the rearguard pulled them through. A second goal for Bayern proved to be elusive, handing PSG the reward they hoped to receive for their monumental efforts at the final whistle. 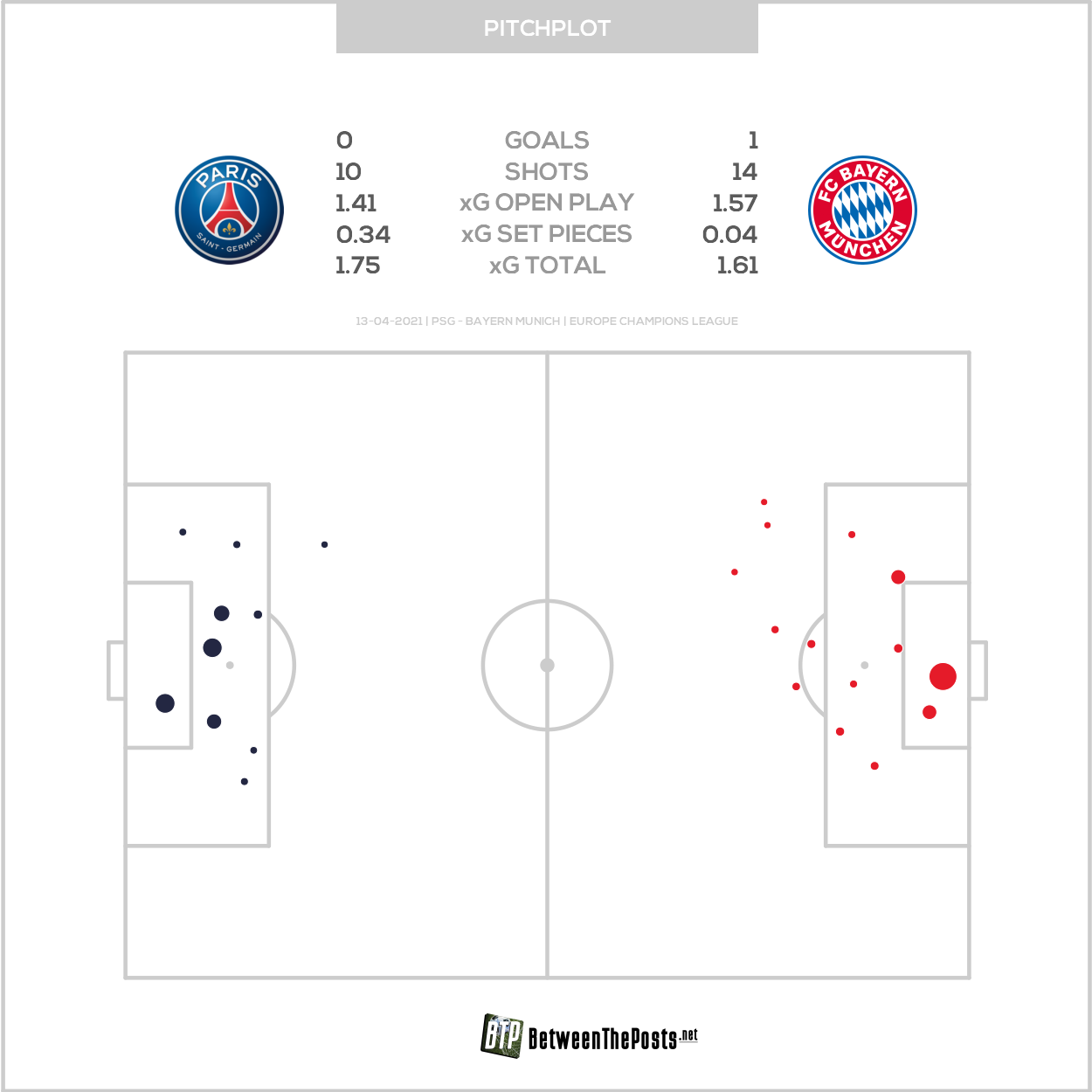 Out of the competition, Bayern will see this as a case of what could and ought to have been. Given the names missing from the side over the two legs, their sterling displays reflected how strong the team is, but the finer details often eluded them, especially in the final third. They will now look to bring the season to a satisfactory conclusion by wrapping up the league title.

Knocking out the defending champions, PSG have claimed another seminal result. As football would have it, a more balanced duel ended up with the home team losing on the night but winning the war will take preeminence. The explosive counterattacking traits that this side carries were a defining aspect of the tie, and no matter who they face, Pochettino’s men will be confident they can take the fight to their opposition. 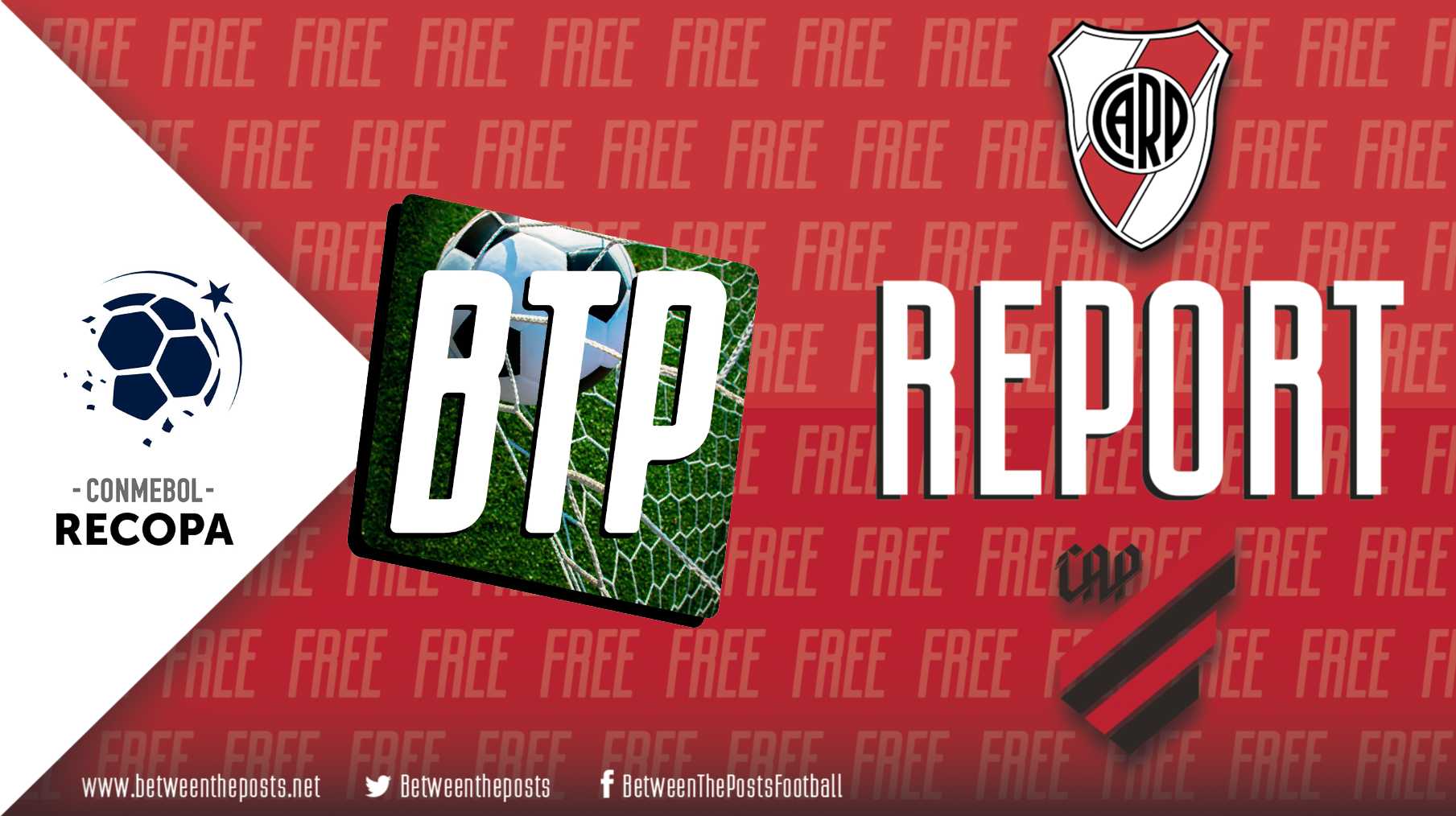