In one of the wildest matches in Major League Soccer this season, Philadelphia Union came from behind to beat fellow Eastern Conference foe New York Red Bulls. Thanks to halftime changes from manager Jim Curtin and the introduction of Brazilian midfielder Ilsinho, the Union blew apart the Red Bulls in the second half, after a lackluster first half performance.

The Union entered this game atop the Eastern Conference, having completely turned around their poor start to the campaign. Since losing two from three early on, the Union have only lost twice, scoring goals for fun: tallying 28 (second in the league) thus far. A combination of young players, and experienced Designated Players, have helped shape Philadelphia this season into a team that finally has a realistic chance of playing a deep run into the playoffs.

Alongside these changes in personnel the Union have switched to a more attacking and exciting brand of football (hence the number of goals scored). Defense is where the questions remain; the number of transitions from attack to defense that occur can often times see them caught out.

The Red Bulls have had a similar story this season to their hosts: poor to begin with, bettering the results and play as the season has continued. Similarly, much like the Union, the Red Bulls employ an attacking style of football. However, compared to their counterparts, it is marked by much higher pressing and heavy use of counterattacks. A system they have employed since the days Jesse Marsch was manager of the club. Even with star forward Bradley Wright-Phillips missing most of the season through injury, the key to their consistency in style has been through Alejandro Romero Gamarra, aka Kaku. Most of the positive play the Red Bulls create comes through the Paraguayan, and manager Chris Armas will look for more of the same as the campaign continues.

Jim Curtin opted for the 4-3-1-2 formation that has so often been the team’s hallmark: focusing their football in the central portions of the pitch. The key players in this lineup are the Bosnian holding midfielder Haris Medunjanin and Alejandro Bedoya: two players synonymous with slick football played on the ground. Eighteen-year-old attacking midfielder Brenden Aaronson was tasked with linking play to the two forwards up front Kacper Przybyłko and Sergio Santos Gomes.

Chris Armas and the Red Bulls’ 4-2-3-1 formation has two major areas of influence: the wide positions and the number ten position. Kaku is the team’s main attacking outlet, and his ability to dribble or thread passes through defenses is a primary path of their offensive organization. As well, the wingers (Daniel Royer and Alex Muyl) put in huge shifts on both sides of the ball, and can stretch defenses whenever they counterattack.

As was expected, the first half was one marked by parity in regards to the flow of the match, but not on the score line heading into the break. The Red Bulls withdrew a bit when out of possession, especially in the first ten minutes, and the Union looked to monopolize the ball. 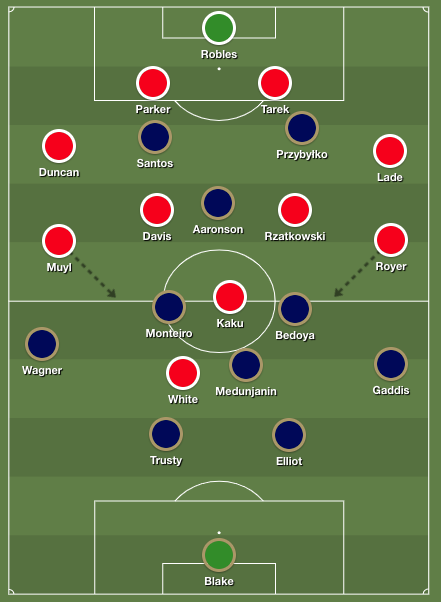 The first half shape of the Union, largely narrow and compact, helped the Red Bulls take a first half advantage.

Defensively, the Red Bulls’ game was all about forcing the Union into areas that were comfortable for them, and using it to their advantage going the other way. The midfield of the Red Bulls in particular were exceptionally energetic and focused on forcing the Union to play in areas that were comfortable: the center of the pitch. Daniel Royer and Alex Muyl put in typically high energy performances, and their ability in tracking back made it nigh on impossible for the Union to get around the press. When Philadelphia did, it largely was centered around the left side of the pitch, as Alejandro Bedoya on the opposite flank tended to come inside and combine.

This style of match suited Red Bulls’ direct style of play (not to mention the ever dangerous Kaku) and it was through this stylistic nuance that they were rewarded with two goals to end the half. The first was created following the Union losing the ball in the attacking third, and the Red Bulls flooding numbers forward. When Kaku arrived to finish past Joel Robles in the far corner, the Red Bulls had as many players in the box as the Union did defensively. The next goal was simply a long punt forward (the ultimate display of direct football) in which indecision from the Union defense and goalkeeper Andre Blake allowed Brian White to dink the ball into the back of the net. The Achilles heel of the Union in previous matches, defensive errors, was fully on show.

Tactics aside, in terms of overall quality on display, this match was extremely disappointing. The state of the pitch did not aid matters, but the Red Bulls had played it to their advantage. For such a heavy passing side like the Union, it proved difficult to overcome. 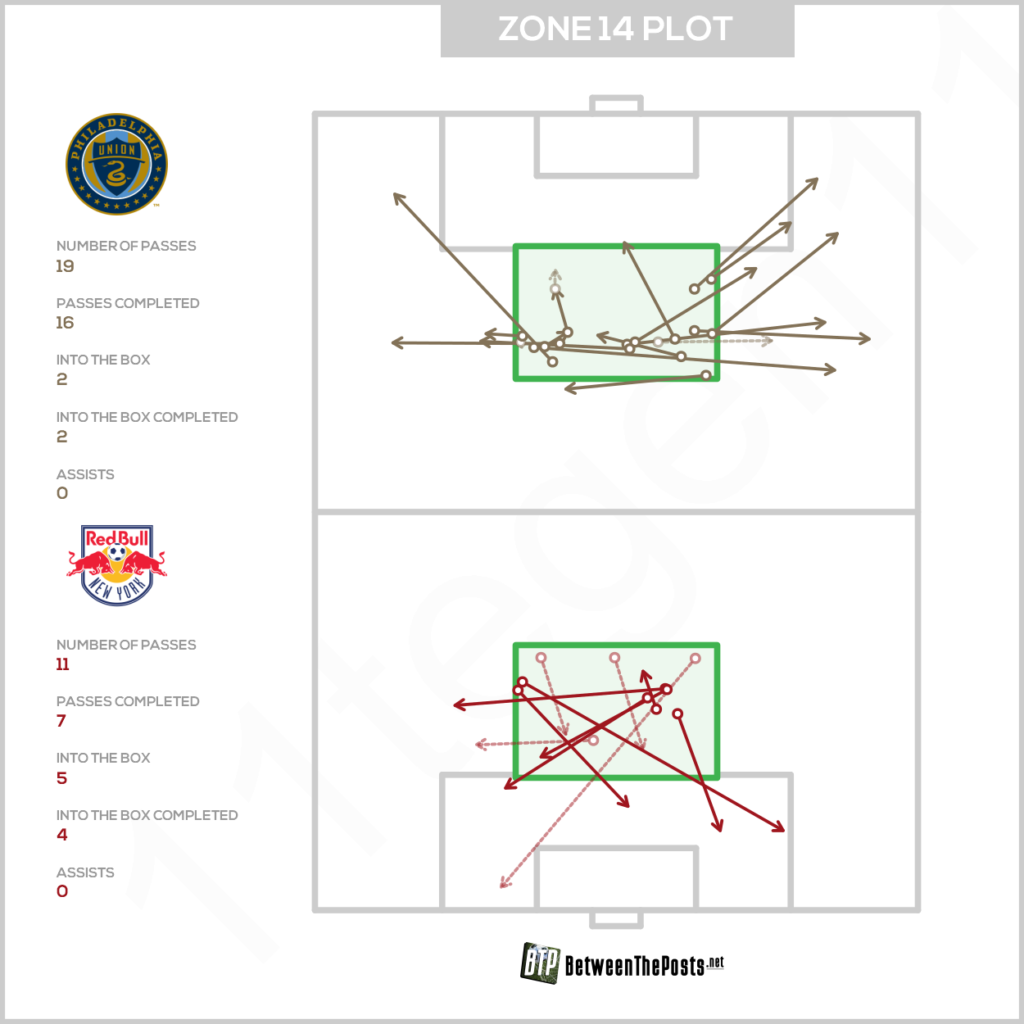 If ever a half was decided by one player, the second half at Talon Energy Stadium was such an example. Union manager Jim Curtin subbed off Brenden Aaronson – who had been playing as the team’s fulcrum centrally – and moved into a 4-2-3-1 formation where Ilsinho played wide right. Compared to the first half, this allowed the Union to have width and stretch the middle of the pitch which had been so clogged previously.

Whenever the Red Bulls pressed heavily, compared to the first half, the blind alleys they forced the Union into were simply not there. It also made counterattacking much more difficult. Previously, the space they had to go into was much higher up the pitch (often times at the halfway line). After the break, as the Union forced them deeper and deeper into a more compact defensive stance, they were now trying to counter nearer to their own goal. As a result, the Union had more time to get numbers back and properly defend. Kaku’s influence in the first and second halves were representative of this: he was integral in the forty-five minutes prior to the whistle and peripheral afterwards.

At Between the Posts, we like to think tactics are decisive in matches, yet sometimes the individual quality of a player is all you need for the match to change. The aforementioned Ilsinho – who is considered a “luxury player” thanks to his age and consistency – took the game by the scruff of the neck and in the space of two minutes brought the Union back level. In the sixty-first minute a rampaging run and a cutback from the Brazilian winger set-up a superb first-time finish from the Dutch buzzing bee Jamiro Monteiro. A minute later, attacking the same area of space on the right, Ilsinho cut in between two defenders and finished with the outside of his foot. The Red Bulls were understandably shell-shocked and never recovered, albeit for two chances that were well saved from the Union’s Andre Blake.

After the Union finally pulled ahead after Ilsinho scored on a rebound off a penalty kick (earned through Bedoya forcing a hand-ball in the box), the remaining fifteen minutes of the game were frantic to say the least, and despite the changes Chris Armas made to take risks to level the scores, they created little of note. In fact, it was only a fantastic Joel Robles save to deny Ilsinho which did not add more gloss to the scoreline for Philadelphia. 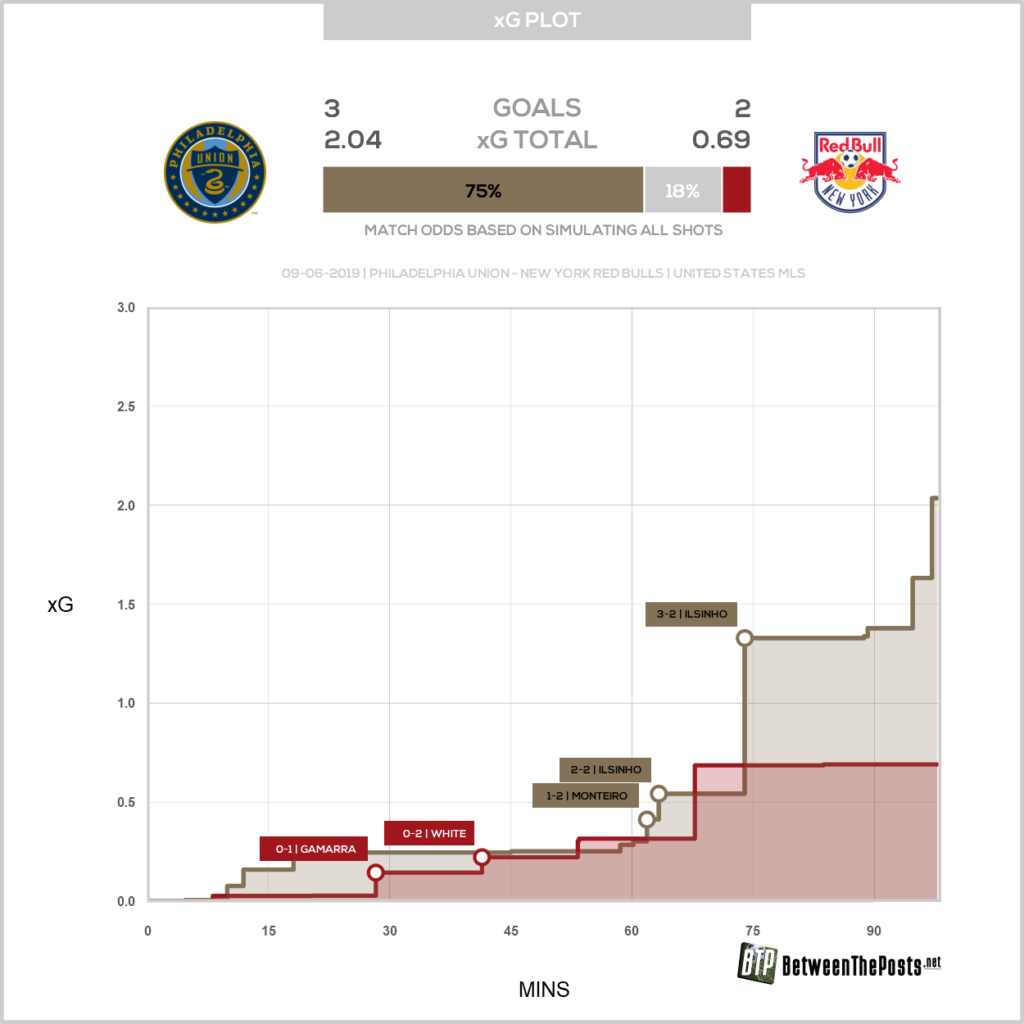 Defensively, the Union still have much to improve on. Whenever the Red Bulls attacked them in the first half of play, they acted like total strangers and were constantly pulled apart by even the simplest of key passes. As well, the defensive unit is incredibly susceptible to individual mistakes which manifested itself in the second New York goal. The positives far outweigh these negatives, however. If the Union can find a way to make themselves less predictable in possession, they have the talent to threaten any team across the league. Ilsinho off the bench is one such potential option to use to shake things up.

The Red Bulls definitely should be concerned with how they collapsed in the second half, but all things told not much should change for Chris Armas and his staff. Their high pressing style of play continues to create issues for the opposition and when players such as Bradley Wright-Phillips return, they will be able to more consistently convert the chances they create. If one area of their game could possibly be improved on, it would be their ability to drop the tempo and take the sting out of matches they are winning. A style such as theirs can be incredibly taxing and has a high level of risk and reward: it would sometimes behoove them to take the foot off the pedal and see games out. 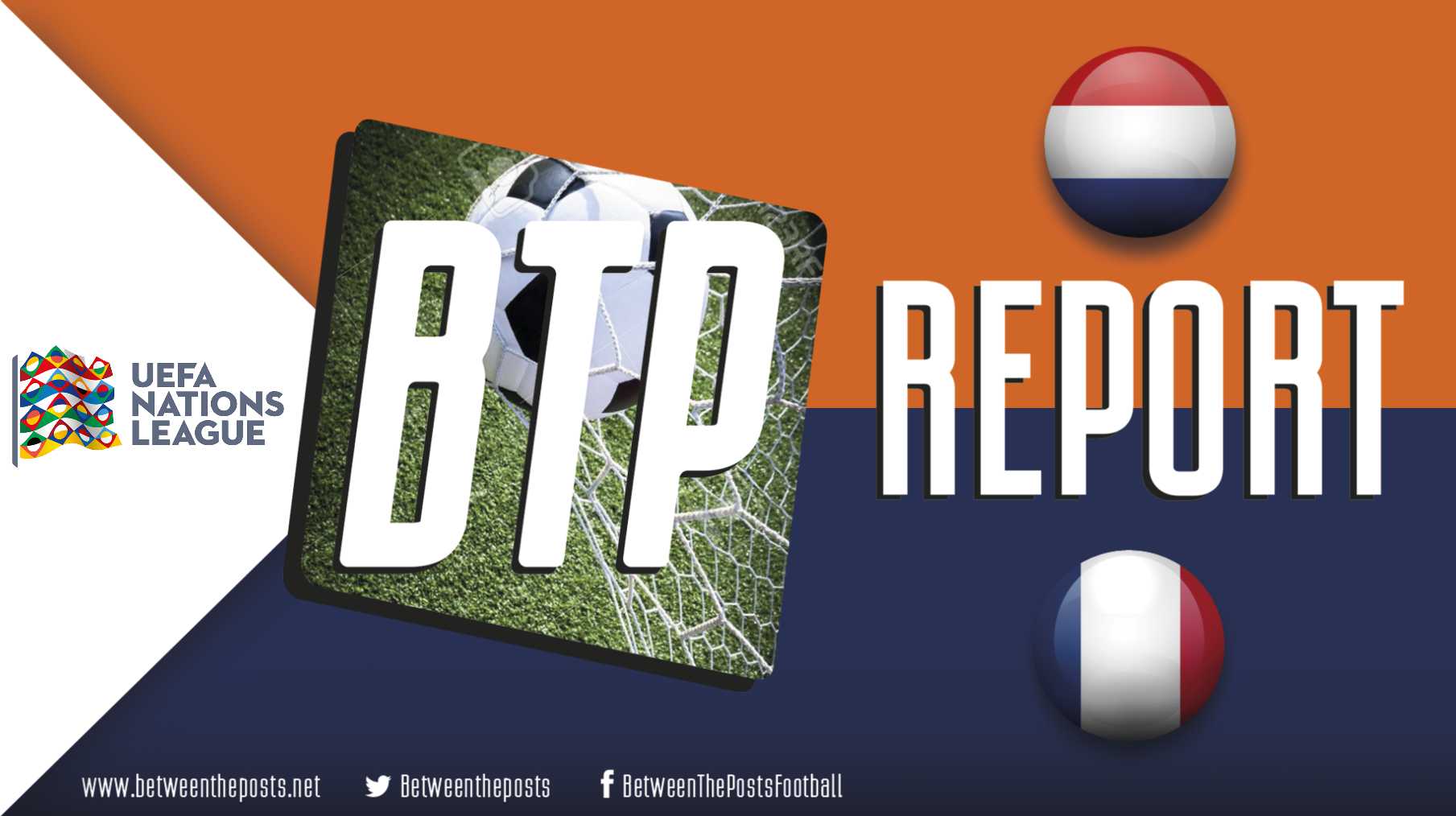