In this match, River Plate were just not able to make their deliveries stick. They controlled the match and found themselves in countless good crossing positions. Up until that point in each attack, they were cantering through Cruzeiro’s defense using expansive wide play, without stinging. Eventually, the visitors’ second half performance seemed to tip the tide back the other way.

Coming into this Copa Libertadores Round of Sixteen tie were two sides who had played contrasting amounts of competitive football in the past two months. Cruzeiro have played eight matches in that time, with the Brasileirão Série A now well under way. Not to say their spirits in the buildup to this encounter would have been too high – the sixteenth-placed side had not won a league game since the start of May, drawing four of their last five matches. River Plate’s rustiness, however, would have been the main cause for optimism as their league season will kick off this coming weekend.

From the starting eleven that defeated Gimnasia Mendoza on penalties in the Copa Argentina a week ago, manager Marcelo Gallardo made just three alterations. Franco Armani returned between the posts following international duty with Argentina; Leonardo Ponzio was replaced in midfield by Nicolás de la Cruz; Matías Suárez took over Rafael Santos Borré’s role in the front line.

Following their 0-0 draw away to Bahia, Mano Menezes was just a little bit more drastic… not one of the players that started that league match featured in the lineup for this first leg tie. Not one. Even the 4-3-3 system was switched to a 4-4-2 setup. 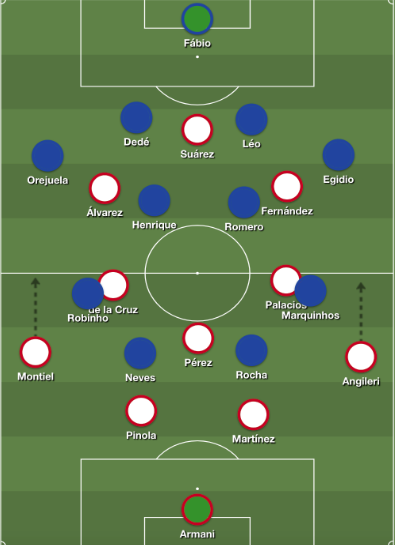 Both sides’ general setups for the match.

What began as a potentially cagy match quickly settled into a one-sided affair. To begin with, the away side illustrated some interesting attacking tactics – the wide midfielders became incredibly narrow, the shape resembling a dynamic 4-2-2-2 structure. What was most interesting about this was how interchangeable the front line was. The wide midfielders constantly rotated inside with the center-forwards moving to the outside lanes, creating disruptions in the way River tried to control their opponents.

How they did that was through pressing in the same way they attacked: by deploying a very narrow 4-3-3 formation. Its suffocating of the center meant Cruzeiro had to be ultra-precise to evade the onslaught of pressure each and every player came under. Exactly the kind of coordinated football Gallardo’s teams have become known for.

The only pattern of play that managed to inspire some sort of potential opening was when a deep ball-holder, typically either fullback, played it into the feet of the attacker, who would then lay it off for the unmarked central midfielder, as River’s six-man pressing shape did not exactly block out the center of their shape, despite their best efforts to track their men.

These occasions made for good opportunities to exploit the home side’s high line but their execution of the key passes was always lacking in the first half. In fact, there simply were not enough players testing the opposition’s defense. As smart and effective as the interchanges sometimes proved to be, they were ineffective because of a lacking threat in behind. Soon, this strategy fizzled out, as the lacking width and high intensity pressing against each Cruzeiro player made it almost impossible to find ways forward, or even backwards.

Cruzeiro cannot get a sniff of the ball

It was relatively plain sailing after this, though. River held their intriguing shape in possession, using their fullbacks as the main providers of width. Deeper and in line with the narrowed forwards were the more advanced central midfielders of the trio. They helped create triangles down both sides.

What was most impressive about their wide play was the fluidity of their positional rotations to create the openings they did. Each player was always aware of which hole needed filling and Cruzeiro could not keep up. Helped by the detached positioning of the near-sided center-back, River’s inside attackers managed to make runs through the inside channel, off the back of the fullbacks, time and time again. The disappointing aspect was simply their delivery – Cruzeiro’s extra man in the middle proved decisive in closing out the home side’s attacking options.

How they got there, though, was also important. Enzo Pérez was a key facilitator for this with his dropping movement to create a back three. This stopped there being a direct two-versus-two, which Cruzeiro’s strikers would have relished given their first half intent off the ball. The three meant that the wider defenders were not only closer to the fullbacks but that they also had so much time. With the wide midfielders on either side being constantly occupied by River’s central midfielders, they could attempt longer passes in behind for the channel runners or quickly switch play into the open fullbacks. They did this very, very often. They wanted to constantly stretch the channels to maintain the number of runs that could made in behind. 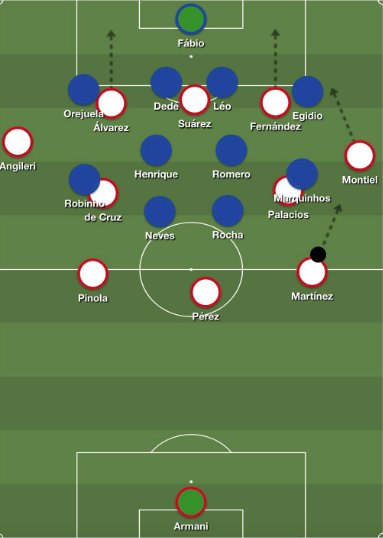 River’s attacking setup, using a back three and the inside players to make switches accessible

One of these switches nearly led to the opening goal twenty-four minutes in, as a simple switch out to Fabrizio Angileri found the left back in acres of space. He decided to whip it in early finding the head of Suárez. His decent knock-on from a fair distance out was only parried away as Ignacio Fernández came charging in for the rebound at the back post, yet could only skew it wide of the goal.

River’s dominance continued throughout pretty much all of the first half. They were just superior in every aspect. Cruzeiro’s strikers were collapsing so far in on their own midfield line that they had no way out.

With the sustained pressure came another close call, eventually, in the forty-first minute. In a routine move, River moved it wide to right-back Gonzalo Montiel; Exequiel Palacios (the near-sided central midfielder) then drew forwards and inside Cruzeiro’s midfielders, leaving Fernández wide open in the channel. After receiving the ball, he played a clever reverse pass into the diagonal run across from Suárez, whose dug-out cutback found the late-arriving midfielder, de la Cruz. His effort was more comfortably saved than the aforementioned chance.

Cruzeiro gather some more composure in the second period

It took fewer than two minutes for the away side to threaten after the restart. Replicating the same up-back-and-through move attempted in the first half, Lucas Romero did this time manage to feed a ball in behind as Marquinhos slotted the through ball in, however, the goal was disallowed for offside. An early warning sign of a change in tide, perhaps?

Not far off it. River regained some control after this, but had to do so against a tweaked Cruzeiro defensive shape, as the left-midfielder Luis Manuel Orejuela dropped deep to become a wing-back, and, on the other side, Robinho pushed up in preparation for counterattacks, as River were far more focused on attacking down the right.

All in all, the change worked. The wing-backs were getting out quickly to pressure and/or prevent switches, and the channels were now much tighter, although that took some adjustment time before we saw the best of it.

Despite the more negative shape, they looked more threatening on the break. That came down to two reasons: River players tiring and the introduction of David. The enterprising winger installed a new confidence in Cruzeiro’s attacking play and breathed new life into a stalling match. The hosts looked surprised by his driving runs through the middle. Suddenly the game was far bittier and more stretched, like in the very beginning. Although Cruzeiro were getting to the byline more frequently now, they were just as inefficient as River were. 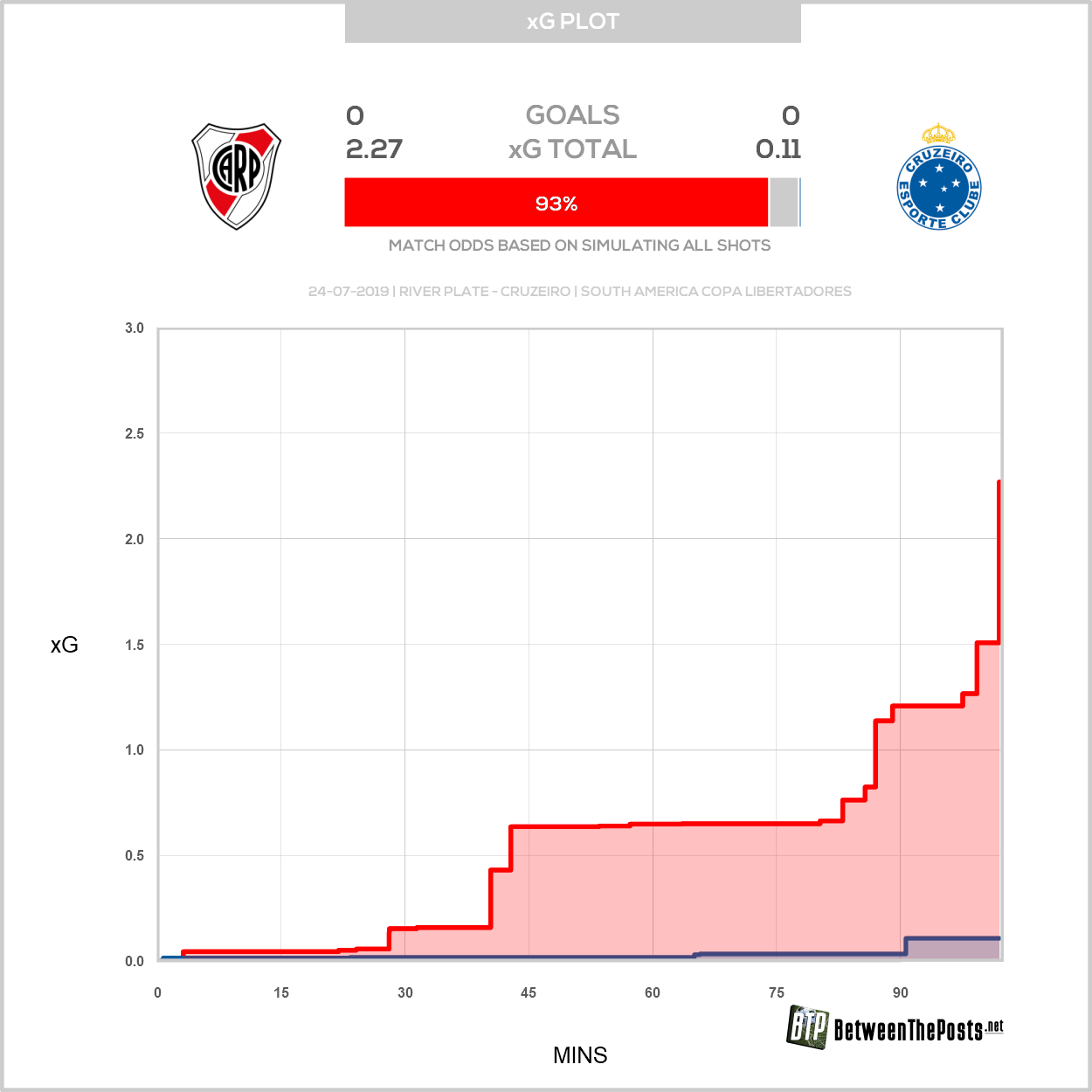 The lack of attacking quality was reaching torturous levels as we entered the very late stages, with seven minutes being added on. River mounted on the pressure one last time and were back to gaining easy access into the fullbacks’ far-sided runs due to the mental fatigue of the wide defenders for Cruzeiro as well as how deep they were, meaning balls exchanged between central-midfielders on either side were almost entirely accessible again, too.

Still, River could not find their teammates successfully. At best, one swinging out towards the edge of the box resulted in an ambitious bicycle kick that finished way wide of goal.

The drama was not to end there, though. In the final seconds, from a corner, a River player challenging for the ball was needlessly shirt-tugged. Upon VAR review, the referee awarded a penalty for the home side. So, up stepped Suárez… who blazed it over the bar. A finish fitting of the match, that had a lot to it, but just missed the excitement a goal brings to a game of football.

It is hardly surprising based on this match that one side has not started their league season yet and that one is doing poorly in theirs. River were the better side but did not have the legs, nor the sharpness of mind, to make their dominance count. Cruzeiro, however, showed far more longevity in their intensity but were ultimately lacking in quality. A 0-0 sets up an intriguing second leg next week, especially with Cruzeiro being the home side. 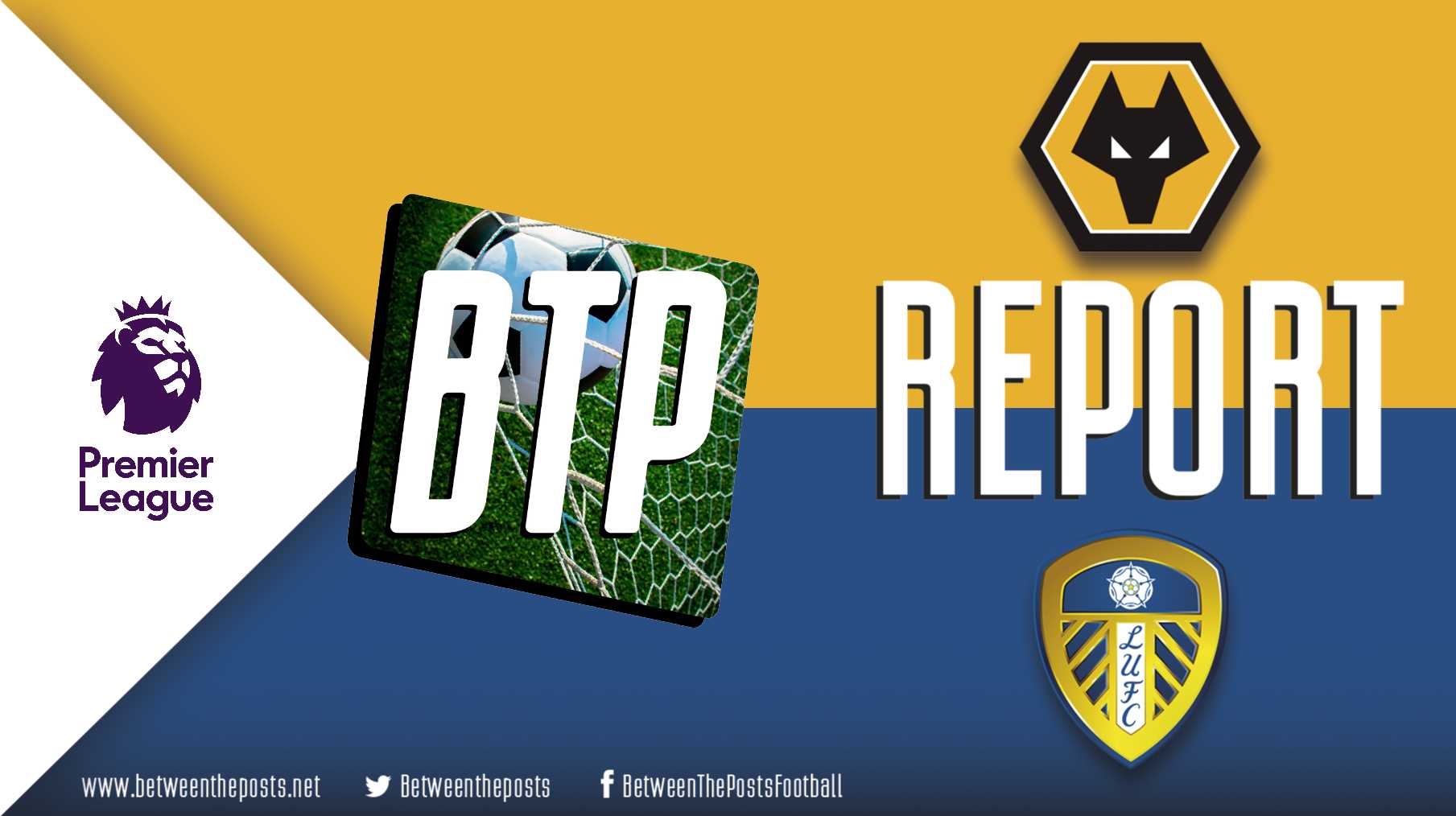 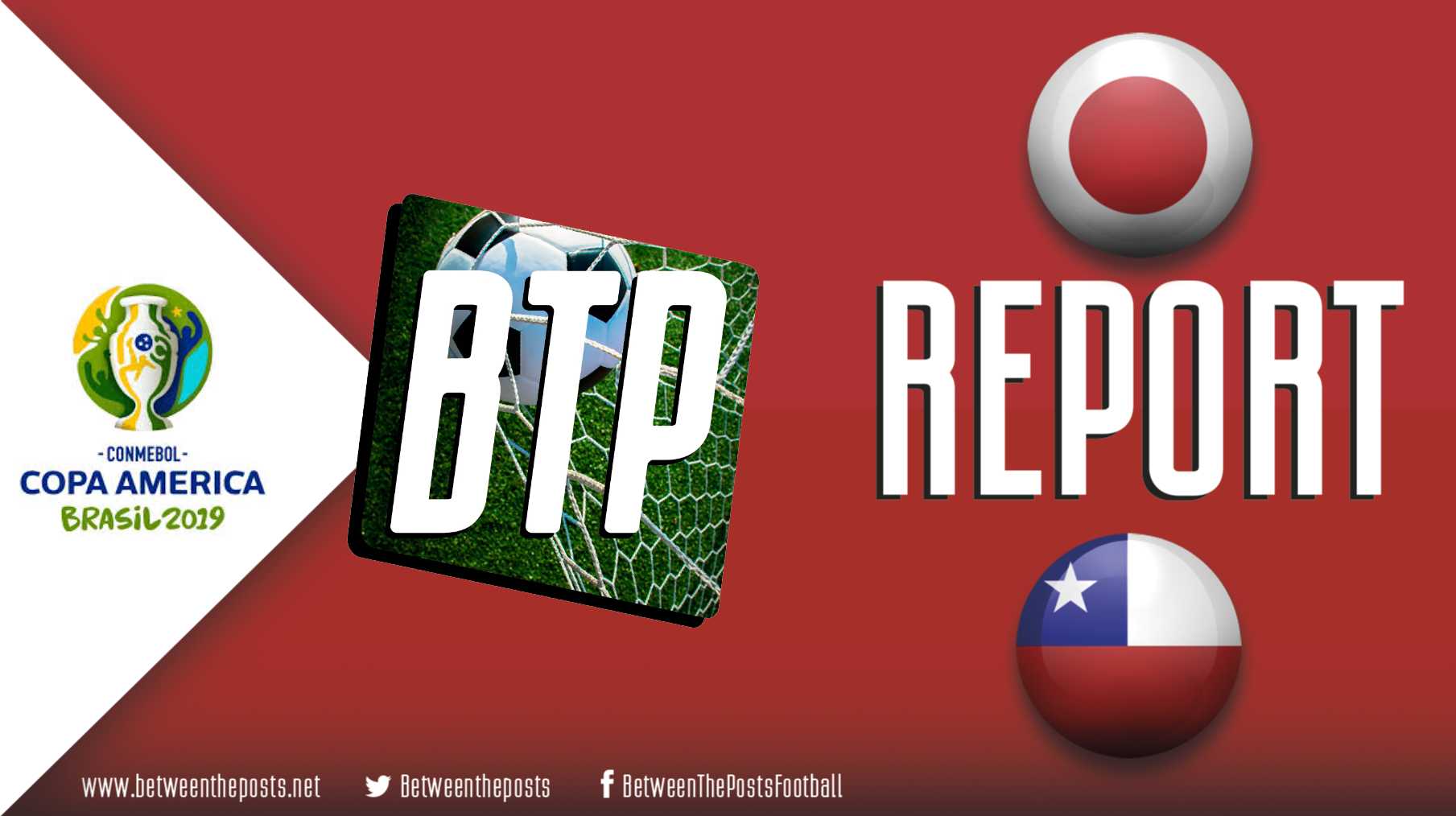