Seattle could rely on their unbeaten streak at home; when looking at the chances created in this match, it is clear they gathered a very deserved three points here. After a positive start to the game, Atlanta could not cope, as their extensive list of missing players was clearly hurting them.

The Seattle Sounders’ last two wins both came deep in injury time, showcasing character from Brian Schmetzer’s side in pursuing victory until the very end, yet also demonstrating struggles at creating high quality chances. Considering the mere four wins in their last ten outings, the negative aspect of that kind of victories outweigh the positives. If there is something that we have learned this season, though, is that Seattle’s form at home is very different than their level of play during road displays (the Sounders are unbeaten at home this season).

Frank de Boer’s team, after seemingly having found some stability, recently fell into another identity crisis. Their recent form is questionable, with one win in four matches. Despite the numerous uncertainties, performance-related and injury-wise (as they missed many crucial players), Atlanta United could still rely on a consistent goalscorer in Josef Martínez and his twelve goals in sixteen games.

Both coaches fielded a 4-2-3-1 shape, with the home side starting Stefan Frei in goal, protected by the backline composed of Kelvin Leerdam, Román Torres, Kee Hee Kim and Bradley Smith. Ahead of them featured Gustav Svensson and Cristian Roldan in the double pivot, whilst in attack Jordan Morris, Nicolás Lodeiro and Harrison Shipp supported striker Raúl Mario Ruidíaz.

Atlanta’s possession game started off quite strong, with the visitors controlling the early stages of the game thanks to some good buildup patterns and decent counterpressing. After losing possession, a team immediately moves towards the ball as a unit to regain possession, or at least slow down the pace of the counterattack.Against the Seattle Sounders’ 4-4-1-1 / 4-4-2 medium block, A medium block refers to a team that retreats in their own half out of possession, generally only disrupting their opponents some way into their own half. Frank De Boer’s team created space in the halfspaces If you divide the field in five vertical lanes, the halfspaces are the lanes that are not on the wing and not in the center. Because there is no touchline like on the wing, players have the freedom to go everywhere. But this zone often is not as well-defended as the very center. This makes it a very valuable offensive zone to play in and a lot of chances are created by passes or dribbles from the halfspace. by positioning the fullbacks high along the touchline, virtually as wingers.

This way, already in numerical superiority against the opposition’s front two, Atlanta’s center-backs and defensive midfielders could use the space around them more effectively and create openings to carry the ball into midfield. The center-backs therefore generally played the first pass forward into midfield. The closest Seattle midfielder would then step out to press, leading to a wall-pass after having moved into space; this way Atlanta would sometimes open a gateway to progress the ball. 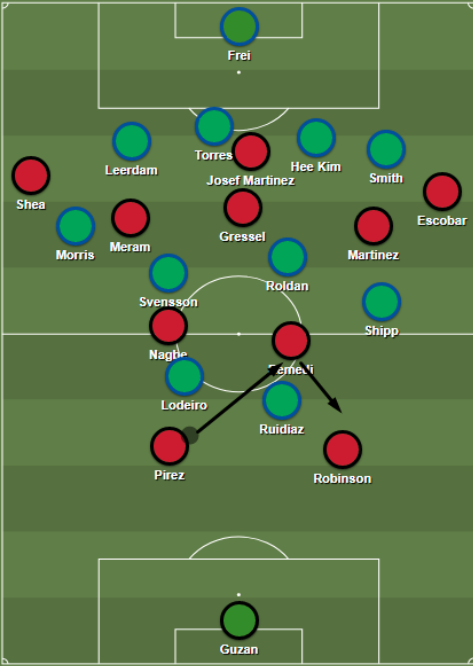 To create space for the center-backs, one of the pivots could also drop between the two defenders, drawing the opposition’s first line inwards.

Once the home side had been pushed back and the dispute for possession was won by Atlanta, the central defenders would immediately look for the fullbacks, high on the touchline, with long diagonals.

The involvement in buildup mainly came from the defenders, as both holding midfielders were in charge of switches of play and inviting midfielders out of their line by receiving with their back to goal. Another interesting role from Remedi and Dagbe saw them involved in collecting second balls from deep after long balls into the forwards by the defenders. The direct approach was usually consequential to the fullbacks staying low, in order not to expose the backline in case the opponents won the second ball instead.

However, these possession spells did not lead to any chances because Frank de Boer’s team was not able to reach key players in more central areas due to lack of connections from wide areas. 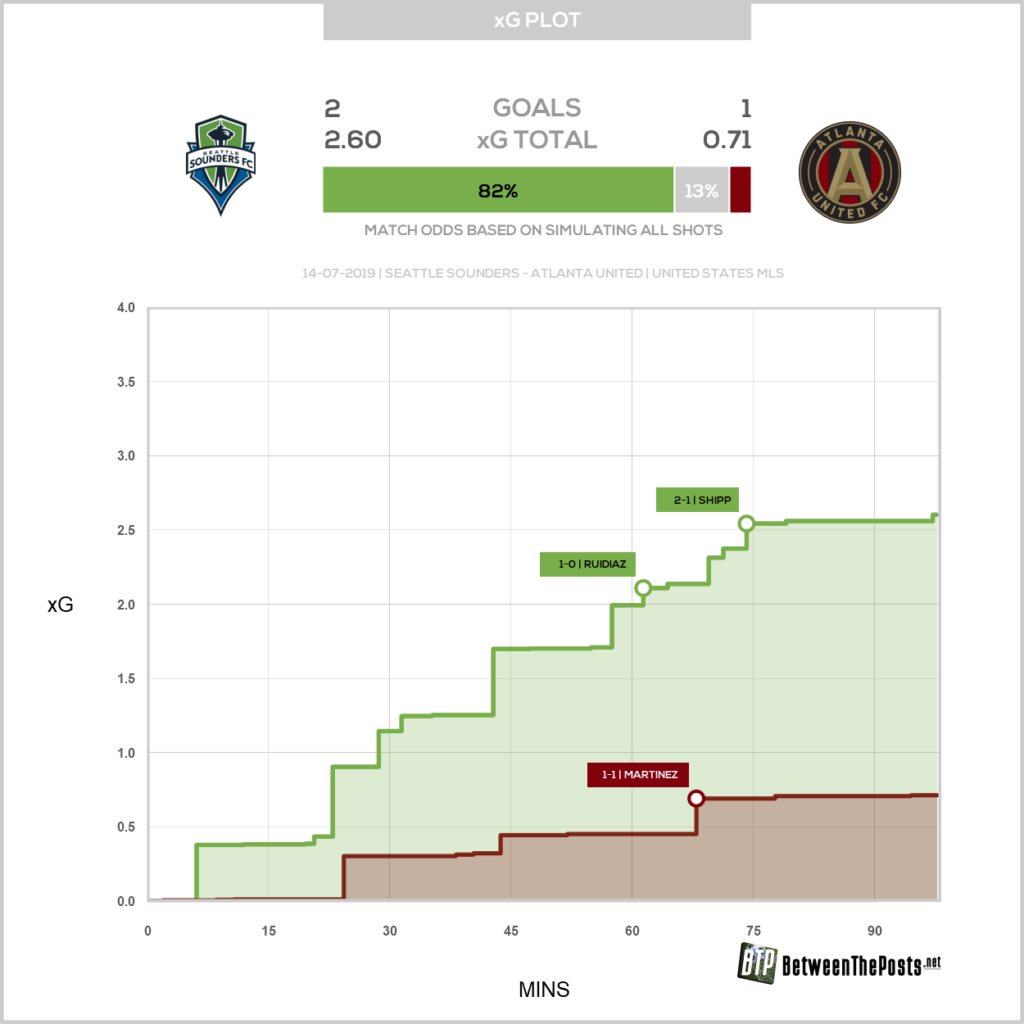 As displayed in the plot above, Atlanta failed to create quality chances in the opening stage.

Atlanta’s man-oriented pressing when Seattle was in possession in deep areas was not too aggressive, at least on the ball carrier, however, it cut out all of the immediate passing options and thus consistently forced Brian Schmetzer’s side long.

Seattle grow into the game

Both teams had wing-oriented approaches focused around the principles of width and depth, which translated practically into drawing the opposition’s defensive system’s attention to the ball and freeing the far side. Atlanta used a more long-winded approach to achieve these principles, whereas Seattle’s was direct, through third man combinations A passing combination between two players, while a third player simultaneously makes a run, usually in behind the opponent’s defensive line. After the initial combination, the ball is quickly played in depth for the third player to run onto. or long balls from deep.

As the game opened up near the end of the first half, Seattle started growing into it, building up less frantically and finding their options between the lines thanks to the forwards’ dropping movements, which would free passing lanes from wide and draw the opposition center-back out. Consequently, Atlanta’s backline would have to adjust, opening space out wide that could be exploited by Seattle’s tireless fullbacks, especially Smith.  Atlanta’s man-orientations in midfield played a part in allowing the home team to find pockets of space between the lines. Whenever Seattle’s pivots dropped deep, at least one central midfielder would be attracted, creating large distances between the second and last line with no midfielders defending, or in the best-case scenario, only one. This was one of the downfalls of Atlanta’s pressing that was exposed more frequently as the game went on.

Second half: Seattle take it thanks to better pressing

The second half was no different from Seattle’s performance against the Vancouver Whitecaps. A poor start followed by progressive improvements that turned into sheer dominance for large parts of the second half. 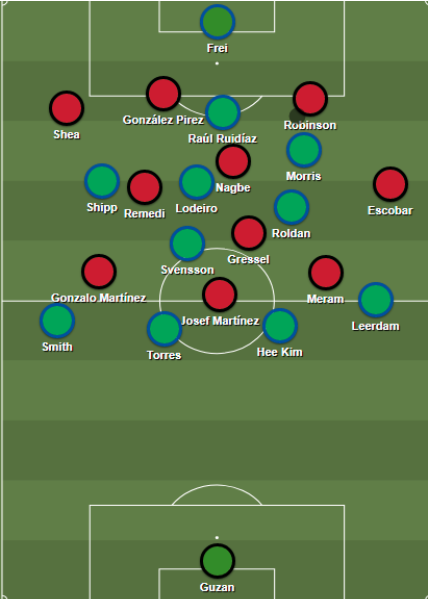 Seattle’s second half high press, an important part in their rise into the game

Due to a rather wide staggering in possession intended to stretch the opponent’s lines, the Sounders were not able to apply any sort of counterpressing, which often left them exposed on counterattacks and therefore still allowed Atlanta to potentially (they were quite wasteful on the counter) create chances.

Atlanta’s pressing intensity dropped off throughout the second half, though, which eased Seattle’s rise into the game as the ball-carriers would have more time and space to make decisions. Even the tireless backwards pressing from the center-forwards, a key asset in the first half, started fading, so Seattle could  control possession easily. This lack of aggressiveness against the ball eventually led to the first goal, where Cristian Roldan was given time to assist Harrison Shipp.

Despite the adversities, Atlanta were still able to bounce back from a corner goal by their driving force Josef Martínez, who single-handedly put the score level after 65 minutes. However, given how the half had developed up to that moment, it was hard not to expect the Sounders to control the rest of the match, if not take the lead again. They started barraging Atlanta’s box, easily picking up second balls and continuing to attack again. They would soon be rewarded, as shortly after the equalizer, Harrison Shipp put his team back on the front foot following a successful pressing action and a typical cross to the far post. Atlanta were not able to put together a successful offensive surge after that, meaning Seattle, once again, kept the three points at home.

As has been the case so often this season for Seattle, this was a game of two halves. From the early Atlanta dominance to the slow growth in the first half from the home side, up to the dominance in the second half. As the possession stats show, with 61% of it controlled by Brian Schmetzer’s men, Atlanta was not able to overcome their opponent’s pressing and game plan in possession: quick combinations to find the free man in depth.

Both teams displayed frailties in their defensive strategy, which were not taken advantage of enough, but the best side on the day deservedly won considering the way the game evolved and how Frank de Boer failed to react to the pressure his side was put under.

Now, with one point separating them from second place, and two games in hand, Seattle have the chance to bounce to second place as they await playoff season, watching from afar their history making competitors Los Angeles FC, who sit eleven points ahead and are currently definitely out of reach. 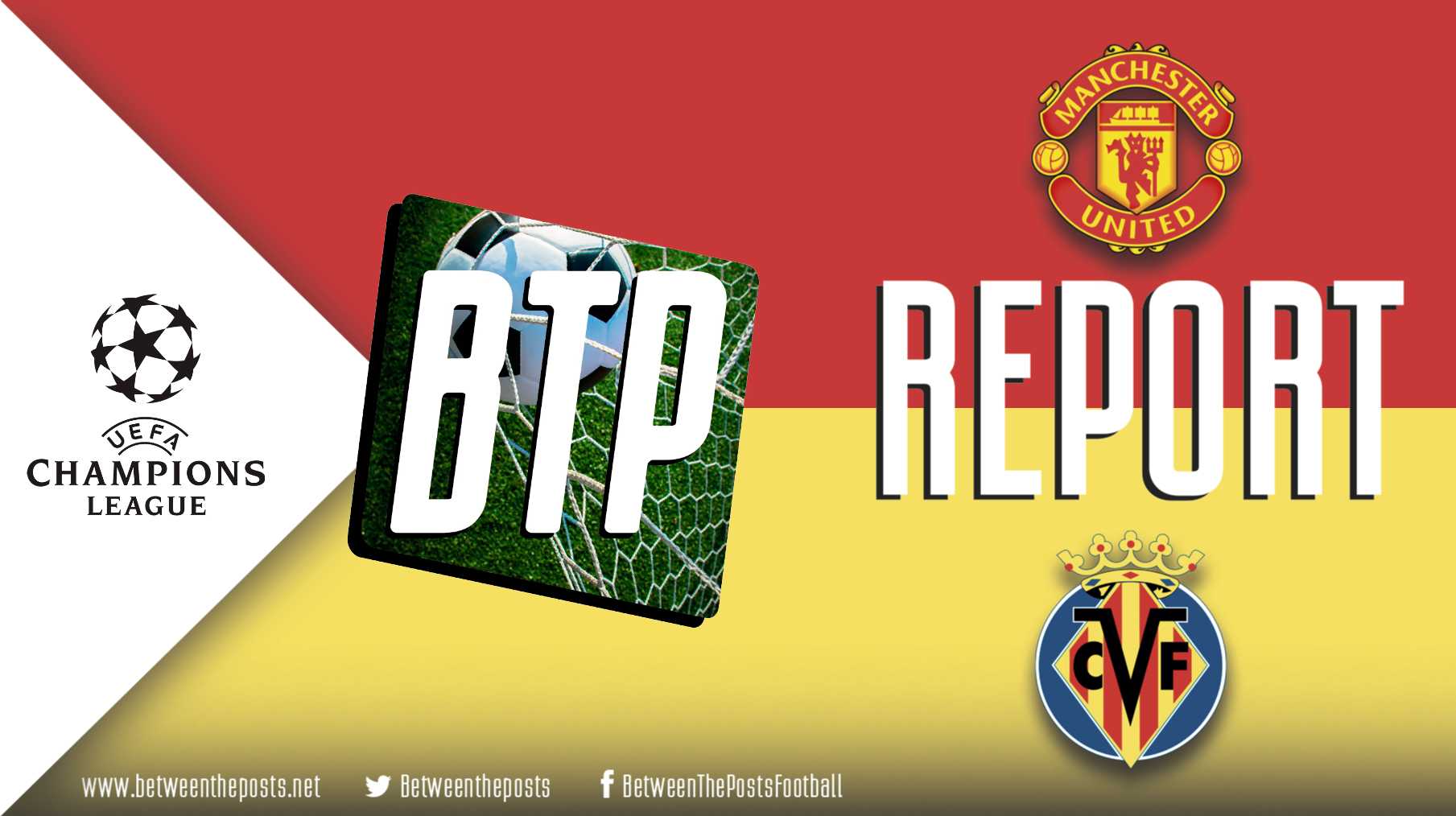 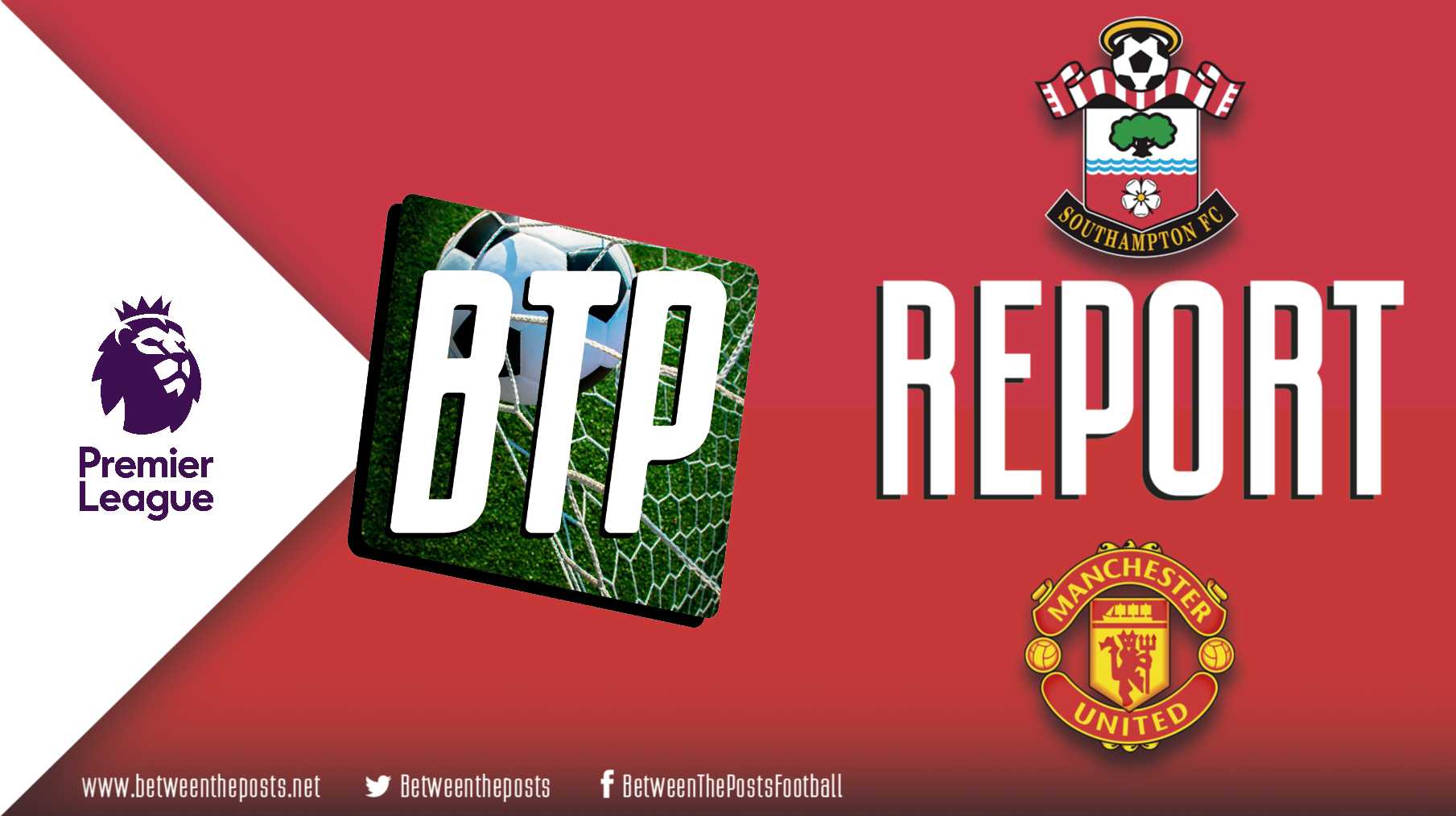