Spain’s matchup with Sweden pitted two sides on either end of the tactical specturm. Spain notoriously thrives on the ball, while Sweden is renownedly resolute without it. In a ninety minute drill of attack versus defense, only one team looked likely to score for the most part. But in the end neither outfit could muster a killer instinct in the final third, producing the first goalless game of the tournament.

Group E seems to be a formality, but the outcome may not be so cut and dry from the outset. Spain are the outstanding favorite on paper, but tricky tactical conundrums await this team.

Luis Enrique has stamped a strong identity on his Spanish outfit. Dominance in midfield, structure, and stability is the name of the game. But with strengths come weaknesses and – in Spain’s case – a lack of a knockout punch. Their ability to control the flow of games should not be in doubt, but the task in this group stage of the tournament will be to turn their dominance into clear cut chances and goals.

Sweden could offer up an ideal matchup to test Spain’s guile, or rather the lack thereof, in the final third. The one-third of the pitch that is closest to the opposition’s goal. A simple, direct plan on the ball, and a stern block without it saw the team get to the quarter-final stage of the 2018 World Cup. Janne Andersson is still at the helm and has not strayed away from this winning strategy. So the question would be: had Spain learned their lesson from the struggles of years passed?

Enrique set Spain up in their usual 4-3-3 system. Since Sergio Busquets missed out due to his positive COVID-19 test, Rodri stepped up to fill in at the base of midfield. Pedri got the nod to his left, making just his third start for Spain. Other notable team news saw the manager opt for the same center-back pairing of Aymeric Laporte and Pau Torres that began the team’s last friendly against Portugal.

Andersson lined up his players in a 4-4-2 shape. Without the services of Zlatan Ibrahimović to call on, he used Marcus Berg as the striker in support of Alexander Isak. Emil Forsberg was the main creative threat from the midfield, while Victor Lindelöf can sprinkle quality on the ball from the back. But in a lineup where stars are scarce, this collection of players aimed to be more than the sum of its parts.

As one might expect, Spain looked to impose their control of the ball as soon as possible. Indeed, Enrique’s men monopolized possession: 84% at the end of the first half. The Swedes defended deeper, dropping off into a compact 4-4-2 setup, forcing the home team to try and break down their block.

Not only did the guests choose to engage Spain in their half of the field, but they also had a clear plan in their shape. The front two kept a close distance to the midfield, shielding Rodri. Both the wingers then tucked inside, guiding the ball outside to the flanks. From here, they could either look to pin the ball circulation out wide or create pressing traps A pressing trap is a predefined plan to leave a particular player or zone open, to invite a specific pass. Upon a pass to that player or into that zone, a rapid coordinated team press on that player or zone is exerted. inside the front block of six players to turn over the play.

Enrique’s men continued to probe at the visitors’ half as the half went on, using their usual structures to try and find solutions. If the central defender on the ball had space to drive into, the midfielder on his side of the ball moved higher between the lines. The fullback and winger to his outside frequently stayed wide, while the other central midfielder dropped off next to Rodri.

The fullbacks, central midfielders, and wingers would also rotate with each other on each flank. To the right, Koke would regularly drop off to pick the ball up from Laporte. Marcos Llorente would then move inside from the touchline to the halfspace, If you divide the field in five vertical lanes, the halfspaces are the lanes that are not on the wing and not in the center. Because there is no touchline like on the wing, players have the freedom to go everywhere. But this zone often is not as well-defended as the very center. This makes it a very valuable offensive zone to play in and a lot of chances are created by passes or dribbles from the halfspace. while Ferran Torres stayed high and wide on the flank to keep the breadth in the structure.

From here, each of the three players aimed to bring their strengths to the attack. Koke could dribble forward to engage the midfield with two options ahead of him. Llorente would then look to make his usual dynamic underlapping Underlap means that the full-back joins the offensive play by playing on the inside of the winger he supports. This is the reverse of an overlap, where the full-back plays on the outside and the winger moves inside. runs into the channels, and Torres found himself in situations where he could drive inside directly with the ball. 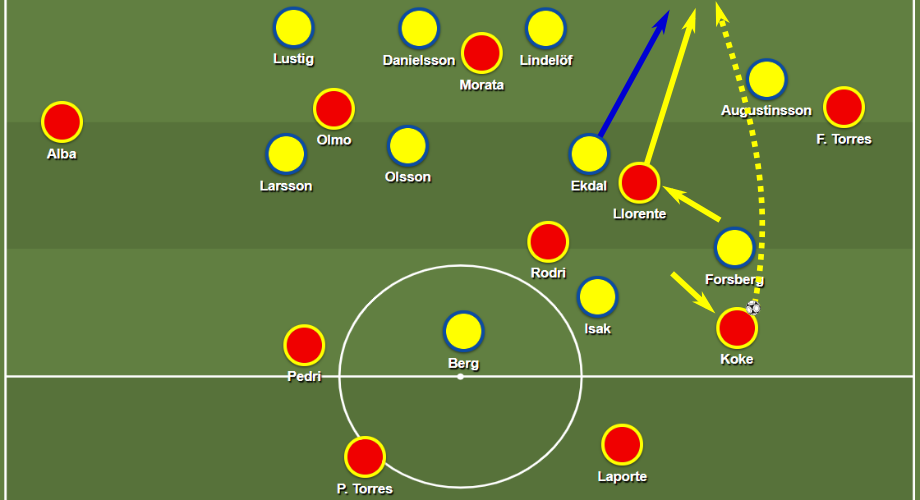 8th minute: Koke drops off in the right halfspace, while Llorente inverts and underlaps. Koke looks to find the right back in behind while Albin Ekdal looks to track the run and absorb Spain’s main threat.

To the left, a more common rotation took place. As Pedri dropped off to receive from Pau Torres, Jordi Alba moved higher up the flank. Holding the width on the sideline, he allowed Dani Olmo to move inside to the halfspace If you divide the field in five vertical lanes, the halfspaces are the lanes that are not on the wing and not in the center. Because there is no touchline like on the wing, players have the freedom to go everywhere. But this zone often is not as well-defended as the very center. This makes it a very valuable offensive zone to play in and a lot of chances are created by passes or dribbles from the halfspace. and between the lines.

Jabs without the final blow

But, for all of their territorial dominance, Spain could not break down the Swedish rearguard.

At times, the players away from the ball were guilty of not offering enough depth in the final third to attack the box. The attack in the final third again also featured few alternatives to passes down the channels. To this end, many waves of pressure would end up stuck on one flank, and Spain’s threat fizzled out. 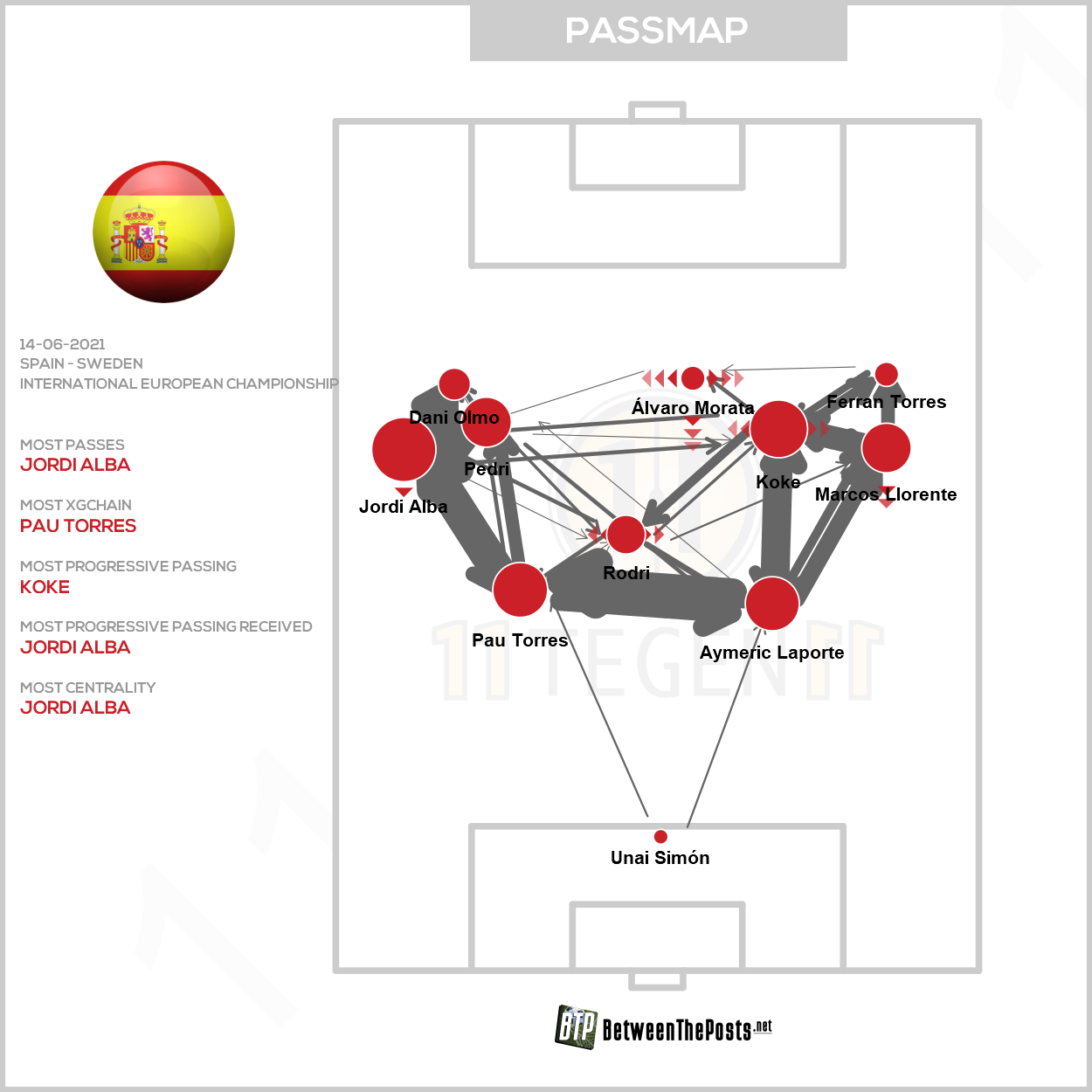 Sweden looked content to sit back and play for a draw, leaving it up to a rare mistake at the back to offer Spain a way forward. In the 38th minute, Alba dug out a clipped pass in behind, looking for Morata. Marcus Danielsson looked to cut off the option but misjudged his control, gifting the striker a gilt-edged chance just inside the box. Morata’s shot beat Robin Olsen, but went wide of the post, spurning Spain’s best chance of the game.

Though Spain struggled for chance creation, their stability stayed intact. Controlling most of the play, they denied Sweden virtually any spells on the ball in the first half. They were also able to control the transitions well and manage rare threats on the break. That said, three minutes on from Morata’s chance, the visitors nearly broke the deadlock.

From Olsen’s punted long ball, Berg flicked a pass in behind to Isak. The striker bore down on goal, bringing the ball under his spell, and chopped away from Laporte to find a shooting lane inside the box. His firm effort beat Unai Simón but struck Llorente, deflecting the ball onto the post and fortuitously back into the gloves of the goalkeeper.

In the 60th minute, Isak nearly made the difference once more.. Playing a line-breaking pass into Berg, who linked up with Forsberg, he picked up the ball again on a rare transition. Wriggling away from markers in the box, he drove a ball into his strike partner, who blazed it over the crossbar from close range.

Apart from Berg’s missed chance, the second half went in the same vein as the first. Spain continued to control proceedings without being able to break down their guests. As such, with twenty-five minutes left to go, Enrique made a double substitution.

Thiago replaced Rodri, sitting in at defensive midfield. The other change saw Pablo Sarabia come on in place of Morata. He played on the right of the front three, shifting Torres inside to the center-forward role. Further changes saw Olmo make way for Mikel Oyarzabal on the left and Gerard Moreno enter the fray as the point man through the middle.

However, it was a player already on the field that came to the fore towards the end. Pedri continued to drop deep to pick up the ball, but he ended up becoming even more of a protagonist. Twice he found Alba behind Sweden’s backline, inviting the left back to tease the ball back across the face of the goal.

One such situation saw the ball find its way to Sarabia, who could not sort out his feet before it deflected off of him and into Olsen’s grasp. Three minutes earlier, the right winger had swung a menacing cross into the box, finding Moreno. The striker flicked a header towards the goal but could not beat the goalkeeper either. 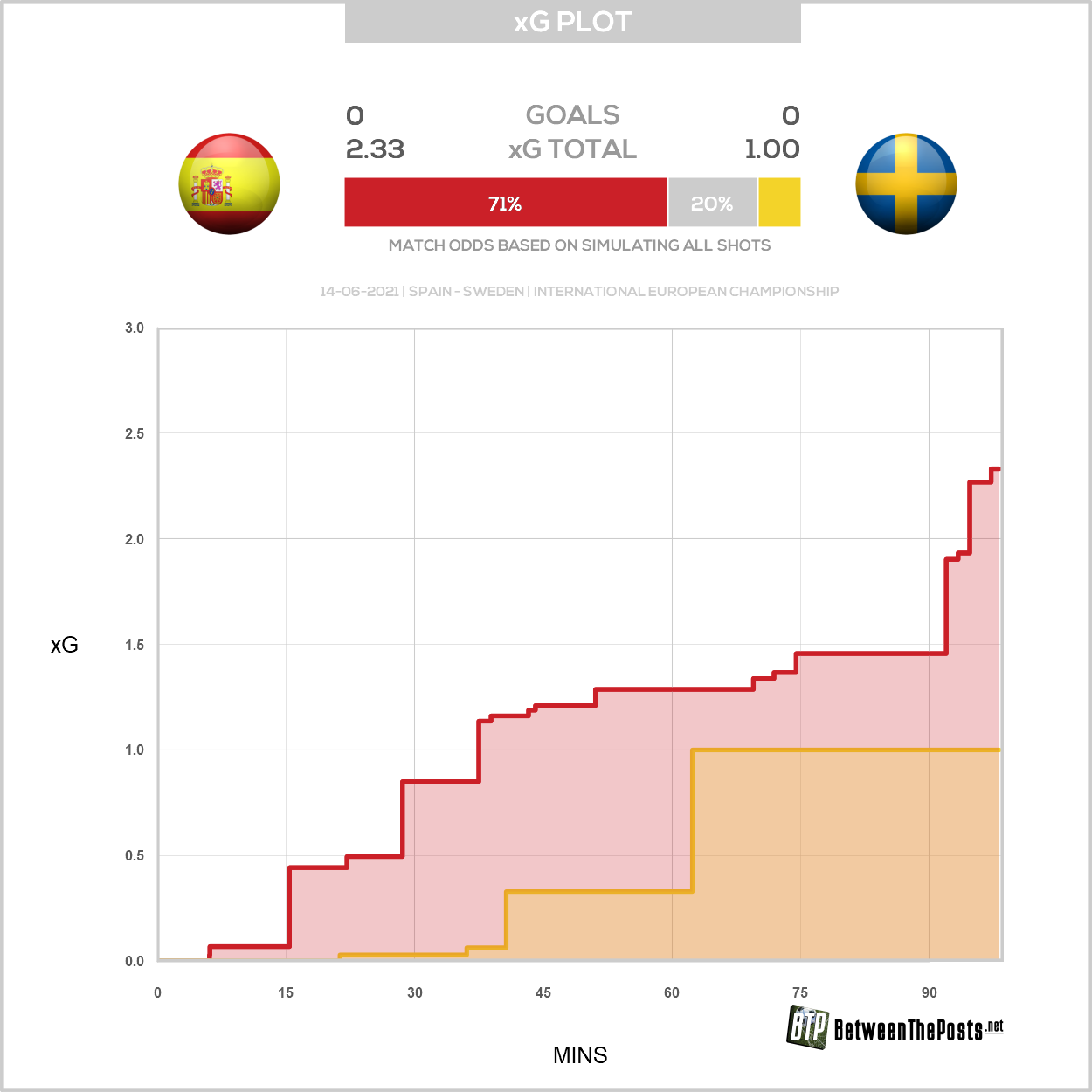 It is all too easy to accuse Spain of playing with possession without purpose, given the dominant game state. Though they rode their luck at times against the threat of Isak, it was a fleeting one at best. This display was one that leaves both room for improvement and positives to take away as Enrique’s men prepare to take on Poland on the weekend.

Sweden took an ideal strategic approach to shut down the home team, and so it proved. Executing both a deep and well organized block, they even had chances to steal all three points. Andersson’s men can retain confidence in their stable base off the ball and will look to win when they face Slovakia next time out. 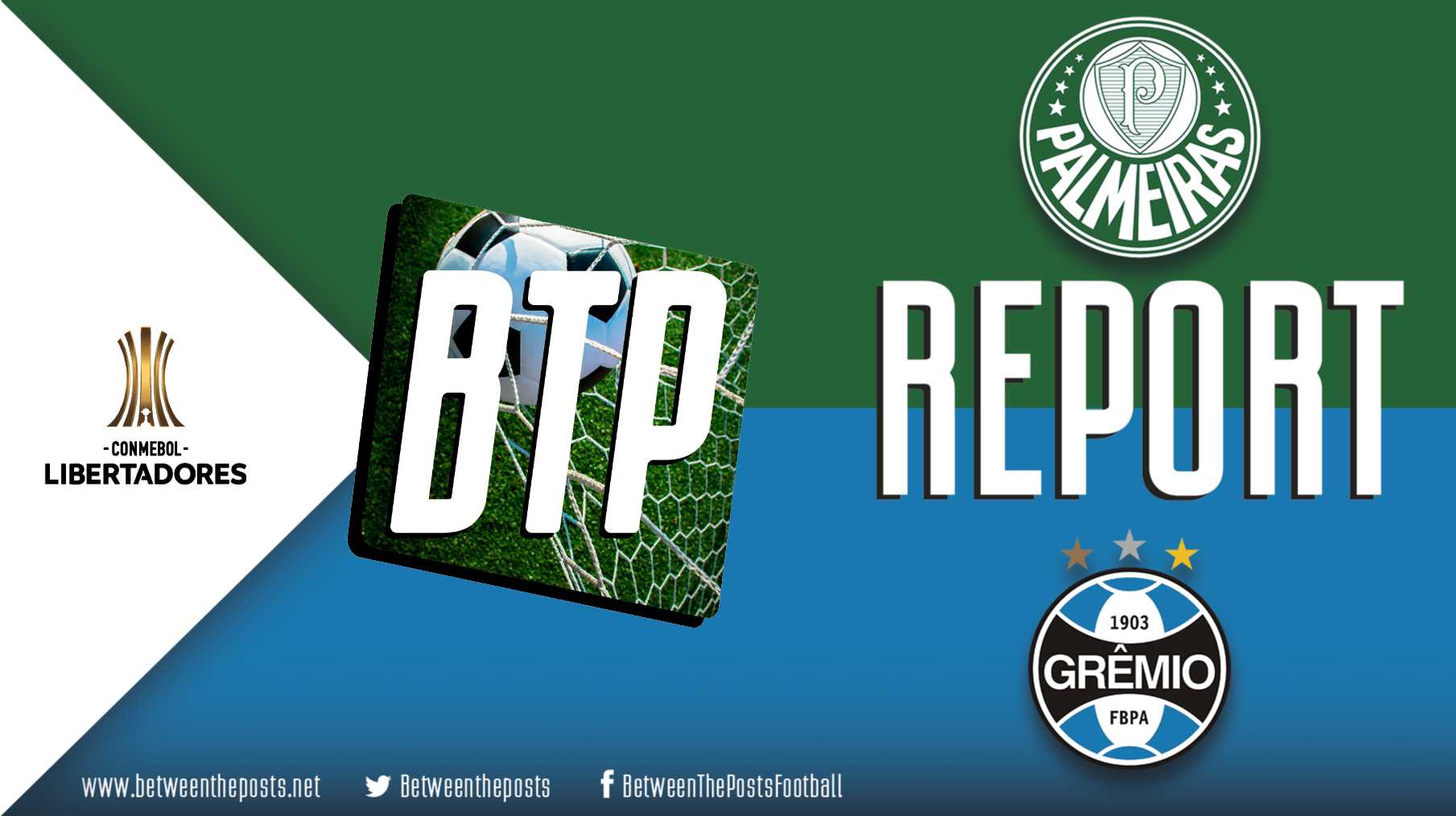 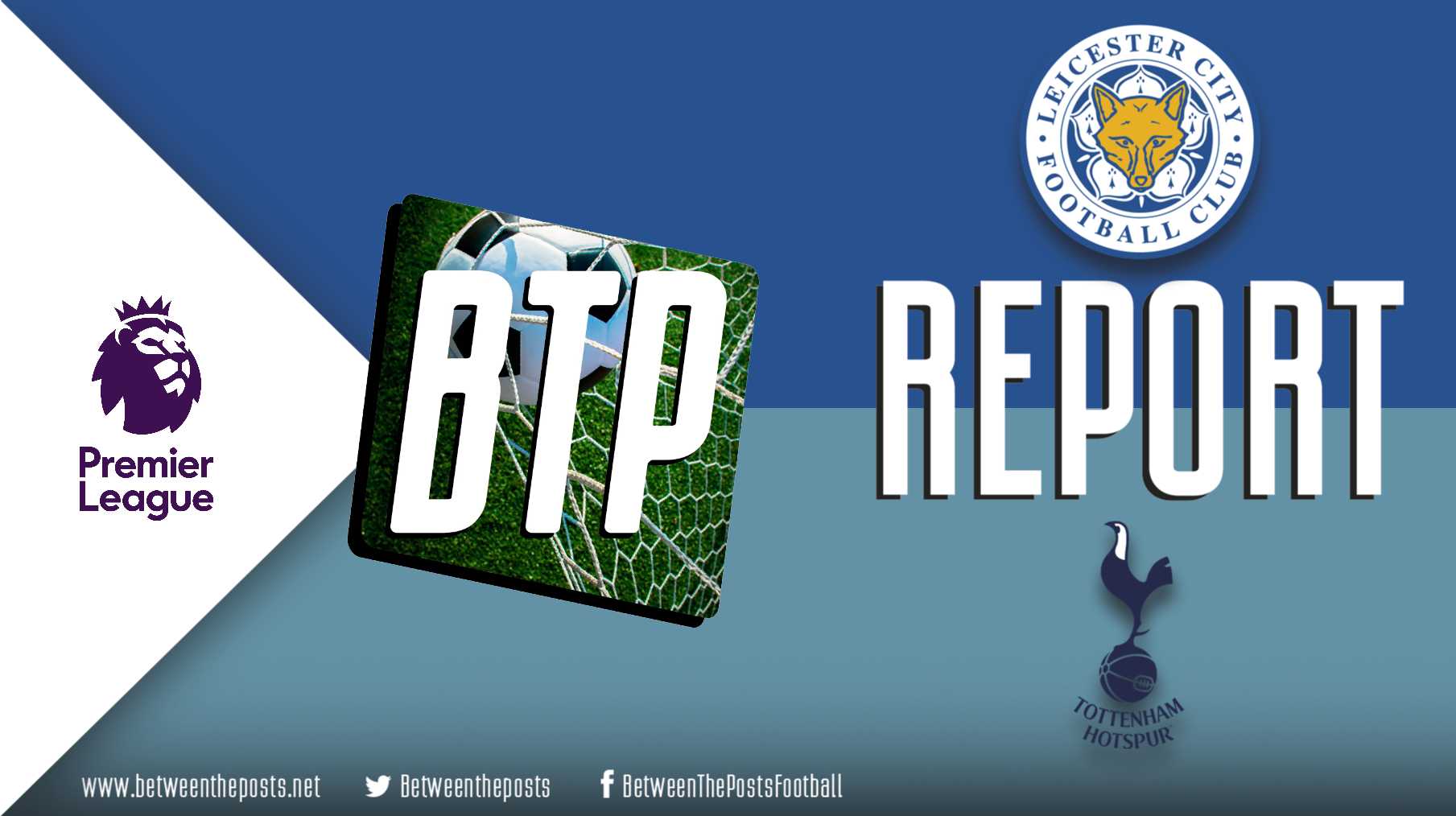