Uruguay outshot Peru and created a number of goals that were just called offside, only to lose in the penalty shootout by the narrowest of margins. Tournament football!

Uruguay and Peru could not have entered the Copa América quarter-finals in more different ways. Uruguay topped Group C, displaying their disciplined, combative style without the ball and aptitude for attacking in a direct manner. Peru, meanwhile, snuck into the knockouts after barely attaining a third-place spot in Group A. They managed a draw and a win in their first two games, but were thrashed 5-0 by Brazil in their third, demonstrating the gulf in quality between Peru and Copa América’s elite.

Thus, Uruguay entered the match as the strong favorites. Not only did they have the better form, but they also possessed star strikers Edinson Cavani and Luis Suárez, who had both hit their stride quickly in the group stages. Unsurprisingly, coach Óscar Tabárez selected both players in his starting eleven, supporting them with a midfield four consisting of: Giorgian De Arrascaeta, Rodrigo Bentancur, Fede Valverde, and Nahitan Nández. Tabárez anchored his defense with the reliable pairing of Diego Godín and Jose Giménez, and flanked them with fullbacks Martin Cáceres and Giovanni González. Fernando Muslera started in goal.

Instead of making defensive selections, Peru manager Ricardo Gareca stuck to his guns and, once again, employed his offensive-minded 4-2-3-1 formation. Paolo Guerrero led the line in front of attacking midfielders Edison Flores, Christian Cueva, and André Carrillo. Renato Tapia and Yoshimar Yotún formed the double pivot 4-2-3-1 is one of the most frequently occurring formations in football. The two most defensive midfielders are called a ‘double pivot’. meant to protect center-backs Luis Abram and Carlos Zambrano. Gareca placed Miguel Trauco and Luis Advíncula on the sides of the defense and put Pedro Gallese between the posts.

Uruguay threaten but fail to create many clear-cut chances

Tabárez’s entire offensive system depends on exploiting his center forwards’ talents. Luis Suárez is your classic all-round striker who can link midfield to attack, fight for second balls, and run off-the-shoulder of the defense. Cavani is more of a pure number nine but is fully capable of moving deeper to act as a target man, something he has been asked to do at the national team a lot more than at club level.

In order to take advantage of these skill sets, Uruguay played in an extremely direct manner. 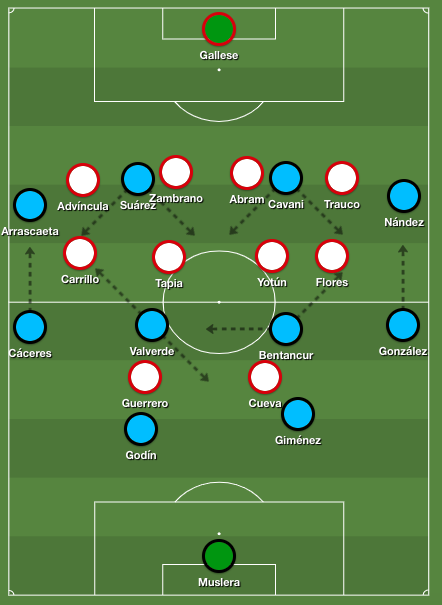 Though Valverde would occasionally drop to help out his center-backs, Godín and Giménez largely bypassed the midfield in their passing, instead opting for lofted balls between the lines. Suárez and Cavani seamlessly alternated dropping to receive before flicking passes wide. Most of these passes went straight to Cáceres and González but, just in case, Valverde and Bentancur were primed to use their box-to-box energy and one-versus-one ability to win second balls.

Once possession went wide, the fullbacks looked to quickly surge up the pitch or play balls over-the-top to the striker who had stayed high. Peru struggled to defend Uruguay’s attacking style but were repeatedly saved by marginal offside calls. As a result, the likes of Suárez and co. only produced four shots in the first half.

Peru began to get more possession as the first forty-five minutes entered its final stages – a theme that continued into the second half. With the ball, Peru played a vertical game similar to Uruguay’s, yet one that was more ground-oriented. 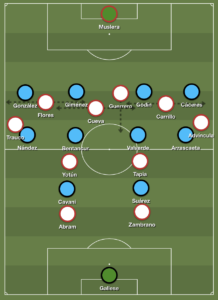 Cueva, Guerrero, Flores, and Carrillo took up narrow positions between the lines with fullbacks Trauco and Advíncula maintaining the width of their team’s structure. Central midfielders Yotún and Tapia attempted to fire vertical passes into the halfspaces If you divide the field in five vertical lanes, the halfspaces are the lanes that are not on the wing and not in the center. Because there is no touchline like on the wing, players have freedom to go everywhere. But this zone often is not as well-defended as the very center. This makes it a very valuable offensive zone to play in and a lot of chances are created by passes or dribbles from the halfspace., but their attempts were rarely successful. The weight and accuracy of their passes were often suspect and Uruguay’s defense did well to challenge for the ball and create turnovers.

Thanks to the fluid, aggressive positioning of six of Peru’s ten outfielders, Uruguay found it rather easy to push forward on the counterattack, creating more marginal offside calls and six shots in second half regulation time.

Yet, Peru warded off their invaders thanks to some luck and admirable last-ditch defending. But, when the assistant referee signaled that seven minutes of injury time needed to be played, a collective groan emanated from the Peruvians in the stands. Uruguay took advantage of the lengthy extension by fashioning three more shots but watched in agony as full-time arrived and the match progressed to the lottery of penalties.

Luis Suárez had been arguably the best player on the pitch up until this point. His movement had been brilliant and his touches and passes seemed to have been carried out with the ease of a younger version of himself. In the box, he had been less decisive but still threatening, and he even managed to create two chances for others.

All of that was erased from the minds of those watching when Suárez stepped up to take the first penalty and fired his effort into the hands of the keeper. His teammates did their best to make up for his mistake, converting all of their attempts, but Peru held their nerve and went five for five to make it to the semi-finals of Copa América. 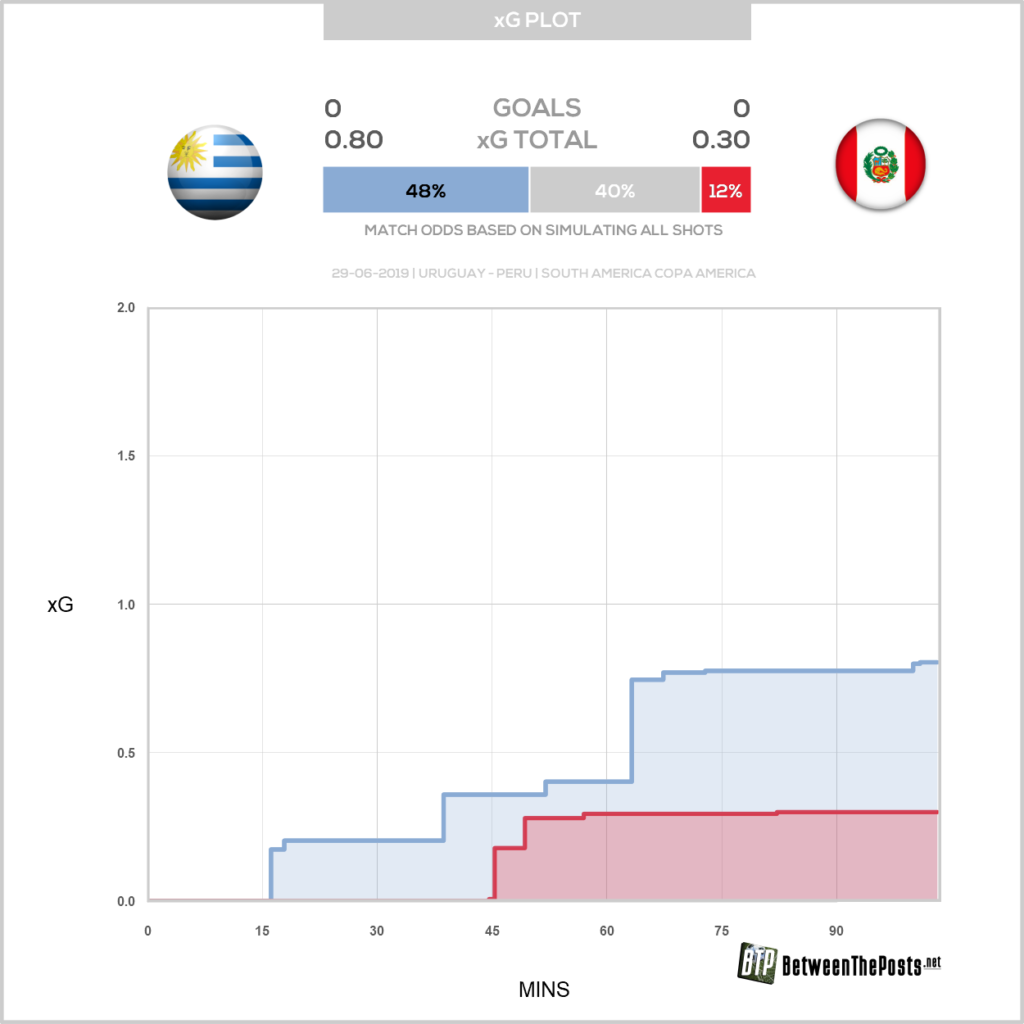 Peru got lucky. VAR saved them on fifty-fifty offside calls and Uruguay botched several good opportunities. It is not like Peru created noteworthy shots of their own to balance out the probabilities, meaning that taking the game to penalties was a big victory for them in and of itself. Such a situation gave Peru almost as good of an opportunity at winning as Uruguay – a chance the underdogs took with aplomb.

Uruguay will be massively disappointed to have been knocked out so early. They are always a dark horse in every tournament they enter due to their defensive discipline, above average tactical chemistry, and star forwards. Hence, they must have felt like this was a guaranteed win over an opponent with far inferior individual quality and a poorer system. But football is as much about chance as it is about other factors and variance doomed Uruguay on this occasion. 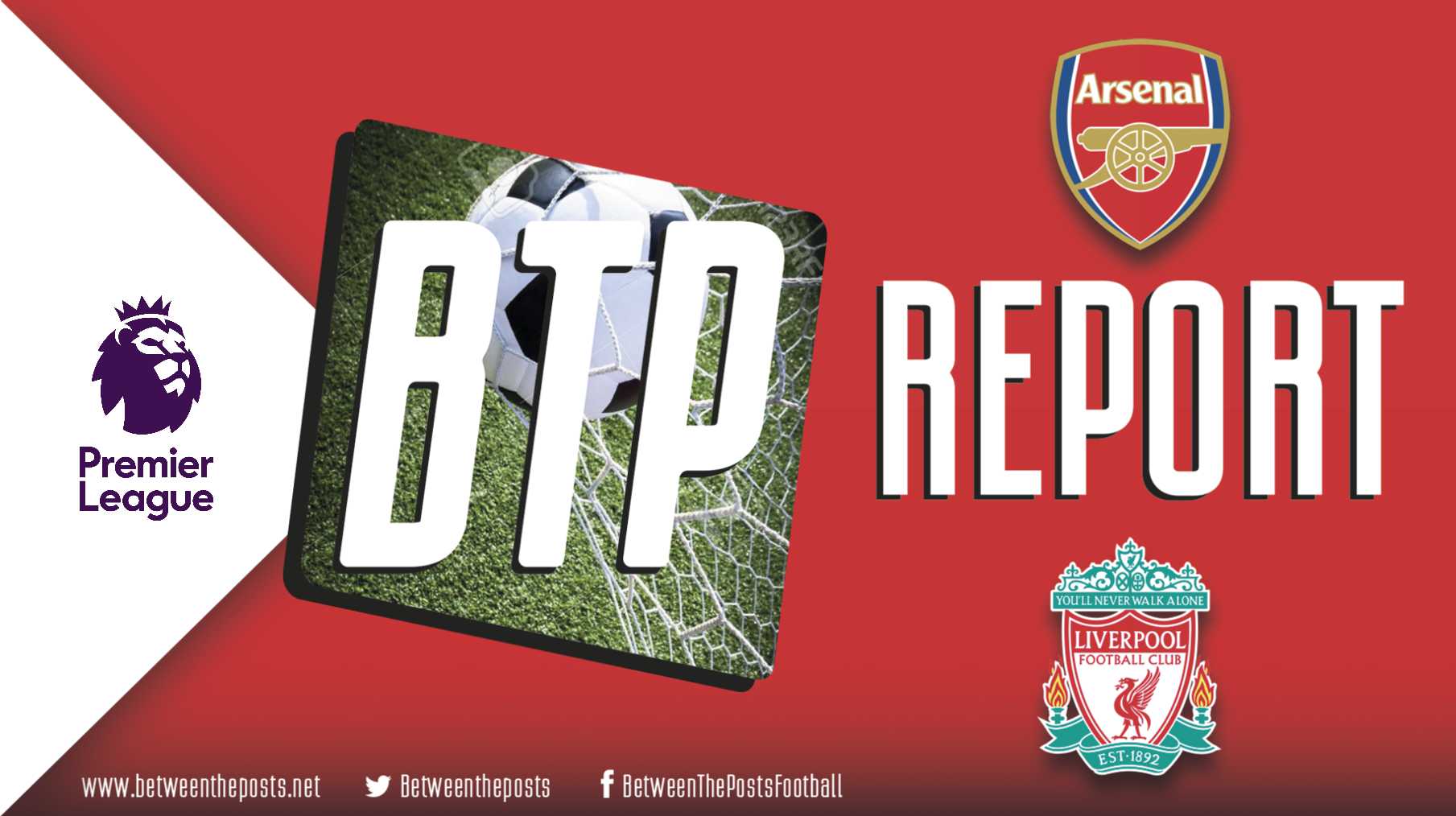 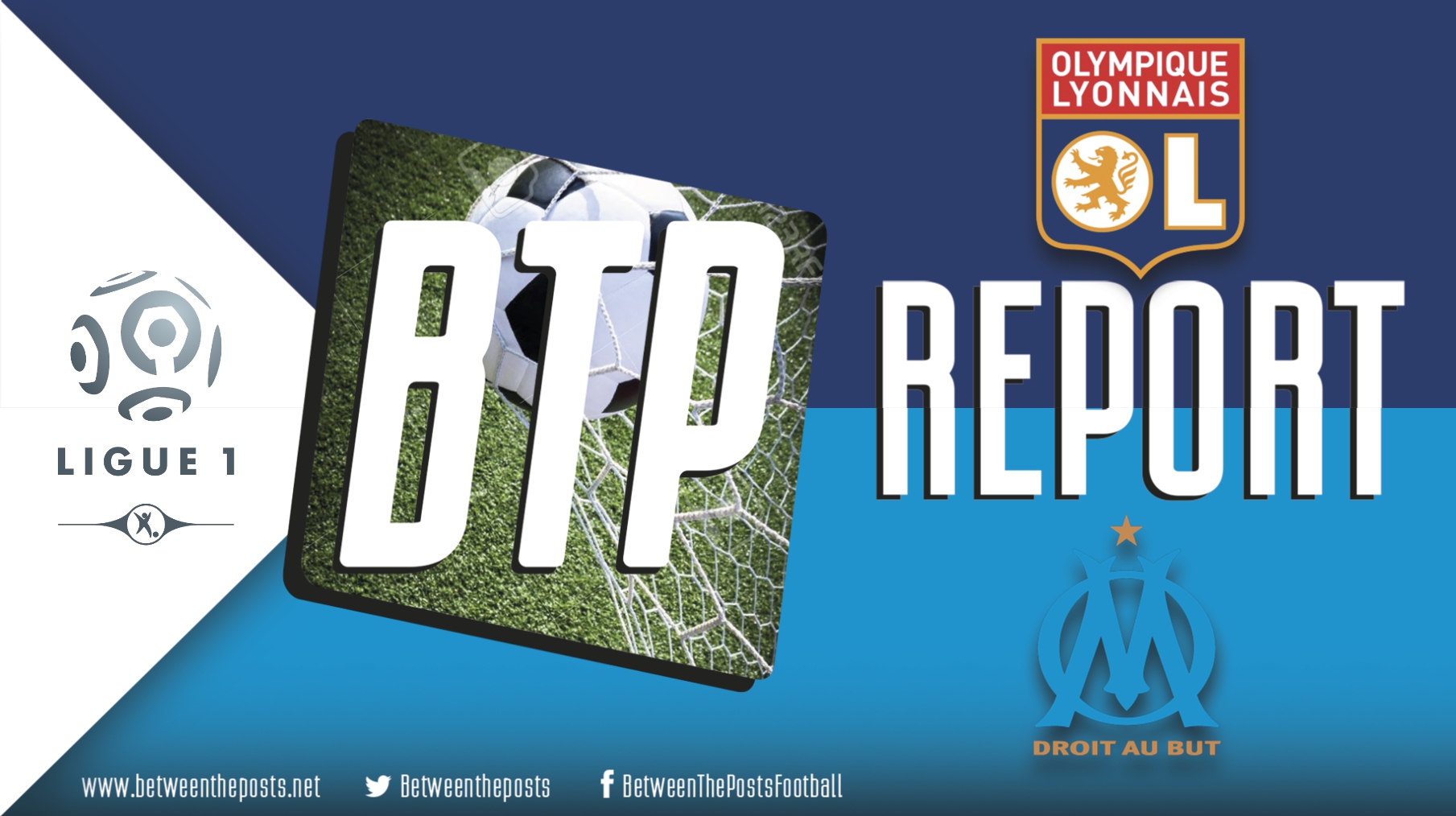