Bayern proved to be in the most luxurious variation of a crisis. Despite some looming long-term issues, there is still plenty of superstar talent to lift the team up in harder times. The individual brilliance of the trio Robert Lewandowski, James Rodríguez and Thiago Alcântara proved way too much to handle for an at times tactically inept Wolfsburg, even though Bayern had to play with ten men in the final 35 minutes.

Do not let the strongly-worded, very weird – you might even argue: hypocritical –  press conference of club director Uli Hoeness convince you otherwise. Bayern Munich were in a real (mini) crisis. Three Bundesliga games in a row without a win, wherein they managed to score only once, and a 1-1 home draw in the Champions League against an opponent that does not even play in one of the big five European leagues (Ajax) is not a normal situation for the Bayern-of-this-decade to be in.

And the results were not even the most worrisome part of this four game winless drought in Munich. Although we are apparently not allowed by Hoeness to criticize Bayern players individually, some of them have looked out of sorts for quite some time now. The center-back pairing of Mats Hummels and Jérôme Boateng – which was basically the gold standard for central defending duo’s in European football for almost five years – has looked more vulnerable and less fit than ever. Manuel Neuer has not been the superhuman shot-stopper of years past, and Robbéry now has a combined age of 69.

On the one hand, the international break offered manager Niko Kovač and Bayern some much-needed time to rest up and adjust. On the other hand, the German internationals in this Bayern squad did not have an uplifting time during it, with painful losses to the Netherlands (3-0) and France (2-1) in the UEFA Nations League.

To speak in fluent cliché: all Bayern really needed from today’s trip to Wolfsburg was a win. Most problems for this squad have to do with aging and fitness, which means they are not solvable by some quick fix. It will take time to transition some of the younger players – like Serge Gnabry, Leon Goretzka, Niklas Süle, Renato Sanches and the French duo of Kingsley Coman and Corentin Tolisso (once they’ve returned from injury) – into more important team roles.

Bayern’s start offers hope
When a team generally plays the same as it did before from a tactical point of view, but its execution suddenly improves, it is hard for an outsider to pinpoint whether the improved execution is the result of some internal minor tweaks or the sum of a couple of individual performances – form, if you will – that were just plain better than before.

Bayern offered us this conundrum in the first fifteen minutes in Wolfsburg. They looked spry from the start. Three things stood out immediately in comparison to the last four games.

First, the pace of play in the buildup. The ball seemed to circulate at the back between Hummels, Süle, Thiago and Javi Martínez just a tad quicker than in the last few games. This presented Wolfsburg’s team defense with a problem, because manager Bruno Labbadia’s tactical plan was to switch between a defensive 4-4-2 formation and a 4-1-4-1.

Whenever Thiago dropped back as a fourth central Bayern player in the buildup, the industrious Yannick Gerhardt would join striker Wout Weghorst in pressing Bayern’s ball-carrier – something the midfield four of Wolfsburg did as well. If Thiago opted to position himself between Wolfsburg’s midfield and defensive line, Gerhardt and Maximilian Arnold would drop back to form a 4-1-4-1 low block. With the Spanish playmaker making swift decisions on the ball with short passes and off the ball with his variating positioning, Gerhardt had to ‘swim’ a lot between two roles.

Another thing that stood out, was the more coherent press of Bayern’s front four. Whenever Wolfsburg was building up from the back, James was initially positioned as a man-marker of deep-lying playmaker Arnold, the absolute hub of the team with Ignacio Camacho and Josuha Guillavogui still out injured.

Whenever Lewandowski decided to step out on of the Wolfsburg center-backs, James would sprint out and press the other. Meanwhile on the flanks, Robben and Gnabry took away the easy outlet pass to both full-backs, by being consistently positioned on the inside. Bayern’s pressing of Wolfsburg’s worked like a charm in the first 45 minutes. Goalie Koen Casteels was the Wolfsburg player with the most first half touches of the ball.

But what stood out most from Bayern’s play in the opening stages, was the conscious involvement of Lewandowski in combinational play. The Polish goalgetter drifted left all afternoon, towards the more vulnerable right side of Wolfsburg’s defense, consisting of William and Robin Knoche. He was found by a few line-breaking passes by Hummels and Thiago in the opening stages, that led to him dumping off ball short to a deep sprint of Alaba or Gnabry on a couple of of early occasions.

Confirmed: Lewandowski still Lewandowski
Lewandowski would dominate this game with his hyper-effective offensive skills, and the early involvement in Bayern’s attack seemed to put the Polish striker in a nice rhythm. Five minutes after Lewandowski missed Bayern’s first real chance of the game in the 25th minute – a rebound off of a Robben long shot – he did manage to score.

Thiago had positioned himself high up the pitch, which meant that Gerhardt dropped back as well. Hummels, now in acres of space because Bayern was building up in a three-versus-one, looked to play a long, drilled pass into Thiago at the edge of the box. The Spaniard executed a truly superb dummy, and Lewandowski punished center-back Knoche’s decision to step out on Thiago with lethal precision.

Lewandowski’s insistence on drifting left was rewarded with an absolute gift by right-back William early in the second half. The Brazilian headed a Bayern long ball back into the feet of Lewandowski, who circled Casteels and had an easy finish for his second goal of the afternoon.

The third goal was probably Lewandowski’s best work of the afternoon. In the 72nd minute, Wolfsburg left-back Jerôme Roussillon tried to clear the ball out of a central area of his box. After he did that, Lewandowski lured him into staying in this central position with a diagonal run towards the ball-carrier, Thiago, who had received Roussillon’s clearance right at his feet. With Roussillon ánd center-back Brooks draped all over him, Lewandowski called for the ball at the edge of the penalty area and immediately played it to the right side, recognizing that no one had picked up Wolfsburg’s vacated area. A wide open James calmly slotted in the deciding 1-3.

Vanilla tactics by Wolfsburg do Bayern some favors
From an offensive point of view, Wolfburg’s tactical (in)decisions helped Bayern a lot with getting comfortable. In the build-up, Wolfsburg struggled to find a solution to James’ initial man-marking of Arnold.

Center-backs Knoche and John-Anthony Brooks never looked comfortable with the ball at their feet. The two more offensively positioned central midfielders, Gerhardt and – glorious name-alert – Elvis Rexhbecaj did not drop back effectively enough to help progress the ball whenever Wolfsburg was building up. This resulted in a lot of sloppy losses of possessions or direct long balls from keeper Casteels to striker Weghorst.

Aerially, Süle and Hummels are very solid central defenders. So it was a bit of a surprise that whenever Wolfsburg did manage to enter Bayern’s third with the ball, the ball was almost always directly whipped in the box, searching Weghorst’ head. An ineffective strategy: Wolfsburg did not manage to get a single shot on goal in the first half.

Wolfsburg only looked dangerous for about fifteen minutes in this game. This was in a short spell that began after Robben’s second yellow card – a soft one, but kind of deserved, seeing that his first yellow was for an outrageously blatant Schwalbe – and ended with James’ 3-1. Shortly after Robben’s send-off, Labbadia subbed in the direct running of Admir Mehmedi and physical presence of Daniel Ginczek for wingers Josip Brekalo and Renato Steffen, who both played truly invisible up to that point.

Within three minutes after being subbed on, Mehmedi managed to do what Brekalo and Steffen could not do for sixty minutes: test Hummels and Süle with depth and speed. After a smart diagonal run by Mehmedi in the back of Hummels, Gerhardt found him with a side-footed pass. The Swiss attacker found Weghorst in the six yard area for the 2-1 to make this game exciting for a good ten minutes, until Lewandowski and James killed the game.

Takeaways
Wolfsburg won their two first fixtures of the Bundesliga season, but have now taken only three draws from their last six league games. That it is difficult to discern what type of playing style Labbadia and Wolfsburg aim to be playing, is quite worrisome. Especially in a competition like the Bundesliga, where all teams in the mid-to-lower tiers of the table are very equal in quality and are generally well-managed.

For Bayern, the takeaway from this game is simple: they still have amazing players who can decide games almost single-handedly with a few moments of brilliance. That is a valuable asset to have in a phase of transition. This Bayern team is not a finished product if you would look at them as a contender for the Champions League, but the squad we saw against Wolfsburg on Saturday is clearly talented enough to still be the main title favorite in the Bundesliga. 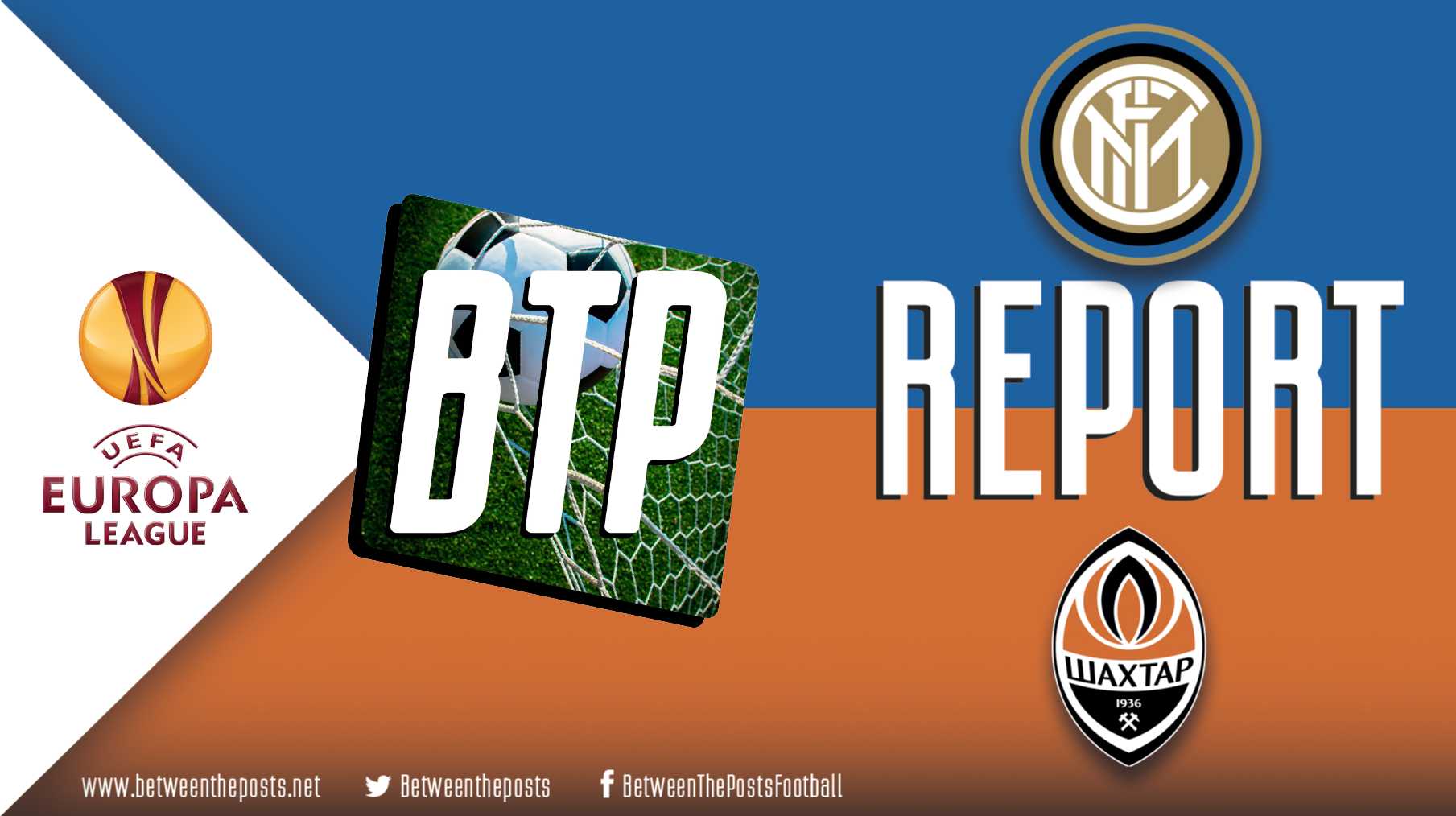