Arsenal gave Tottenham Hotspur a taste of their own medicine. Intense pressing propelled them to an early lead, just as Spurs themselves had accomplished against Chelsea last week. Before half-time, though, Spurs clawed back through two quickfire set-piece goals. In the end, the finishing quality of Pierre-Emerick Aubameyang and Alexandre Lacazette secured the win for Arsenal.

Both teams came into this North London Derby on the back of excellent series of results. Arsenal were on an eighteen-game unbeaten run, while Spurs had won six straight since their defeat against Manchester City.

Arsenal went with the same starting lineup and 3-4-3 / 5-2-3 shape used in their win at Bournemouth. Alexandre Lacazette returned to the matchday squad on the bench after injury. Mesut Özil, on the other hand, was left out of the squad due to a back problem.

For Spurs in their 4-3-1-2 formation, there was just one change from the team that beat Chelsea at Wembley. Jan Vertonghen replaced Toby Alderweireld to partner Juan Foyth in central defense. 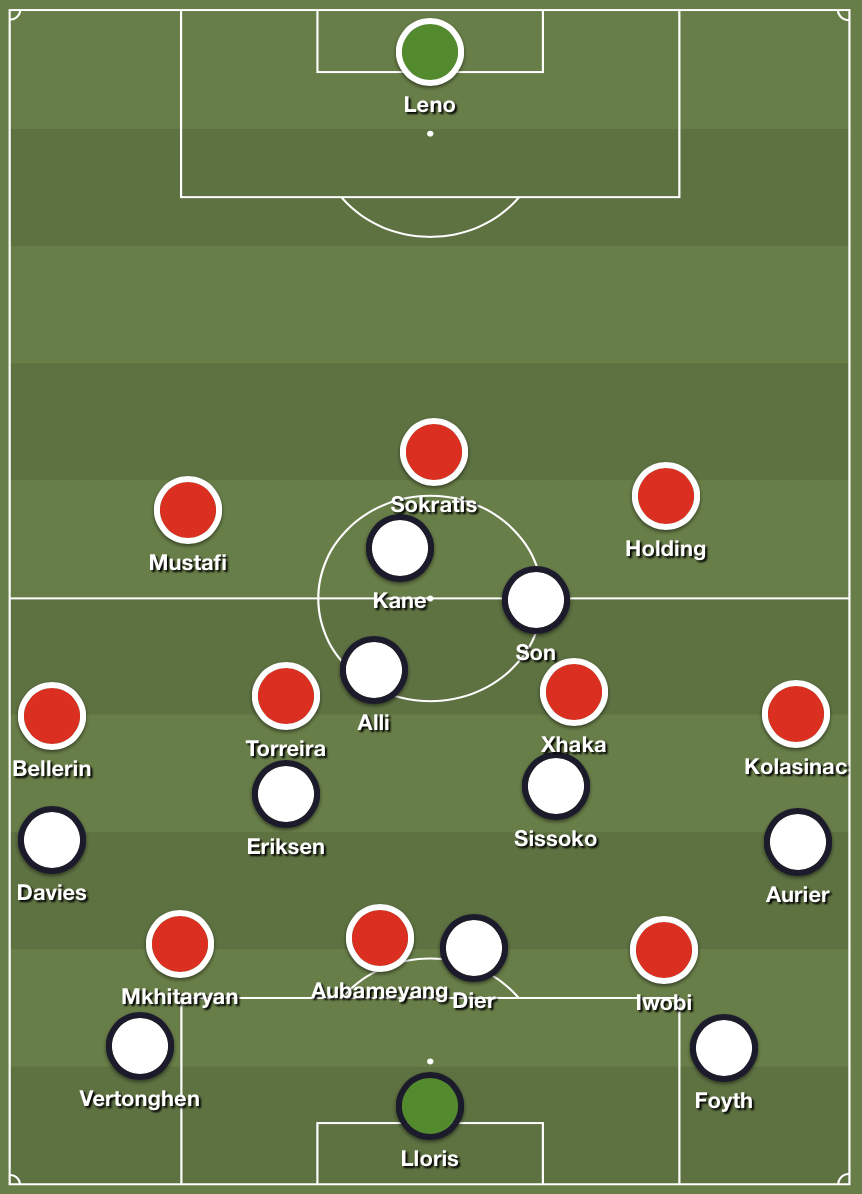 Arsenal took a leaf out of Spurs’ book, who had unsettled Chelsea the week before with their intensity in pressing. Today, Arsenal did the same to Mauricio Pochettino’s side in the early stages. As a result, they made it difficult for Spurs to establish a foothold and making regains of possession.

From their 5-2-3 defensive shape, Arsenal found it relatively simple to press Spurs’ deep buildup man for man. The inside forwards, Henrikh Mkhitaryan and Alex Iwobi, would press Spurs’ wide-splitting center-backs, while Aubameyang would stay close to Eric Dier in the center to prevent passes into the Spurs defensive midfielder.

Wing-backs Héctor Bellerín and Sead Kolašinac would push up onto Spurs’ fullbacks. Meanwhile, Lucas Torreira, who epitomised Arsenal’s intensity on the day, and Granit Xhaka, would only move forward to join the press when one of their direct opponents, Moussa Sissoko or Christian Eriksen, would drop deep to try and collect the ball.

Otherwise, they would stay deeper, preventing a large space from opening up in front of Arsenal’s defense as often happens when teams press high. Arsenal’s holding midfielders also gave the team extra presence for any second balls if Spurs played long.

Spurs remain difficult to play through

Despite Arsenal having the better of the opening stages of the game, they struggled to play through Spurs in central areas, just as Chelsea had done last week. Arsenal, however, were still able to effectively progress the ball occasionally through other means.

Spurs pressed in a 4-3-1-2/4-3-2-1 shape, although there was no man-marking job for Dele Alli this week as there had been against Chelsea’s Jorginho. Alli still contributed to Arsenal’s difficulties by blocking passing lanes into their central midfielders in buildup though.

Arsenal’s circulation then, became relatively u-shaped between the back three and wing-backs. Spurs seemed to use backwards passes as one of their pressing triggers, A pressing trigger is a specific pass or movement by the opponent that draws out a coordinated team press. and Arsenal could be forced into long balls as a result of Spurs’ pressure. Other times though, Arsenal did find good solutions to switch the play and progress through the opposite wing-back. 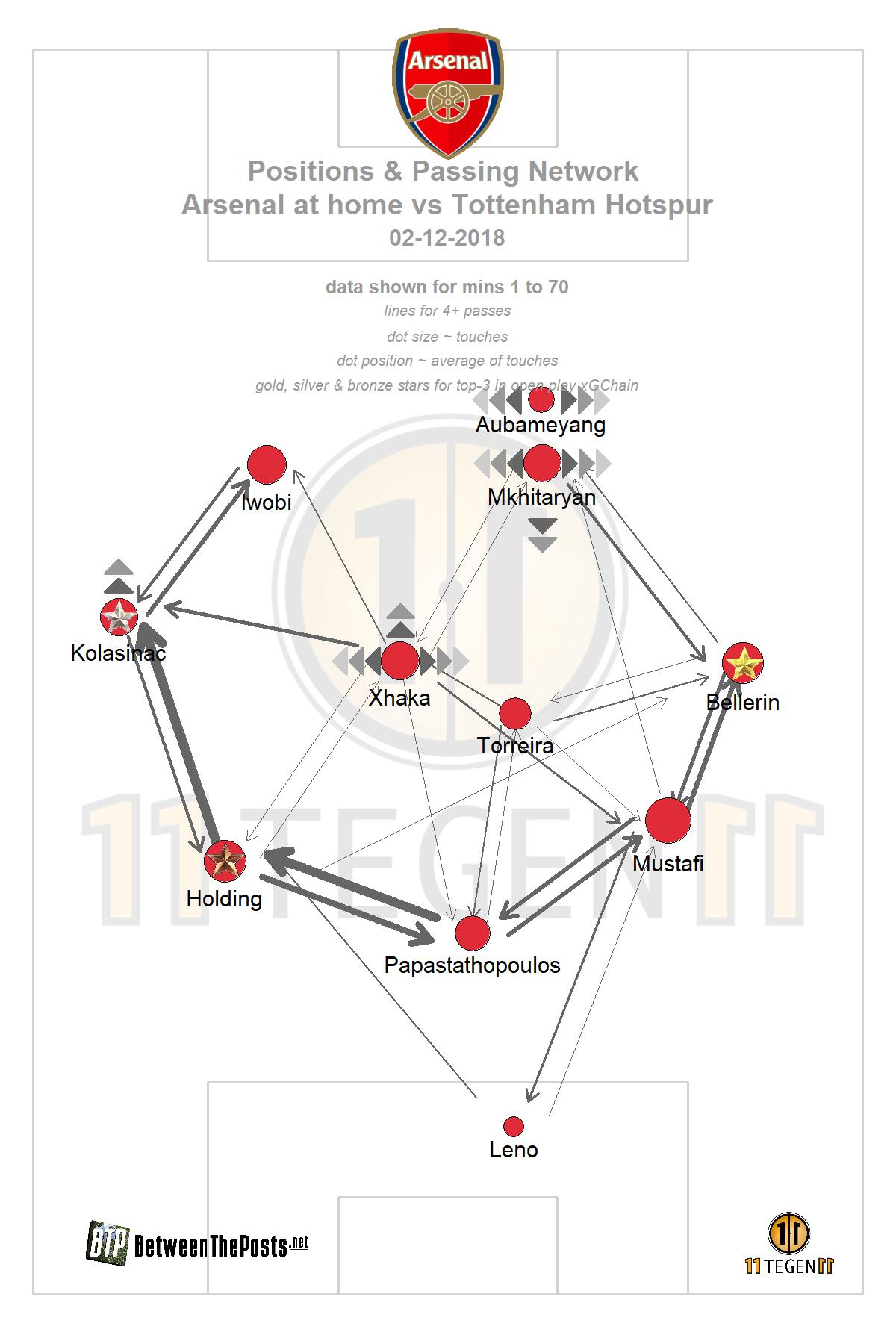 Arsenal played mostly in a 3-4-3 formation in possession, withdrawing as a 5-2-3 shape out of possession.

The wing-backs were often the outlet against Spurs’ narrow formation. Some of their better moments – a pivotal factor in deciding this game – came from the wing-backs looking for early balls in behind Spurs’ defense to one of the front three. This way, Arsenal took excellent advantage of Spurs’ tendency to defend with a high line.

An example of this came when Kolašinac’s ball found its way to Aubameyang who ran behind the Spurs defense after Serge Aurier’s missed interception. A frustrated Aurier went on to foul Aubameyang near the corner flag. This led to an Arsenal free kick, which then led to Vertonghen’s handball and an Arsenal penalty to make it 1-0.

Although Arsenal were clearly the better team in the first thirty minutes or so, Spurs found themselves ahead at half-time thanks to two goals around the half hour mark.

The first came from a wide free kick, taken by Eriksen, where Spurs seemingly targeted a weakness in Arsenal’s marking scheme. Arsenal had two relatively weak aerial players in Torreira and Bellerín in the front-post area, with the taller players towards the penalty spot and far post areas.

For Spurs, this front post area was occupied by the trio of Harry Kane, Alli and eventual goal scorer Dier. These three players were kept onside by Kolašinac at the far post, who failed to stay in line with the rest of the Arsenal defense. Bernd Leno’s attempt at a save also left something to be desired.

Shortly afterwards, Kane’s backheel to Son Heung-Min allowed Son to advance into the box and go to ground after a sliding challenge from Rob Holding. Kane scored the penalty, to give Spurs a 2-1 lead. Having been second best until the goals, Spurs suddenly found themselves in front at half-time.

The second half saw formation changes from both teams, but these didn’t radically change the pattern of the game. As has often been the case this season, clinical finishing by their star strikers won the game for Arsenal.

At half-time, Emery made two changes, bringing on Lacazette and Aaron Ramsey in place of Mkhitaryan and Iwobi. This meant that the formation changed from a 5-2-3 to 5-2-1-2. Lacazette went up front alongside Aubameyang, with Ramsey playing just behind them.

Arsenal’s second goal came from a familiar source – a wing-back looking to play an early pass in behind the Spurs defense. This time the pass was from Bellerín, towards Ramsey running between the two Spurs center-backs. The Welshman managed to get a slight touch on the ball to divert it to his left towards Aubameyang, who hit a clean first-time shot from the edge of the box. Hugo Lloris could only stand and watch as it flew past him.

After this goal, Spurs switched to a back three, as Dier moved back from defensive midfield to center-back. This was perhaps intended to give Spurs more cover on the last line of defense to prevent them being overrun by the trio of Ramsey, Aubameyang and Lacazette. Shortly after, Arsenal switched to a 4-4-2 diamond, as Mattéo Guendouzi replaced Shkodran Mustafi who had picked up a knock.

Spurs’ switch of formation however was unable to legislate for Foyth’s error, as he was robbed of possession by Ramsey on the halfway line. With only Dier and Vertonghen in positions to recover, Ramsey slid the ball through to Lacazette. The French striker’s shot from the edge of the box was taken further away from Lloris’ reach by a deflection and found its way into the bottom corner via the post, making it 3-2 to Arsenal.

A few minutes after Lacazette’s goal, Torreira, who was outstanding throughout, broke forward from midfield to add a fourth, again exploiting the space behind Spurs’ defense.

This win meant that Arsenal extend their unbeaten run to nineteen games and they overtake Spurs on goal difference to move into fourth place. An interesting aspect is the fact that Arsenal are currently heavily overperforming their underlying numbers. Perhaps this implies that Arsenal’s goals might dry up in the near future. Alternatively, some would say, it is testament to the fact that they have two world class strikers who are showing their worth.

Spurs showed good character to turn the game on its head after having a rough start, and will obviously be disappointed to have lost after leading at half-time. They have a midweek fixture against Southampton to try and regain the positive momentum they had prior to this game. After that they go to Leicester, and then to the Nou Camp, where they need a result against Barcelona in order to secure a place in the Champions League knockout round. 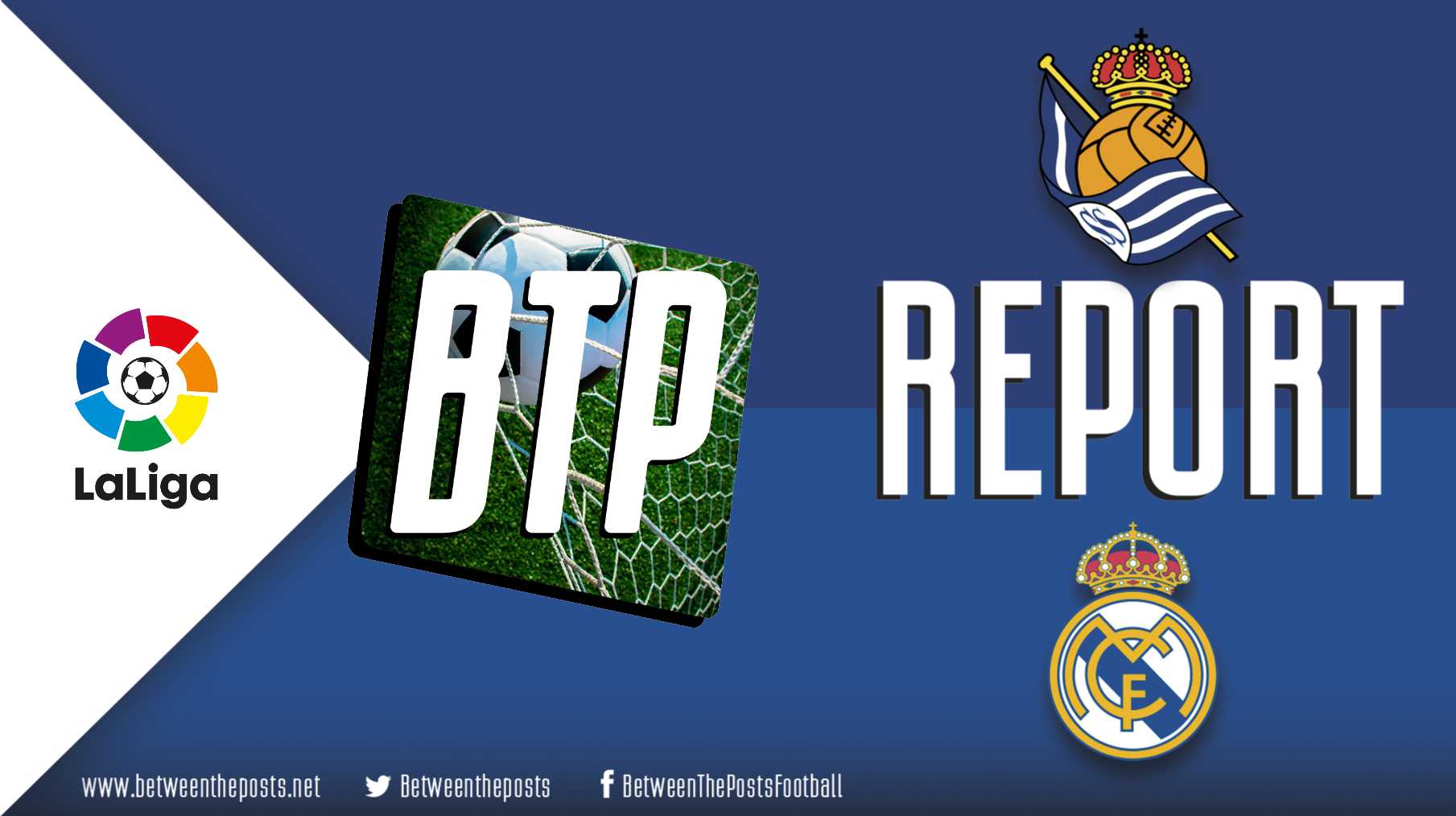 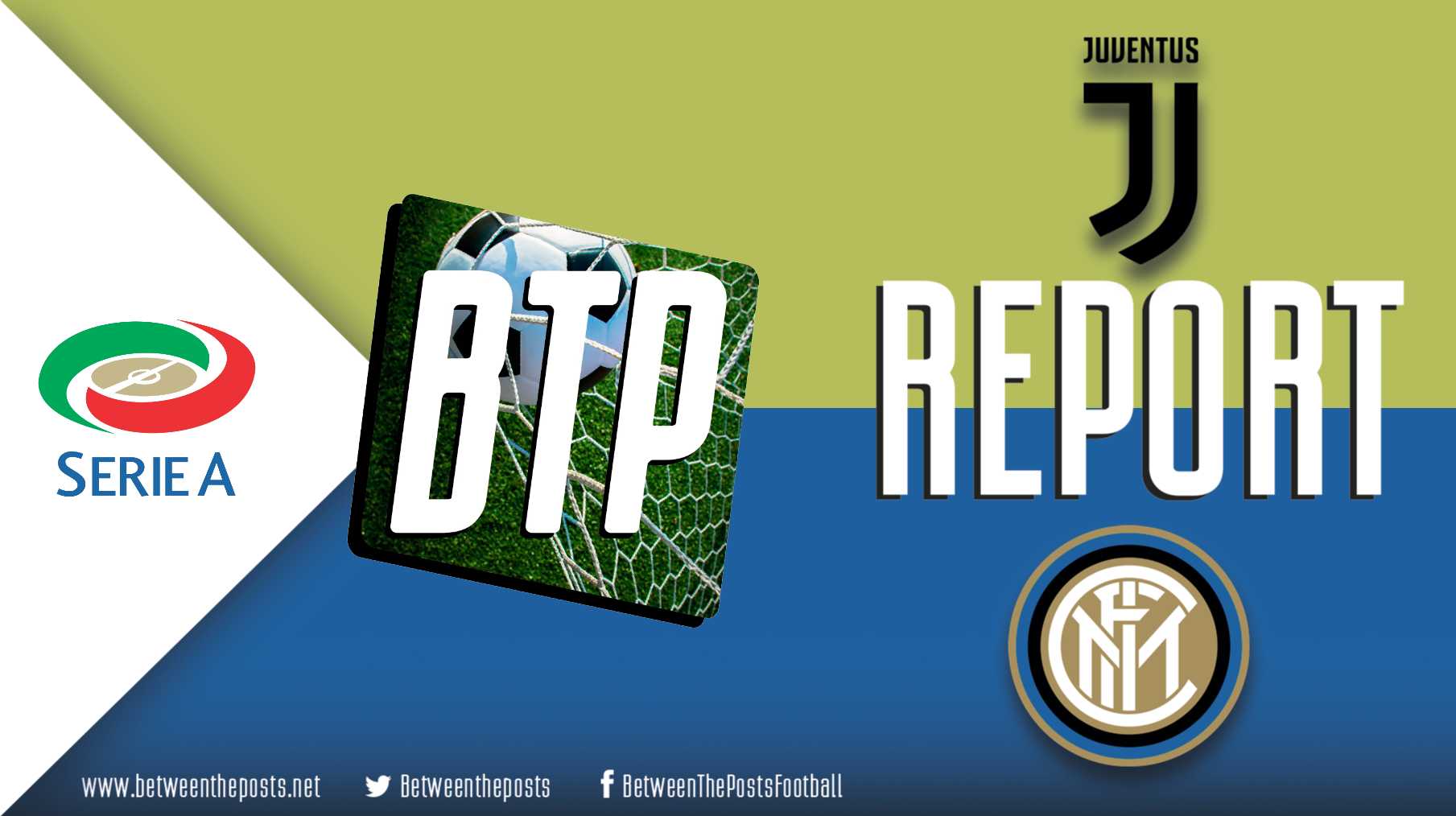