Despite coming into the match as one of the best teams in the MLS, a poor first half showing from Seattle and a bit of fortune for Dallas proved terminal for their chances at picking up three points on Saturday evening. Changes at half-time almost saved face, but Dallas saw out the remainder of the match to win a huge moral boosting result.

We enter a strange period of the Major League Soccer season. While still relatively early in the season, many clubs at the middle or lower portions of the conferences are close to “must-win” stages. Another factor that contributes to the oddness of this phase is the international calendar that takes place over the summer months. Various MLS clubs lose their best players at inopportune moments. Even the clubs in good form encounter some incredibly difficult circumstances in the coming two months.

FC Dallas are one of the clubs sin the “must-win” zone, currently clinging to a playoff spot and coming into this match with only two points out of their past six matches. With a current goal difference of minus one – and missing young stars such as Paxton Pomykal and Brandon Servania to the U20 World Cup – Saturday evening’s match will not be one to have filled supporters which much confidence pre-match.

Seattle on the other-hand are one of the class outfits in the division, starting the season extremely strongly in third place in the Western Conference. However as mentioned previously, June and July will test the strength in depth that Brian Schmetzer’s team have at their disposal. Twelve players on their roster are in contention for international call-ups and their panache for scoring goals across the team could be lost of those players go.

Brian Schmetzer opted to stick to his traditional 4-2-3-1 shape. One of the biggest problems they had was the absence of Nicolás Lodeiro through suspension. To fill this void, Cristian Roldan fulfilled his role as the team’s attacking midfielder. Another decision from Schmetzer was to employ two wingers, Harry Shipp and Alex Roldan, who loved to come inside and flood the center regions of the pitch. As Seattle likely expected Dallas to be more conservative in their approach, this was not surprising.

Dallas, as mentioned previously, had a number of selection issues but it was clear that coach Luchi Gonzalez would not change the team’s style in regards to tactical decisions: a high-pressing and possession heavy system. Matt Hedges and Bressan prove a strong partnership in the center of defense, and Michael Barrios and Dominique Badji out wide have the ability to beat their man one-versus-one at virtually every chance they get.

FC Dallas have better start and are rewarded with good fortune

In truth, the first half was largely uneventful in regards to clear goal-scoring chances. With both sides fielding the same formation, the teams matched up across the pitch and the majority of possession from both sides was fairly innocuous and in comfortable areas of the pitch for the opposition. The fact that both sides were also quite wasteful in their movement of the ball did not help this either. For example, Seattle’s central players only completed 67% of their passes in the first half. 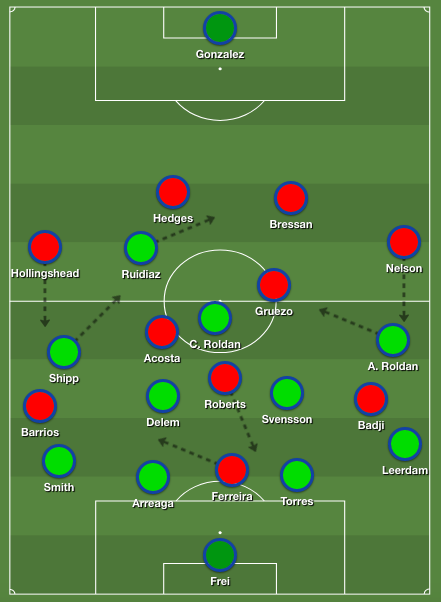 Dallas’ and Seattle’s first half shape, with Dallas pinning back Seattle with the ball.

When in possession, Dallas’ play had one key difference to their counterparts: the location of possession. Much of Dallas’ work on the ball pinned back Seattle into their own half. This was down to two factors. The simplest of these was the pace and enthusiasm they played with; winning the ball back with gusto and playing passers more direct than their counterparts to take advantage of disorganization.

Secondly, the play in the wide areas for Dallas made a major difference. John Nelson and Dominique Badji on the left, as well as Ryan Hollingshead and Michael Barrios on the right aided in pinning back the opposition. When attacking, Dallas got overlaps When a wide player, most of the times a wing-back, runs outside to fill in the space left by a winger going inside with or without the ball, this is called overlapping. and seam runs from the aforementioned players and made it impossible for Seattle to breakout and commit bodies forward. Barrios was especially dangerous when he came inside to create overloads When one team has more players in a certain area or zone than the other team. in central areas.

It was thanks to a bit of luck and good play from Barrios that Dallas took the lead and extended it shortly thereafter. Two own goals from Seattle were both caused due to dangerous crosses from wide positions that placed Seattle defenders in uncomfortable positions, and left Brian Schmetzer with needed changes at half-time. Dallas had not been especially great, but had been rewarded due to their superior verve.

In order to gain a better foothold in the match and help put Seattle with more meaningful possession in Dallas’ half, powerful target-man Will Bruin was brought on. This signaled a switch to a 4-4-2 formation. In practice, this move was made to help out Raul Ruidíaz in the final third The one-third of the pitch that is closest to the opposition’s goal. and have the ball stick more in Dallas’ final third.

It did just that, too. Looking at the number of entries into “Zone 14” Zone 14 is a coaching term that refers to the part of the pitch just in front of the opponent’s box. Completing passes in this area of the pitch is a sign of territorial dominance and is usually associated with a good performance.that Seattle had in comparison to the first half, tells the story in its own, the away side eventually passing through this dangerous area thirty times in the match. The ability to hit Will Bruin long and bypass the press that had created so many issues in the first half gave the match a whole new dimension. 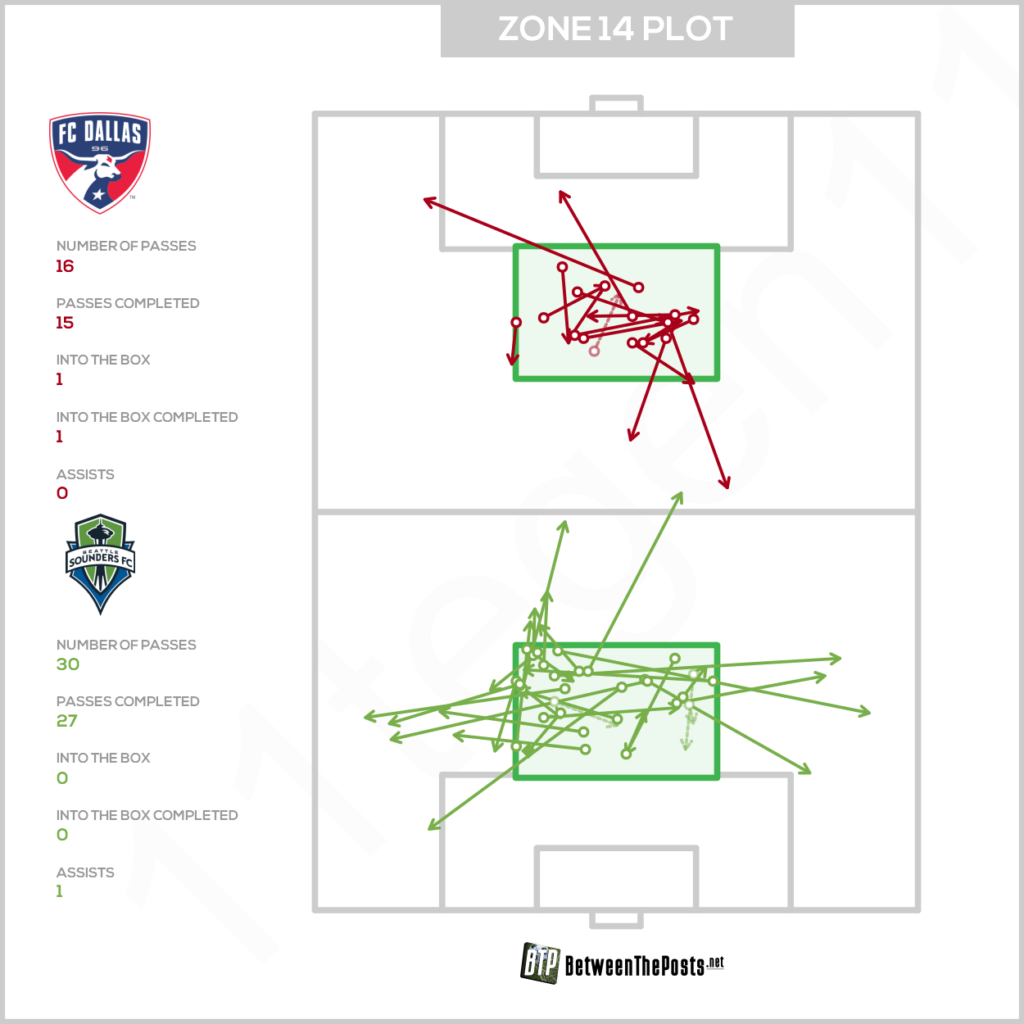 Another tactical change that Seattle made was to swap out their wide players in the second half. While Harry Smith and Alex Roldan have been key this season, the switch to a more direct style did not suit them; they are very much players who look to invert and provide possession oriented play. Handwalla Bwana and Joevin Jones, in comparison, are wide players who seek to run at defenses and stretch play in behind or with dangerous crosses into the box. This contributed to Seattle’s increased domination and competitiveness in the second half of the match.

Dallas, due to these changes, dropped off more with their lead in hand and looked to soak up pressure. Manager Luci Gonzalez, nominally a massive proponent of the high-press, made the concerted effort to drop off and attempt to hit Seattle on the counter. Whenever they regained possession, the striker of FC Dallas (Jesus Ferreira and eventually Bryan Reynolds) was expected to hold possession and bring the dangerous wide players into the game to use the space at their disposal. While this worked in small spurts, Seattle would gain a foothold in the game through Raul Ruidíaz (somewhat fortunately). Ultimately, however, the changes coach Brian Schmetzer made and the first half display proved terminal as the home side picked up a vital three points.

Seattle will likely be incredibly worried at what this match means for the rest of the fixtures this summer. Defensively, even without the two own goals they conceded, Seattle looked fragile. Losing center-back Chad Marshall to retirement has not helped, but many of the same players remain and fans of the club will likely be scratching their heads at these struggles. Much of the blame on Seattle’s defeat should be placed on the manager’s head too. The half-time substitutions improved the side immediately, but it remains unclear if Brian Schmetzer will change the team and prove able to do so consistently.

Dallas’ victory, while on the surface could just be a one-of match of good fortunate, has shown that they are a much better side than their league position and recent form depicts. Despite the absence of many key players in the team, Luchi Gonzalez’s persistence on sticking with his usual modus operandi worked a treat Saturday evening. Going forward, the plan should be simple: use the wide players at the club to create havoc, and good things will happen.

Scroll through all the available match plots. 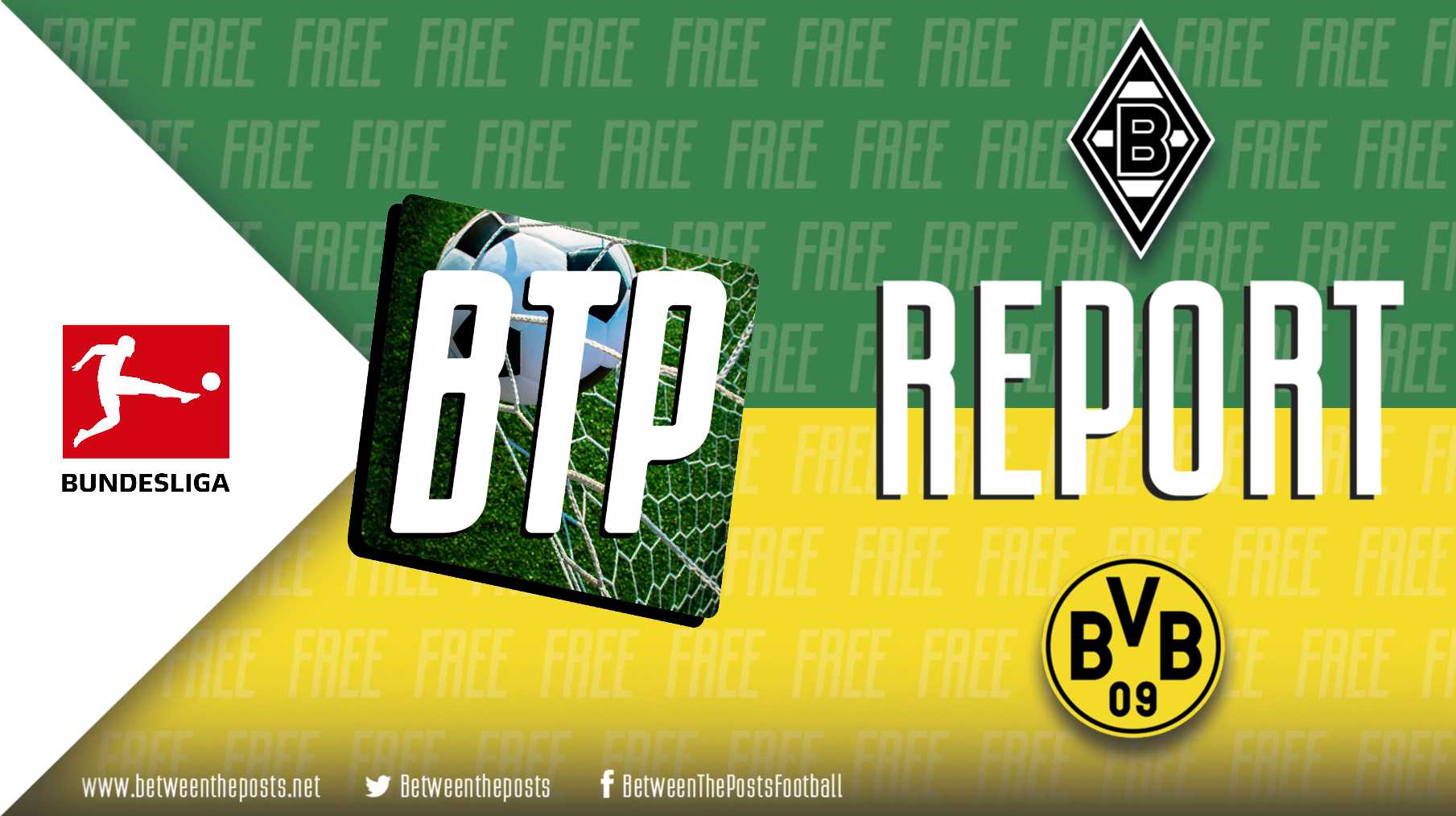 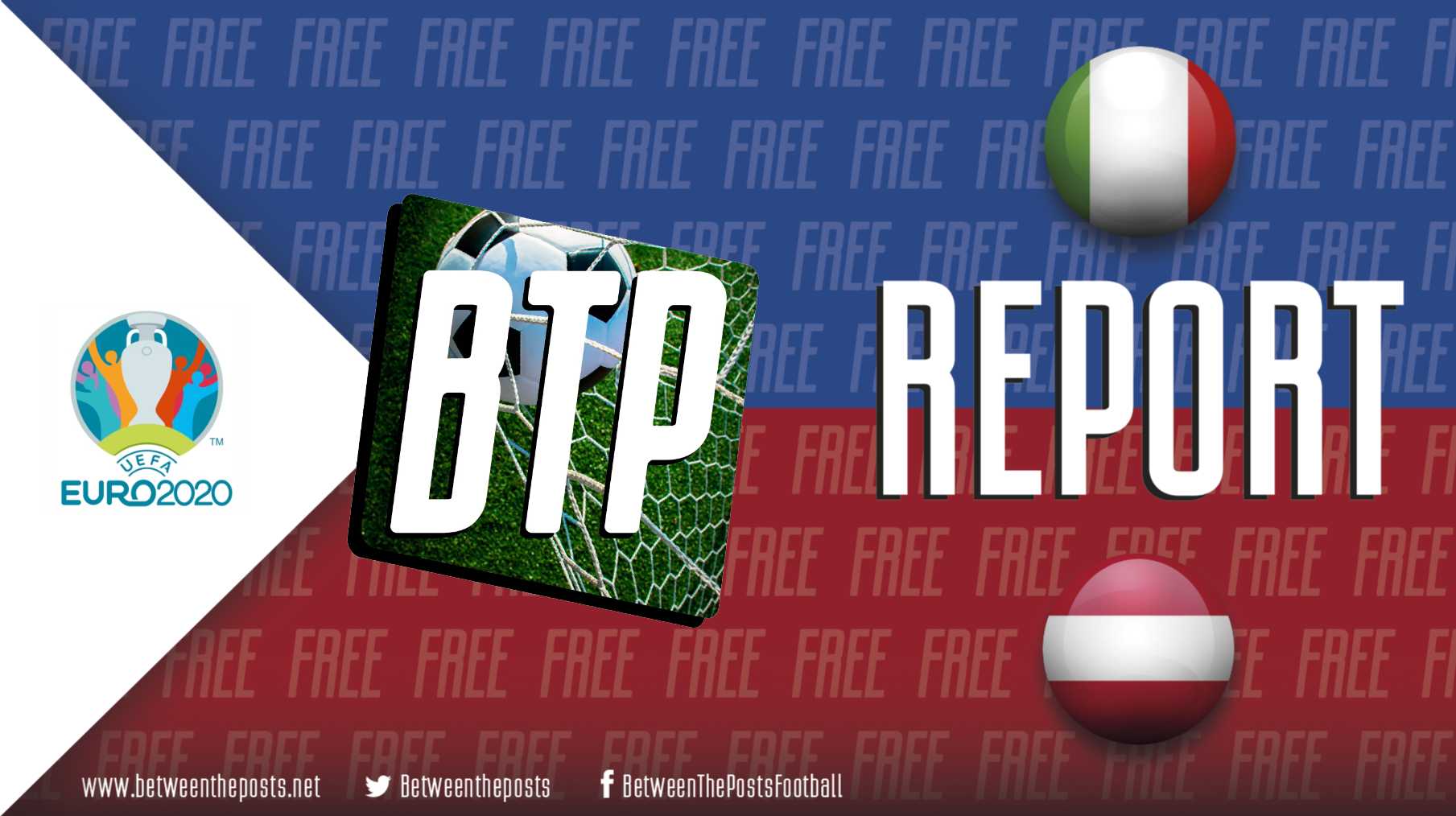