Welcome to the weekend primer of Between the Posts, where we list the matches that will be covered during this weekend, including a little preview of these matches. Journée décisive in France, where we turn our attention to the lower end of the table, simultaneous cup finals in Germany and Spain that you wouldn’t want to miss, the usual excitement from the Brasileiro and the MLS, the decision in the Recopa Sudamericana and of course, the Europa League final.

On the final day of the 2018-19 Ligue 1 season, most of the important places have already been decided. The absolute domination of Paris Saint-Germain mean any form of a title battle was never on the cards. Lille OSC have surprised by getting the absolute most out of their young and talented squad, beating Olympique Lyonnais for the second direct Champions League spot. Meanwhile, Saint-Étienne’s impressive 7-1-1 run to end the season saw them overtake a faltering Montpellier side, who saw an impressive season finish empty-handed in fifth place.

On the final day, most of the excitement should be expected near the bottom end of the table, where SM Caen (33 points – minus 24 goal difference) need all three points and then still depend on Amiens (35 pts – minus 22 GD), who face bottom placed and already relegated Guingamp. So, by all means there will be a slim chance, but in football it sometimes pays off to go for slim chances as we’ve seen countless times already this season.

In Bordeaux, Caen play an opponent that’s having a terrible season. A run of just a single win in their last thirteen matches saw Bordeaux dwindle down the table to a very bleak fourteenth place that simply does not align with the club’s status.

In the era of super clubs – and the financial inequality that comes with it – it is a disappointment whenever a European super club does not reach the domestic cup final. Luckily for Niko Kovač, that did not happen for Bayern Munich this season. The draw played a part in this – even though Bayern, of course, are the best team in Germany. The hardest opponents Bayern had to face were Werder Bremen (currently in eight place) and Hertha BSC (eleventh). Their most memorable match came against 2. Bundesliga outfit Heidenheim, a game they won 5-4 in extra time.

We analyzed both of the Bundesliga matches in which these two teams met each other. In 180 minutes of football yielded only one goal, which is a reflection of the fact these two teams give up the least expected goals The amount of goals a team is expected to score based on the quality of the shots they take.per 90 minutes. Bayern’s flank-oriented play is a natural answer to Leipzig’s approach to block off the center of the pitch. Creating chances from the flanks has turned out difficult however, while Bayern’s counterpress expertly limited Leipzig’s offense in these two encounters. In both matches, Bayern achieved a significantly higher xG total.
Leipzig have a fully fit squad, while Bayern might not be able to field James Rodríguez and Manuel Neuer. It is Leipzig’s first ever cup final. In their 10-year history, they did manage to scrap together some promotions and league titles, but winning this cup would mean they would add their first major prize to their trophy cabinet.

Another super club in a cup final, and reminiscent of the German cup final, it will be against a dangerous opponent, who maintain a style of play that can do some serious damage. This final – played in Seville – can get very interesting from a tactical point of view, as Valencia have just the tools to hurt the mighty Barcelona.

All season long, Valencia’s defense has been excellent. Their underlying numbers are among the best in LaLiga, and they now exactly how to keep an opponent out of the danger zone. Up top, Gonçalo Guedes and Rodrigo are hitting peak form, while Parejo has had an amazing season in terms of ball progression, starting attacks and xGchain.

At Camp Nou, Valencia were leading for large parts of the match. They also beat Real Madrid at home. Be warned, Barcelona.

In what is undoubtedly the toughest challenge of their season so far, Montreal Impact travel to the best team in this season’s MLS so far. Los Angeles FC have only lost one game so far and have only dropped points at home once. Inspired by Mexican veteran Carlos Vela – 14 goals in 14 appearances – and Uruguayan talented flank player Diego Rossi – 7 in 14 – their offense has been on fire. No team even comes close to their 32 goals scored.

Experienced manager Bob Bradley has LAFC playing in a 4-2-3-1 formation that is very successful in achieving a territorial dominance, as we’ve seen for example in the recent report on their home win over FC Dallas.

Montreal Impact are led by former Aston Villa manager Rémi Garde, who lead them to seventh in the East and fifteenth overall last season, just missing out on the playoffs. This season Montreal seems to be doing slightly better, although the middle teams in the table from a tight bunch so far. Let’s see how they will fare in the most difficult fixture of the season.

After Germany and France got the special treatment earlier, this week, it is Italy’s turn. Instead of predetermining what match we will write about, we are going to pick two out of the following three choices: i) Internazionale – Empoli ii) Atalanta Bergamo – Sassuolo iii) SPAL – AC Milan.

What would have been the odds of Atalanta Bergamo finishing third? All they have to do is beat a seemingly off-form Sassuolo, in what is probably the best achievement of this season’s Serie A. They are level with Internazionale in terms of points, while also having a better ead-to-head record. Closely chasing is AC Milan, who will probably beat SPAL, but have to hope Inter or Atalanta drop points. And an absolute miracle could also land AS Roma on the prized third or fourth place. Some tension will be in the air Sunday evening!

Fresh off the back of a dominant Recopa Sudamericana display, Athletico Paranaense now have to cross the swords with Flamengo. Could be a fun matchup, as Paranaense favours pressing, while Flamengo is a possession-oriented side that likes to bring the ball out from the back with short passing. However, due to fatigue reasons, Paranaense manager Tiago Nunes might favour a more conservative style of play, or might slip in a squad player or two.

Feels strange since Paranaense was on super cup duty last week and Flamengo is the biggest club of the country in terms of fans, but this is actually a mid-table confrontation between the number nine and ten of league. The one who wins this can claim a mediocre start to the season; the team that loses can declare their season start as failed.

River Plate got blown off the pitch in the first leg of this Recopa Sudamericana. If manager Marcelo Gallardo employs same strategy and shape again, they’ll get blown away again. A change is necessary, and it could something as simple as Gallardo switching over to, say, a 5-3-2, similar to what he did against Boca in the first leg of last year’s Copa Libertadores final.

That shape would match up well with Athletico’s 4-3-3 formation. You have the 3 center-backs taking care of the three Athletico forwards, the wingbacks watching over the fullbacks and three midfielders matching up with the opponent three midfielders. It would leave no natural overloads, When one team has more players in a certain area or zone than the other team. which hurt River so bad in the first leg.

Fatigue might be a factor here, as the Argentinian Primera División is finished, while Paranaense has to play Flamengo three days before this match. The difference in quality in the first match was staggering, however. Let’s see if River can claw themselves back into the tie.

Chelsea have been food for debate in Sarri’s first season in London, the essential question being ‘when is a season considered a success?’.

If success is defined as the binary concept of winning a trophy or not, Sarri is facing an absolute all-or-nothing game in this Europa League final. Sarri – linked with Juventus, where Allegri announced his departure recently – referred to this weird situation in his pregame press conference by stating ‘if the Europa League final is considered make or break, I’ll resign immediately’, going on to explain how much more nuanced success should be evaluated in a low-event sport like football.
The bottomline at Chelsea is probably that transitioning takes time and evaluating managers is hard, especially from the outside, being unaware of the exact dynamics at work in the manager-squad interactions. Essentially, finishing in the top four and reaching a European final can hardly be below the standard that is to be expected in a transition season and a first year at the club for a manager.

Arsenal share a lot of similarities with Chelsea in the fact that they’re also in a season of transition, with manager Unai Emery taking over after the Wenger-era finally came to an end. Emery enjoyed a blistering start of the season, where two opening losses, including one to Chelsea, were followed by a 22 game unbeaten streak. However, underlying numbers already indicated that these kind of results were in no way reflective of the actual quality of play, and over the second half of the season these numbers caught up with them. In the final weeks of the season, this culminated in losses against Crystal Palace, Wolves and Leicester and a draw against Brighton and a finish in fifth place, one point behind Tottenham Hotspur in fourth. What better way to rinse that sour taste than by sneaking into next season’s Champions League via the backdoor of winning the Europa League trophy. 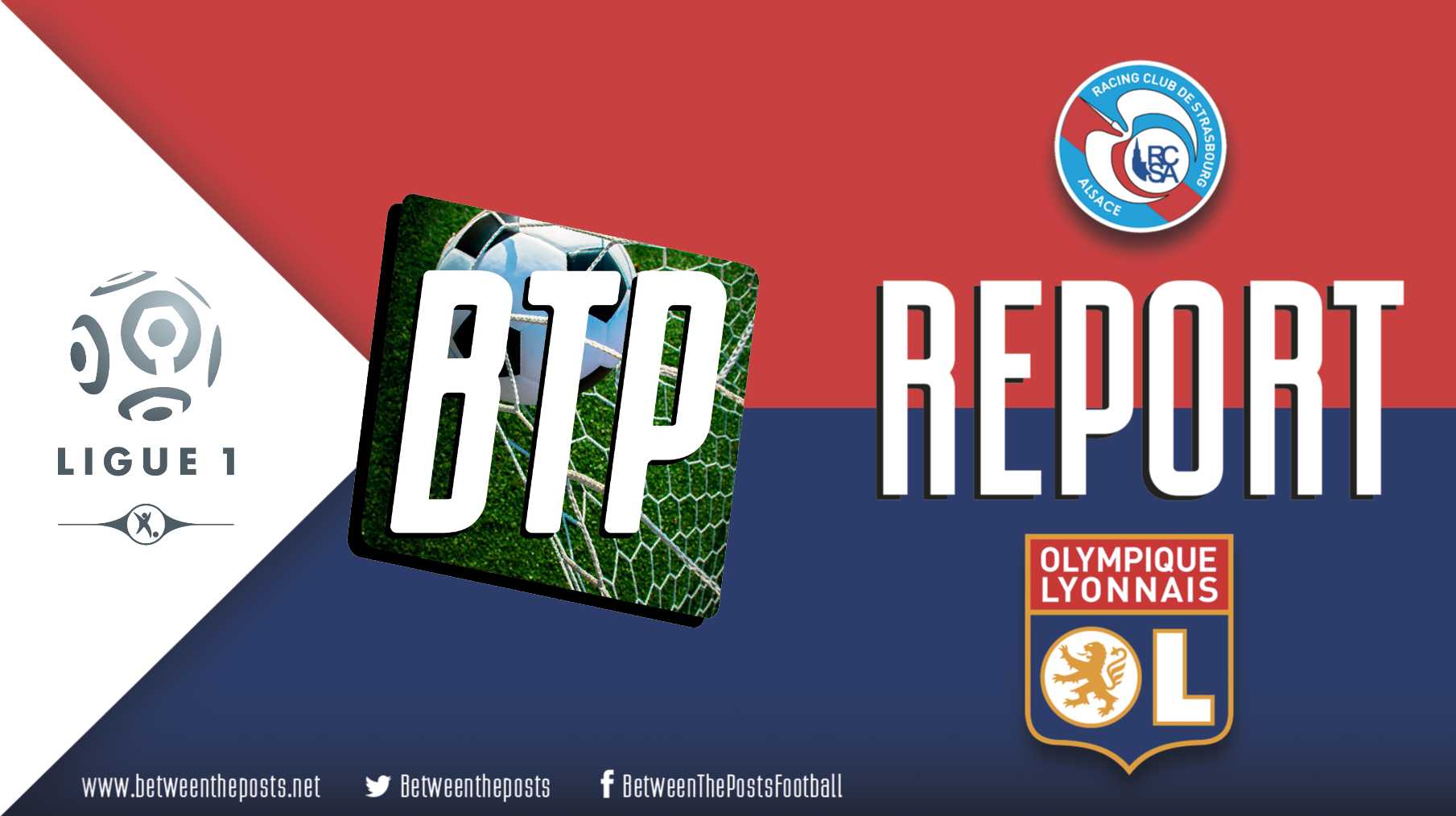