Michael Carrick made one huge gamble in midweek but had doubled down away to high rollers Chelsea. A Ronaldo-less Manchester United looked organized out of possession, as Thomas Tuchel’s team struggled for clear openings throughout the game, despite their dominance.

United need their Tuchel moment. Gone is the club legend, whose lack of structure had seen the team regress, now is the time for a new identity, to marry with an elite and adaptable squad.

In an ambitious move, Man United are close to hiring Ralf Rangnick to deliver such a structure. An elite strategist and Godfather of the gengenpress, the pursuit of Rangnick reflects a change of vision. Yet this doesn’t solve the great conundrum of Man United, where does Ronaldo fit in a high-pressing unit? Or how will it solve the imbalance in midfield? Nevertheless, his work permit meant that Michael Carrick was still in charge for the away trip to the league leaders.

Chelsea is the shining example of what a change in quality coaching can bring. Tuchel made them European Champions and six months later, their attacking play looks even more defined – most notably, how the wing-backs have been utilized. Chelsea went into this match with just four goals conceded in the league and a heavy-hitting attack, culminating in recent victories to Leicester and Juventus in the week.

Tuchel made three changes to that team that breezed past Juventus. This involved Marcos Alonso and Ruben Loftus-Cheek coming back in, as they replaced the injured duo of Ben Chilwell and N’Golo Kanté. Timo Werner was the other inclusion upfront, as he came in for Christian Pulisic.

Carrick made a huge call to his first Premier League squad. Cristiano Ronaldo was dropped to the bench, with a change of shape to the team that beat Villarreal in the Champions League. Bruno Fernandes and Marcus Rashford were recalled to the team, whilst Eric Bailly came in for the suspended Harry Maguire. Nemanja Matić was the other change, who came in for Donny van de Beek, who returned to the bench.

A better shape for the United press

With three central midfielders and three forward options, Carrick made the boldest of decisions to change into a shape that we had not seen Man United in. They resembled a 4-3-3 pressing scheme, spearheaded by Bruno Fernandes down the middle, with Jadon Sancho to the right and Marcus Rashford to the left. This was backed by Fred on the left side, who was usually higher than Matić in the center and Scott McTominay down the right.

This was a pressing shape that was narrow, which mixed between sitting more passively in the mid-block but engaged higher up the field on plenty of occasions. Triggers would usually come by one of the forwards pressing high on a Chelsea center-back, whilst the two other United attackers sat vertically from one another to keep compactness behind and stop access to the double pivot becoming easy.

Although United kept their central compactness out of possession, provided by the narrow shape, the coordination in these pressures wasn’t entirely engaged. Fred also had moments where he stepped up as far as the forward line, onto Trevoh Chalobah, which made their shape off-balanced and space opened up down the left flank. 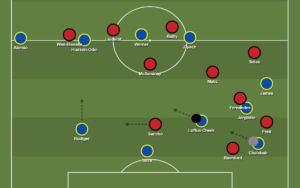 Chelsea’s center-backs offered solutions to bypass the press. Thiago Silva sat deepest to draw the forwards further and created space in behind, a long diagonal pass in the first few moments was in the buildup to a great Callum Hudson-Odoi chance.

Their biggest asset would come from Antonio Rüdiger’s charges around Jadon Sancho. Space was always accessible due to Aaron Wan-Bissaka not joining in pressing actions, whilst McTominay continued to sit deep. With United’s pressing not entirely cohesive, this led to Sancho not getting the best confrontations with the left center-back and Rüdiger was able to build momentum.

Chelsea controlled, but not clear-cut

With Chelsea having routes past their opponents’ high press, it came as no surprise that they spent the bulk of the first half in their side of the field. Tuchel’s team were in their usual 3-4-2-1/3-2-5 shape when they entered the United half, working through really wide patterns to get the ball up the field. United may have deployed a curious shape in their rest defense, but it caused Chelsea dilemmas.

McTominay dropped into the defensive line to martial Chelsea’s left halfspace, whilst Fred continued to stick vertically to Matić, who operated more as a traditional defensive midfielder. As a result, Carrick’s team resembled an asymmetric 5-1-4/5-2-3 low block, which was heavily condensed in the middle of the field and kept such compactness when Chelsea moved the ball towards the touchlines.

Throughout the first quarter, Hudson-Odoi was receiving passes on the left touchline but after twenty minutes, Hakim Ziyech would also sit on a similar position on the right. With the two wide forwards sitting outside of the Man United fullbacks, this not only gave Marcos Alonso and Reece James the positional freedom inside but also opened more passing angles for Chelsea to recycle the ball back towards the center of the field. 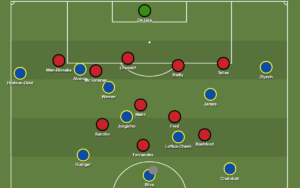 With United so deep, Chelsea could also commit their center-backs a lot higher up when circulating the ball. Tuchel’s team were flexible in their exchanges, most notably on the left with Werner also coming out of the striker position to join in rotations.

However, although the league leaders were firmly in control of the game, creating clear chances proved to be difficult. United swamped the penalty area on the second phase of attacks, especially on crosses, but Chelsea’s attack was deprived of being able to move the ball in the center of the field.

As a result, their forms of shot creation weren’t entirely top value. Rüdiger smashed the crossbar on the half-hour mark, but the closest attempt coming from a pile driver outside of the box is reflective of Chelsea’s attempts at goal. From the exception of Hudson-Odoi’s attempt just a few moments in, their shots came in low-quality areas. They may have tallied up ten shots to United’s one but hadn’t got into good enough areas to deserve a lead.

Carrick’s team genuinely resembled a team with a clear game plan off the ball. On it, things weren’t as pretty. Up to this point, United was lost for answers and had no way of getting the ball past the middle third.

They stuck to their 4-3-3 shape in possession, with McTominay as deep as Matić when receiving the ball. United was able to move the ball up to Sancho or Rashford, positioned wide in the buildup, but was unable to get the ball up the field any further. Passes would often funnel towards Wan-Bissaka or McTominay down the right side and end there, with neither player possessing the range to find another receiver once Chelsea had squeezed play down that side

This trend continued at the start of the second period; Sancho’s miss-control lead to a Chelsea transition and a cheap free-kick being conceded from Rashford on Chalobah. With an indirect set-piece dealt with, a high ball from Fernandes caused Jorginho difficulties and a bad touch lead to a two-versus-one on the goalkeeper. Sancho was given an easy option to shoot, with Rashford sitting in an offside position on the transition, but the drop off the shoulder was enough to create an angle and United took the lead having shown nothing prior.

Chelsea continued to control the ball, but they had entered their roughest periods of play. They were able to work into corner kick opportunities, but Man United was able to counter from those plays. Rashford would end up one-versus-one with Hudson-Odoi on a couple of these phases, but effective defending from the Chelsea forward and limited support for Rashford stomped out these particular moves.

Just after the hour mark, Carrick made the first substitution of the match, which saw goalscorer Sancho taken off for Cristiano Ronaldo. An interesting rotation to make when the lead has already been taken and making a strong plan stronger would be the viable option to make.

Nevertheless, Chelsea was still only causing trouble from dead-ball situations, but the wide center-backs were able to move into better areas thanks to more space being open down the channels. Set-piece scenarios are prime areas for scrappy play to form and despite not getting a shot off, Chelsea was rewarded for applying such pressure. Wan-Bissaka swung his boot to clear but ended up bringing Thiago Silva down inside the penalty area. Jorginho repented for his error earlier, by converting from the spot. 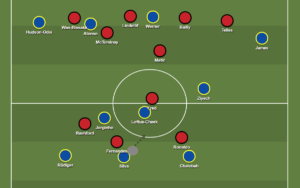 71st minute: Silva’s pass to Ziyech highlighted the distortion and dysfunctional shape that Man United’s block had turned into. So much space for Ziyech to receive, whilst the passing lane was left open.

From this point onwards, Chelsea regained the reigns and worked the ball into better areas. With Man United’s defensive shape being more distorted, more gaps appeared out wide for Rüdiger to dribble into and centrally, with McTominay almost exclusively part of the defensive line by this period of the game. Despite Chelsea turning momentum, it took until the 78th minute for Tuchel to make his first change and it was even more confusing than it sounds.

Both Alonso and Hudson-Odoi, the players on the left side, were replaced by Pulisic and Mason Mount, but neither man took up a position on that side. Instead, Hakim Ziyech and Reece James moved into that left channel, but Chelsea’s game plan didn’t alter after this point.

Chelsea continued to turn to a lot of crosses as a source of chance creation but made more combinations down the right to try and create more space at the back post. Romelu Lukaku also came on but didn’t offer much in the final ten minutes. The best opportunity came right at the death, with Pulisic’s cross made for a connection at the back post. Rüdiger, on the edge of the six-yard box and in space, absolutely skied the ball into the Chelsea home end, as the game drew to a close.

Though Chelsea should have claimed all three points, their attacking display wasn’t that convincing in the first period. They were forced wide and produced neat combinations to get the ball forward but didn’t access the penalty area as much as they should have. Tuchel’s delay in substitutions was also a curious choice, as Chelsea had firmly regained momentum in the final twenty minutes.

Whether this might be Carrick’s one and only Premier League match as manager, at least he delivered some form of an effective game plan against the current Champions League holders. Man United are a difficult fix, but it’s a team blessed with offensive quality. The midweek clash with Arsenal is a big game for European contention. 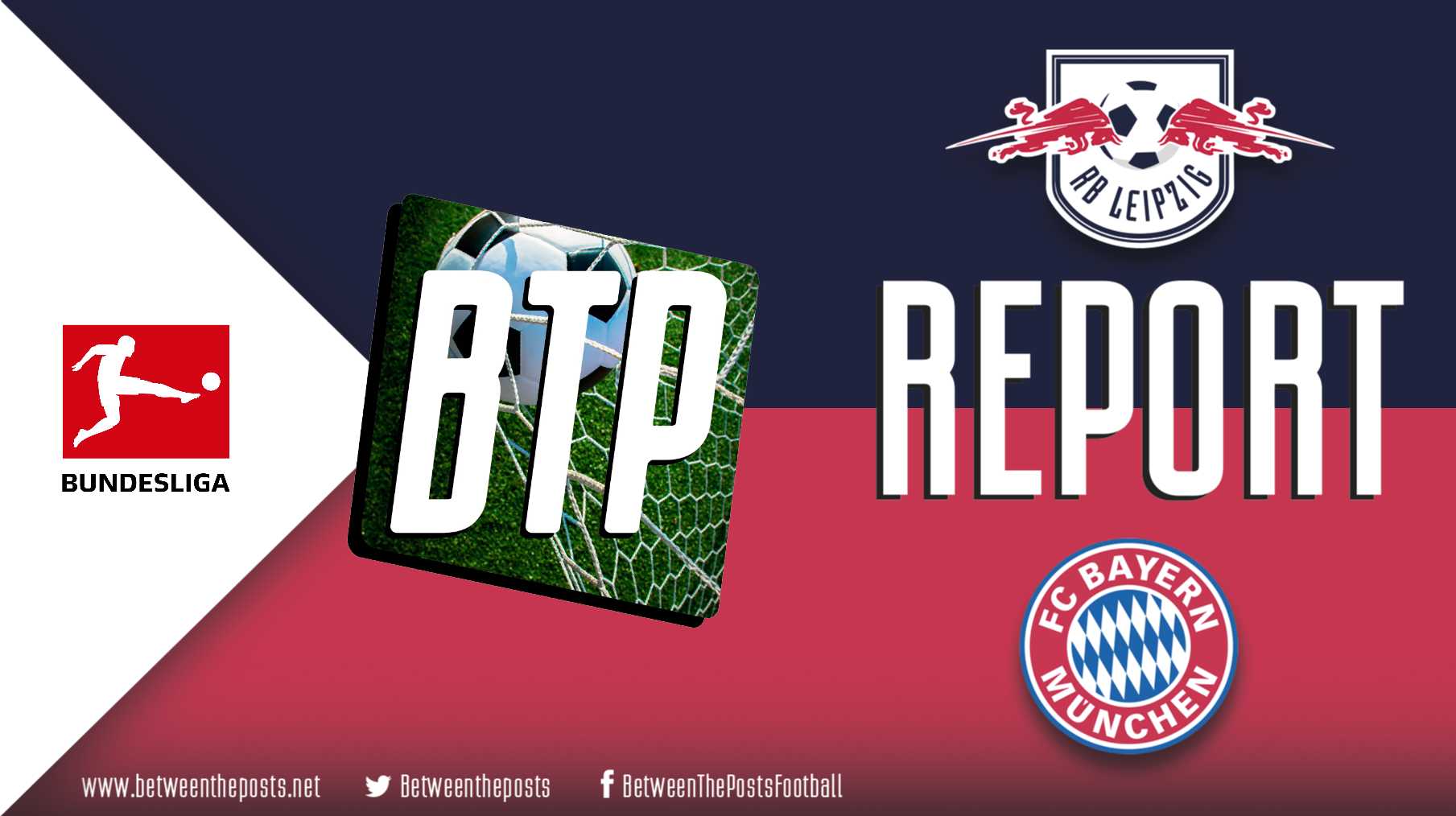 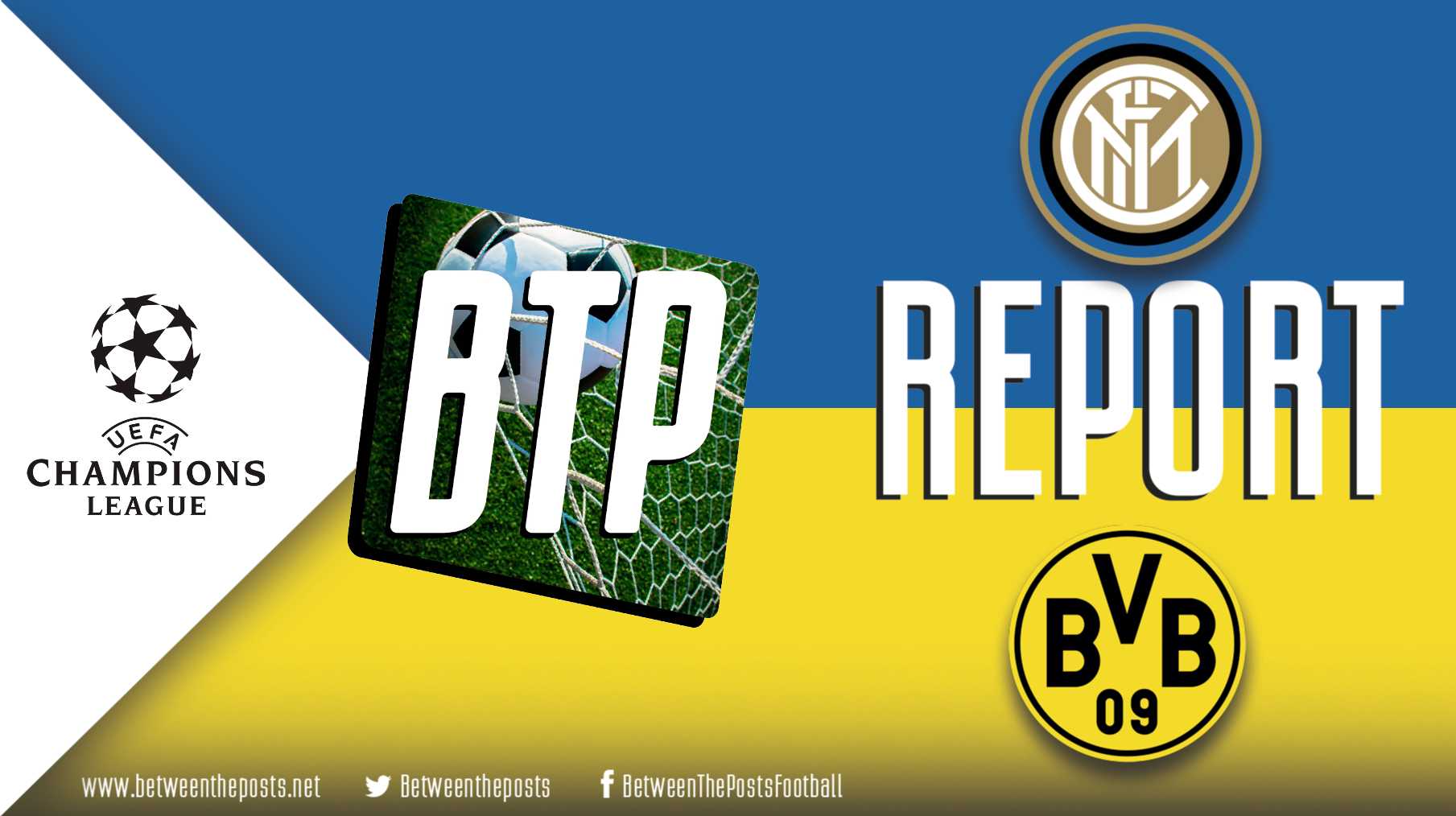