Croatia advanced to the quarter-finals of the 2022 World Cup as they secured the victory by winning the penalty shootout. Both teams scored a goal each, but ultimately the occasion and the pressure that came with the shootout proved too much for Japan. Dominik Livaković’s three saves from the spot kick will go down in the history books and etch his name into Croatian folklore.

Japan and Croatia had very different paths arriving at the first phase of the knockout rounds. The 2018 World Cup’s runners-up began their campaign with a stalemate against eventual group winners, Morocco, but followed it with a convincing win over Canada. As a result, they faced a make-or-break tie against Belgium, where they ultimately crawled over the line with another goalless draw.

Japan, on the other hand, stunned Germany in their first game before falling to Costa Rica in their second. They did, however, live up to their ‘dark horse’ tag with a comeback victory over Spain, which meant that they topped the group. Hajime Moriyasu has shown tactical flexibility throughout the tournament and hoped to secure Japan’s quarterfinal birth for the first time in their history.

Zlatko Dalić opted for the same backline from their last game, apart from a forced change at left-back as Borna Barišić came in place of Borna Sosa. The midfield has been the heart of their success and was unchanged, whilst Ivan Perišić and Andrej Kramarić continued on the flanks. Bruno Petković replaced Marko Livaja as the central striker.

Japan once again picked a 5-2-3 formation with Shūichi Gonda continuing in goal. Takehiro Tomiyasu, Maya Yoshida, and Shogo Taniguchi formed the back three, while Junya Ito and veteran Yuto Nagatomo played as the wing-backs. Wataru Endo partnered Hidemasa Morita in the middle of the park, with Ritsu Doan, Daichi Kamada, and Daizen Maeda acting as the front three.

Japan start on the front foot

Japan have been slow starters this tournament, but their performance in the first quarter of the game was different this time around. Early in the match, they pressed Croatia higher up the pitch and looked threatening in possession, especially from the right flank, with Ito using his pace to bypass the opposing full-back and delivering crosses into the penalty area.

The wing-backs advanced high up the pitch, while the double pivot (Endo and Morita) stayed close to each other. The wingers, meanwhile, were given the license to drift and rotate in the half-spaces. Moriyasu’s side found joy between the lines as Luka Modrić and Mateo Kovačić were tight to Japan’s double pivot, which provided space for Kamada and Doan to receive on the half-turn and run at the Croatian backline.

Japan’s shape out of possession stood out in their games against Germany and Spain. Similar to their group stage matches, the 5-4-1 structure kept Croatia at bay and forced their chief creators to drop deep in order to receive the ball. Croatia’s full-backs were also closed down quickly by Japan’s wing-backs once they received the ball. 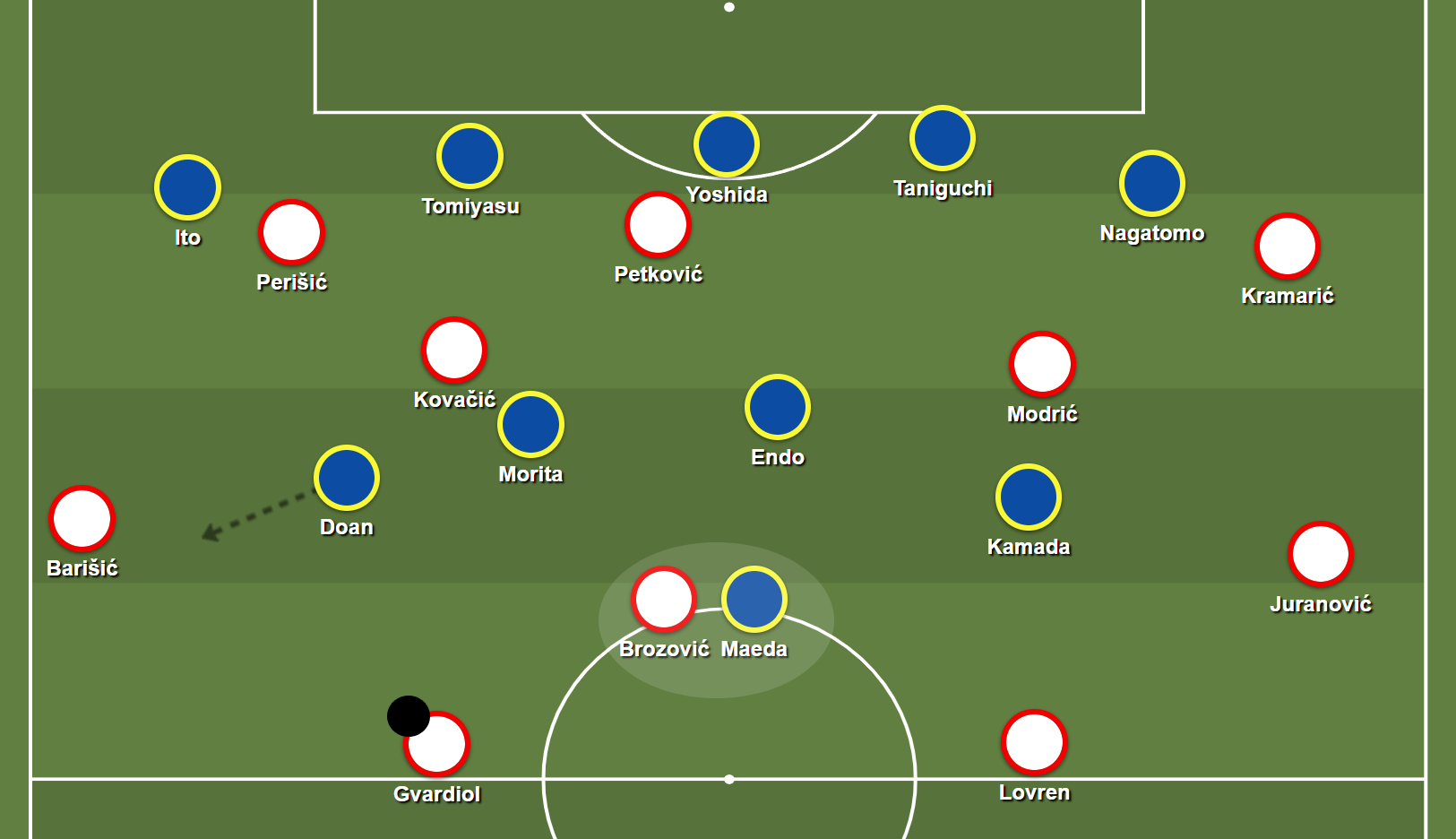 Japan’s 5-4-1 medium block. Maeda was stationed on Brozović. The ball-far winger (Kamada) moved inside to mark the central midfielder (Modrić), while Doan is ready to press Barišić if Gvardiol plays the ball to him. Japan closed the space centrally and were quick to engage Croatia’s fullbacks.

Croatia were tidy in possession, but their only means of creating chances were through the runs made by their wingers. As Japan’s wing-backs engaged their opposing number, Perišić and Kramarić were isolated against the center-backs. The likes of Modrić and Brozović found them on a couple of occasions, but Moriyasu’s side dealt with the danger that came their way.

As the half moved on, Japan started growing into the game with a period of sustained possession as their opponents sat back, inviting pressure. They were eventually rewarded for their efforts via a well-worked corner. Doan’s first-time cross found Yoshida in the box and he squared it to Maeda, who scored a simple tap-in. Japan were in uncharted territory going into the break, but they certainly deserved their lead.

Croatia came out of the break with a determination to draw the scores level and hence started pressing from the front. Their defensive line was pushed high, and it started with the wingers closing down the wide center-backs, while Modrić and Kovačić stopped Japan’s central progression through the double pivot. But the biggest change from the first half was Croatia’s intent to be direct in possession and target the spaces between Japan’s center-backs.

There were glimpses of Perišić drifting in behind, but in the second half, he regularly caused problems for Tomiyasu and Yoshida alongside Petković. Modrić also dropped deep, which allowed right back Josip Juranović to advance up the pitch and provide crosses into the box. Croatia overloaded Japan’s penalty area, and they scored the equalizer courtesy of Perišić’s incredible header from Dejan Lovren’s delivery into the box. 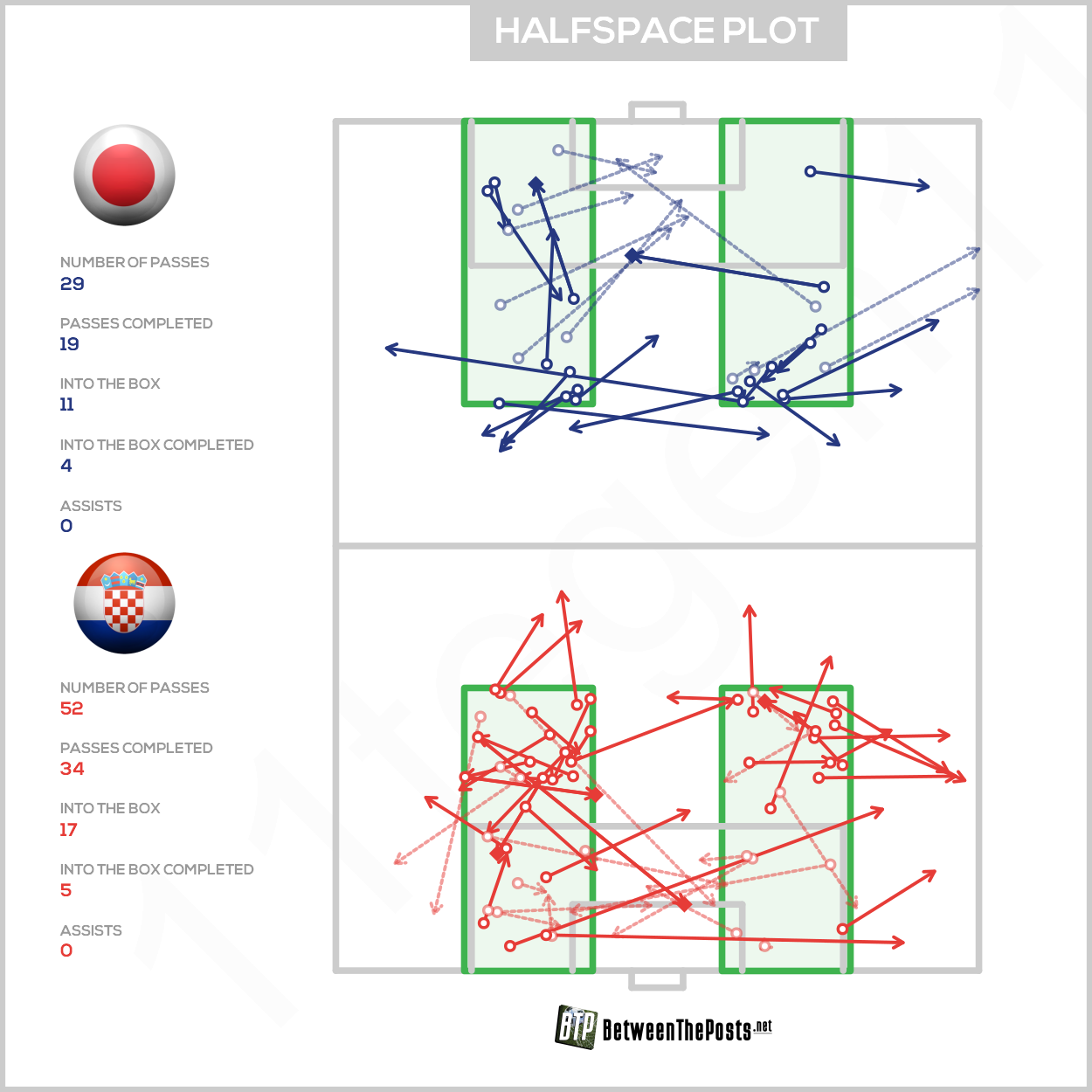 Nonetheless, Japan were dangerous on the transition and had a couple of chances of their own. Ten minutes after the equalizer, Moriyasu introduced Kaoru Mitoma and Takuma Asano in a hope that they can once again change the game state. As the game got stretched, both teams had a few opportunities to go in front, but it ultimately ended in a draw, resulting in the first instance of extra time during the 2022 World Cup.

Japan looked fresher compared to their opponents and carried an offensive threat through their substitutes, Mitoma and Takumi Minamino. However, Croatia showed their resilience in defending tight situations as the game proceeded to the penalty shootouts to decide the winner. Experience was the key here and Croatia had plenty in their bank, with Dominik Livaković saving three penalties to send his country to the quarter-final.

Croatia struggled to break Japan’s stern 5-4-1 defensive shape but bounced back in the second half, which will have pleased Zlatko Dalić. Their experienced stars stepped up with Perišić scoring a crucial goal, while Marcelo Brozović calmly hit the back of the net during the penalty shootout.

Perhaps there is something about Croatia in the knockout stages, as they haven’t tasted a knockout victory in normal time since the 1998 World Cup. This sets up a mouth-watering clash with Brazil for a place in the semifinal, but the game will undoubtedly have a different dynamic than this one.

Japan gave their all during this World Cup. Although they have once again crashed out from the round of sixteen stage, Moriyasu’s side will take heart from the fact that they defeated mighty Spain and Germany in a space of two weeks. The seed they planted a few decades ago is blossoming into a fully-fledged tree, and a new generation of exciting players have certainly left their mark on this tournament. 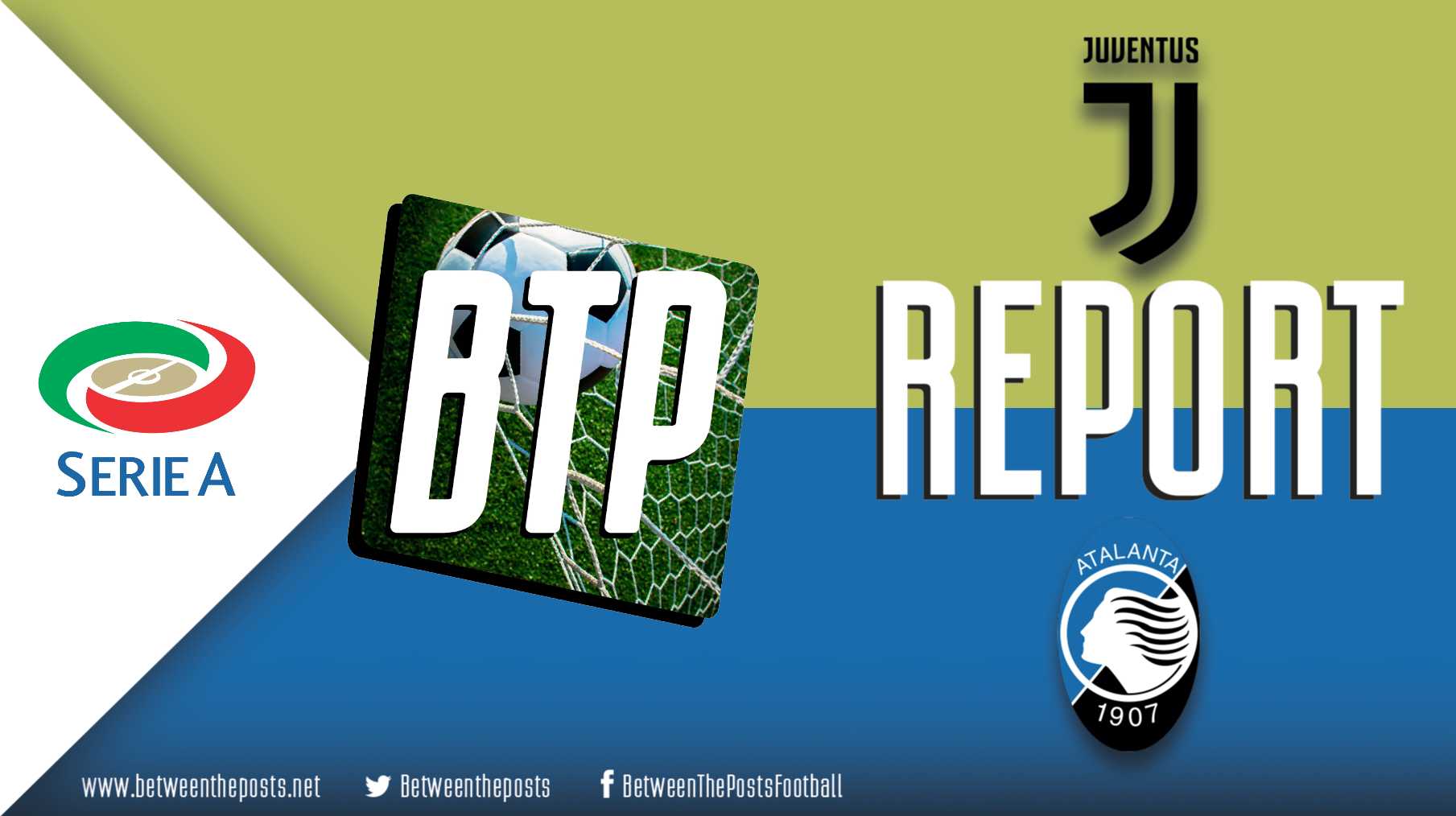 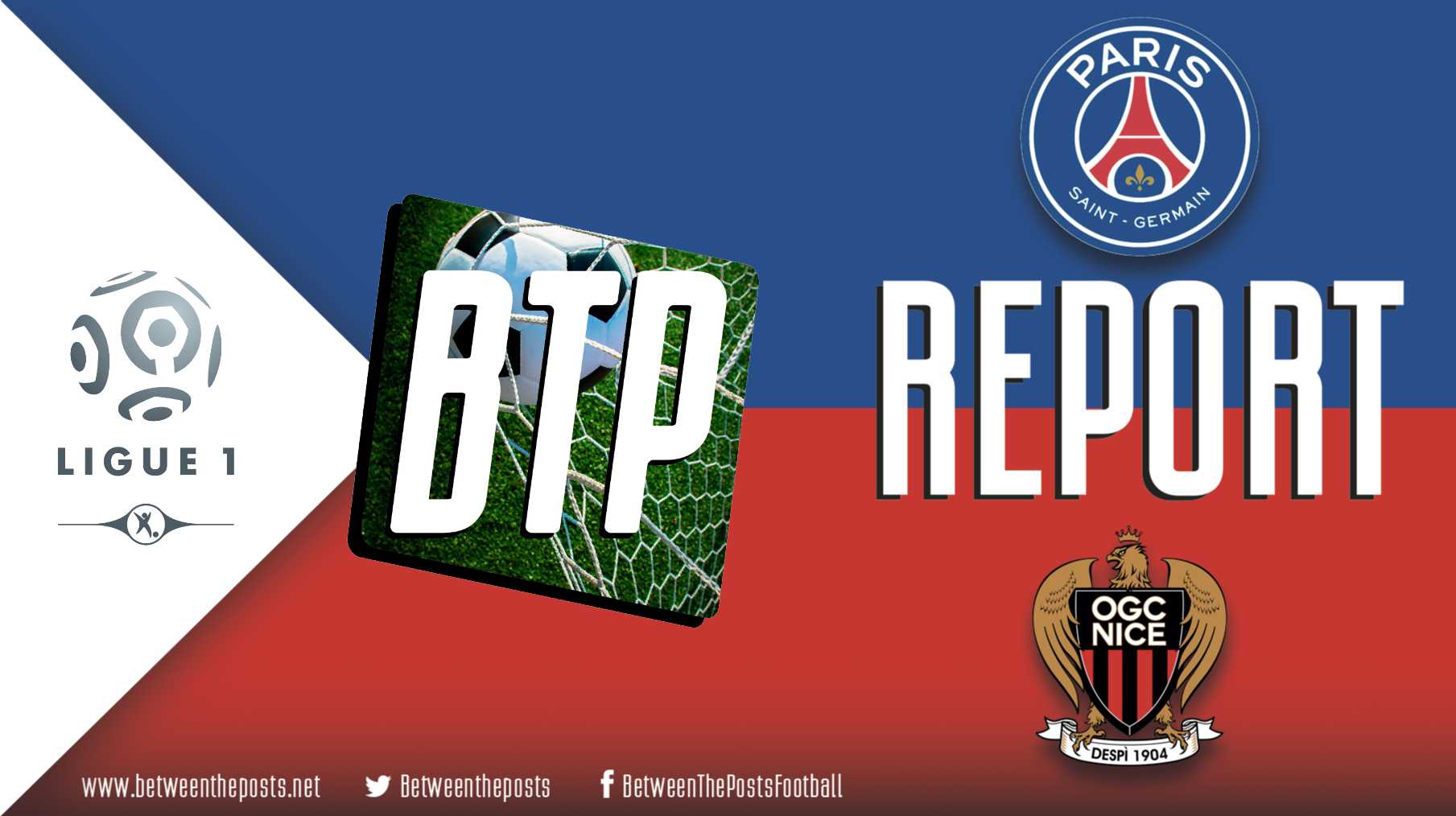