From an entertainment perspective, Manchester United and Chelsea played out a rather unspectacular affair at Old Trafford, as both managers focused on defensive stability without taking too much risk initially. In the second half, United tried to open the game up a bit more with the introduction of Paul Pogba and Edinson Cavani, however they did not have the answers to beat Thiago Silva and co. in the Chelsea backline.
Tactical analysis and match report by Josh Manley.

A lot has changed at Chelsea since Frank Lampard made his managerial debut in the Premier League with a 4-0 defeat in this fixture last season. The addition to the squad of talents such as Thiago Silva, Ben Chilwell, Hakim Ziyech, Kai Havertz and Timo Werner add a new level of expectation, and Lampard must find a way to get the best out of these players. So far they have had mixed fortunes, dropping points against West Brom and Southampton as well as losing against Liverpool. The performance in their opening day win against Brighton was not overly convincing either.

Manchester United had their own unconvincing win at Brighton . . . 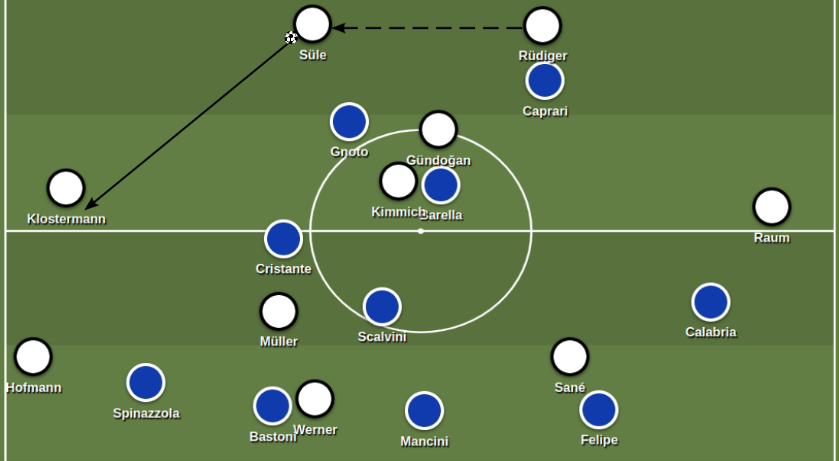