A first half red card for both sides upset the dynamics of this game. PSG – Olympique Lyon offered top players more space and time on the ball than usual. Kylian Mbappé took full advantage, scoring four goals to dominate the headlines. Apart from that, this match also offered interesting insights into Tuchel’s tactical thinking for the season.

In France, PSG are in a Ligue of their own. Eight matches, twenty-four points. Speaks volumes, doesn’t it? In those eight matches, manager Thomas Tuchel has experimented with different formations both in and out of possession, varying with player roles as well.

Against Lyon, PSG’s started in a somewhat traditional 4-2-3-1 formation. Marquinhos – in who Tuchel sees a holding midfielder – played in the double pivot alongside Marco Verratti. The scary trio of Ángel Di María, Neymar and Kylian Mbappé was deployed just behind prolific striker Edinson Cavani. Veteran Gianluigi Buffon got the nod in goal, as the goalkeeper spot at PSG is rotated.

Olympique Lyon’s results have been a mixed bag so far. They have four points from two matches in the Champions League – beating Manchester City in the process – but struggle to perform consistently in Ligue 1. The exciting 4-4-2 diamond formation from last season has not been used as much anymore, as manager Bruno Génésio is now back to a 4-2-3-1 system. In defense, this transitions into a 4-4-1-1 shape.

Disastrous opening phase for Lyon
In the first ten minutes of the match, Lyon went 1-0 down and lost their best player. As early as the second minute, both captains collided in a scrappy duel for a lost ball. Lyon’s captain Nabil Fekir hurt his foot badly and had to be taken off in the seventh minute, after having spent several minutes having his injury nursed.

Two minutes later, Lyon were already trailing, on the first instance that PSG managed to get into Lyon’s penalty area from open play. A ball over the top to Mbappé was handled badly by left back Farland Mendy. Goalkeeper Anthony Lopes made a bad decision to come off his line and fouled Mbappé inside the box. Neymar – of course – converted the penalty.

Tuchel teaching his team how to defend?
It is worth noting that in the first thirty minutes, Lyon had more possession, racking up nearly sixty percent – a massive amount, playing away from home against PSG. The first ten minutes had been scrappy, with Fekir’s injury, Lyon settling in a 4-4-1 shape while he was being treated at the touchline, and Neymar’s penalty goal.

It is hard to say whether this defensive stance and allowing Lyon to have the ball was a choice by Tuchel from the start of the match, or if he instructed his players to defend a bit deeper once the lead was acquired.

Lyon arguably have the best attack in the league after PSG, so maybe Tuchel picked this match to test whether his team can form a solid defensive organization against an attack that offers Champions League quality. If that was the case, he must have liked what he saw. 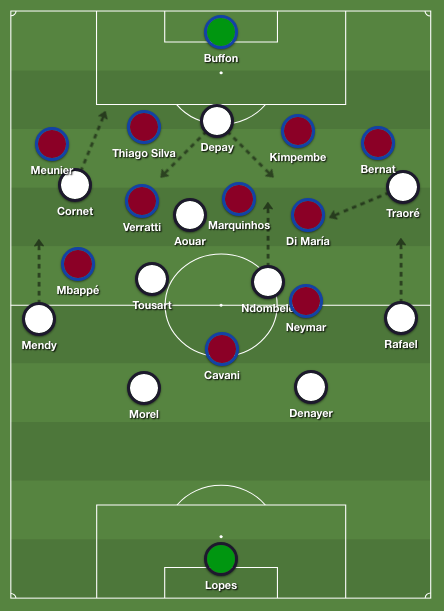 When they were not pressing and trying to contain Lyon on their own half, the Parisians formed a flat 4-3-2-1 against the ball. Sometimes Neymar tucked a bit more inside alongside Cavani, and the defensive shape was reminiscent of the 4-4-2 formation that World Cup winners France deployed out of possession.

Mbappé played in that right-sided midfield role with great success at the World Cup in Russia and – coincidence or not – flourished against Lyon as well. By allowing Lyon plentiful possession, but effectively limiting their options on the ball, PSG succeed in their aim to take the air out of this game.

Two red cards before half time
Having a majority share of possession is one thing, creating quality chances is quite another. Against PSG’s defensive organization, Lyon failed at the latter. Their problems in possession are often the same under Génésio: his team lacks clear spacing and positioning. which limits the options for their impressive attacking talent to flourish. As a side effect, the large distances between players make it difficult to deploy a good counterpress. After losing possession, a team immediately moves towards the ball as a unit to regain possession, or at least slow down the pace of the counterattack. 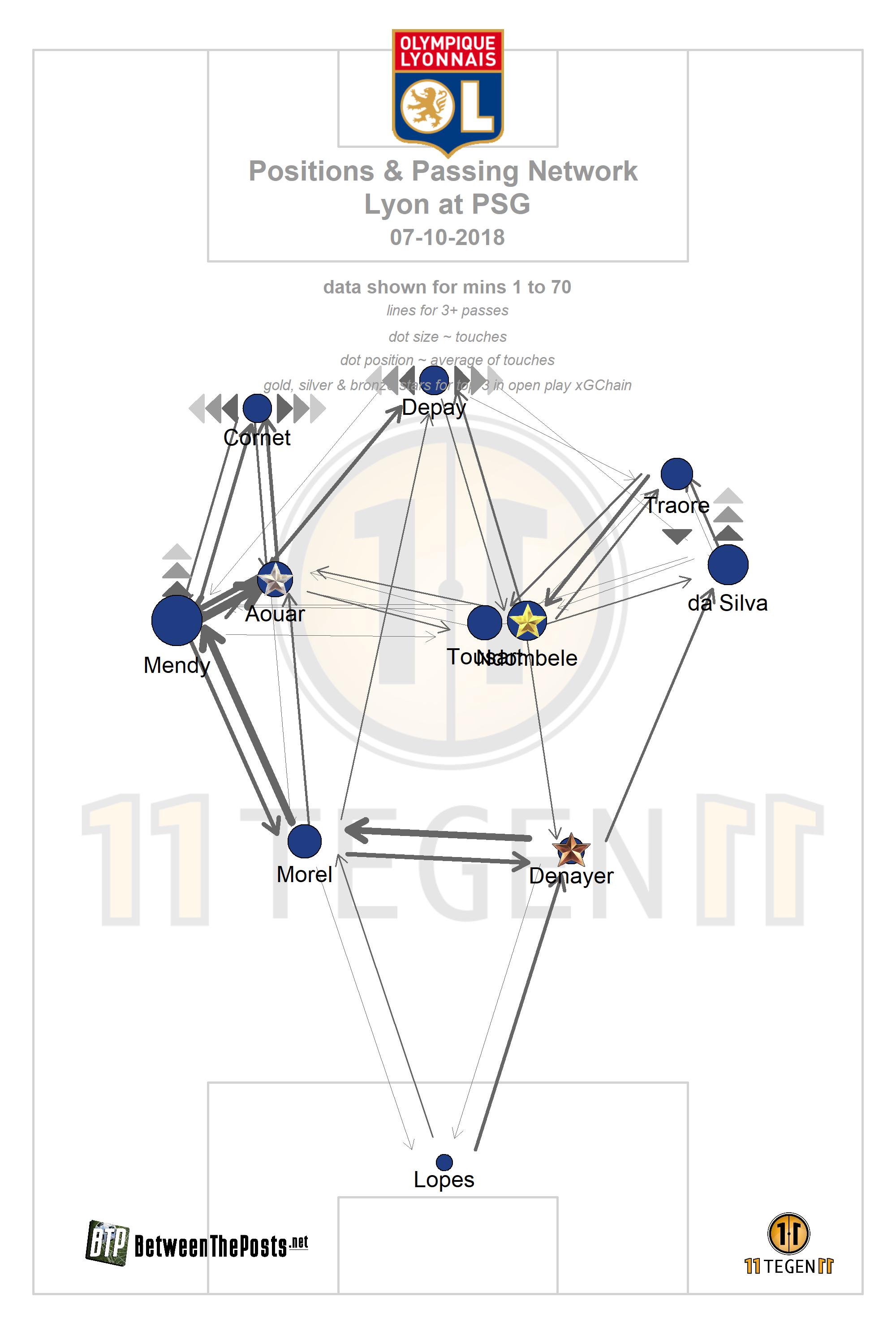 The passmap shows the large distances between Lyon’s attackers, and the lack of interplay among them.

In this match, the same thing happened time and time again, with especially the flank-play being dull and uninspired. Every time Lyon lost possession on PSG’s half, Mbappé en Neymar were lurking in the space between the opponents defense and midfield to launch quick counterattacks.

In the 31st minute, Presnel Kimpembe fouled Lyon’s excellent dynamic midfielder Tanguy Ndombele. The video assistant referee proved its value once again, as Kimpembe was sent off for this bizarre challenge, after initially receiving just a yellow card.

With PSG a man down, Lyon had even more possession, but once again they could not sting. As a reaction to the red card, Tuchel quickly took off Cavani for central defender Thilo Kehrer and let his team play in a 4-3-2 organization against the ball.

With neutrals – and Lyon fans – licking their lips to see how this ten-versus-eleven situation would play out for PSG, Lyon shot themselves in the foot. Holding midfielder Lucas Tousart managed to get sent off, just a couple of minutes before half-time. Both his yellow cards were deserved though, the second one coming after a foul on Mbappé to stop a counterattack. It would have been a smart tactical foul, but less so if it means your team loses its numerical advantage.

Ten-versus-ten is fun…
A ten-versus-ten spell in a match is a rare occurrence. The fact we got to see a whole half of it between two sides that feature elite attacking talent, was a treat. Naturally, there is more space to play in, while both teams are still equal in numbers so it is not a case of one team being able to dominate the other. As the match wears on, players will be more fatigued than normal, so the spaces will open up even more.

In this case, both teams decided to play a 4-2-3 formation in possession, which of course is very attacking if you think of it, especially when the attackers have the quality to go in behind the defense or to come into midfield and distribute play from there.

It is also very common for fullbacks to push up high to create width for a team, and both teams kept doing this. This automatically meant that the rest defense A team’s defensive organization at the moment that the ball is lost to the opponent. was hurting from it.

While both teams deployed the same formation in possession, their approach against the ball was different. Lyon formed a 4-4-1 formation, while PSG persisted in playing a 4-3-2 formation, leaving Di María with the freedom to either press Lyon or fall back into the organization.

…unless you are playing against Mbappé
Just how open this game was, was illustrated in the 54th minute, when both teams hit the post within thirty seconds of play. Mbappé hitting the post was a sign of things to come.

It probably won’t make the headlines, but before his four-goal flurry, Mbappé actually went through a rough finishing spell, missing three very big chances before he actually scored his first. From then on though, he became unstoppable. Being slid through by Neymar and other PSG players time and time again, the young attacker kept getting in prime scoring locations. The 3-0 came in the 64th minute after a good PSG counterpress. Marquinhos squared it to Mbappé, who put PSG 3-0 up.

With the score now escalated to 3-0, Génésio probably should have called it a day and retreated Lyon in their 4-4-1 formation, committing less players up front when they were attacking. He did not, and chose to maintain a high defensive line. Mbappé scored another two and Lyon were sent home with a 5-0 defeat.

Takeaways
This was a highly entertaining match because of the two red cards and the unusual amount of space it yielded for both teams to play in. Still, Tuchel’s original approach in the first half should not be forgotten. Teaching his team to play successfully in a mid-block can become a theme this season, as the German manager knows his prime need is to get his team ready for the decisive stages of the Champions League.

Lyon did not have an off-night, but also did not play well. The key moment for them in this match was Tousart’s red card, which robbed them of the opportunity to test themselves eleven-versus-ten against PSG. The fact they did not retreat after going down 3-0 was a bit naive, after being punished by PSG’s counterattack time and time again. The challenge for Bruno Génésio – to fix his team’s structural problems in defense – still stands. 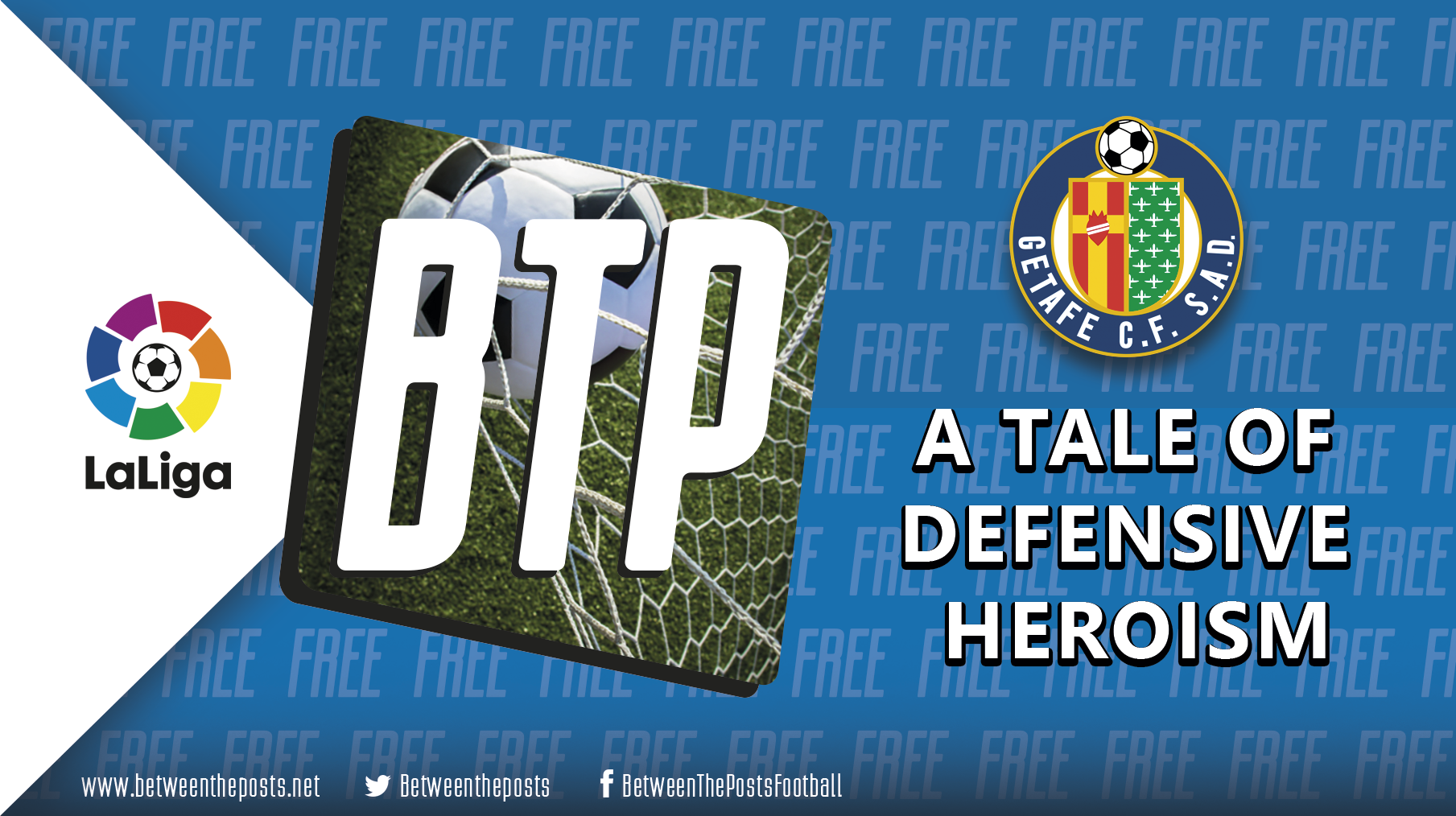 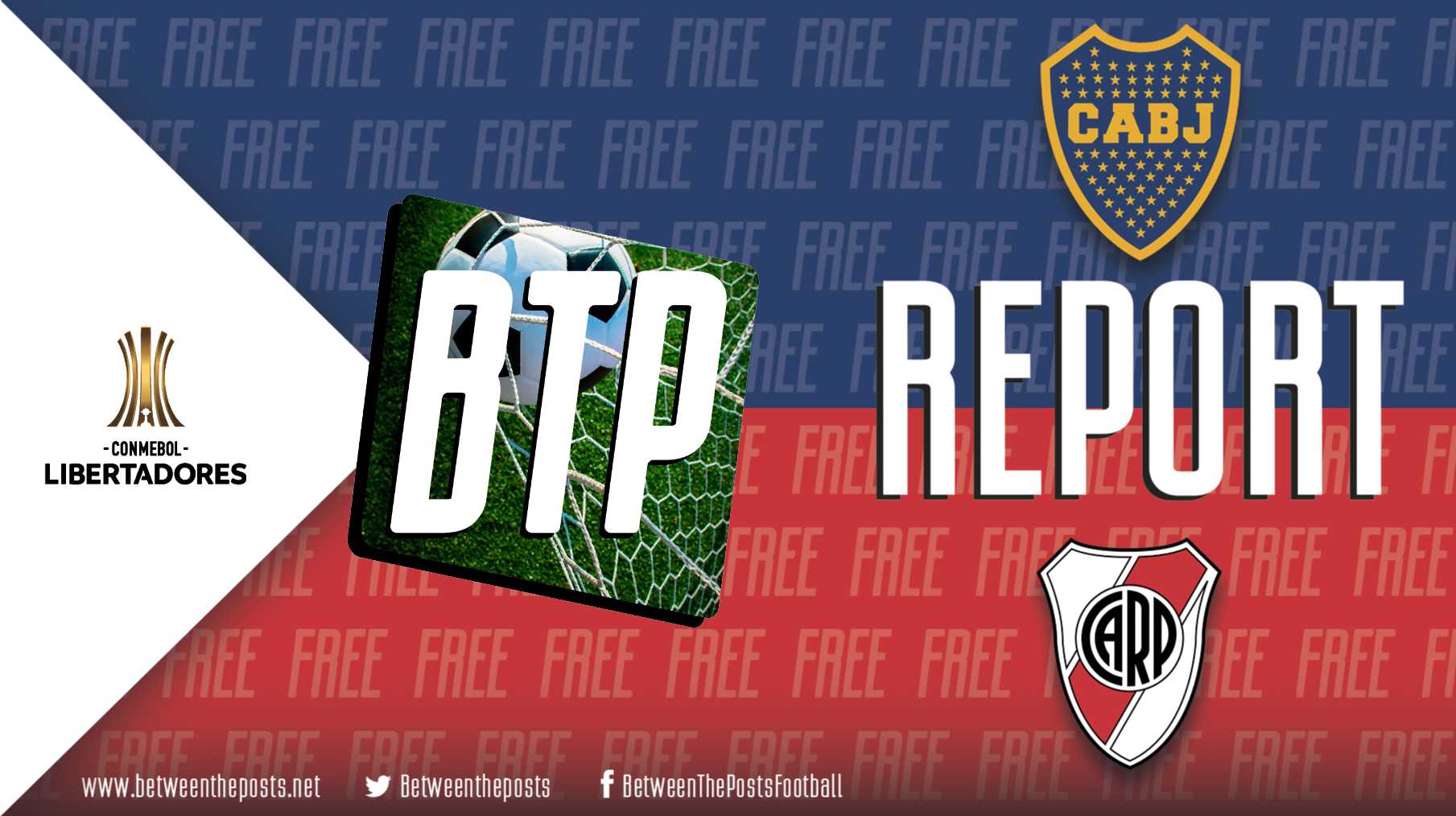