Welcome to the weekend primer of Between the Posts, where we preview the matches that will be covered during this weekend, including a little preview of these matches. Will it happen for Liverpool? Or will Manchester City win at Brighton to regain the Premier League title? We have you covered on both matches, so whatever happens, you can read why it happened that way on Between the Posts. We are also covering the race for European tickets in Italy and France, the Brasileiro is starting to take shape and an MLS cracker is on the menu. And we do something special in Germany this time…

Normally, we decide beforehand which matches we will cover. The Bundesliga makes it impossible to follow that process this weekend, however.

With two games to go, the race for the European spots might be more interesting than the title race. Leipzig – Bayern would normally be a no-brainer for us, but the specific circumstances surrounding that fixture might turn it into a very dull affair. Leipzig can hardly move up or down the league table anymore, and Bayern don’t have to seal the deal today. Might be a boring 0-0, or narrow Bayern win.

Hot team of the moment Leverkusen away at Schalke, a pivotal match in the race for fourth spot, then? A clash between Dutch managers Huub Stevens and Peter Bosz might offer some spectacularly – and naive – football. Should we ditch Dortmund altogether? Track Frankfurt’s incredible run towards the fourth place?

Because it was so hard to choose this time, we decided to give our Bundesliga specialist Max an afternoon off, see what will happen on various pitches and decide afterwards. If Leipzig are able to stun Bayern, that could be fun. You’ll find out on Sunday; stay tuned.

Fiorentina and Milan are two examples of Serie A teams not living up to expectations. In fact, one could make the case that in the whole of the Serie A, only Atalanta Bergamo is genuinely having a great season, while most other teams either match expectations – Juventus, Napoli, Inter for example – or are on course to disappoint in the final standing.

Fiorentina dismissed manager Stefano Pioli after nearly two years of service, only to see Vincenzo Montella not exactly setting things alight with just a single point from four league games and the loss at Atalanta in the semi-final of the Coppa Italia – albeit after a decent display. Milan have a pragmatic manager in Gennaro Gattuso, and sparked by winter signings Lucas Paquetá and Krzysztof Piątek they have recovered from a poor first half of the season. To achieve their aim of qualifying for Champions League football, however, they will need to make up three points on current fourth placed Atalanta.

One more thing to look out for in this clash is the sheer abundance of young talent on display. Fiorentina and Milan are the youngest teams in Serie A by some distance. Players like Alban Lafont (20), Nikola Milenkovic (21), Federico Chiesa (21), Giovanni Simeone (23) are among the pearls at Fiorentina’s side, while Gianluigi Donnarumma (20), Alessio Romagnoli (24) and Lucas Paquetá (21) can be considered likewise at Milan. 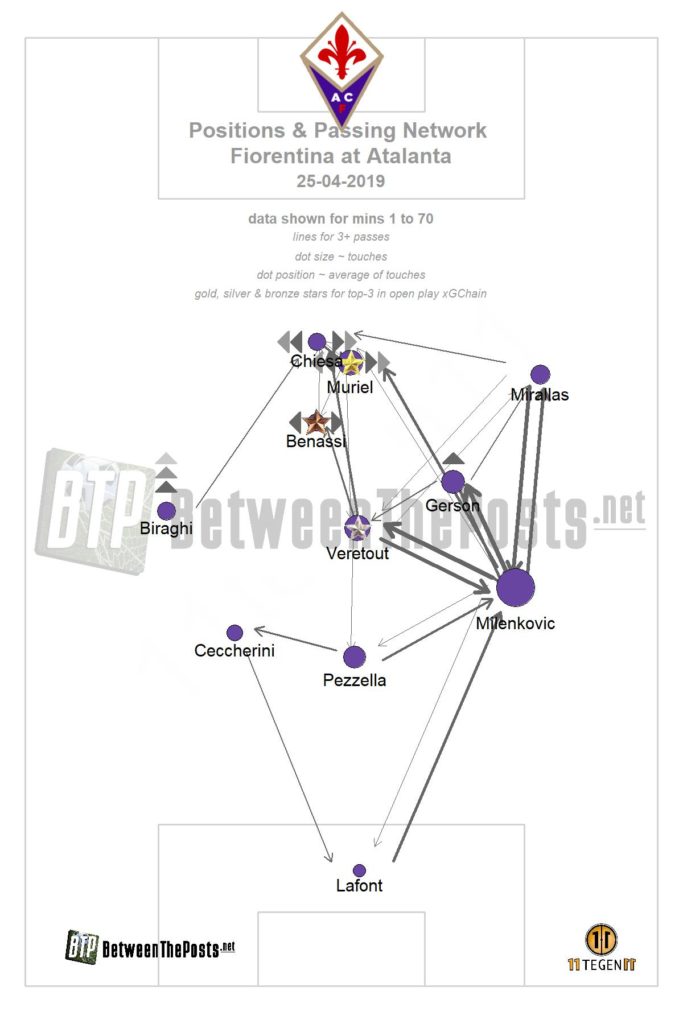 East meets West as representatives of the two most famous cities of the country – and the world – square off on the soccer field. Don’t worry, we will still call this beautiful game ‘football’ on this website, but when MLS is concerned, it has to be ‘soccer’.

The Galaxy started the season well, briefly topping the Western Conference standings, before losing two in a row and dropping to second place. They have a guy up front you might have heard of, he did some cool things in Europe before tearing up defenses in the MLS.

NYCFC have drawn six matches already, out of ten matches played. Football, being the low-scoring sport it is, and finishing being as random as it is, their season could have very easily tipped either way. Since introducing a new striker up front in the form of Heber, NYCFC have now taken ten points from their past four games however, making them one of the most in-form teams in the MLS and turning this clash into a top team out of form and a mid-table team in form. Those tend to be fun.

Just three matches into the season, we’ve already got a clash between two of the biggest clubs who both really need a win. Corinthians have come off a good preseason, with a third consecutive Campeonato Paulista win. Even though the play under manager Fabio Carille has been unspectacular, results have been good, with the 2017 Brasileiro title still quite fresh in the minds of the fans. However, Corinthians opened with a loss at Bahia and just last week also dropped points at Vasco, meaning their just in a mid table position so far.

Grêmio are set out to improve on last season’s fourth place, but home losses to Santos and Fluminense – in spectacular fashion – have derailed their hopes of a clean start in the league. A lot will depend on whether Grêmio will be able to hang on to Everton over the summer, with many European clubs rumored to be interested. The spotlight this early season has also been caught by twenty-year old Jean-Pyerre, whose offensive midfield performances have been a joy to behold.

A top clash with lots at stake already this early in the Brasileiro.

Back in action on Saturday! But can we just take a moment to check out coach’s style? 😎 Sharp! pic.twitter.com/0SHV2sSkDm

Even though they are playing away from home, Manchester City have an easier match than Liverpool. All they have to do to win the Premier League title is beat a club that has nothing to play for except earning Liverpool’s respect. The last match Brighton won in the league came in early March. If City indeed manage to win the league, Vincent Kompany’s strike at Leicester City will probably be remembered fondly by City fans as the genuine pivotal moment that brought them the title.

Sounds easy? Well Brighton indeed aren’t exactly world-beaters, or else they wouldn’t have been seventeenth in the league table. They did almost hold Liverpool to a draw, and actually drew against Arsenal.

City’s home win over Brighton in September was about as routine as it gets. No pressure in September however, and City’s squeeky play against Leicester might suggest a huge surprise will be on the cards. Pressure of grabbing a trophy does funny things to players’ abilities. Stay tuned. 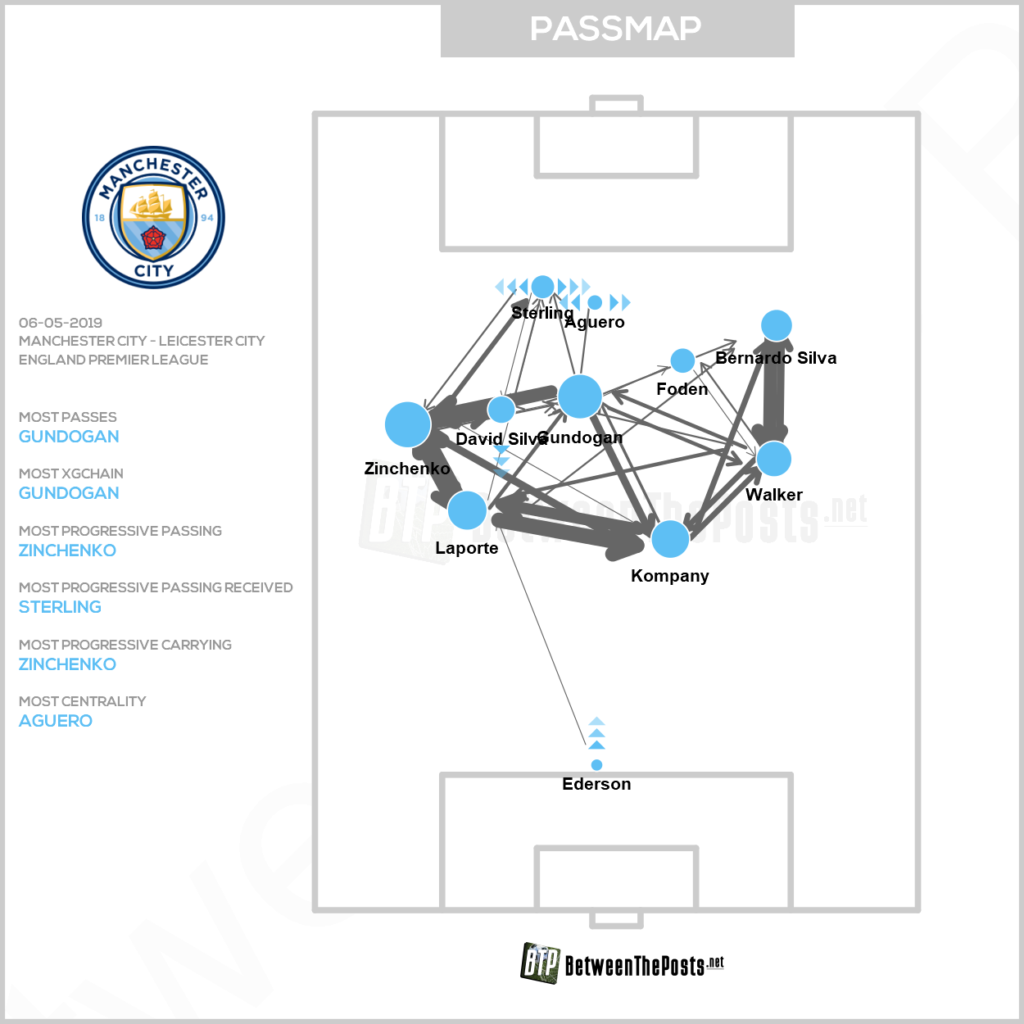 After reaching back-to-back Champions League finals, Liverpool now have a chance to win the Premier League. Beside a small miracle at Brighton, they will also need to overcome the league’s number seven, Wolverhampton Wanderers.

Wolves are terrible to play against. A stubborn, fit and well-drilled side, knowing exactly what they want to achieve in every phase of play. They are exactly the type of team a possession-based team might struggle against. As this is the preferred style of play for more or less all of Europe’s super clubs nowadays, this is why they have been able to accumulate so many positive results.

In both the FA Cup and the league, Wolves have gotten away with a draw or win against the entire top-six. They knocked both Manchester United and Liverpool out of the cup. No easy game by any means, but after this week’s spectacular Champions League final berth, it’s fair to see Liverpool like a challenge. 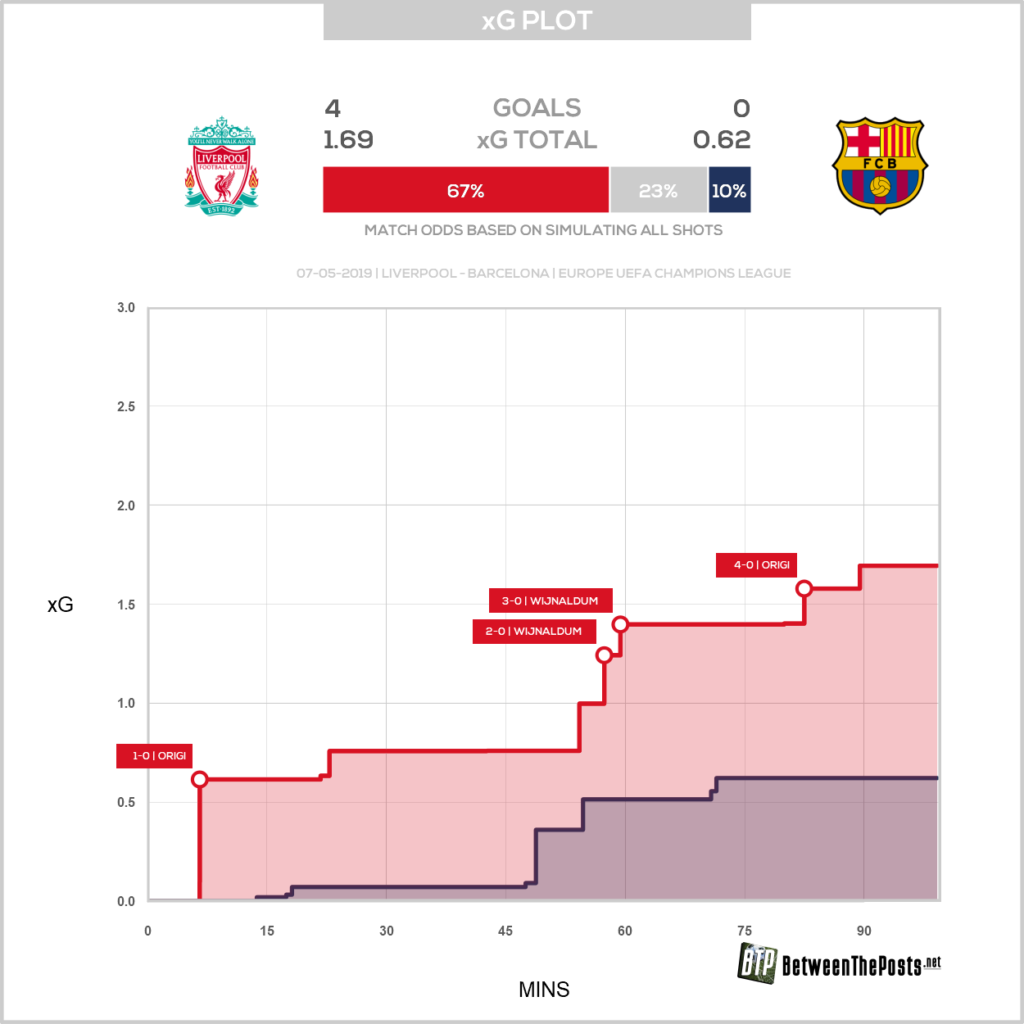 Atlético’s season has been over for a while and it has been a bit of a mixed bag really. They started out by winning the season’s earliest of silverwares, the European Super Cup, defeating Real Madrid and, like last season, Atlético will finish LaLiga in second place, which is no mean feat. On the other hand, round if sixteen exists in both the Copa del Rey and the Champions League mean their season got robbed of any silver lining early in the process. In some ways, this season has also been one of transition, with Rodri smoothly filling in the gap by the departure of club legend Gabi and Simeone trying to incorporate more offensive firepower by splashing the cash on Thomas Lemar – which turned into a moderate success at best.

For Sevilla, the season is far from over, since finishing fourth is still on the cards. They will need to make up three points to Getafe – see below – and do better than Valencia, who can flush away their Europa League disappointment with two very winnable LaLiga matches, against Alaves and Real Valladolid. Simple maths suggest then that Sevilla will need all six points from their final two matches, starting at the Wanda Metropolitano this weekend. The pressure is on for Joaquín Caparrós, who hasn’t exactly been convincing results-wise in his first nine matches in charge.

Barcelona will be licking their wounds, coming off the disastrous Champions League semi-final defeat at Anfield last Tuesday. In what might prove a turning point for this generation of Barcelona players, they got rattled under pressure and failed to find that all-important away goal in transition offense. Even with the league title already wrapped and the Copa del Rey final still to play, the jury is out for manager Ernesto Valverde. Deviating from the club’s characteristic style of play only extra emphasizes the importance of results on the pitch, and that’s where Barcelona fell painfully short this week.

For Getafe fans, the sun is shining bright. Playing a very pragmatic defense-first style of play from a 4-4-2 formation, things completely fall in place this season and the club is well on course for their best ever finish. From a romantic standpoint it would be fantastic to see relative minnows overachieve themselves into the Champions League. However, qualifying for this competition on the back of a season where they concede more expected goals than they create generally does not bode well at all for next season, where expectations will be adjusted and the added European matches will provide an easy scapegoat to explain the drop back into mid table that was already on the cards based on the current season’s numbers.

First, let’s see how far the miracle of Getafe’s season can carry. 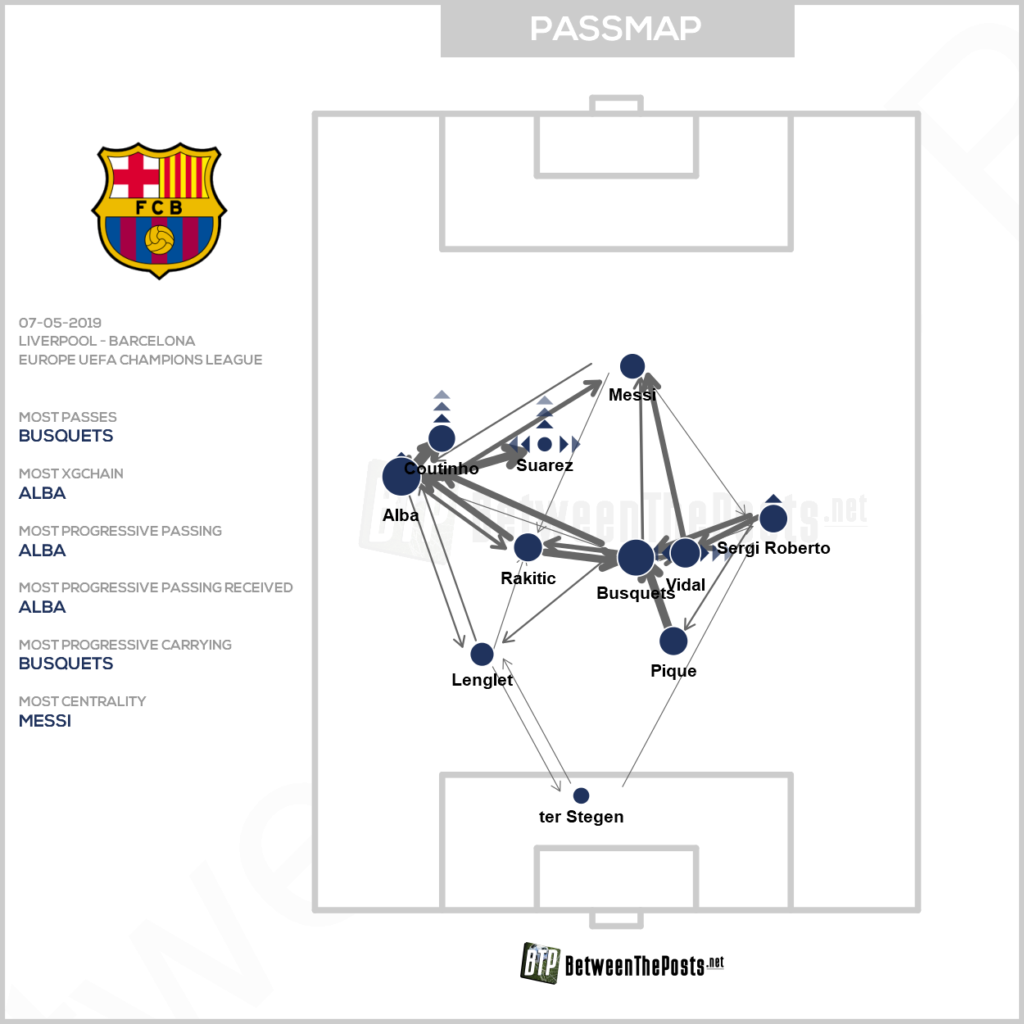 Le Choc des Olympiques is on in France, and it is quite relevant for both teams. If anything, this match is a sportive rivalry. Because these teams have the same preposition in their club names, it gets a fancy nickname, but these cities are seperated by almost 400 kilometers.

The sporting side is fun to preview however, as Lyon might just let it slip it all through their fingers. With three matches to go and PSG – of course – crowned champion, the jostle for Champions League and Europa League tickets is all there is left in Ligue 1 to cover.In France, the top two clubs get a Champions League group phase ticket, the number three goes into qualification rounds, the numbers four and five go into Europa League qualifiers.

Long story short: if Marseille win this, they will be tied in points with fifth-placed Montpellier, while Lyon are being chased vigourously by Saint-Étienne. Both teams need to gather points from this match, Lyon to keep their Champions League qualifier spot, Marseille to grab a Europa League qualifier spot. Game on. 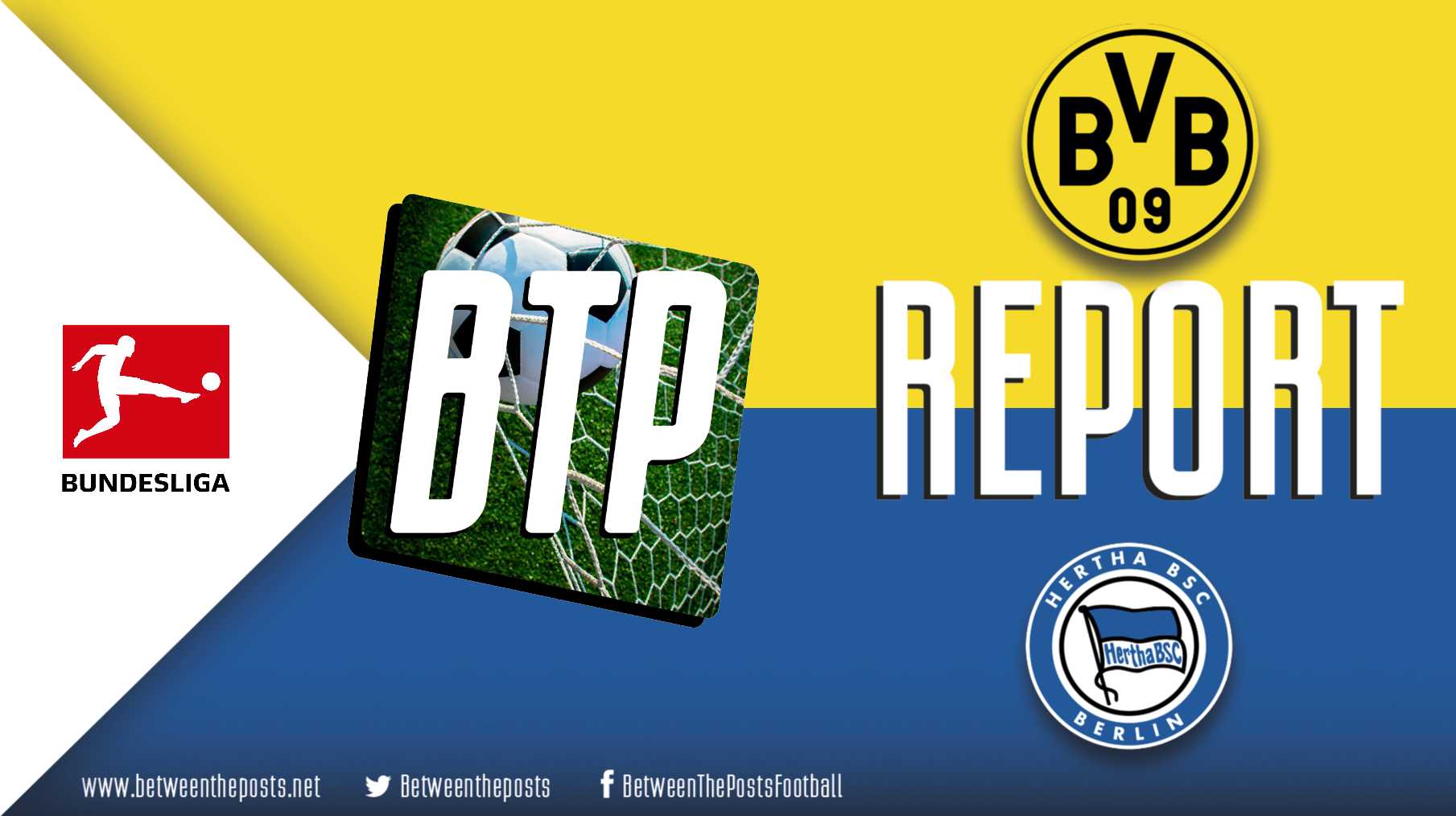