Manchester City and Liverpool’s duels are the premier fixture in the English calendar, and its latest edition failed to disappoint. Four goals, an array of tactical tweaks, and a typically high level of organization from both outfits made for a spectacle that tees up an exciting title race.

Recent meetings between Liverpool and Manchester City have set the standard for what it takes to win the Premier League. Seven weeks into the new season, their latest clash would be no different.

Launching a successful assault on the top four at the end of the last campaign, Liverpool have picked up from where they left off. Indeed, they came into this match with four wins and two draws from their first six league games, sitting first in the league table. Long term injury may have already struck the team again, but a sense of automatism has enabled them to excel both at home and in Europe.

Manchester City, too, are slowly finding their balance. Two thirds of the way into as hard of an away run as any side could face, they have shown their quality. While they lost 2-0 to PSG in midweek, the champions look more stable, mirroring the dominant display that saw them beat Chelsea. Bookend the defeat with wins over the two candidates to take their title, and City would have signaled their intent.

Jürgen Klopp set up Liverpool in their usual 4-3-3 system. He picked the same side that beat Porto 5-1 in midweek. Thus, Trent Alexander-Arnold missed out with a muscle injury, forcing James Milner to play at right back. Upfront, Roberto Firmino did not earn a spot in the starting eleven even though he had scored two goals coming off the bench, leaving Diogo Jota to play in the middle of the front three.

Manchester City manager Pep Guardiola mirrored his opposite man, going for a 4-3-3 setup rather than the 4-2-3-1 shape he has selected in the last two games. There were two changes to the starting eleven that traveled to Paris in midweek. Both tweaks were in the attack, where Phil Foden replaced Raheem Sterling, and Riyad Mahrez made way for Gabriel Jesus on the right wing. But as ever with Guardiola, the intrigue of his lineup did not end there.

Before kickoff, it seemed like Jack Grealish would start the game on the left of the front three. But here, it was the summer signing who featured in a central role, pushing Foden out to the left flank. Changes also took place to how City pressed. The two wingers made arced runs to cut off the access out wide to the fullbacks while Grealish dropped to cover the room behind them, shadowing Fabinho.

6th minute: Matip drives away from Foden into the midfield. Salah and Mané pin the back four, allowing Jota to drop between the lines and receive a line breaking pass.

However, their pressing did not click into gear from the off, as Foden rarely managed to arrive in time to unsettle Joël Matip. If Matip could break forward and step into the midfield, Grealish was also a little lax working back to slow down his progress. Forming overloads near the middle of the field through the dropping movements of Jota, Klopp’s men pushed City back deeper into their half.

Hence, Pep made a raft of adjustments as the first half went on. Among more minor tweaks, Kevin de Bruyne and Bernardo Silva would swap sides, but a clear structural change took place after fifteen minutes.

City no longer pressed in a 4-3-3 shape, now opting to set up in a 4-4-2 formation. They did not shift into this system with a symmetric arrangement by pushing a player higher next to Grealish. Instead, the tweak arose as pressing sequences went on. Gabriel Jesus would move forward from out to in to close down Virgil van Dijk, leaving the central midfielder to his inside to cover wider. An alternative variant emerged where de Bruyne would jump out from midfield to cover the center-back.

Gradually, City dominated the play, pinning the hosts back in their half by the end of the first half. On the ball, Pep’s men showcased their usual flexibility. An asymmetric back four was the base for their attack as Kyle Walker came centrally from the right while João Cancelo moved higher on the left.

40th minute: Bernardo and Grealish double up on Jordan Henderson while Foden pins the central defenders. City circulate the play and break the lines again to find de Bruyne.

Ahead of Rodri was where the fluidity became clear. De Bruyne and Jesus had more fixed roles to the right, filling the halfspace and wing. On the other hand, Bernardo, Foden, and Grealish, who roamed more to the left halfspace from the false nine role, kept swapping places with each other. Overloading a passive midfield line, their strong counterpressing stopped Klopp’s men from finding a way out.

City had firmly placed their boot on Liverpool’s throat, but they were yet to translate over their dominance to the scoreboard. So who would break the deadlock in the second half?

Klopp arrested Liverpool’s slump ahead of the second half as the last two lines of defense no longer sat off as passively as they had done before the break. Their energetic work off the ball gave way to a more open exchange of blows and eventually the game’s opening goal. As the hour mark drew nearer, Salah skipped past Cancelo on the right, driving into the final third.

He then drifted to the center of the pitch and found Mané, who had darted away from Dias. Only Ederson stood between him and the net, and the winger obliged, slotting a strike under the goalkeeper. A wave of red erupted: 1-0 Liverpool.

You don’t get this level of tactical insight very often from Klopp. Grab it while you can. pic.twitter.com/IIU6OmDehY

Both managers made their first substitution of this contest soon after Mané’s opening goal. Grealish came off for Sterling, who took his place in the center of the front three. Moments later, a straight swap from Klopp saw Firmino enter the fray in Jota’s place. His men seemed to take confidence from going into the lead, testing City’s resolve at the back. But the visitors would not give up easily.

In the 69th minute, Bernardo eluded pressure from Firmino before sliding a pass to de Bruyne. The play ran through to Jesus, who weaved past Liverpool’s retreating midfield and squared the ball to Foden. His touch sent him further away from goal, but the winger arrowed a strike beyond Alisson into the net. All square with twenty minutes to go.

The game had exploded into life on the scoreline, and the action was far from over. Seven minutes later, Curtis Jones threaded the ball into Salah, who seemed under control with his back to City’s goal. Cue a piece of genial play. Holding off Cancelo and jinking away from Bernardo’s lunge, the forward conjured up space from nowhere and broke into the penalty area, where he left Laporte trailing in his wake. Rifling a weaker right footed shot home, Salah had stunned the champions.

A goal we’ll never tire of watching. Out of this world from @MoSalah 👏 pic.twitter.com/mZEq9OI0Wx

City’s response was a mere five minutes away. De Bruyne clipped a pass into Foden, driving the play into the final third. His cutback to the edge of the box from the left found Walker, who could not make the most of his opportunity. But de Bruyne followed up on the delivery, ghosting into shooting territory. The Belgian obliged, dispatching an effort that deflected off Matip into the net.

However, it was the hosts that would come closest to taking all three points in this duel. A foul from Bernardo handed Salah the chance to whip a free kick into the box. Ederson misjudged the situation, leaving Fabinho free at the far post. The goal was at his mercy, but Rodri pulled out an exceptional last-ditch block. Trading punches to the last whistle, Liverpool and City had produced another classic.

Klopp will be frustrated to have seen passive defending at the end of a first half leave his team in a tricky spot again, but his men bounced back well, with Salah’s form and the fluency of the right edge of their attack coming clutch once more. They will now look to get back to winning ways against Watford in two weeks.

Manchester City’s display depicted the storyline of much of their season. Control on both sides of the ball carved the path to victory, but the final details in the attack proved to be more elusive. However, achieving this feat against all three outfits they have faced in the last week shows how the team is already operating at a high level. An intriguing season awaits. 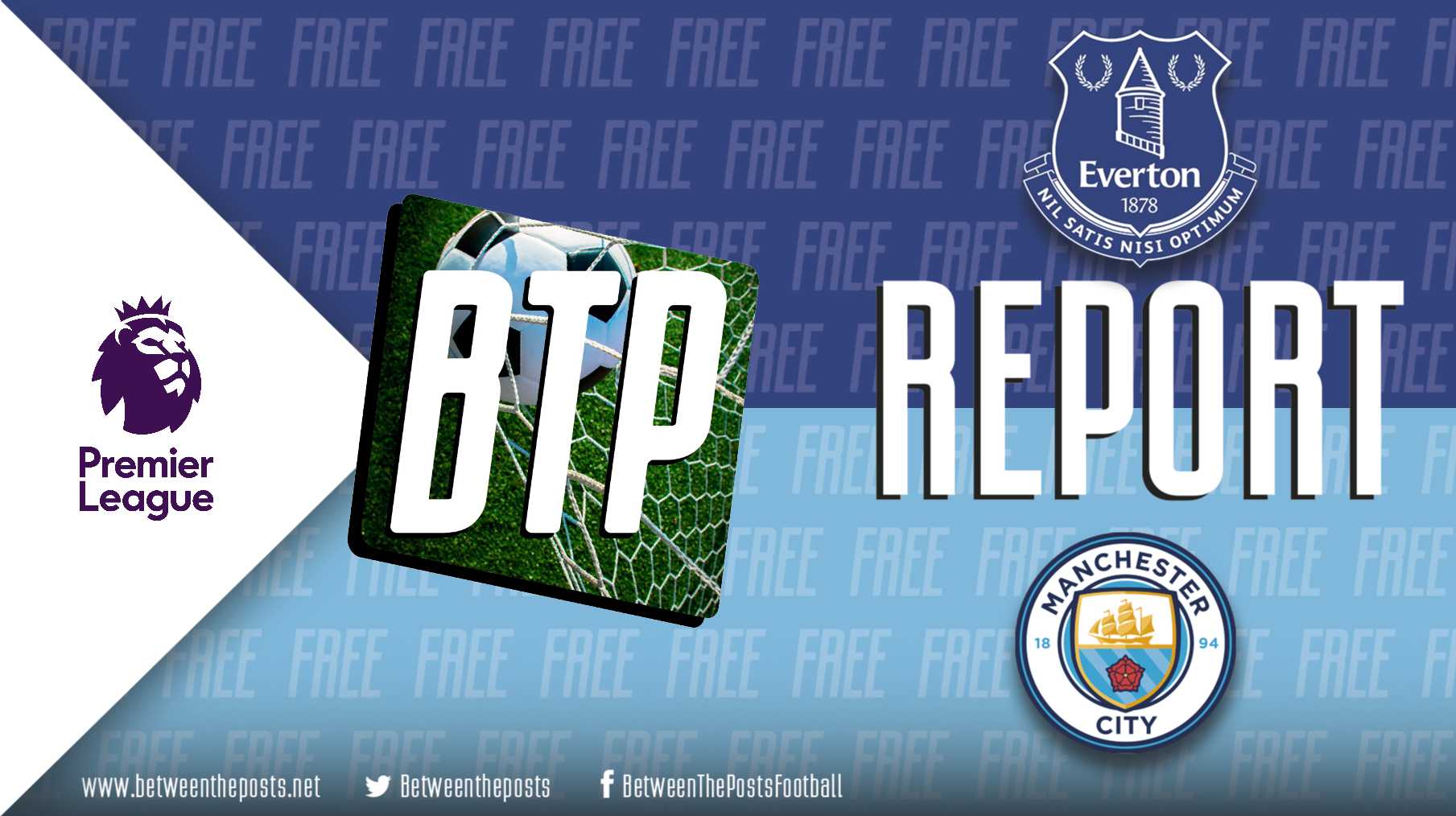 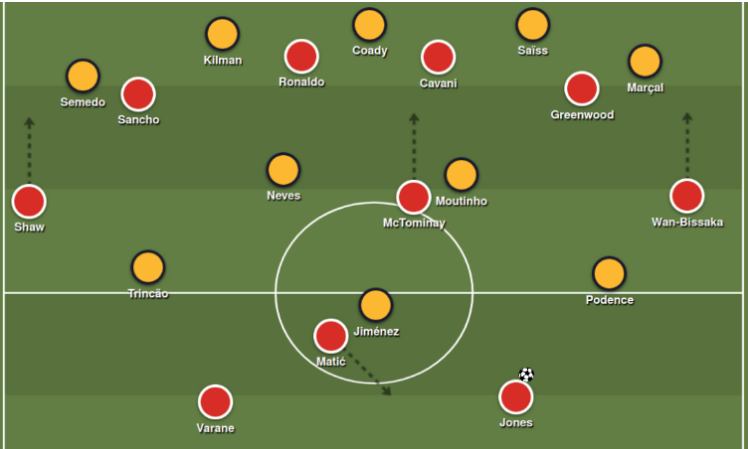