Torino – Juventus: A Grim Match Sees Juventus Use Torino’s Tactics Against Them (0-1)

A dismal display of two teams unable to string passes together and carry out effective offensive actions. Fittingly, from a set piece routine Juventus opened the scoring and then used Torino’s tactics against them. In line with their reputation, even this year, Juve’s solutions are endless.

When outsiders look at the Derby della Mole they often dismiss the game between an eight-time consecutive title winner and Torino. After all, the latter side has not been able to climb the ladder back to the top since the glorious and unfortunate “Grande Torino” of the 1940s and a second successful spell during the late 70s.

Fluctuating between Serie B and Serie A, where they have been permanently stuck in mid-table, occasionally hitting highs and lows, Torino’s biggest moment of the season lies in the derby. The Derby della Mole feeling tastes different on the “Granata” side of Turin, where a result can completely alter opinions regarding the season. When it’s time, Torino players don their armor, brandish their swords and step fearlessly onto the field, cheered on by their people and carried by the competitive atmosphere that fills the stadium.

Amidst the emotional attachment to the derby the people of Turin share, Maurizio Sarri’s first encounter with Juve’s local rivals comes as the ultimate test in a recent stretch of games that has seen Juve struggle to teams from the bottom side of the table. Against sides that sit back, willing to defend deep in their penalty area for large portions of the game, Juve’s possession game has often been too slow, and, while the defense has been as solid as ever, opponents have still found the back of the net from unlikely scoring positions in unexpected scenarios.

🎟️Online on https://t.co/R2C3qEJ9ca there are still a few tickets available in the Curva Primavera to be sold to the Fidelity Cuore Granata holders#SFT pic.twitter.com/FQGSXMGiG2

Torino bend the game to their will

In a 3-5-1-1 shape, Torino sat in a medium block A medium block refers to a team that retreats in their own half out of possession, generally only disrupting their opponents some way into their own half. to cover central areas. The central density created by Torino’s defensive structure automatically directed Juve’s possession wide, but Belotti and the wing-backs still pressed the center-backs and fullbacks on the ball to administer the circulation. Verdi, meanwhile, marked Pjanić.

In the first ten minutes, because of the number of men the hosts would involve in their pressing actions, Juventus sorely struggled to bypass Torino’s pressure and find space in and around their opponent’s defensive block. Conversely, Mazzarri’s men reached the final third The one-third of the pitch that is closest to the opposition’s goal. without breaking too much of a sweat, aided by a bland pressure from Juve.

Despite Juve’s central midfielder’s pressure on the half-backs, Bernardeschi’s marking of Tómas Rincón and the fullbacks’ patrolling of the wing-backs, Torino could stretch and disrupt the opposition defense by dispatching second balls. Subsequently, they would access the strikers – Belotti in particular – who would drift wide to engage right-back Juan Cuadrado in one-versus-one duels. While Torino were direct by choice – or rather by need – Juventus were often too impatient on the ball and immediately looked for the farthest player’s run in-behind Cristian Ansaldi. 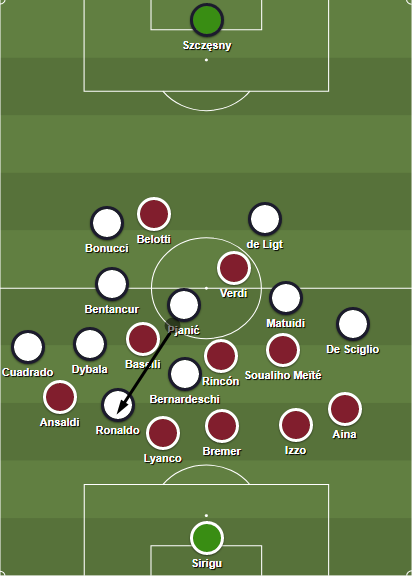 Juventus tried attacking the space behind Ansaldi through long balls.

Alternatively, Cuadrado would cross compulsively, searching for Ronaldo in the air. The inefficient De Sciglio- Blaise Matuidi link on the left side also contributed to making Juve’s play slow and predictable, since every pass that breached the center automatically staled. As a result, Juve’s possessions did not guarantee stability, so the ball went up and down the field each time one team lost control of it.

In the first thirty minutes of the derby, Torino achieved in their objective of throwing the game into disarray, a series of one-on-one duels that inevitably broke up the play and prevented Juve from finding their rhythm. The eight corner kicks Torino collected during the first half paints a vivid picture of the disrupted nature of the game as well as the ease with which Torino was able to reach the final third. 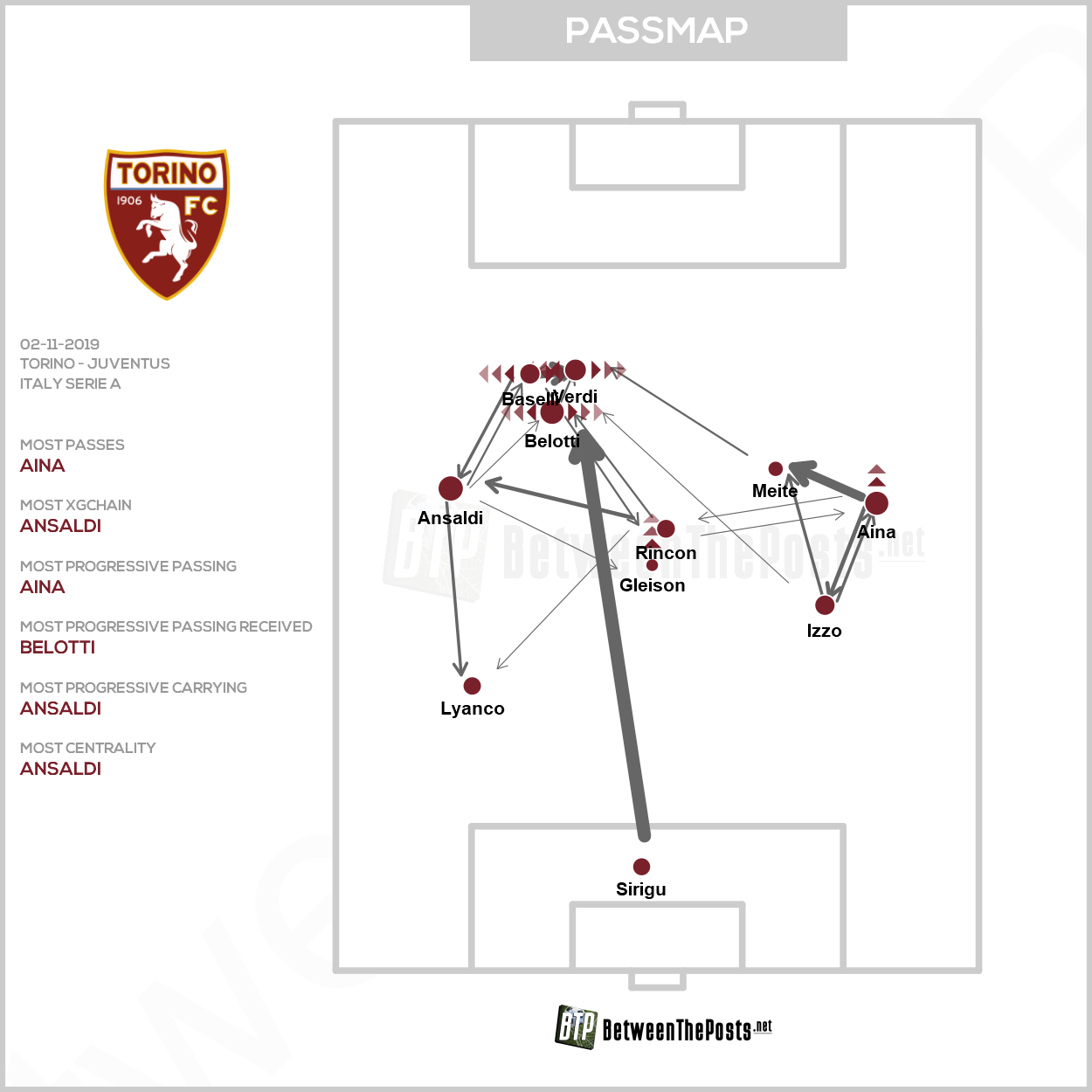 Juve being Juve, they find a way

As if no half-time break had occurred, the second half resumed in where the chaotic first half had ended.

In contrast with the first half, though, Torino found it harder to establish breakthroughs. The disruptive measures that Torino had employed so successfully in the first half slowly started affecting them as well, stretching their own lines and expanding the space Juve’s attackers had to counter.

Ironically, Torino’s tactics turned against them completely when Juventus took the lead from a corner. Even prior to Matthijs de Ligt’s goal though, one of the fouls intended to disrupt the visitors’ play had almost given Juve the lead. When Gonzalo Higuaín hit a free-kick cross with a first-time volley that Salvatore Sirigu strong-handedly deflected over the bar the plan orchestrated by Torino started showings its first cracks. Then, Pjanić whipped in a corner to Higuaín on the far post, who neatly laid off the ball for de Ligt to push into the back of the net.

Before the series of events that lead to the goal though, Sarri had subbed out Dybala and Bernardeschi for Higuaín and Ramsey, to little effect. The Argentine striker’s first-time switches sped up the play, and his dropping movements facilitated the ball progression, but Juve were unable to use these features to their advantage. Therefore, the scrappiness carried on until the final whistle in what seemed more like a battlefield than a football match. 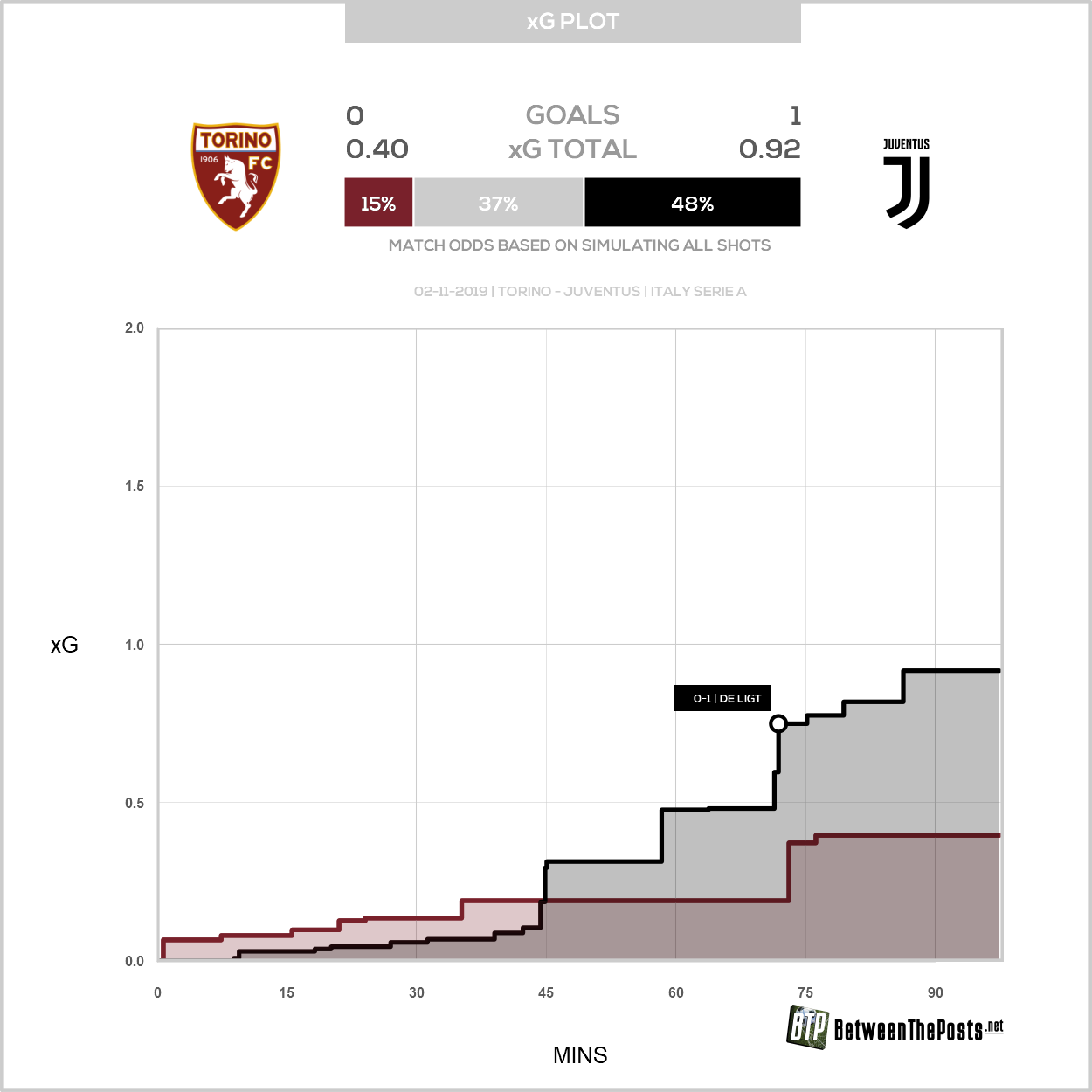 The Derby della Mole offered little to none from a tactical aspect and even less excitement from a neutral spectator’s point of view. It ended in a way many of Juventus’ adversaries have seen inflicted on them over the years. In an Allegri-like performance, Juve won in the only available manner, that is by exploiting the only chances Torino gifted them: set-pieces.

One year after an overperformance helped Torino enter the Europa League qualifier rounds that they ended up crashing out of at the hands of Wolverhampton Wanderers, Mazzarri’s men are regressing to the mean. In any event where a certain factor of luck is involved, like football, outcomes that differ from what one would expect based on underlying statistics are not sustainable over long periods of time. When a team starts scoring or conceding goals again in a way that is more suitable to their underlying statistics, this is an example of ‘regression to the mean’, as the unexpected results do not occur any longer. Stuck in thirteenth place and on a winless streak of six games, the manager’s future in Turin is looking grim, almost more than the inescapable ineffective brand of football being perpetrated.

When stripped of the right to carry out their passing game, Juve turned the tables, accepting the tactical contest imposed upon them by a dysfunctional eleven and disruptive opponent to win the Derby della Mole. 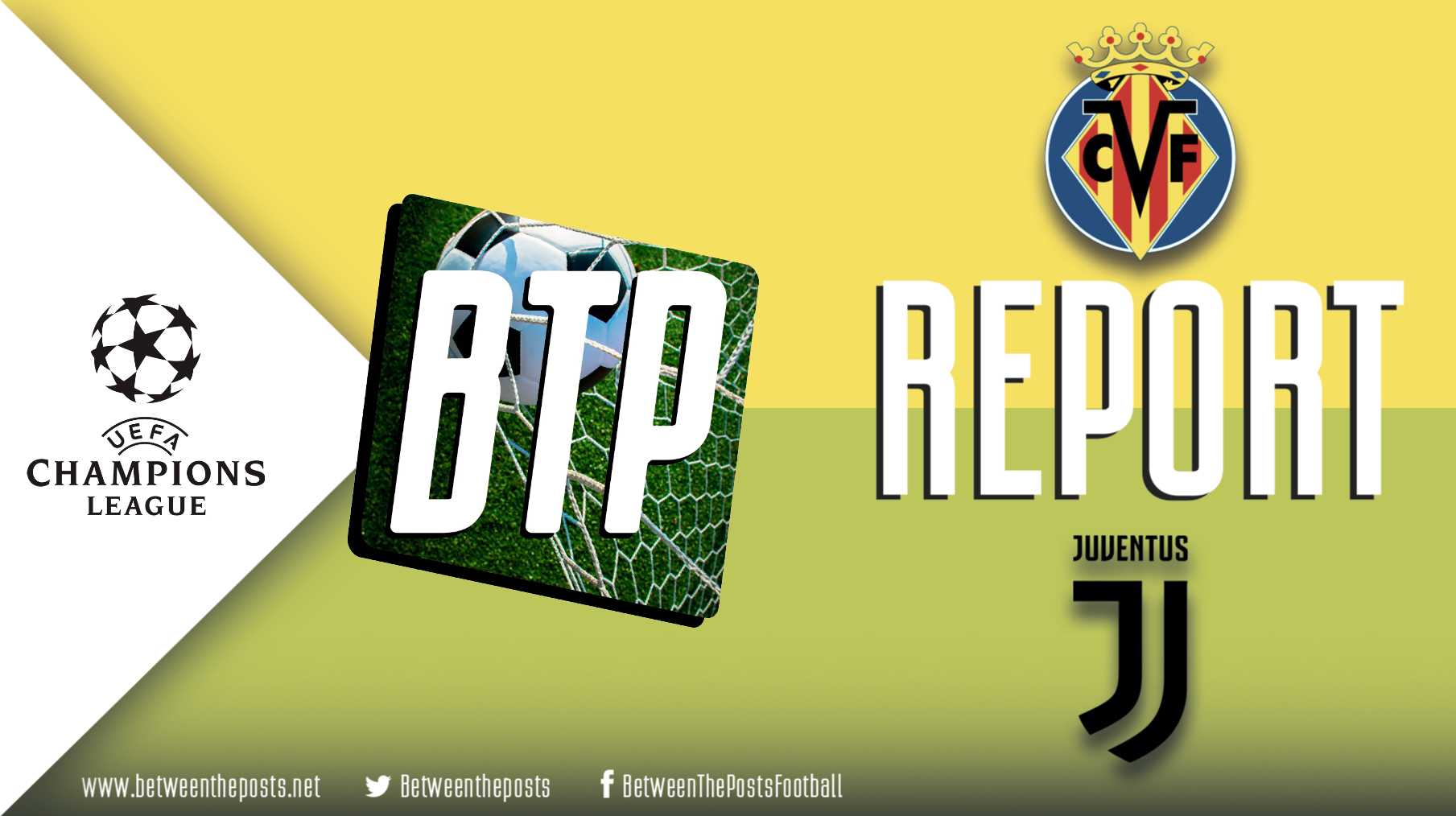 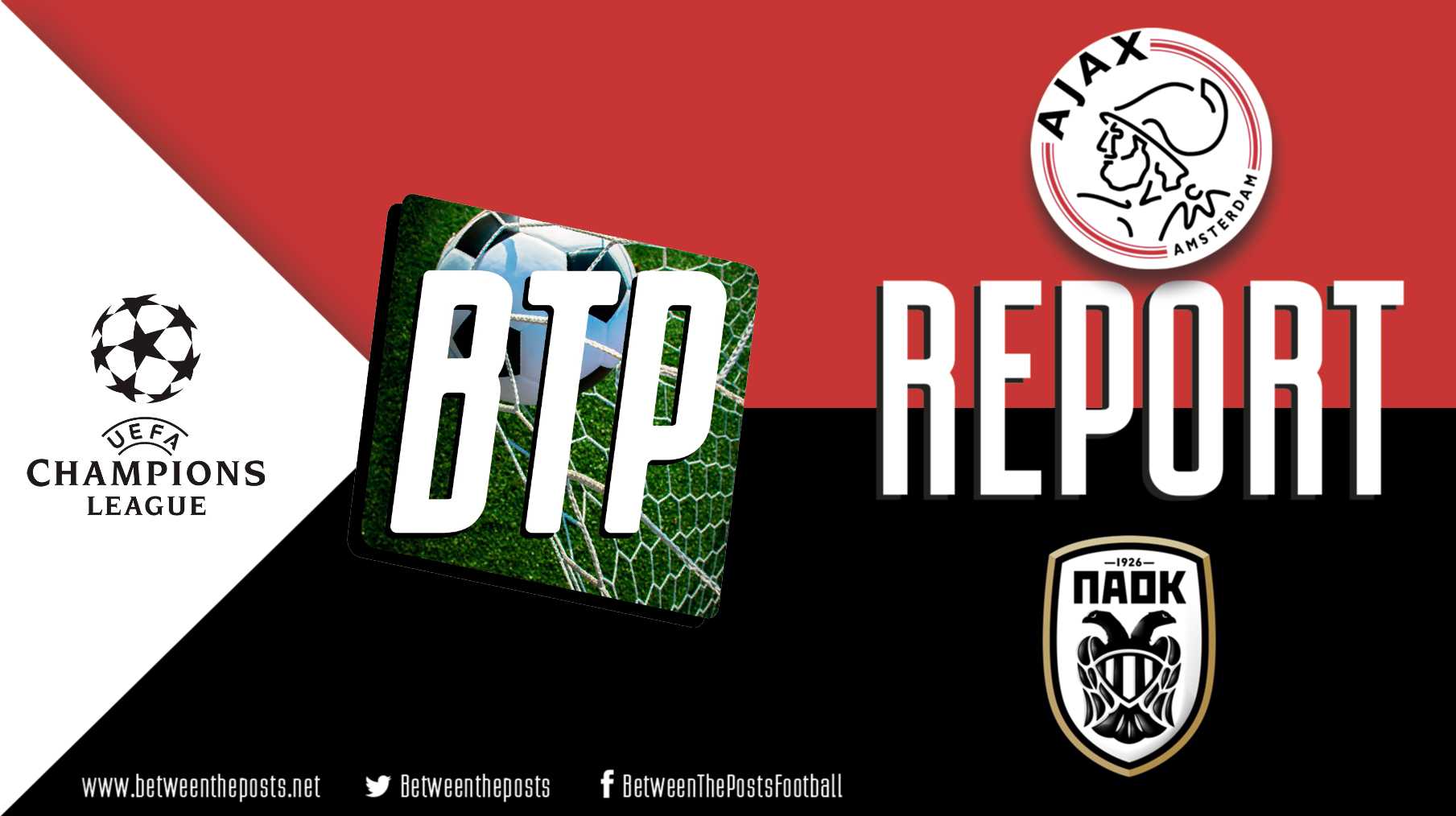